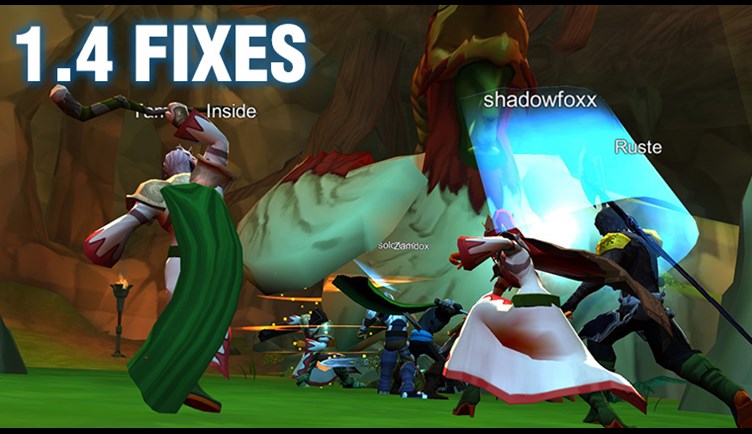 Normally when I write design notes I spend a long time taking pictures and making gifs because folks like pictures and gifs, but I want to get this done fast so all you get is words.

Yesterday was a big day for AQ3D. We released patch 1.4 which contained a LOT of new stuff.

Because 1.4 contained all of our updates to Unity 5.5 it also meant that we had to essentially re-upload all of the game's content. A lot could have gone wrong but very little did. Sometimes you just get lucky.

Still, there were some issues and we're working to resolve them.

One of the hoods lost its texture and appeared all pink.

a few people were getting a login error because their ISPs cached the old game directory path. Nothing we can do about that but wait.

The Travel Crystal in Battleon isn't clickable for players under level 3 (weird one).

Almost everyone loved the new screen shake when you hit something, but a few people said they found it distracting and a very small group actually get motion sickness from it.

I spoke to Zhoom about adding a screen shake option in Settings. He said it would be very possible and you can expect it in a future update.

Again, you guys were overwhelmingly positive about the costume slots. We got praise from every direction for this one. But we didn't execute the release perfectly.

This lead them to assume, very reasonably, that only certain items would go in the stats slot and other items would go in the cosmetic slot so they bought the cosmetic Crown before we even launched 1.4. Once the Costume System went live and they found that they could use the normal Crown of Twigs in the cosmetic slot, they felt burned. They felt like the spent 800 DCs for no reason when they could have used the drop they already got or even the one they got last year!

So, we fixed it. We removed the Crown of Twigs cosmetic from everyone who bought it and gave all those people an 800 DC refund (If you noticed your Crown has gone missing, this is why). So now, the people who felt ripped off get a refund and those who want to buy it rather than farm for it can just buy it again. No harm, no fowl.

There are a few other small bugs but nothing game breaking. If you find a bug, make sure you report it. We made it EVER EASIER to report bugs directly from the settings! 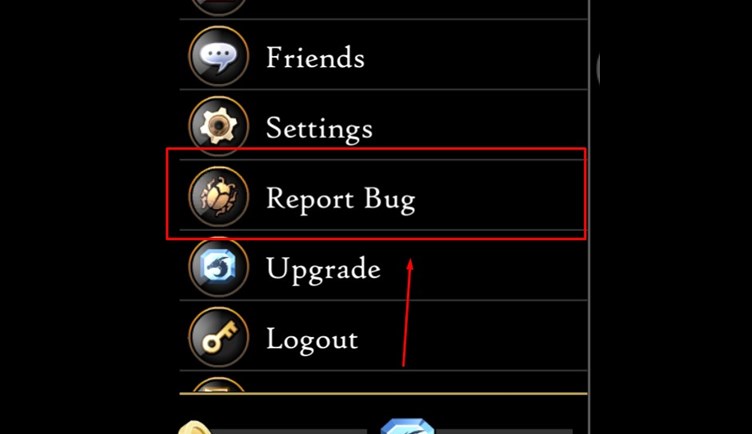 OK, so I added one picture. Sue me.

Work continues on the Ashfall Saga. Korin is working on the 3 small cinematic and animating the new monster type we are adding. Dage and Thyton are cranking out weapons and armor for level 16 and 17 adventurers (Yes, we're raising the cap again)! Llussion has been working on the 4 new areas steadily... The Slabs, Brimston Ruins, The Magma Mines and Tower Pass. I've written 27 new quests (not counting side quests or farming quests) and 11 new dialogues that build the story and bring you closer to your confrontation with Dragonlord Talyn, Yergen is working optional side-dungeons to fill the areas out... it's going to be another big one but it won' take nearly as long as Part 1 did to arrive.

We are also nearing completion on our Kickstarter area where out Design-A-Weapon backers will be able to pick up their custom weapons (cosmetics versions first, stat versions released later if they wanted them released in the game).