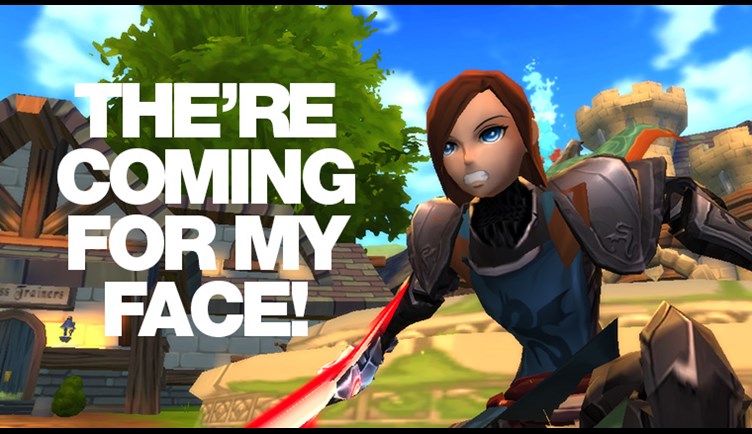 Hiya guys! The AdventureQuest Team has been on FIRE this week! (Explains why the Fire Trucks keep showing up.) While the gang is working on intro improvements, new battleon, Ashfall 3, new items, new transformations, and stat balancing and class improvements... *breaths*... I spent some time with Xero and Oishii working on FACES.

Public service announcement: NEVER LET ME DO YOUR MAKEUP. Because every time they let me paint lipstick on the 3D face model someone was obligated to say, "Did I ever tell you how I got these scars?" in their best joker voice. 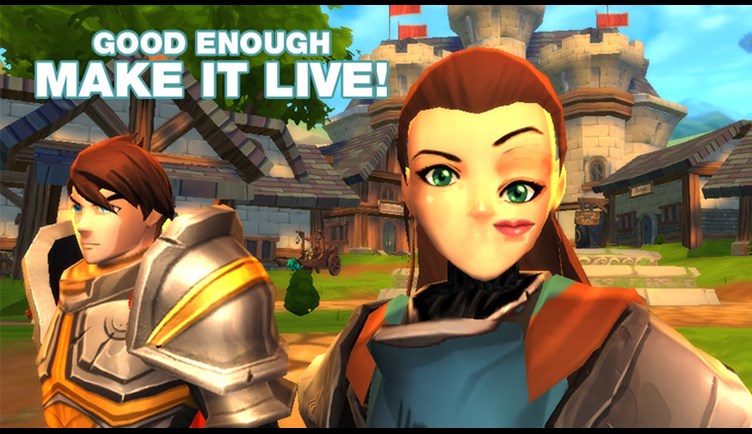 In the last post on faces I talked about how far we could push customization. O_O I found out. By using mesh deformation on our character models we can have an insane level of customizability! Xero... already had built an entire working system. I could change nose lengths, cheek widths, and well, everything. But what about game performance... can we use 3D mesh deformation in our mobile MMORPG? Let us ask a random game character to find out.... 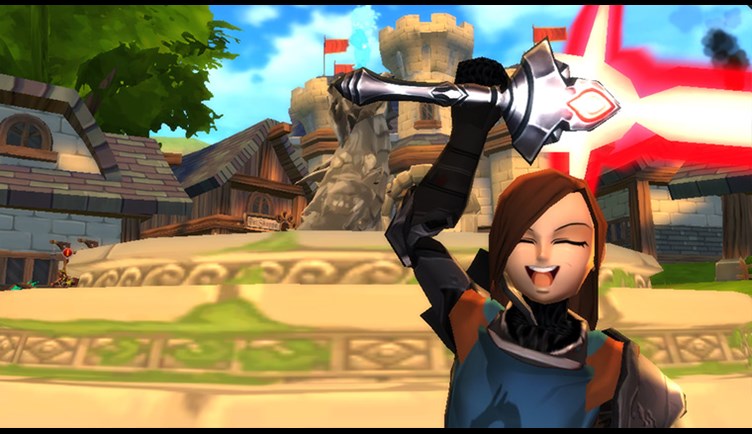 *Table flip* Nope. While super customization is something we may be able to do for those of you with awesome Gaming Rig PCs, it seems like this level of customization will not work on your phones. Sorta feels like us devs just got trolled by our own game. Whenever we play around with ideas and find we cannot do something we want... I think it is MORE important to focus on what you CAN do. I think this is a huge difference between people who give up and never achieve their dreams/goals and the ones who keep pushing through no matter what until they succeed. Fortunately we have some interesting options that we are playing around with and I will keep you posted. We do have the ability to control facial expression, character pose, added accessories, and facial hair. So until then... 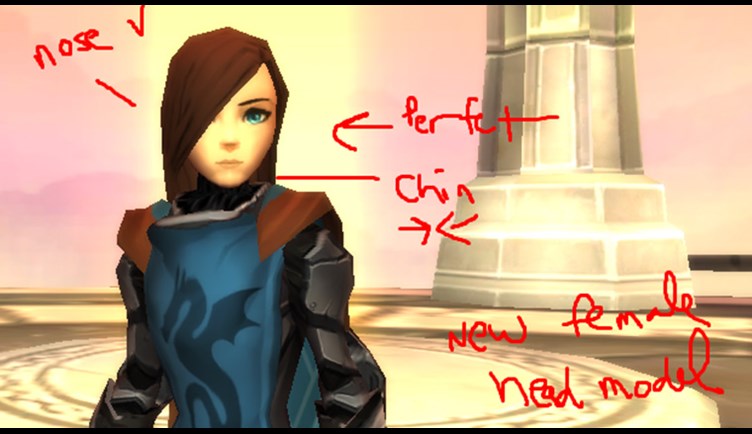 (She looks so sad in this image. Quick.... someone get her a puppy or a Legendary Magic Sword!)

Round #24 of "Female character 3D face design" ended up really awesome! There is no such thing as a single perfect face. But our current female faces are a bit too alien. Many of us got used to it-- sorta like how no one likes beef jerky at first, but it grows on you. (Literally if you forget to bathe for too long) We wanted the female to look a little older, a little more DragonFable, and be something you would expect from a game studio that has 100x the budget we do. So we started by fiddling with the face dimensions. 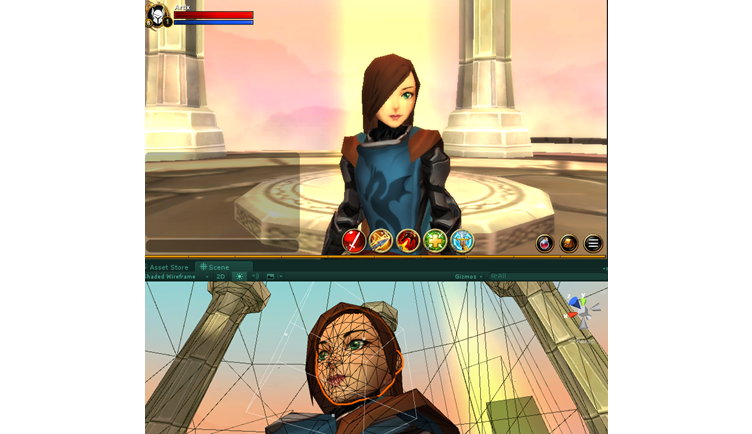 I was tweeting sneaky pics all day on Monday and someone said, "She looks so sad!" We immediately corrected it... but went, perhaps... too far O_O 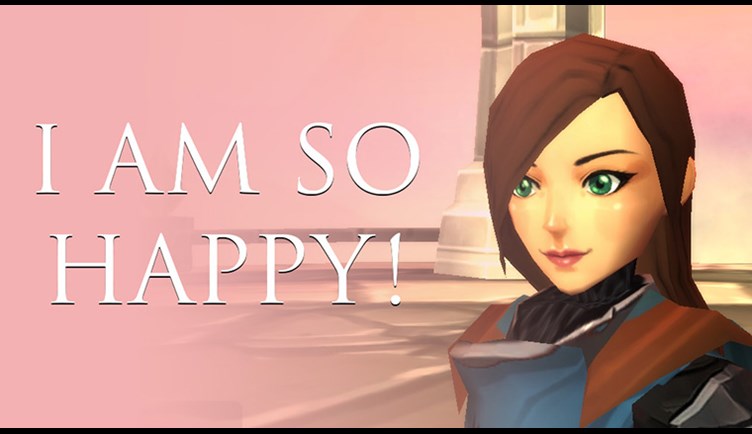 Mages ensured that she always be happy by casting a magic spell that turned her face into plastic. It is OK... we eventually found a counter spell. 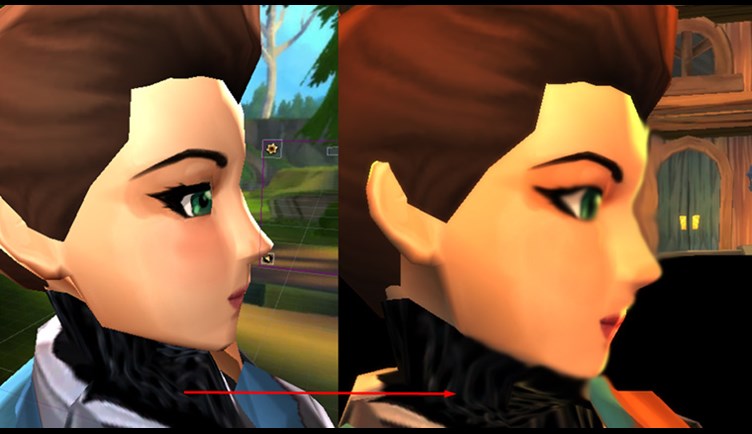 There are HUUUUUUGE differences between the image on the left and the one on the right. No, seriously. I am not joking this time. When you find yourself spending hours on this level of refinement... you know you really care about something. The funny thing about 3D faces... the model and the texture are equally important. A small thing can be off on either of them which dramatically changes the whole thing! But this is also good news... because any level of customizability on your end can make huuuge differences in how you look. 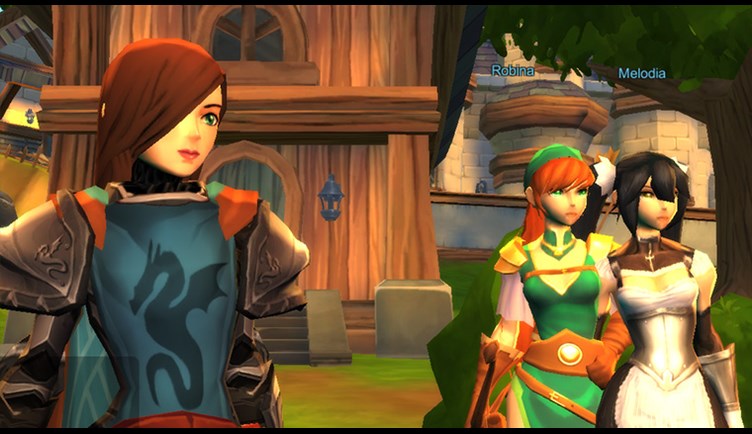 By the end of Tuesday, this is where we were at. The new model has a fantastic shape, and feels far more "alive" than the previous versions. In this image you can see that the old models have some issues in their chin, noses, and even though their hair is covering their eyes you can see they are a little less lively. But there is something slightly off about the new model that we are going to tweek... the eyes are just a little bit too open making her look constantly surprised. Also, the eyes need a touch more shadow in the white to make them feel more believable. Finally, the lip color is really nice-- especially since it will universally solve the problem we were having with lips and different skin tones. But it is just a smidge "pursed" so we will nudge the lips a bit to make them more natural.  When players are in town and talking, they should have pleasant, friendly expressions by default. In combat they should show their combat face. Camera angle and distance from the character also play a large role in how the character will actually look while you are playing. The first couple revisions we made the eyes and mouths too small resulting in us having to redo them! 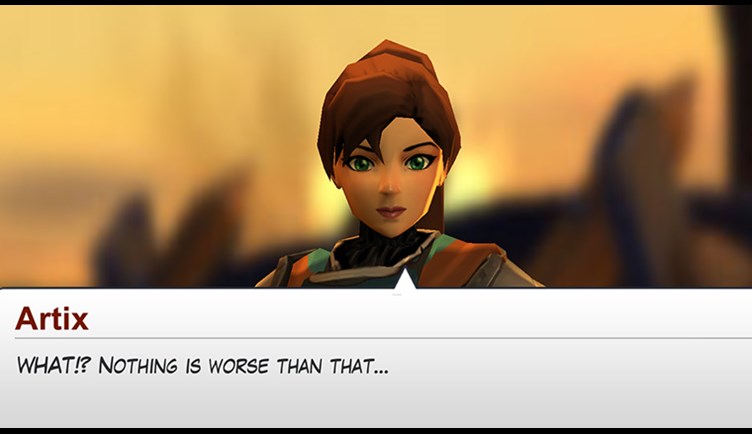 This is how the female character looks in a JRPG style dialog. 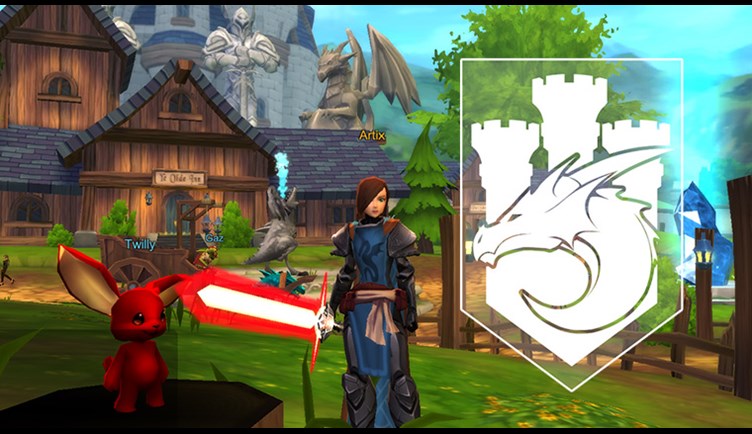 New Town of BattleOn and all the other stuffs!

The new town of Battleon can hold 50% more stuff!
Yergen optimized the new version of town so much that with tons of NPCs, 15 players, and some bonus stuff added it has better performance than the current version Town of Battleon that is live in game now! O_O

Intro Improvements
Yesterday, our content team officially began the crawl... starting with the intro, we will be going through each and every zone. Fixing them, upgrading them, putting the sorts of things in them that made Ashfall parts 1 & 2 so fun. Right now we have a pretty startling drop off of brand new players-- that is players who never make it out of the first area. Looking at the data we believe this is a combination of loading bugs (most of them fixed in the latest patch) and a few bumps in the intro which less talented players seem to get snagged on. So here is what we are doing. We are going to do a quick "band aid" fix on the current maps... and them make them live and watch the numbers. If they go up, we know we did the right thing. Then we are going to do it again... and A/B test it. (Which means run two versions and keep whichever one performs better.) New players should get familiar with the game and then, when it is ready, travel via a path to the new Town Of Battleon which will be full of more quests and advanced game things.

Stat Balance & Combat Improvements
Zhoom, Rabblefroth, and Percius are almost ready fort he testing phase of our new stat system. I really think you guys are going to like this-- at least I think you will after you get over the initial shock of "not being able to miss monsters unless they are actively using an evade skill". Many players will rejoice that we are fixing the XP curve and quest rewards  which will remove the grindyness of leveling. In general, you are going to be more powerful and following the main storyline of the game will be casual... while you expert, elite, rare boss monster hunting crazy types will find true challenge off the beaten path. Ashfall really proved that this is the right direction and glad so many people are on board with it.

Other Stuff!
Hmm, what else is going on? Korin has been preparing some new travel forms. PanicPop and Charfade have more UI interface improvements coming including new level up screens! Dage and Thyton have been working on some special item sets which you will see in a.... *SECRET*... which will happen soon. Meanwhile, I have been planning the next 50 levels of areas and adventures (at least this is what I should be doing instead of writing you the worlds longest design notes). See you tomorrow!