I am very excited to announce that AdventureQuest 3D is now in the ALPHA TESTING phase!

The Tech Demo was a success! We called it a Tech Demo to (unsuccessfully) avoid confusion with the previous incarnation of AdventureQuest 3D. We are changing our status now because the game's base features including Combat, Quests, Monsters, Item Drops, Maps, and the most important feature, the new Account System, have been completed.

Thank you again to all of you who participated in the testing! We are rewarding tech demo testers with a special AdventureQuest Worlds “AQ3D Tech Demo” Badge and the soon to be ultra rare “Tech Demo Star Sword!"

I would just like to take a moment to remind everyone that AQ3D was made possible thanks to you. We have no financial backing at all. 100% of our funding comes from the players of our games and this game does not have anything to buy yet, so everything that currently exists in AQ3D does so thanks to the generous support and faith of everyone who has purchased a membership or coins in our other games. We appreciate it and we will not let you down.

Why? The major change prompting this is AdventureQuest 3D’s brand new account system. Yup, we built a new account system from scratch. It will allow you to log into all versions of AdventureQuest 3D including Apple iOS & Android phones and tablets, and on in your web browser via the Unity plugin. It will also work with the downloadable version if we make that for Steam. You can login using Facebook, or create a new AdventureQuest 3D account the normal method, which uses your email as your login. These new accounts are super secure (not to mention that make it possible for you to have multiple characters in the future.)

THE RETURN OF ALL AQ3D TESTERS!

The best part of Alpha is that EVERYONE who has ever supported our game studio by upgrading in ANY of our games will be able to join us in the test. This includes all testers from the original incarnation of the AQ3D.

Anyone who participates in the Alpha Tests is hereby granted the title of Alpha Knight… and will receive the (very likely to be considered the ultimate rare of AQ3D) Alpha Knight armor. The armor has already been designed… you can see it on the login screen. However, it will not be released until we get near the end of the Alpha Phase. The Alpha testing process is a big deal… it is the kind of experience we pride ourselves as a game development studio on. Updates are rapid, things are continually evolving, and most importantly nothing is final! There will be evil bugs to squish, crazy technological blunders, and a lot of fun memories. No matter which of our current games you love right now, we hope you will join us and be a part of AdventureQuest 3D’s creation.

It is time to start the Alpha Tests. Create your shiny new AdventureQuest 3D account and join in! 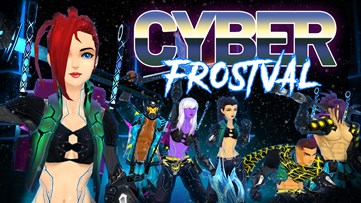