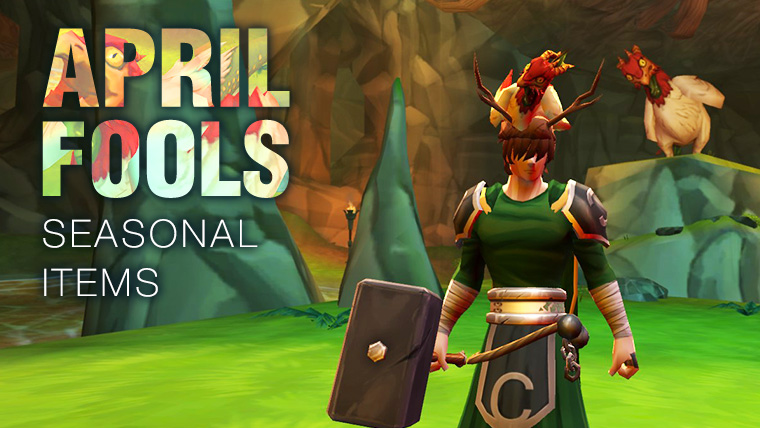 THE CROWN OF TWIGS

April Fools Day is one of the internet's favorite holidays. From playing Ms. Pac-Man in Google Maps (Which you can do now. Just open Google Maps on your phone) to Netflix introducing NEW EPISODES of the beloved show Firefly (painful but classic), everyone takes the day to be silly and get a few laughs.

Today marks the return of AQ3D's very FIRST seasonal rare and the very best helm in the game (in my opinion)... the Crown of Twigs!

The Crown of Twigs is BACK and the other missing items have also returned to the game as well as a few new seasonal rares, all themed after our favorite monster, the dricken.

Gaz in Battleon is selling some of these proto-costume items, including what we are calling a proto-costume version of the Crown of Twigs. 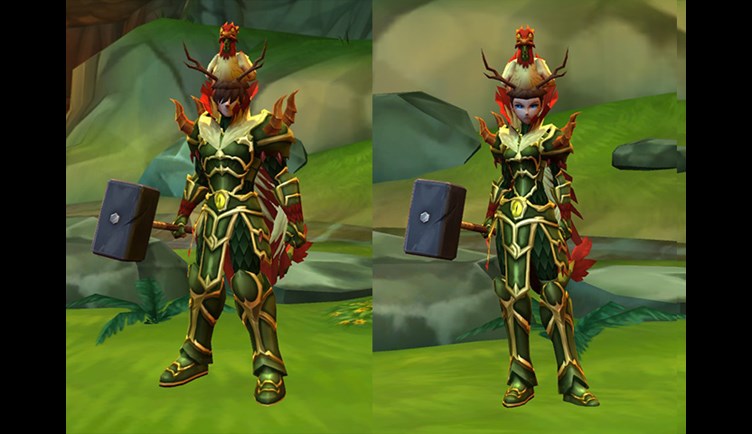 All of these items will be here for ONE WEEK. When they leave, next week, they will be gone for another year. 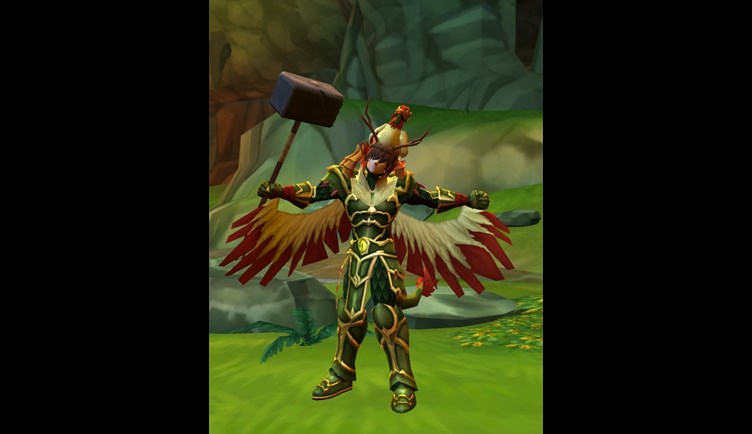 NOTE: This cape will release on Monday.

The Costume System will allow you to equip cosmetic items just for looks. You will equip one item for looks and another for stats so if you like the stats on the Drake Hunter Cloaks but you like the looks of the new Plucked Feathers cosmetic, then you can equip both (in their correct slot) and get the stats of one but the look of the other.

Of course if you like the item just the way it is, there's no need to equip a cosmetic item. Just leave the costume slot empty. 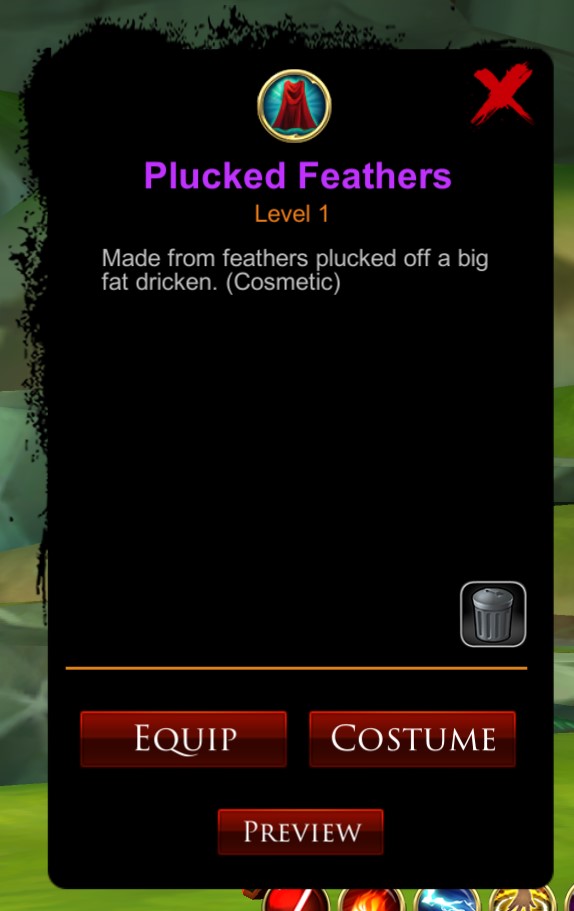 The first version of the Costume System is coming in AQ3D version 1.4 which arrives Monday so, until 1.4 goes live, all of these items are PROTO-costume items which will simply look like level 1 items with no stats.

You can also farm the Mother Hen Dricken inside the Dricken Cave for some fairly hard-to-get seasonal rares. These are normal items of various levels, including the original level 12 Crown of Twigs. 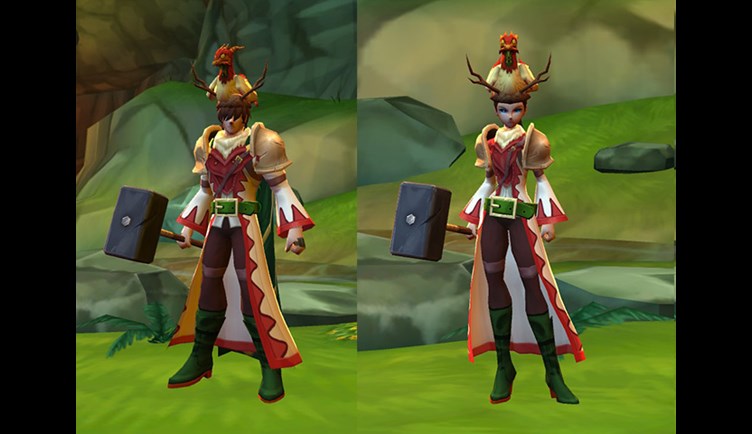 Like the items in Gaz's Shop, these seasonal rares will only be around for ONE WEEK so get them while you can!

I'm sure you've already seen it but I have to talk about Artix Entertainment's new Retro//VR Virtual Reality Game Conversion Headset! 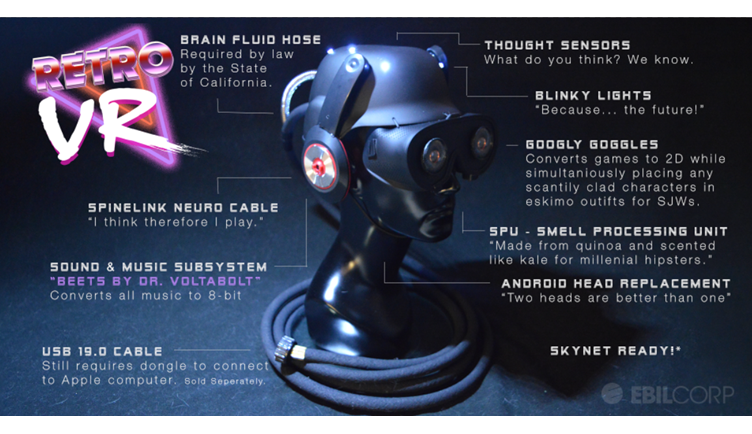 Virtual Reality is only growing in popularity. It's the wave of the future and whomever comes up with the best VR headset will provide the hardware for this entire technological revolution!

Remember when BluRay and HD-DVD were fighting to see which format would dominate the High Def market? No? NOBODY DOES! That's what happens to the losers in this VR hardware war... they fade to obscurity! That won't be us!

We've been developing this in secret for about a year and I have to say that it's going to be what puts AE on the map and makes us a name recognized all over the world.

To celebrate the release of AE's #RetroVR, we've giving away FREE items in AQW and AQ3D! Just talk to Gaz and grab your Virtual Box, which will open after AQ3D 1.4 goes live and become your own virtual virtual reality headset!