Are you ready for the final boss fight of the year? Join us in AQ3D to complete the entire Lolosia Saga. Complete the Sea God’s Trident and reach the new level cap of 42! Plus, we’re preparing for the New Year’s Eve Live Events. 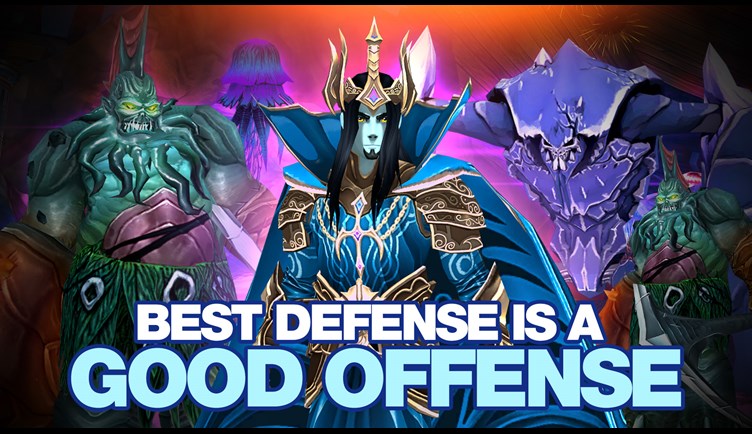 King Nautilus will help repair the trident but Atlantis will be vulnerable to the Sea Ogres with him being distracted by this task. Find the Shipyard and stop the Sea Ogre incursions once and for all. Inside this dungeon you will battle your way through Sea Ogres, dangerous sea animals, and… darkness.

Hint: Look for the sand paths and use pools of Light to combat the Darkness. 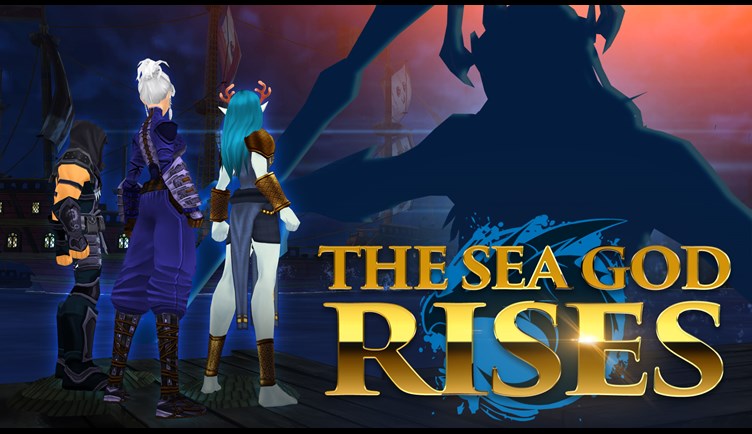 Race to the water’s surface to face the Sea God once the trident has been reforged. Amongst the debris of shipwrecks, avoid the Sea God’s tentacles and combat his powerful attacks with help from your friends. You must find a way to subdue him to bring peace to all who sail, and live in, the sea.

Talk to Aquella to replay the story version of this fight, or play the level 40 Challenge with up to 10 of your fellow players.

Note: There is also a chance to pick up a Coral Headpiece which resembles Atlantean Water Elf ears. 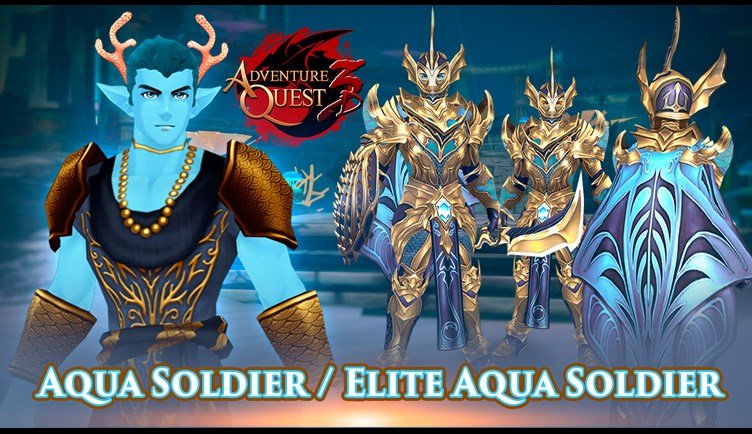 You can obtain pieces of Aqua Soldier gear from the Shipyard and the Sea God fight. However, Sulfin has returned to his shop with Kenai in the city of Atlantis. They have shops to help you acquire missing pieces and upgrade their power stats, if you like.

The Royal Guards know how you can get your hands on a set of King Nautilus’s clothing. Earn enough Royal Favor to persuade the palace tailors to let you take home a set of your own. 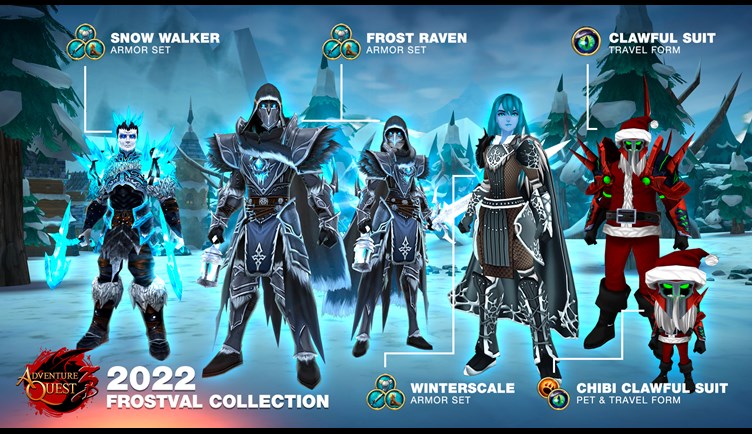 Huzzah, it’s here! Visit Blizzy in Battleon or in the town of Winter’s Grasp to get the 2022 Frostval Collection now. Buy the Collector’s Chest and get the title “Frosted”. 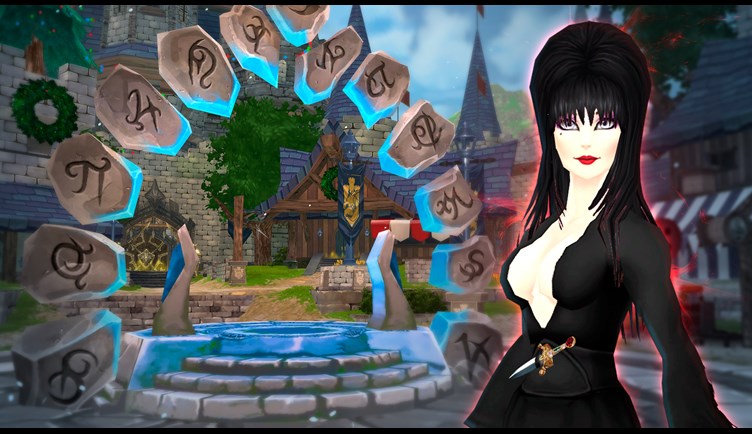 Elvira is Preparing to Leave AQ3D

Elvira has moved next to the Travel Portal in preparation to leave the game. All access to 20th Anniversary content has moved with her and is only available on Elvira now. When Artix finishes his Live Events on New Year’s Eve, Elvira and all of the 20th Anniversary content will be removed. The individual mini-game maps will return to the game permanently after we have done some re-working to completely remove some of our special guests from the content. 20th Anniversary Troves will be able to be completed when the maps return. 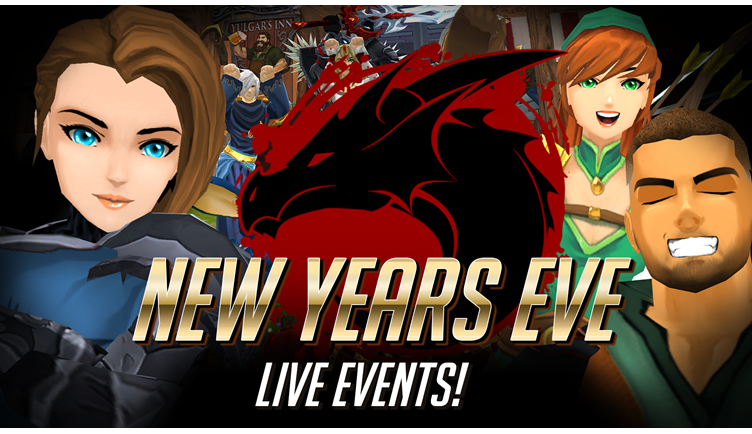 Artix will be back for his New Year’s Eve Live Events to ring in 2023 around the world. This year he will only be able to host 3 Live Events, but we encourage you all to ring in the new year with your friends in AQ3D as well.

20th Anniversary Event ends around December 31st, 2022 (depending on your time zone). 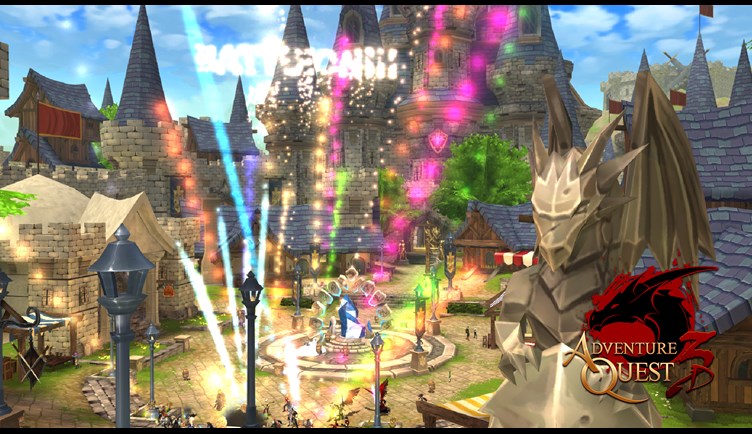 Next week Gaz will be offering a rare opportunity to acquire any of the non-Guardian monthly promo items for a limited time but at a steep price. Don’t fret, because you will also get your New Year’s Gift from the team: Free extra inventory spaces!