Team vs Team matches have just been released in AdventureQuest 3D. This is a major new feature. The first map is called "Battle Falls". (Given how high up the walkways are, this is a VERY appropriate name!) Work with your team to control key areas of the map, and defeat your opponents for even more points! This is the first of many PvP maps. 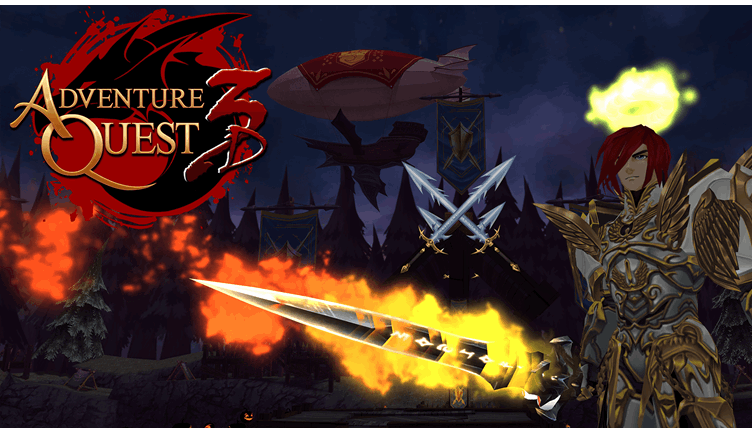 There are also some epic rewards available for taking part in PvP, start earning them now and show off your prowess everywhere! 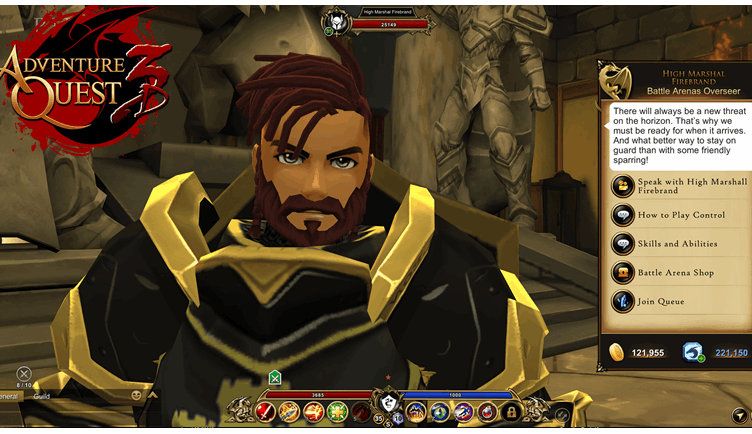 High Marshal Firebrand is waiting on the bridge to tell you everything you need to know about how to play our first PvP mode Control, show you the rewards, and even take you to the Battle Hall where you can queue up to join a team. 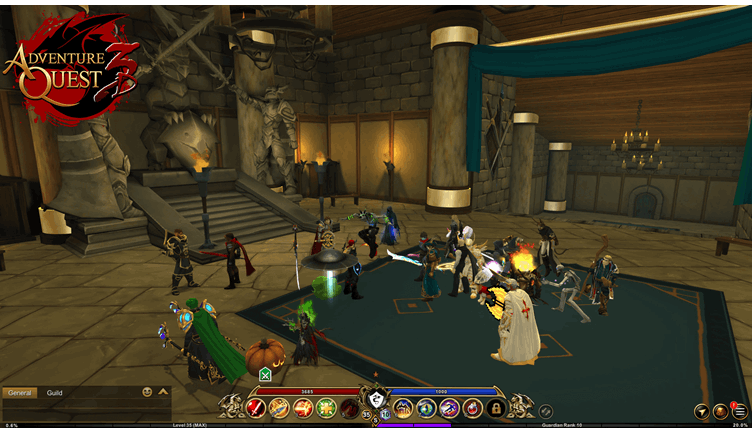 Once you’re familiar with the game play, you can use the PvP button in your game menu. This opens up the PvP “Battle Arenas” menu. 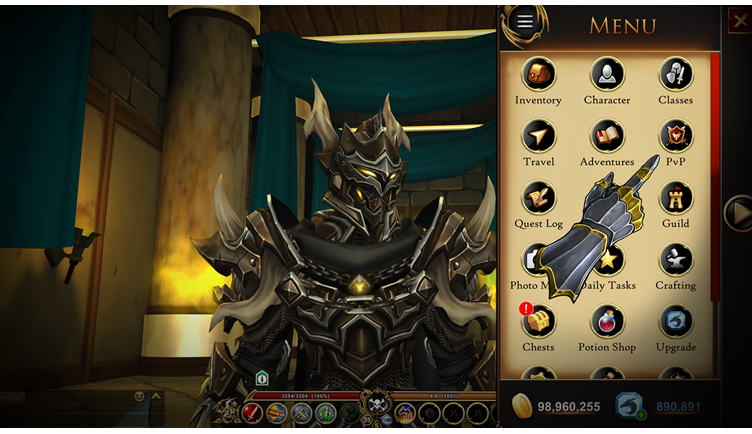 Here you can instantly join a queue from wherever you are and be teleported into the PvP map when both teams are ready. 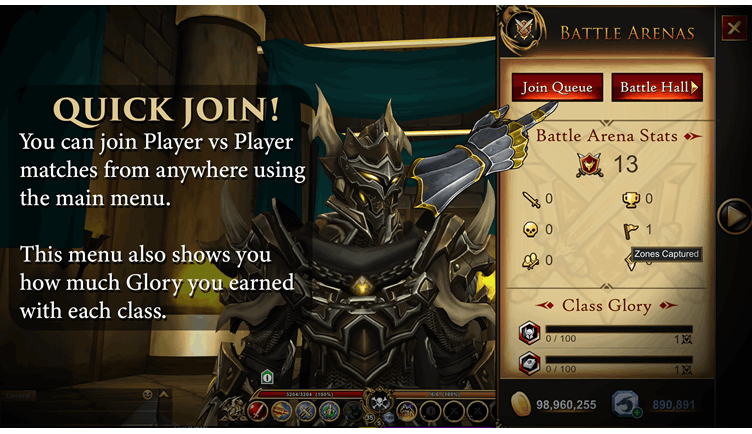 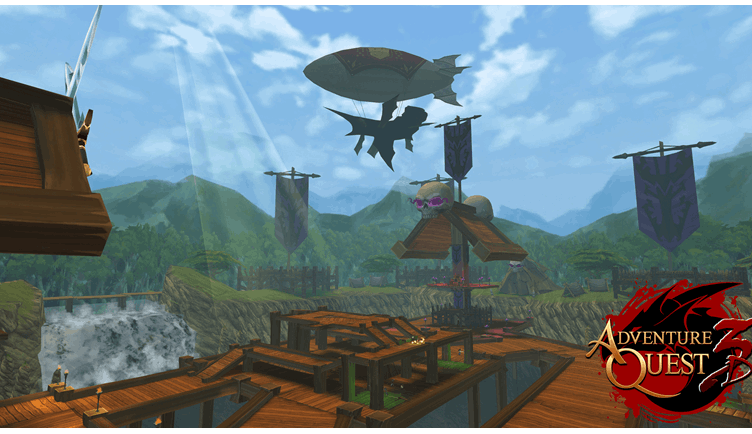 In Control, you and four teammates will battle another team of five to the death to capture three zones, and gain points over time for controlling them (of course you’ll get points for crushing your enemies too). 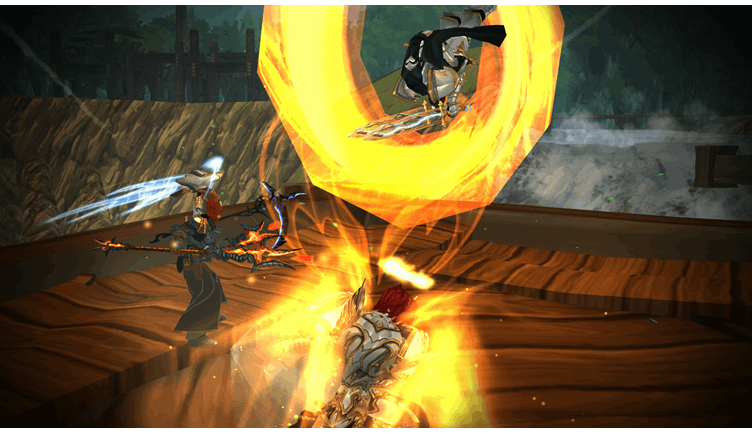 There are also temporary Bounty Zones for bonus points. The first team to 750 points wins the match! 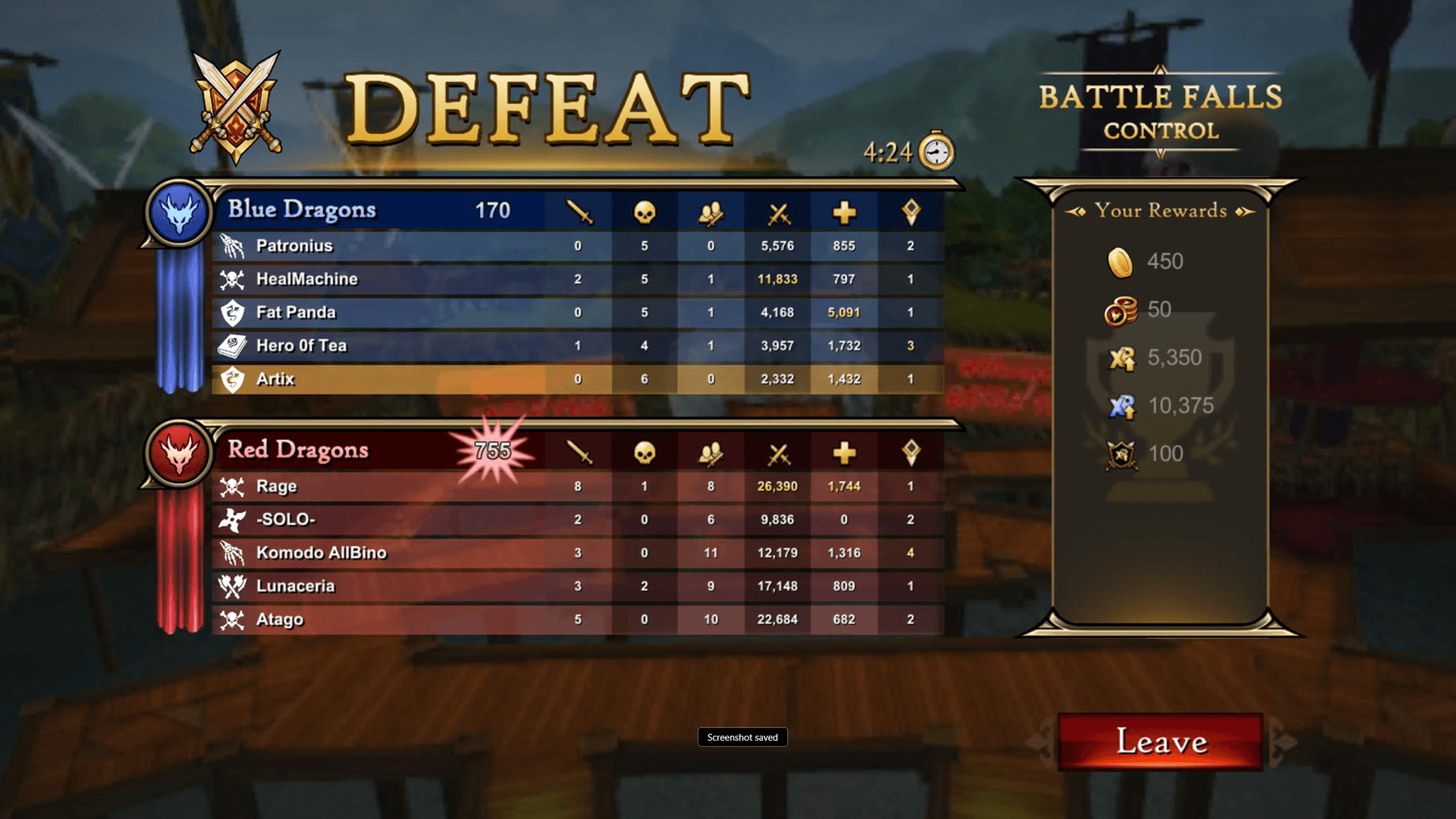 Always know where you stand

At the end of each match, a win screen will show the results of the match including how well each player did within their own teams… an extra incentive to try your hardest. Of course, it also shows your loot. 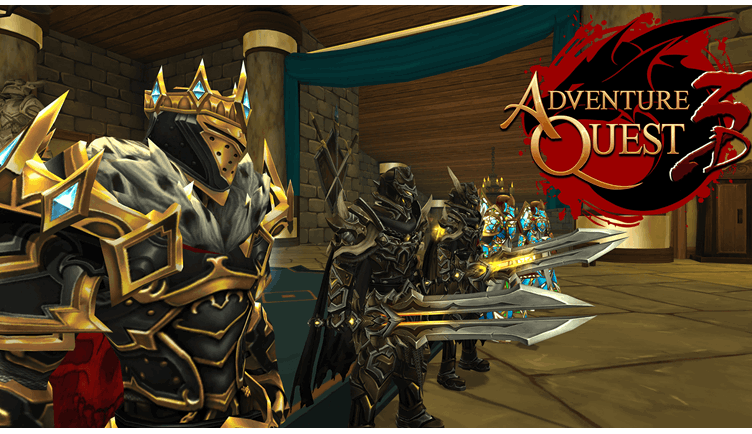 Earn awesome new rewards in the Battle Arena by taking part in PvP! Dage, Winnie, and Thyton have been hard at work making new sets for rewards. For each PvP match you play, you will earn Marks of Glory. These Marks can be turned into the Rewards shop on High Marshal Firebrand in the Battle Hall (PvP lobby) or Battleon. 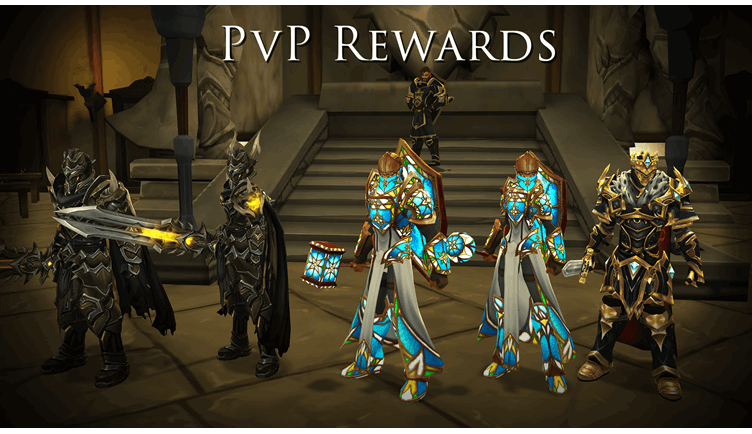 Winnie has been channeling the light to make the Knight of Radiance set including a choice of a Staff or Hammer.

Thyton felt the call to rule, no matter what, and fashioned the Imperial Usurper set with a mighty Sword. 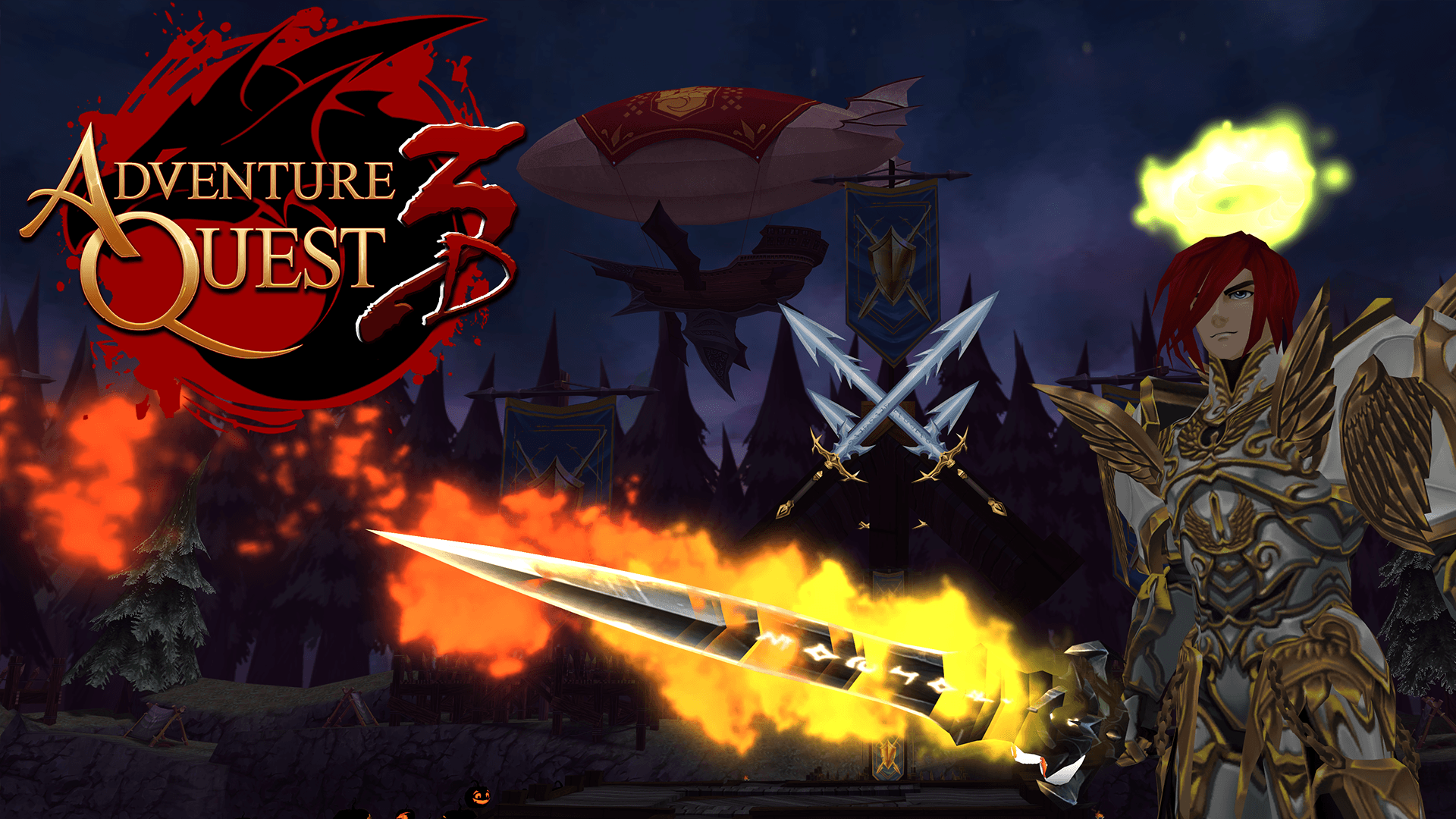 If you have not already seen it, read the PvP interview with AdventureQuest 3D Devs Blaze and Rabblefroth. 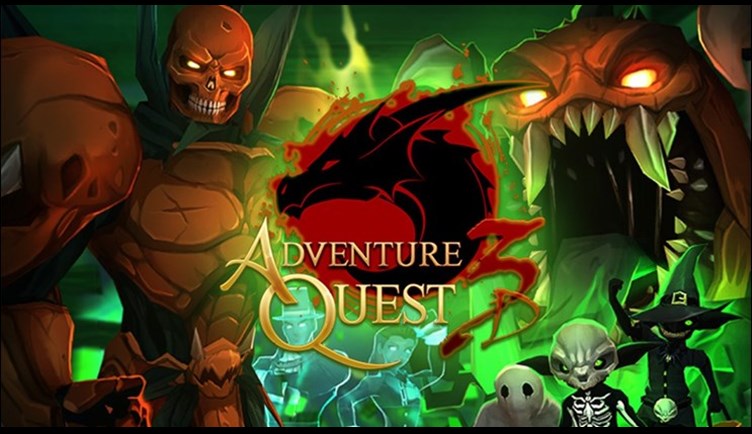 The big event this month will be the Masquerade Ball. You are certain to get an invitation. But no one seems to know who the host is.... 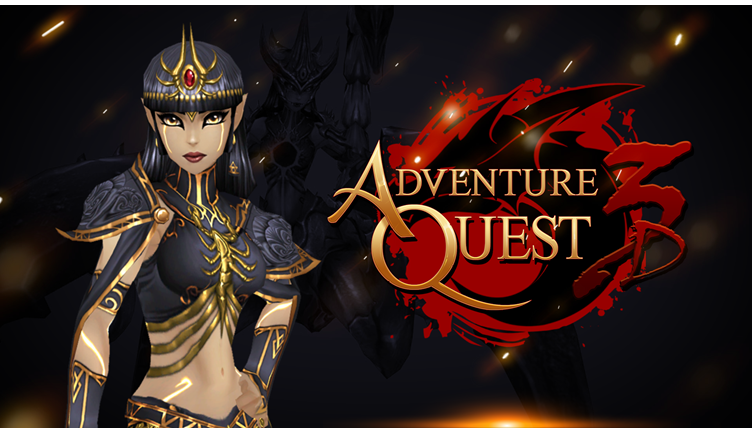 Next week on AdventureQuest3D, fight Skorpienne at her full power in the new challenge fight, and earn a new Best in Stat set with +20 infusion! 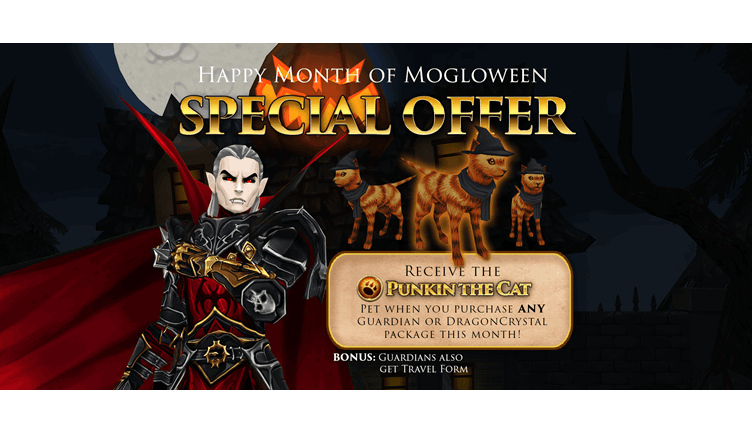 We love the spookiest months of the year. Thank you for being here with us. This month's reward for anyone who supports the game with ANY purchase in the Upgrade Shop is Punkin the Cat. Literally ANY purchase... even the cheapest DC package... you're getting this Punkin pet.

October is also Artix Entertainment’s anniversary! We are celebrating with multiple giveaways for our games and online store, HeroMart.com. Make sure you’re following @AE_Contests on Twitter and each game on social media, that way you won’t miss out on a chance to win.