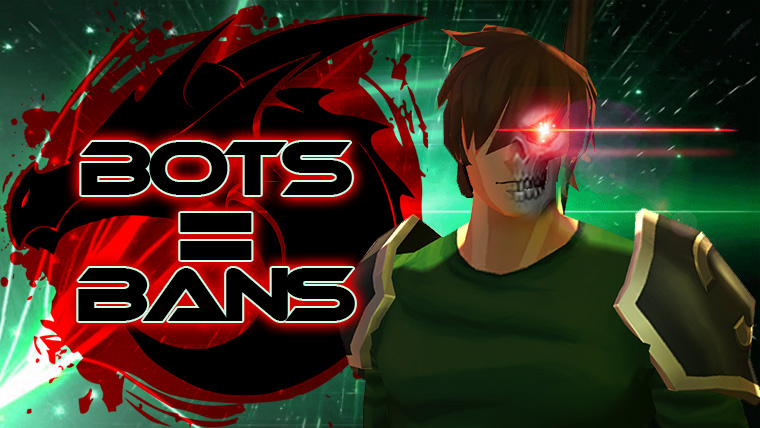 THE RULES ARE SIMPLE 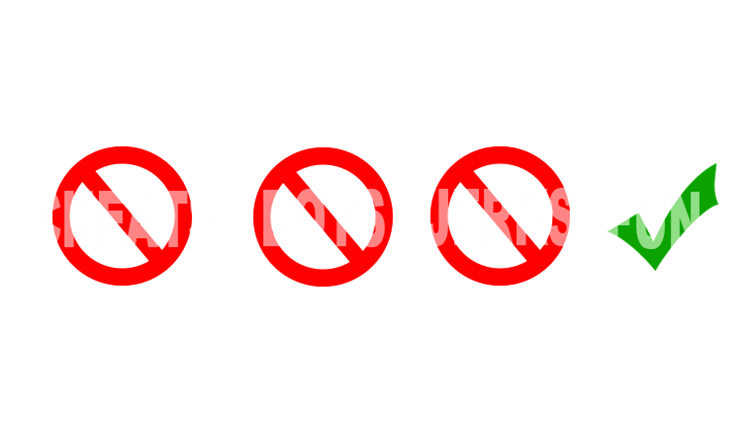 Remember this picture? You might not. We posted this at the veeeery beginning of testing. There are a lot of rules that you agree to when you create your character but most of them boil down to these simple four.

The last one is optional. You won't get banned if you're caught not having fun.

We're putting a lot of work into AQ3D and so are you. We respect the time and effort that you are pouring into this new game before it's even been released and we won't stand by and watch some lazy cheater ruin that for you.

We keep our ears pretty close to the ground. We listen to the community, and we hear things. We know that people are working on a few different bots on AQ3D and this friendly post is just to remind you that botting hurts the game, it hurts the community, it's against the rules and if you get caught your account will be disabled. Forever.

It doesn't matter if you're a free player or a $5,000 Kickstarter Backer, Guardian and Founder. You get caught botting... you get banned.

We're going to be much tougher on botters in AQ3D than we have been in our previous games.

There are three main reasons for this:

In the past we've spent a lot of time working on botting as an issue. Remember that botting doesn't just hurt the community but every minute that we spend fighting this is a minute that we're NOT working on adding more content for you to play, new things for you to do, new areas to explore and new functionality that will expand the game.

SEE SOMETHING? SAY SOMETHING!

If someone is breaking the rules, just use the REPORT option and let the mods do the rest! 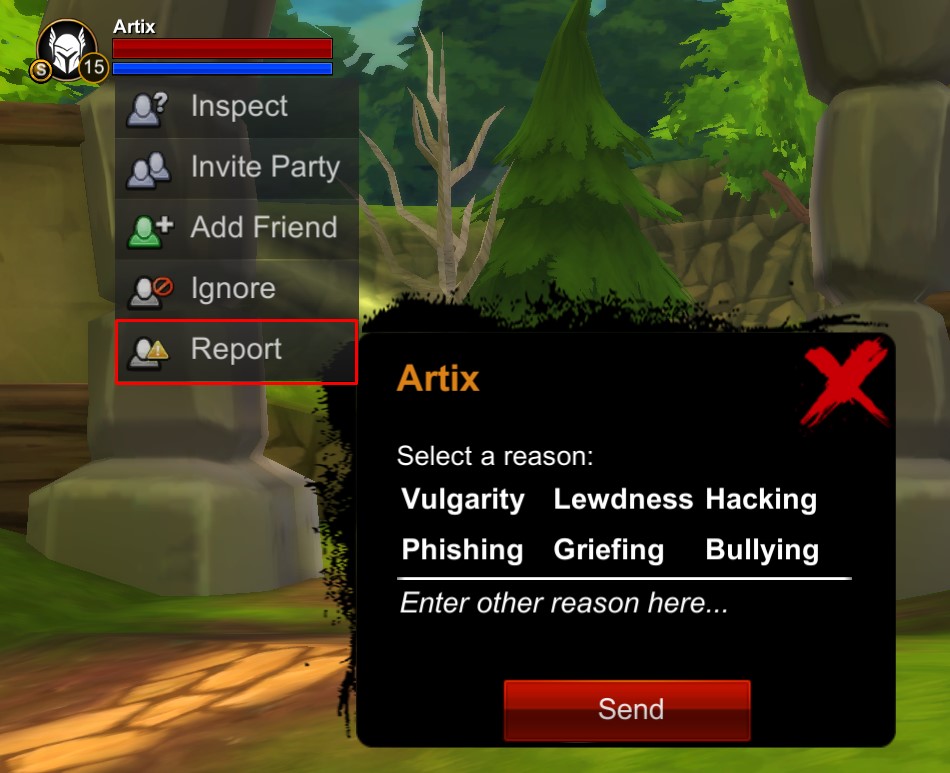 (special thanks to Artix for being my sample target)

How to report someone:

The effects aren't immediate. The mods needs to receive the report, investigate it to make sure they don't punish an innocent player, then take action. This takes time.

Sora To Hoshi and her army of moderators spend their days going over each and every report made in AQ3D, researching them as needed and responding as they see fit.

If you did nothing, nothing happens. If you were being a jerk, you might get a ban or a mute, depending on your brand of jerkiness. If you're caught cheating or botting... permanent ban.

It's not like you need a bot. All of the challenging stuff in AQ3D is optional and we've changed the XP curve so leveling up will be fun and easy. There's really no reason that anyone would bot other than pure laziness.

If you want a game that plays itself, try our AQ DRAGONS or COOKIE CLICKER (which are both pretty fun but DESIGNED to play themselves!).

There's nothing wrong with enjoying this kind of game. They can be fun! That's why people (including us) make them. You do your thing and leave AQ3D to the hardcore gamers and adventure seekers.

Thanks for following the rules! It keeps the game fun for everyone.