The story fight you experienced has been expanded and new mechanics have been added for a more exciting and dangerous challenge! Also, Kai-Lee the Pet Vendor in Bastion has an overstock of new Sandsea pets. Get them before they're gone! 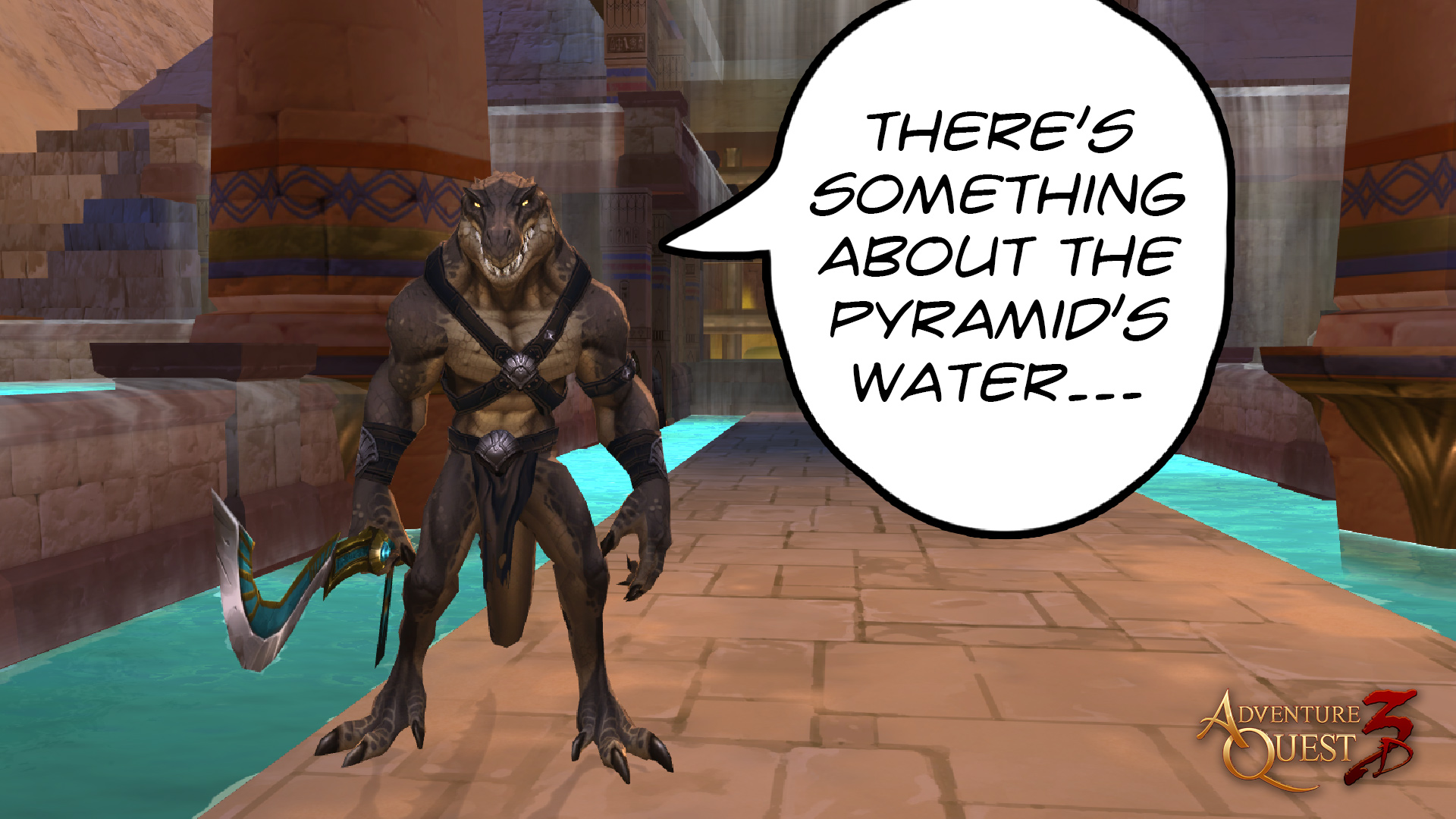 Return to the Crocos’ Pyramid and talk to the guard stationed there. He has two new quests for you to acquire related to the Crocos Challenge. Both quests are repeatable and give a large amount of Experience Points for the grind ahead. Completing the main quest, “Trouble in the Water Pyramid”, will also reward you with extra Crocos’ Teeth, which you’ll need to purchase items from Crocos’ Treasure shop. Furthermore, the guard may have something interesting to tell you about the pyramid’s water... 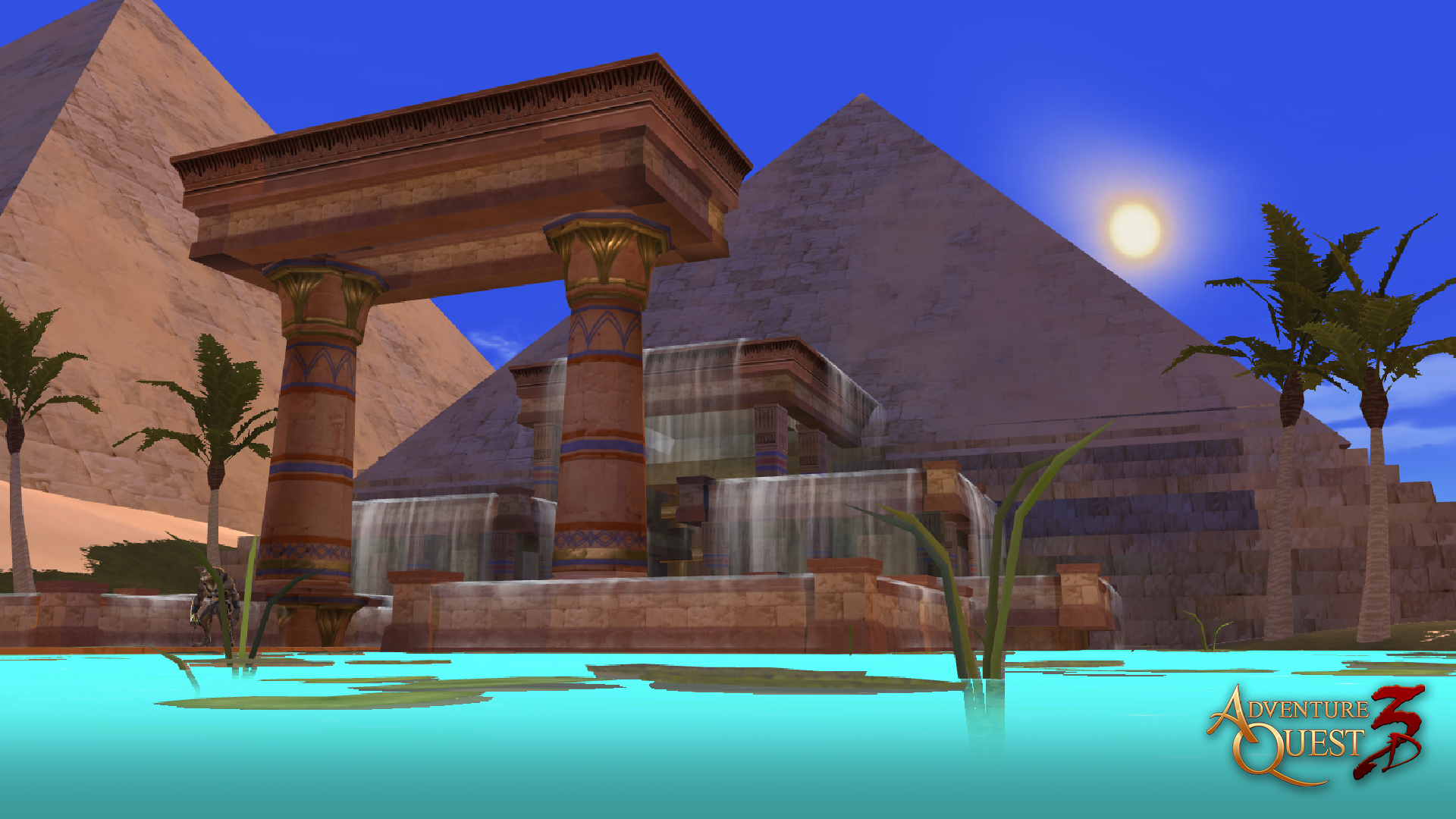 A Challenge Awaits You in Crocos’ Pyramid

This challenge is an expansion of the story dungeon with new mechanics and loot! But overcoming this challenge will take a lot of teamwork and resourcefulness!
Take, for example, the new Gill Potions that will randomly drop from the challenges mobs. The Gill Potions will allow you to breathe underwater for a short period of time. Why would that come in handy? You’ll have to play to find out. Word of advice: You may want to bind that Gill Potion to a hotkey the first chance you get. You never know when it may come in handy. Completing the challenge will provide you with materials you can use to craft your own Gill Potions from Fahad outside Lord Sekt’s temple.
Gill Potions aren’t the only fun new surprise to be found in the Crocos Challenge. Areas that were once locked or seemingly too dangerous in the story mode are open for you to investigate. What will your search yield? Perhaps there’s a quest related to that… 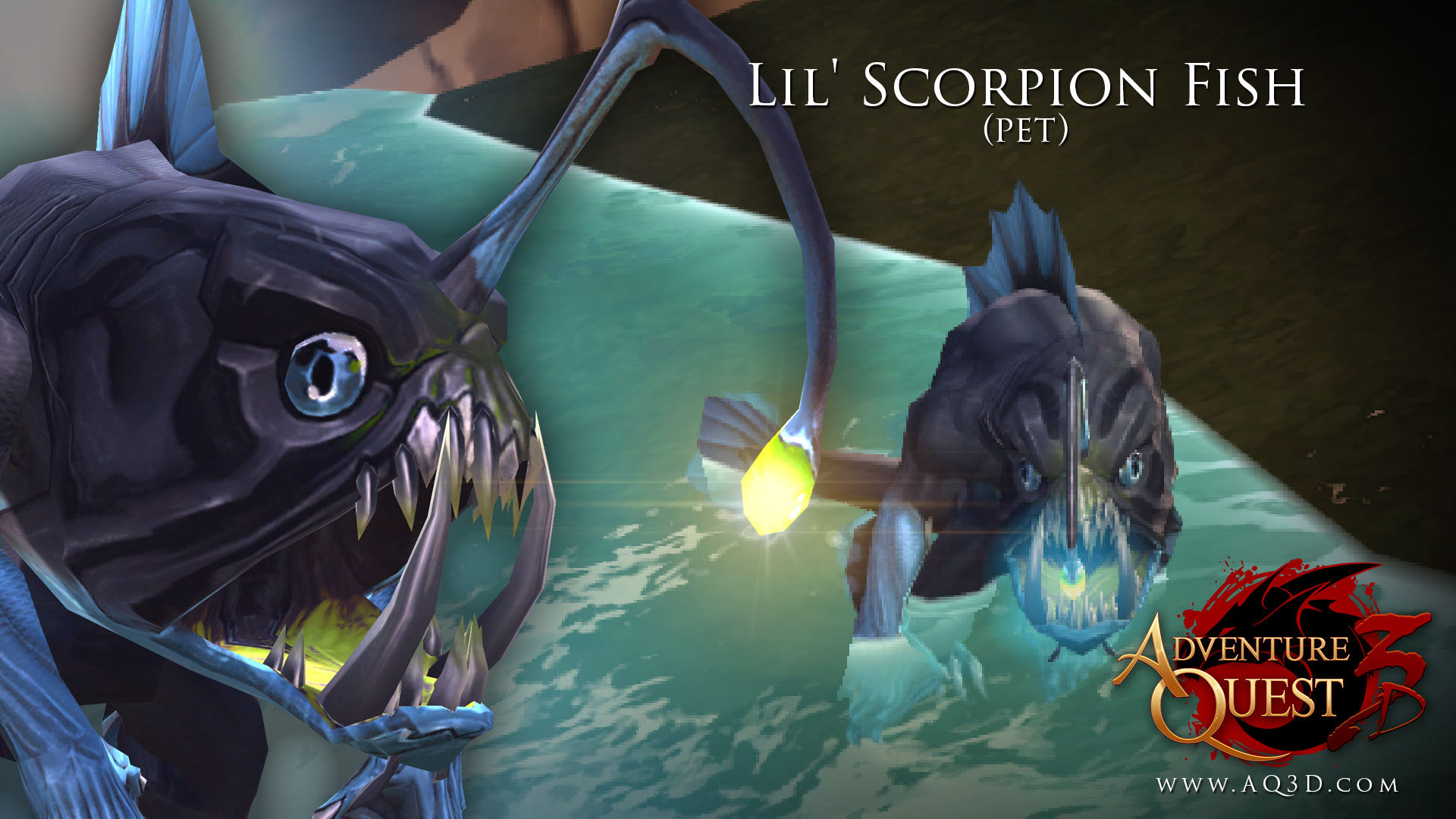 Somehow, someway, you’ll discover that secret hidden in the challenge that’ll allow you to complete the Pyramid Guard’s quest “Let Sleeping Mummies Lie.” Doing so will not only give you ample experience and gold, but it will also unlock an enhanced version of the challenge boss fight. Defeating this enhanced boss will reward you with an “Exalted” chest and an additional special reward chest for going above and beyond. The Exalted chest contains higher drop rates for set items, an exclusive “Crocos’ Champion” title, and a chance to get the Lil’ Scorpion Fish Pet. The special reward chest includes… well… best not to say too much about that yet other than it’ll come in handy for a future release.
So, what’s the secret to completing this quest? Well, that’s for us to know and you to find out! 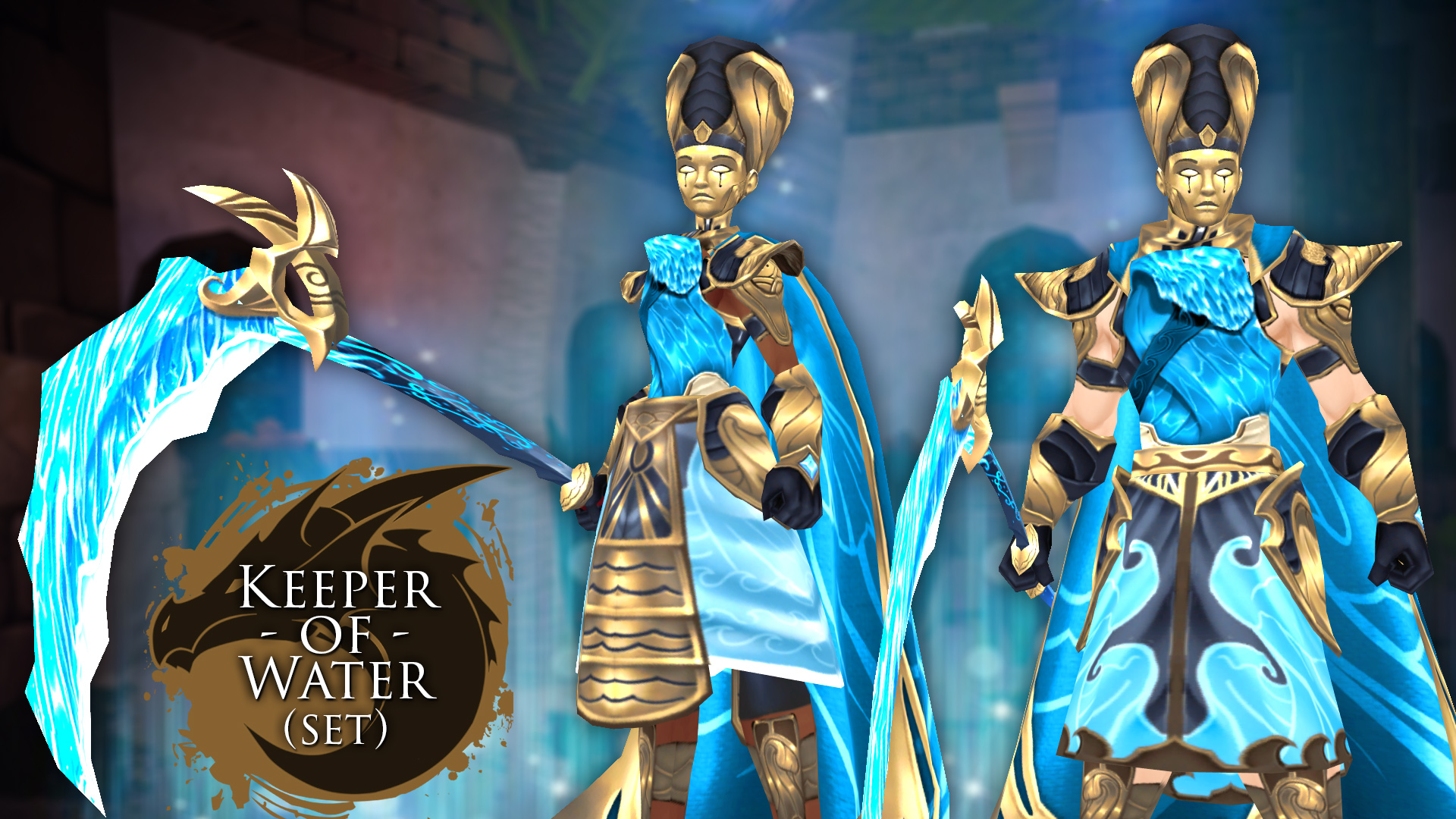 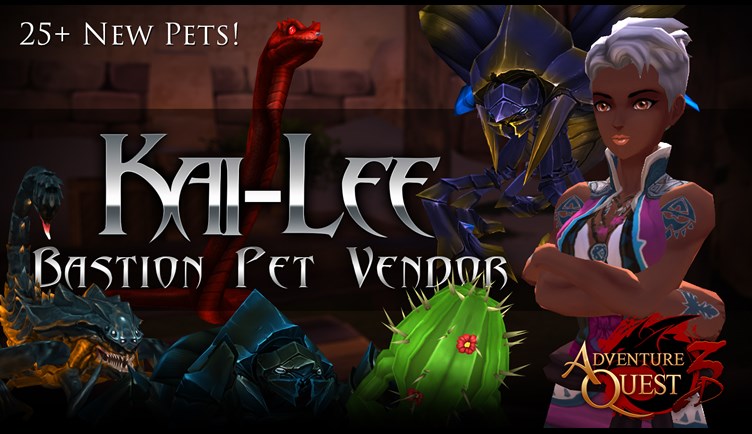 Kai-Lee’s Pet Shop now has an overstock of new Sandsea pets! She has scarabs, she has snakes, she scorpions, and… Living Cacti?!?! Well, whichever is your fancy, they come in just about every color and price range. Kai-Lee just needs a little help first… Help Kai-Lee research the Do’s and Don’ts of handling these wild pets to make them available in her shop.
And don’t forget, Skiffmaster Squint is now able to take you directly to the Rebel Camp if you have unlocked it through the saga. Simmi-Tar and Paul DeRonn’s quests have also received reward boosts. 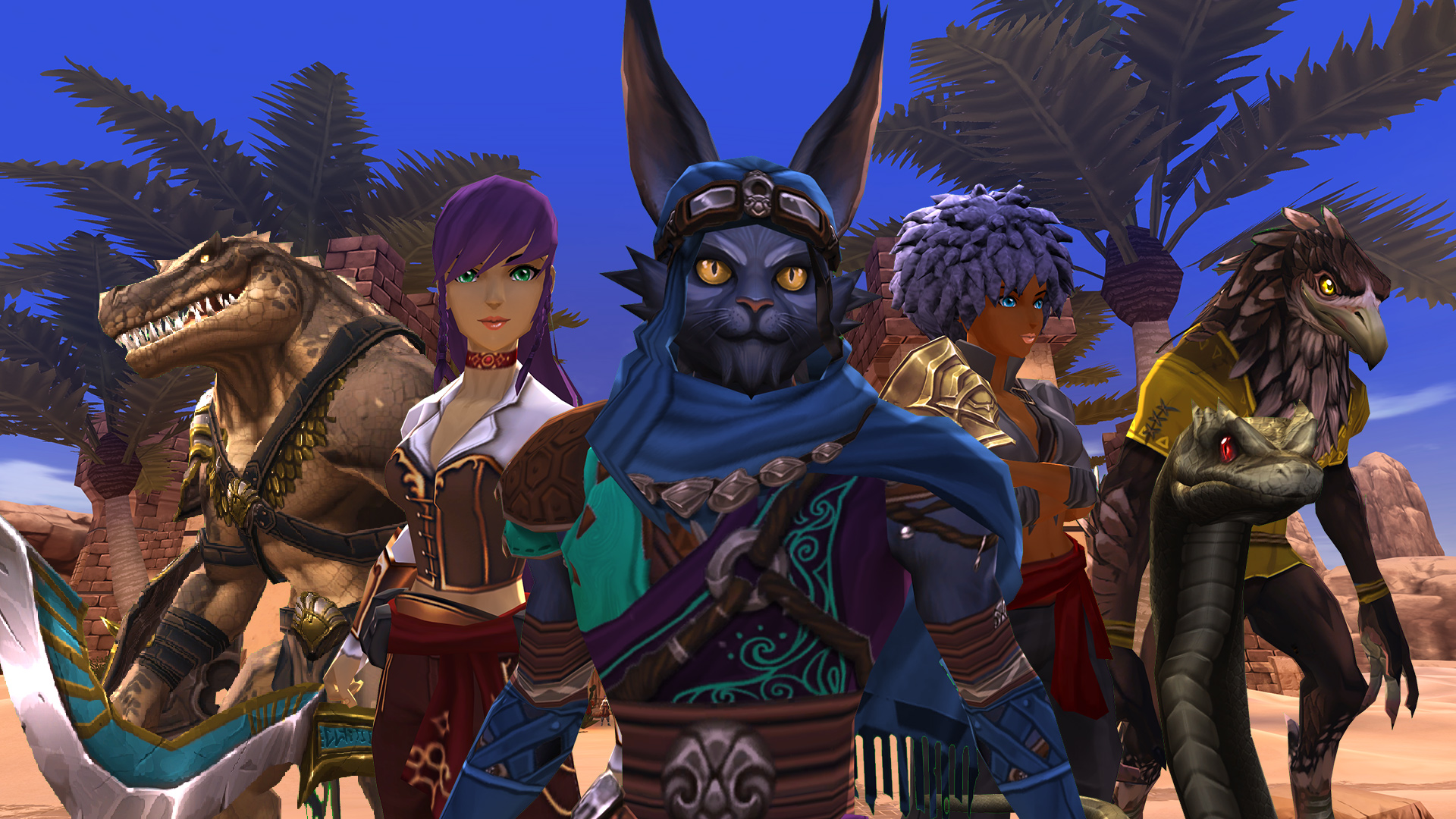 A Sneak Peek of Upcoming Releases

As we look ahead to future content releases, we wanted to give you a little preview of what you all can expect in the coming weeks:

After that, we'll be wrapping up the final installments of the Sandsea Saga, prepping for a spooktacular Friday the 13th, and getting ready for a rowdy Talk Like a Pirate Day.

Also, did somebody say PVP?