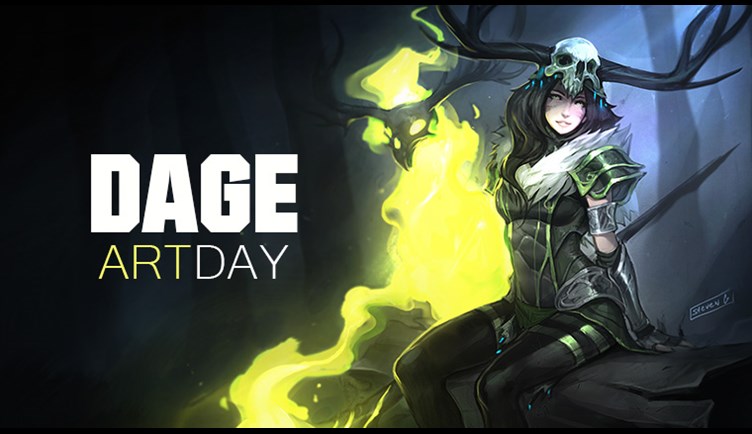 Today we are looking at the newest works from AdventureQuest 3D artist, DAGE. Let's rummage through his art folder for cool stuff, sneaky peaks, and clues! 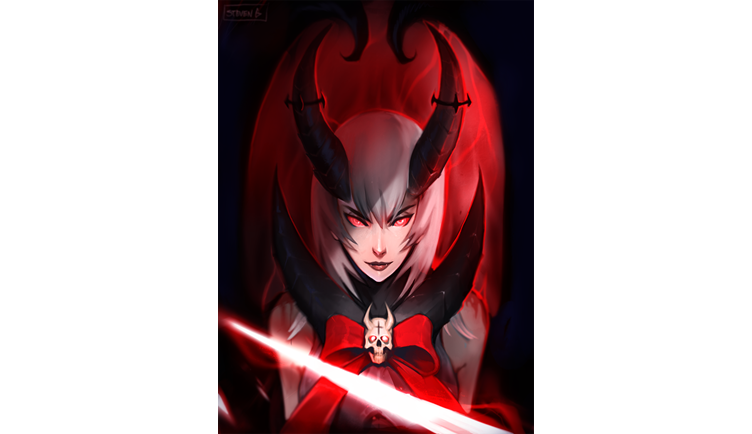 Dage created the above piece as a tribute to Darkon's character. 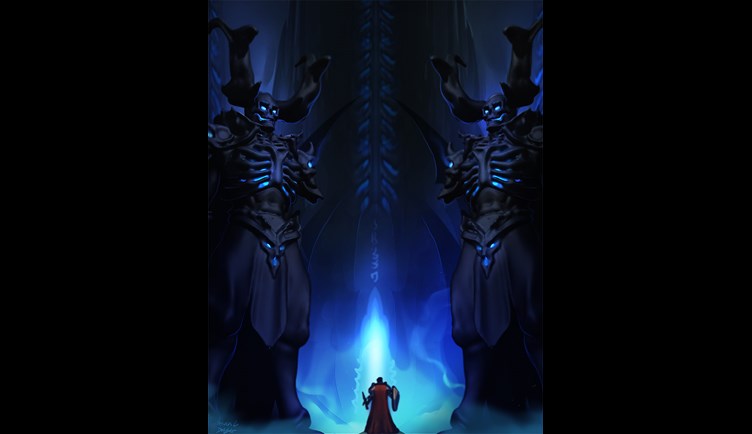 "Entrance to the Soul Forge in the Underworld" 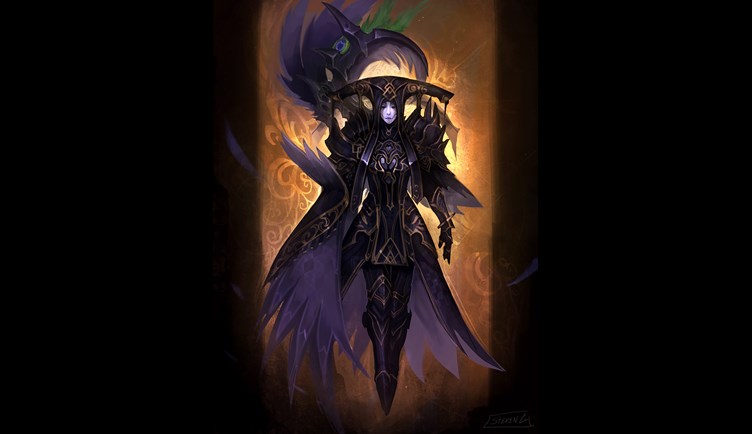 A recent piece he made called "Carnival" for an art challenge on Facebook. One of the things that is really impressive about Dage is that he is ALWAYS creating, entering contests, and doing things to take his skills to the next level. 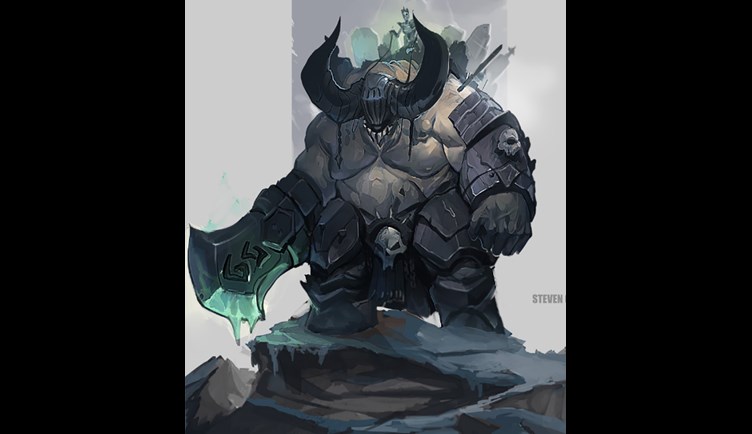 I am not sure what this concept is of.... but it is huge! Look at that guy riding him on top O_O. So Dage has recently been fiddling around with 3D, and what better to try out making. 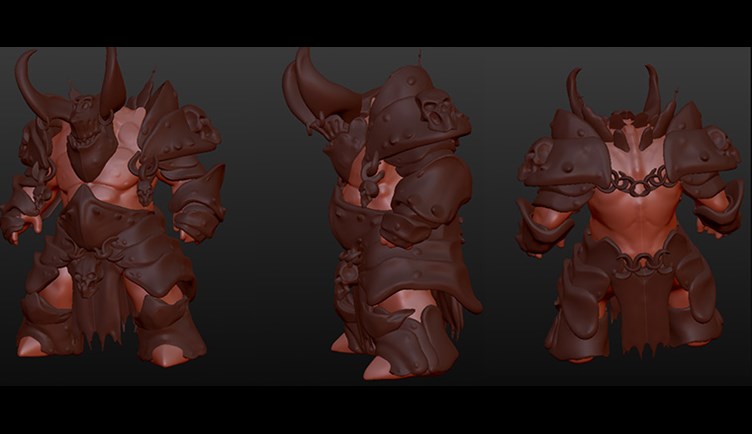 Wonder if we will see this in game? 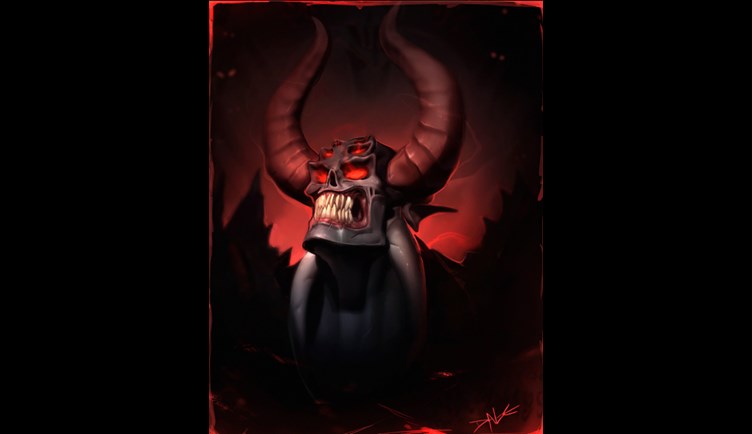 I saw a Facebook post the other day asking about Nulgath Nation in AdventureQuest 3D. Then... I saw another of Dage's test 3D sculpts. 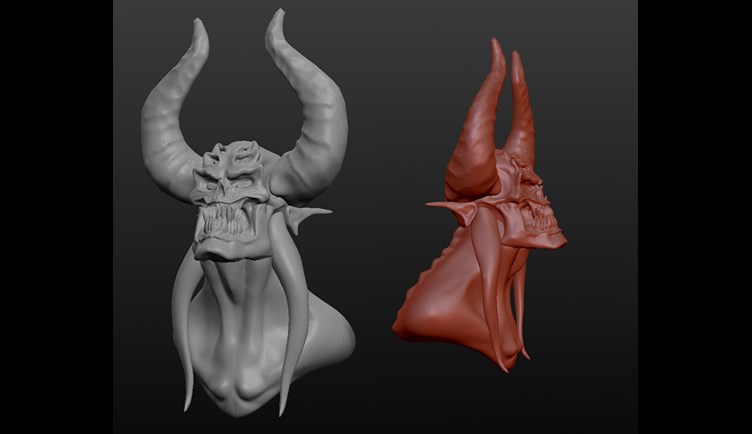 Like any new medium, learning how to sculpt in 3D takes time and patience. Most people dabble... that is they do something for a little bit, and then as soon as it gets hard or boring they quit. This is one of the things that we can learn from people like Dage, Thyton, and other members of the AE creative teams. They keep going and going until they mastered it. You know, they say it takes 10,000 hours or practice to master something. But when you are doing something you love, time flies. The trick is getting yourself to do it each and every day-- even if it just for "a minute." (BEST TRICK EVER! Because if you can get yourself to do something for just a minute, that minute and can turn into "OMG it is 3am already!?" :) 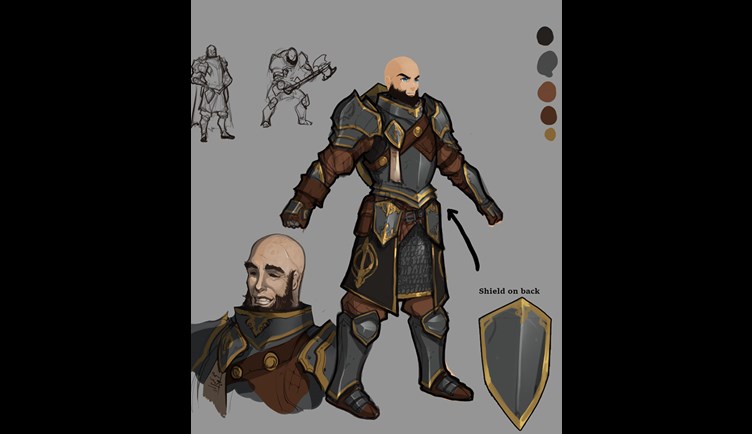 Here is concept art for an NPC: Anders Molven. 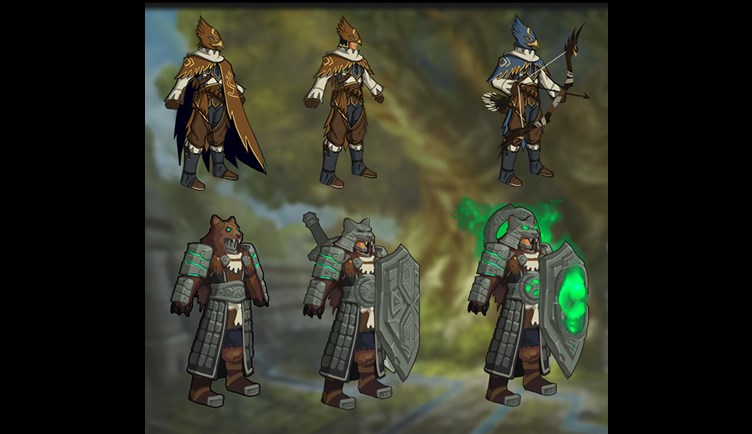 Animal themed armors for an all new upcoming Shaman area.

The Drake! One of the new monsters you will encounter in Ashfall 2: Ash Harder! (OK, that is not the official subtitle.) Dage did the texture, the 3D model was done by Xero, and Korin is live streaming while he animates it now.

I love Art Days! Periodically we will do art days to highlight the works of various members of our creative team. How unfair is it that accountants never get art days about them? Except... that they do not produce art. Except for really complicated graph charts. Maybe we should have an accounting day.

"An excellent source of calcium when served with mi.... DARKNESSSSSS!"