Darkon is in town right now. He is selling off his collection, claiming that he has "too much of them." We are not sure why he calls his items "debris", but if you ask me, there is something strange and sinister about ALL of them. You can buy these items from his birthday shop.  You will also find Creature 83 in there. DO NOT put it on your head. 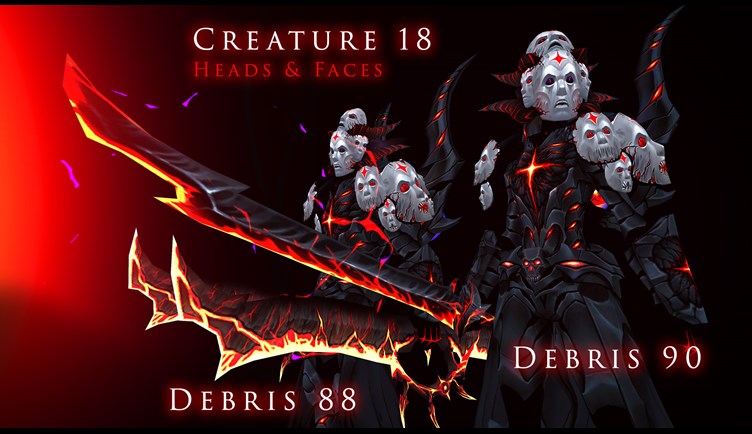 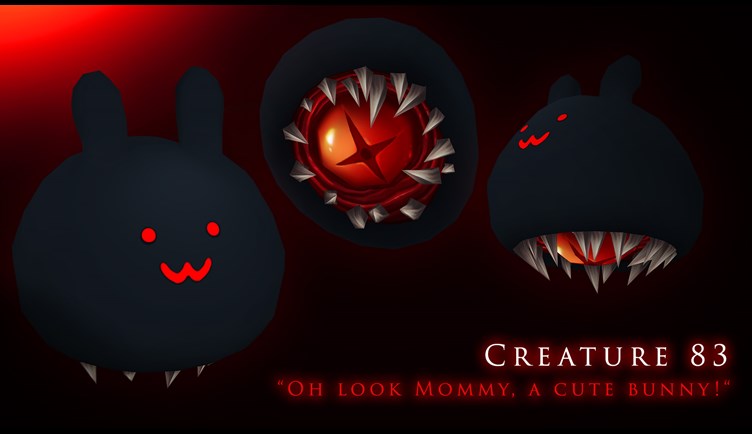 "It's so cute!" Darkon's not certain how these creatures came to be, but he finds their presence amusing. Other people have used far less pleasant words when describing them. Except for those who place it upon their heads. They do not say much at all. 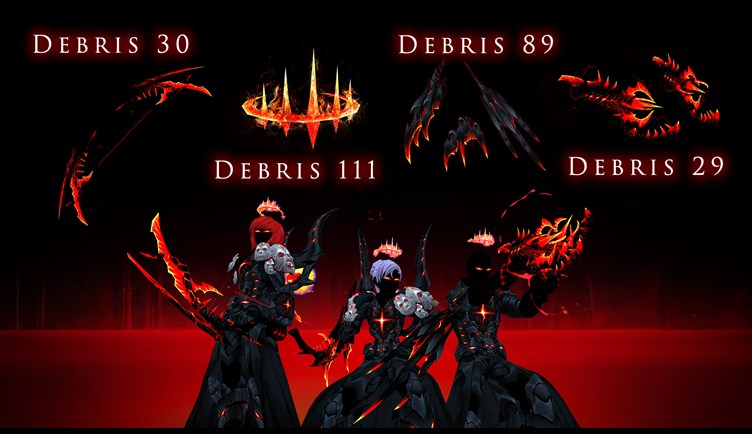 From the Mind of Darkon

This horde of dark and sinister items was created by rising star artist Darkon. (With some help from Dage & Thyton). If you have been playing the horrifying new releases in AdventureQuest Worlds, then you have already been exposed to Darkon's madness. It is unlike anything we have done in the game before. His style is darker, more mature, and reaches into the dark depths of our conscience. We have been watching in shock as fan art of his new characters explode on our Twitter feed within 24 hours each time he releases a new one.  While it starts with this shop, we are excited that he will continue bringing his style and story here, to AdventureQuest 3D too.

Fire up AdventureQuest 3D and talk to Darkon on the bridge in town.

... and beware of that deceptively cute Creature 83.

Battle on!
Artix, Glisel, Darkon and the AdventureQuest 3D Team