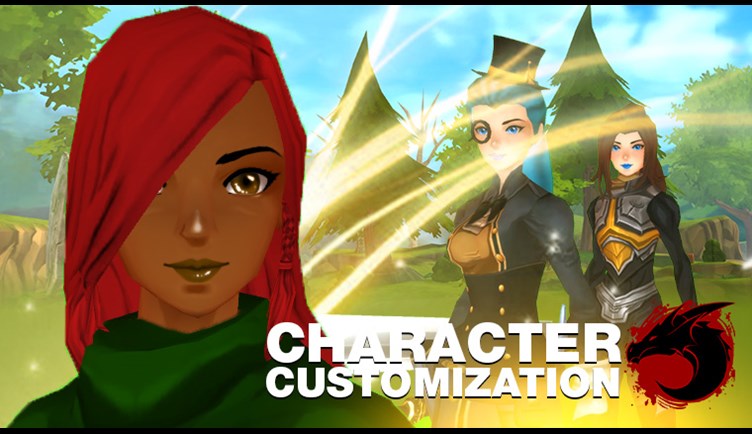 We are in the final stretch developing our new character customization features. You will be able to change your character's eye color (yes, we are adding black), lip color (yes we are adding black), add hair braids (yes, both male and female), and mustaches and beard (yes.. um... both male and female!) New hair styles, skin tones, and geometry tweaks to make our art style a little more DragonFable-esque.We are also adding additional skin tones including "vampire/gothy pale", "darkelf blue", "Hulk green", "Atlantian teal", and a few more including the self describing, "Smurf."

While doing major updates, devs must endure a period of time where things are strange-- like "everyone's lips are blue" or "no one has a face." Today was one of those days. So to celebrate, I tossed a screenshot of a faceless NPC wandering around town on Twitter and asked players to "fill my dreams with sweet, sweet nightmares." It only took them a few minutes O_O. 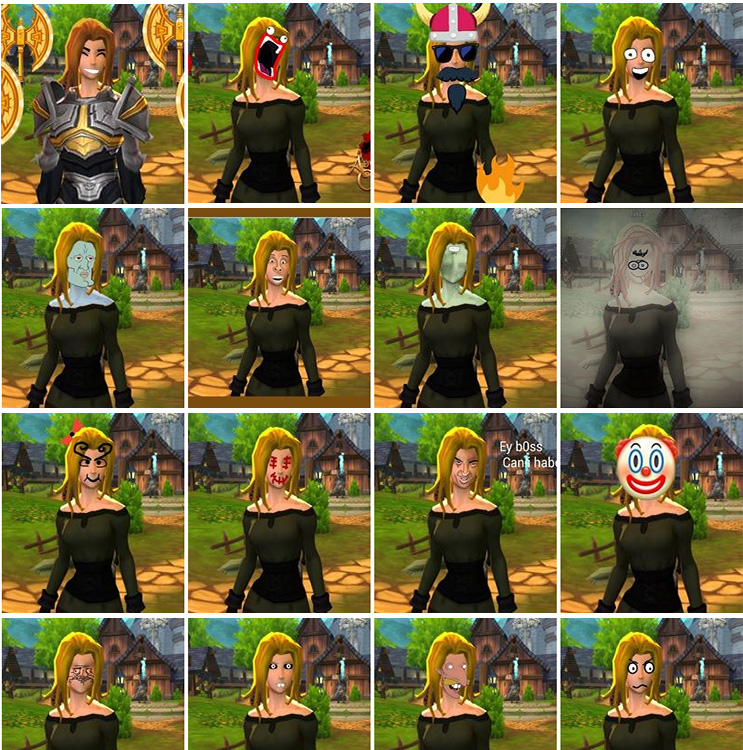 This week in AdventureQuest 3D

As you may already know from previous design notes, we are "code locked" this week. Which means we cannot roll out any new files. But being the Mr. Mc'Smarty Pally-Pants (Not actual professional title, yet) that I am, we pre-uploaded some goodies so we could have a micro release for you :D Thyton made an entire Frost Warrior set, and Yergen has a bunch of unreleased Keyblades and Keystaffs. On the development front, Llusion is finishing up the final boss fight & area work on Ashfall: Part III. Meanwhile,  Yergen and Cysero are laser-sight focused on the new Greenguard-- which in addition to being Ashfall/Bank quality, will introduce a new major character and *gulps* AdventureQuest 3D's main storyline! Xero is changing all of the hairs and helms to work with the new female model, as well as finishing up 5 new female and 5 new male hairs. He had just completed a bunch of new shoulders and helms-- which Dage and Thyton are using to make some CRAZY new item rewards for Ashfall. Zhoom was out the past two days, but the coding team has been diligently working on all of the upcoming feature releases. The biggest one for you will be the class re-balancing that Rabblefroth is working on. He needs Korin to help with the missing animations the moment he finished the Greenguard opening cinematic. The biggest one for us is the new map building system, which in the short run is super painful because we have to update every map in the game and get all the bugs worked out of new, slightly more complex admin tools... but in the long run will allow us to do things we have never been able to do in any of our previous games. (Like wars that can change an area) Oishii reads all of your bug reports and has been prioritizing the ones to fix while working on the new classes too. Me? Well... I wrote the design doc for Greenguard Forest. #MakeItSoNumberOne