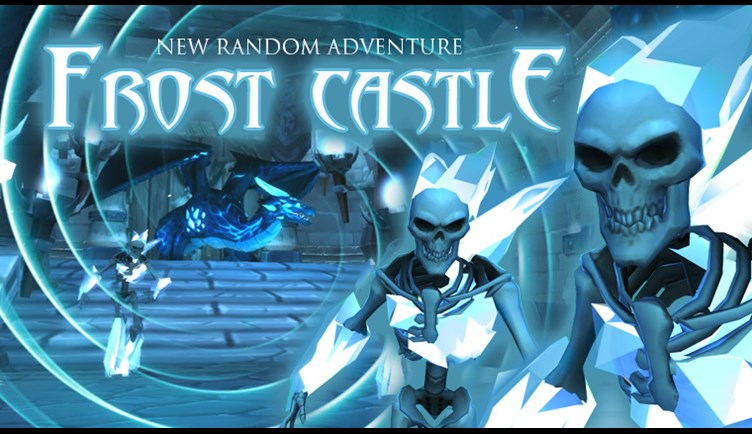 Just released! AdventureQuest 1.5 is now live on all platforms....

Login to AdventureQuest 3D and go on adventures to encounter the Frost Castle, craft wands, craft new blades, hear sneevils (and other monsters), and more. Play or read on for details. 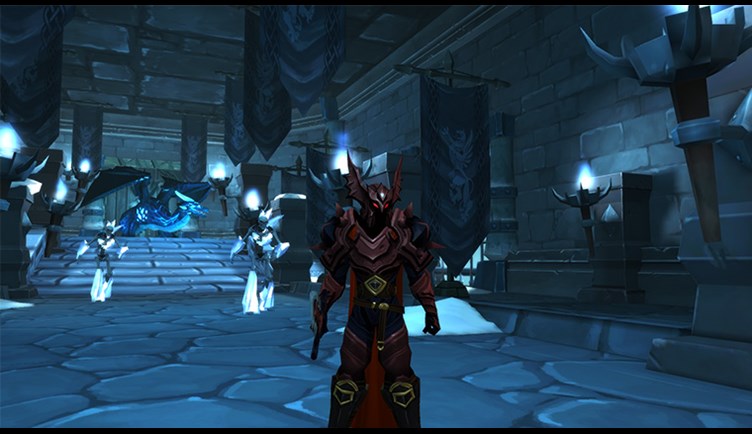 Now when you go on a random adventure, there is a chance you will end up in the Frost Castle. It is unquestionably the best looking random adventure/dungeon yet... and I particularly like how the bridge takes you outside, giving a glimpse of the bigger world you are adventuring in. 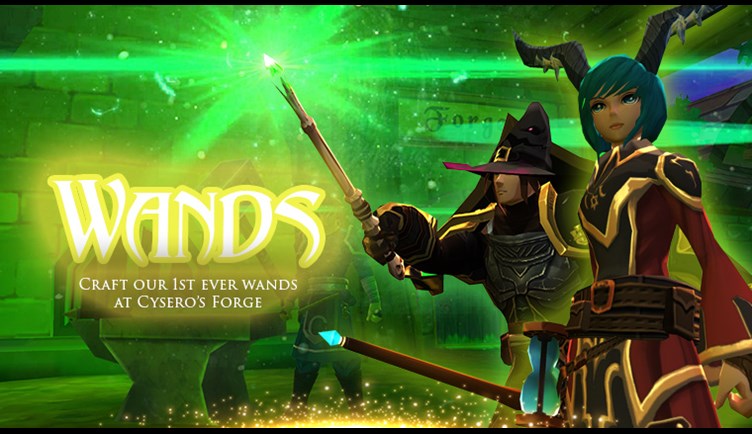 Are you the type of mage, wizard, warlock, erm... magic user who prefers casting spells with wands? Then you are in luck! Now you can craft wands at Cysero's forge. There are currently two types:

Warlic did an overhaul of AdventureQuest 3D's sound engine. We now have monster soundFX, ambient tracks and music tracks. Best of all, any object in the game can now have 3D positional sound placed on it. We added some sounds on monsters... run around and battle stuff to see what they sound like. Give us feedback, because now that we have the new Sound Manager, we are going to do a HUGE pass to improve all of the game's sounds.

Greenguard Forest, Ashfall Part III, and the Bank (Including the new creature race and bank vault run) are in development now. I just approved the new female faces, and Oishii is working on expressions while Xero implements beards & braids. We will release the character improvements along with new hair styles, face customization options (eye color, etc), and the Barber Shop.