Deep beneath the snow covered fields, The Great Gifting One slumbers, dreaming up new gifts, and awaiting the fated days of Frostval where it can return once more to the worlds above to give presents to those who prove they are worthy…

The Gifting Shrub in Yulgar’s Inn has obtained the runes required to summon Gift’thulu, so go and talk to it! 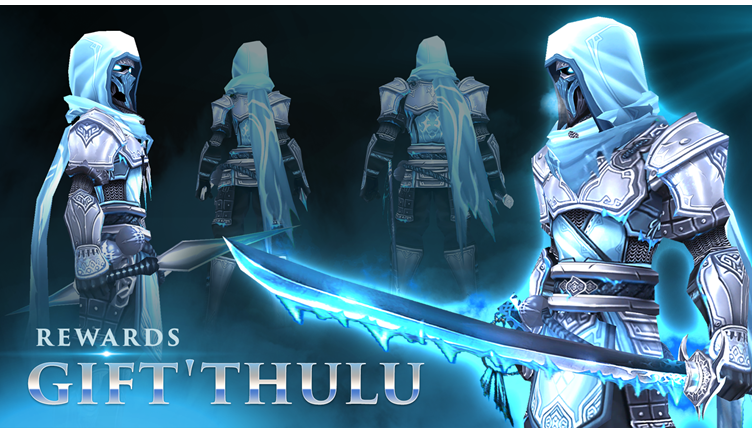 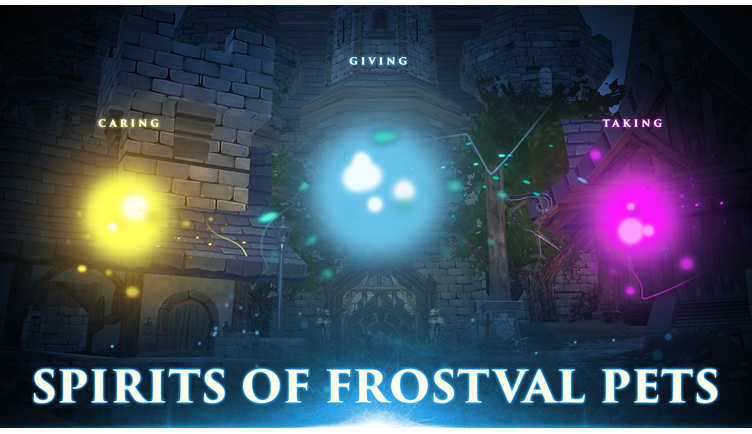 Spirits of Frostval pets are also making an appearance! 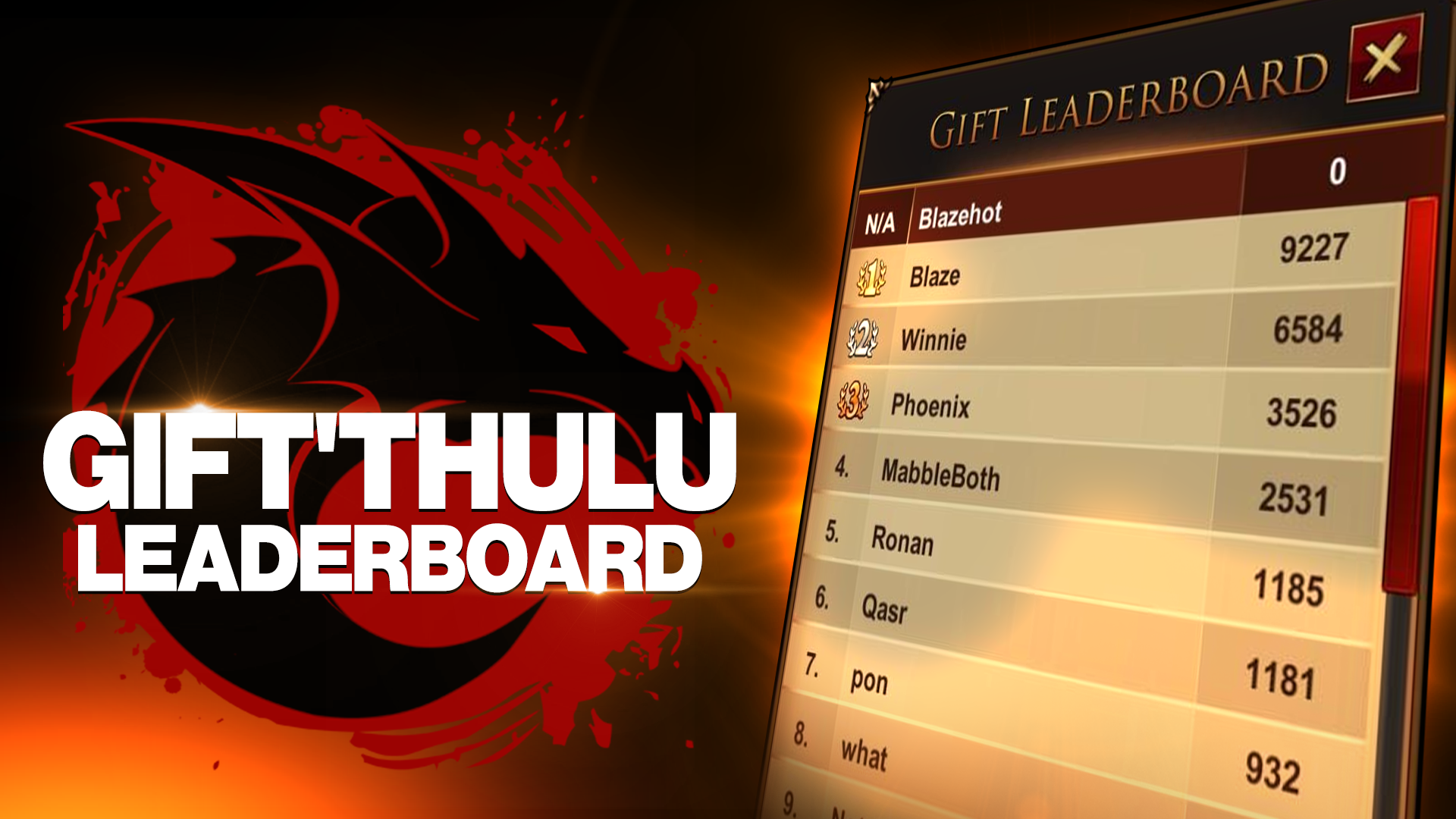 We were inspired by the way the community took initiative last year… and all year with other spawnables… to make sure everyone was able to participate and receive gifts. We want those who spread the most cheer to be recognized, so we made the Gifting Rune leaderboard! Players whose Gift'thulus share gifts to the most players will rise up the leaderboard. Don’t have enough DCs to buy a Gifting Rune? We added some in the Daily Chests so everyone has a chance to get at least one Rune for free during Frostval.

Be aware though, only regular Gifting Runes count towards your total, and only the top 100 will be displayed! If you aren’t in the top 100, you will always be displayed as 101, even though you may be lower than that. The Giving Shrub will fix this soon!

A new Daily Quest for Guardians!

Visit the Guardian Tower for a new daily to receive a free Guardian Gifting Rune! 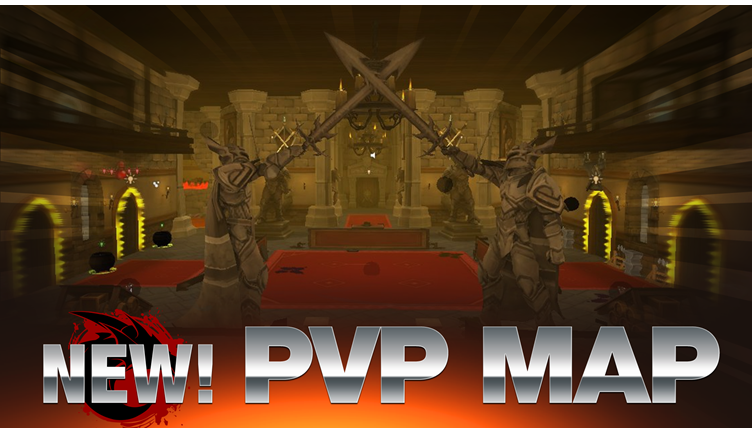 That’s right! There’s nothing quite like a good old fashioned Battle Feast to get the holiday spirit going. Enter the Battle Feast map and re-enact your favorite holiday dinners, as you slash, bash, and smash your opponents! You will have a random chance to enter either Battle Feast or the original map, Battle Falls, with each match.

Of course with a new PvP map comes… 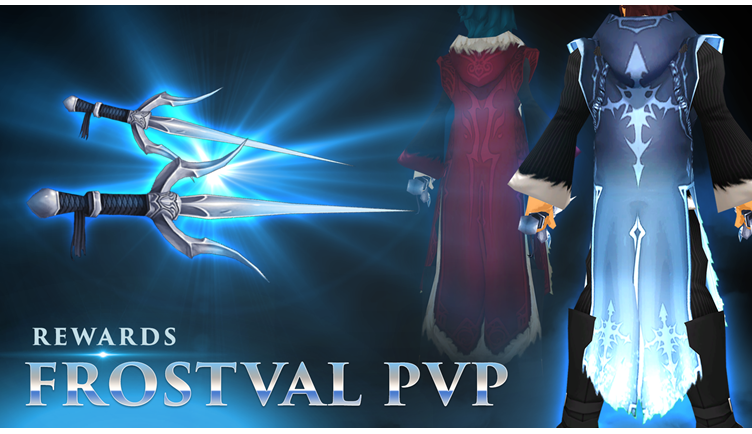 A new PvP Reward set has made an appearance, alongside new seasonal rewards you can now earn! 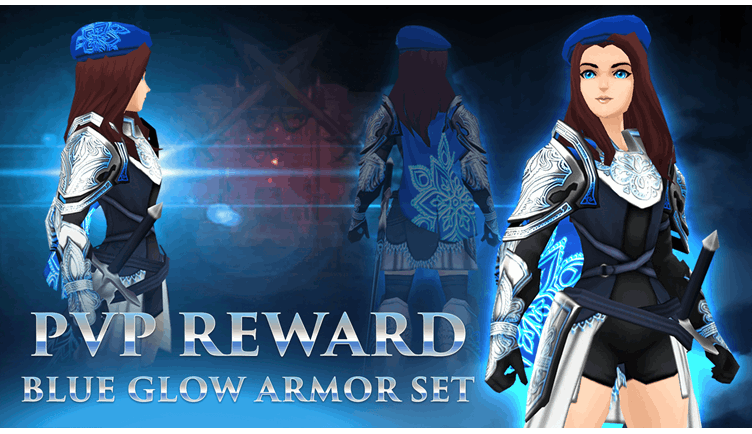 We’ve listened to your feedback and made some changes to PvP balancing!

* Channel for 3 seconds to teleport back to your spawn and fully heal yourself!
Moving or taking damage will interrupt your channel so be careful not to do it while you're in danger!

By player request, we added the Dansen emote! Now you too can do the popular internet dance-- from, LOL, a decade ago XD

A bug for Android users?!

Right now there is a bug affecting Android users only, which means we've had to temporarily disable watching ads for DC's. Don't worry though, we're working on a fix! 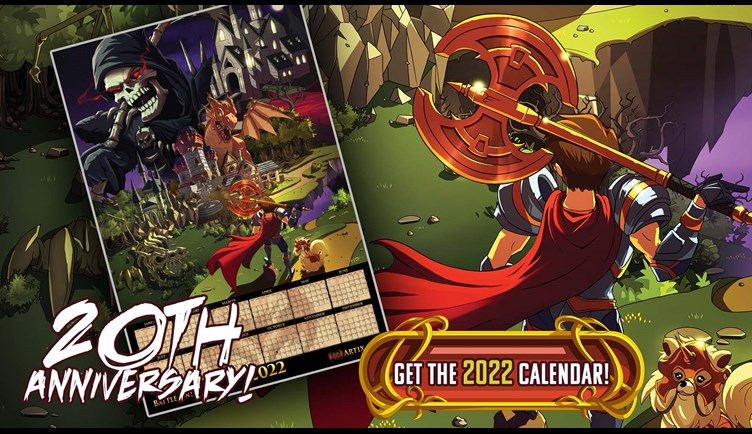 Get your 20th anniversary, double-sided (The flip side is a full poster with no dates) calendar at HeroMart.com . Check out the exclusive in-game item rewards that come with it. 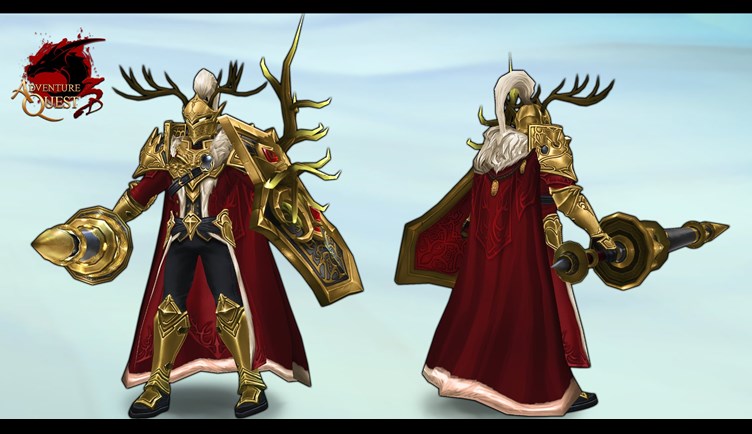 Be sure to login to AdventureQuest 3D before Wednesday the 23rd! You and all other players who logged on this month will be receiving a gift of 500 DragonCrystals. And just in time-- on Wednesday we will finally be releasing the 2021 Frostval Collection.

See you in Frostval.

P.S. Our hearts go out to all of our friends and team members who were impacted by Super Typhoon Rai which struck the Philippines last Friday. On behalf of you, and all of the players in our Artix Entertainment video game community, we have made a donation of $5,016 USD (250,000 Philippine pesos) to the Philippine Red Cross, to help in the relief effort.