This year.... the Grenwog finally emerges in AdventureQuest 3D!

Been a while since we did one of these. So here is a behind the scenes sneak peak at how monster and armor art is made for the game.

It starts with a concept sketch.... 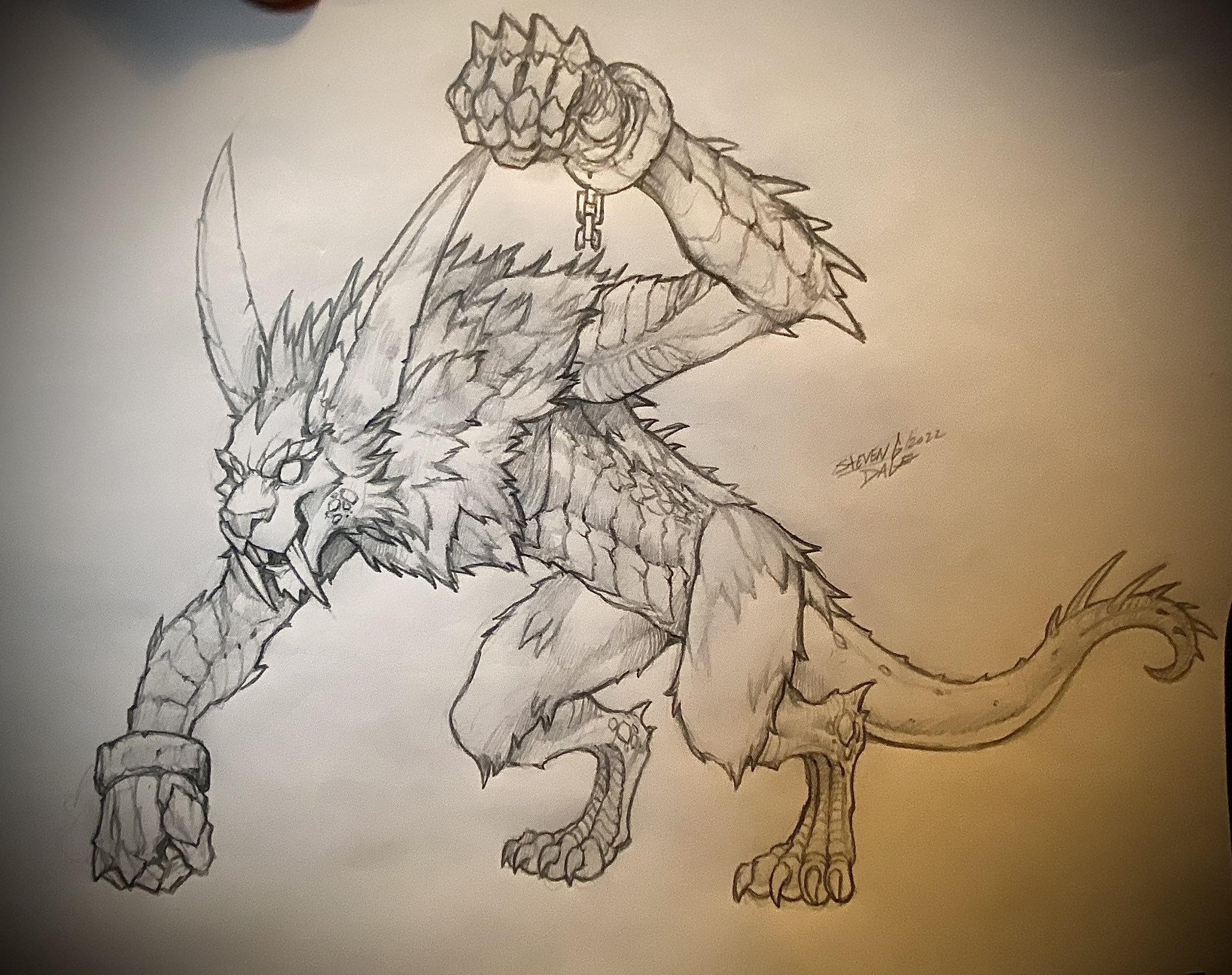 Dage drew this one. He wanted something heavily inspired by the original Grenwog.... maybe a little more horrifying.

Here is what it looks like in AdventureQuest Worlds. 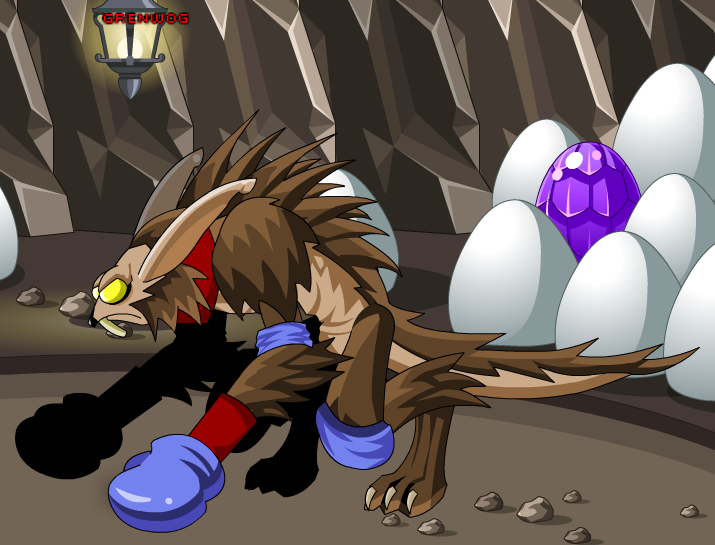 Boxing gloves or no boxing gloves? It is a tough decision. In AdventureQuest Worlds, the Grenwog changes each year. It is sort of like our Shrade who keeps getting different forms. The look of our 3D Grenwog will stay the same.  But at some point, we should definately make some sort of boxing glove drop.

Dage painted his sketch to make it easier to know how to texture the final version. 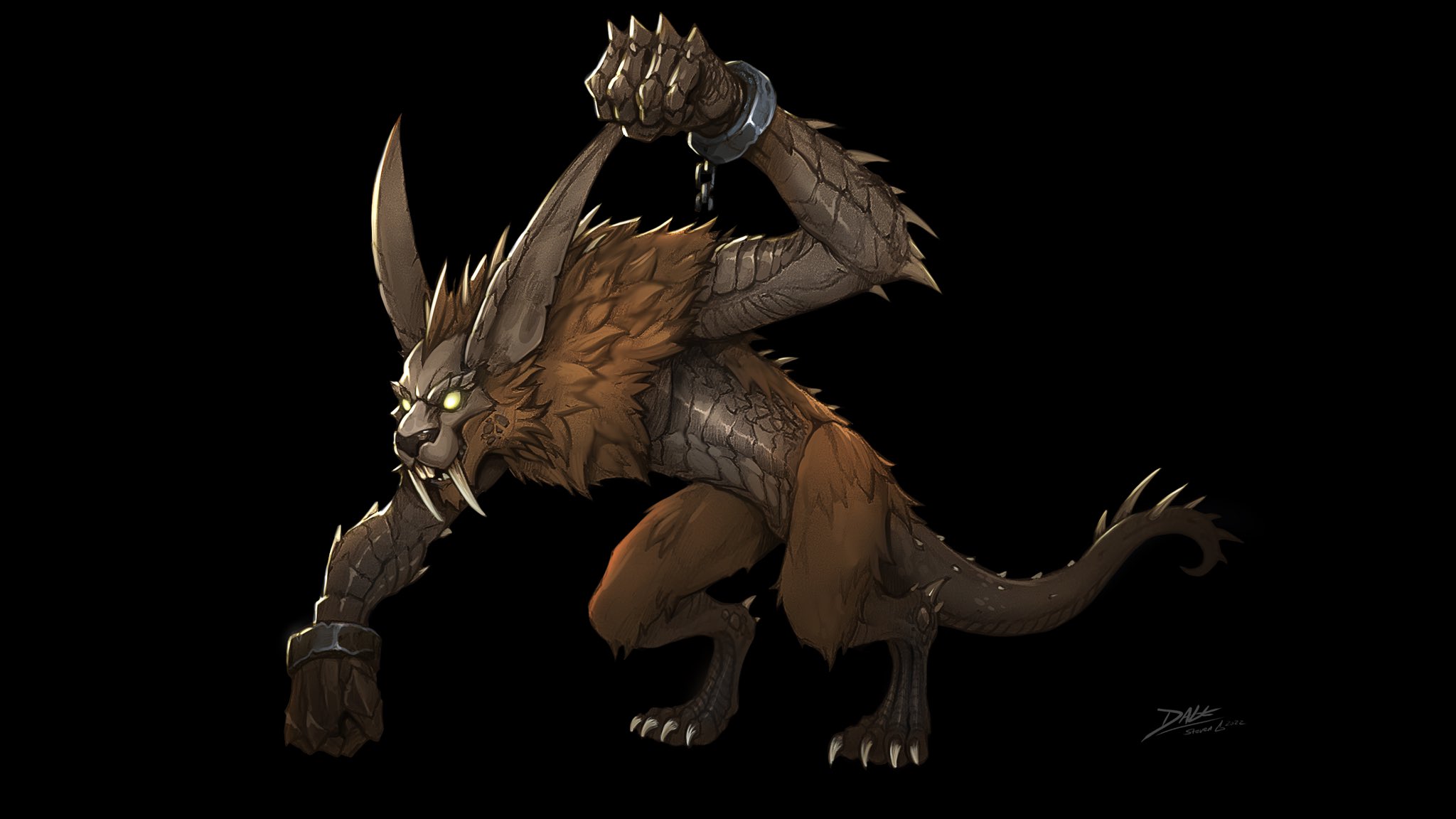 Then, the sketch is sent to Xero who creates a 3D model of the monster.

The finished model is sent to Korin to be rigged and animated and also to Dage to be textured. 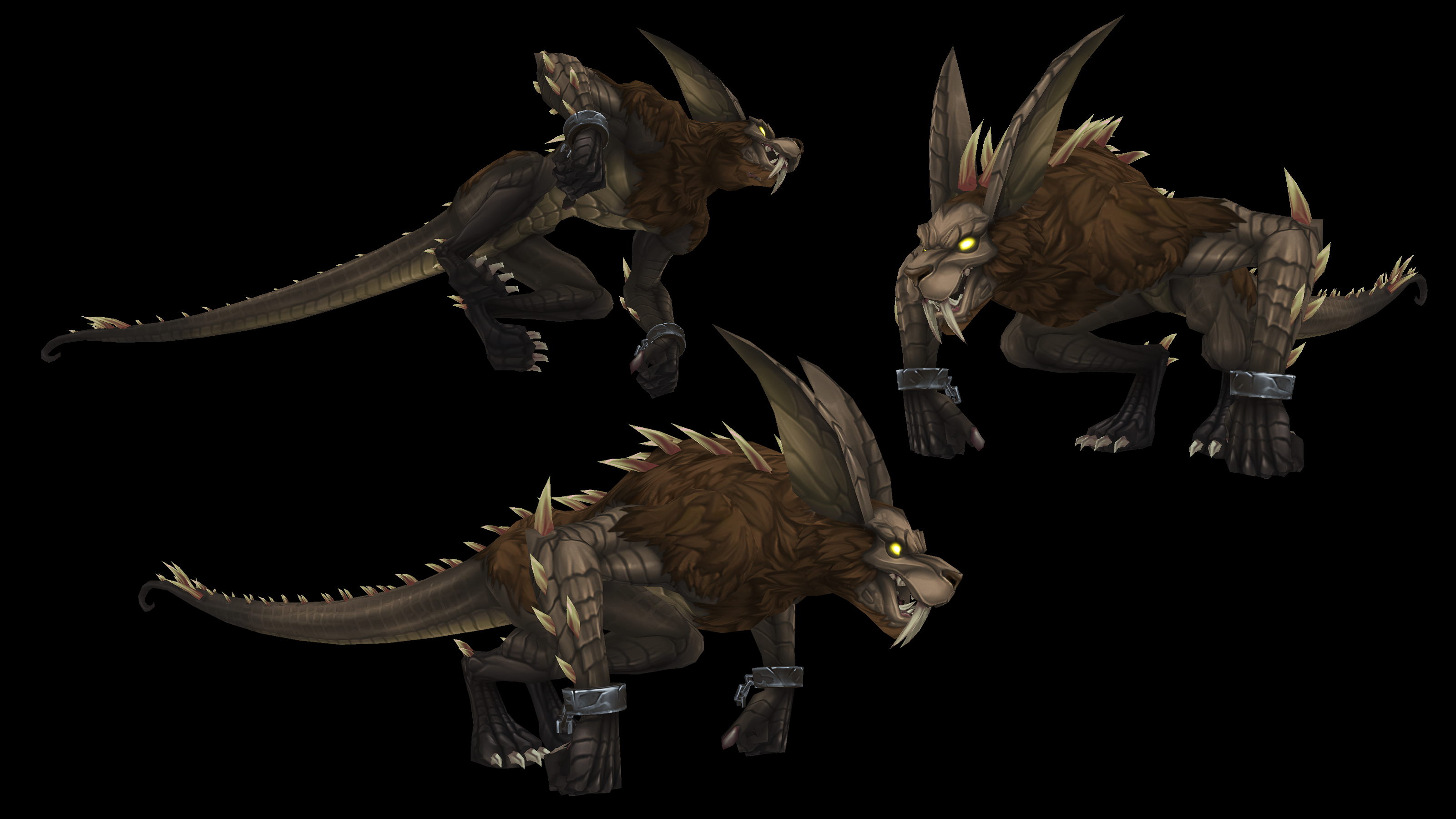 Most of the time you will see us post previews of the monsters in their "T-Pose". That is because they probably are not animated yet.

Animations can take a very long time to do. So any time it makes sense to use an existing animation rig... we do.

Once the monster is modeled, textured, and animated... it is sent to our cloud builder servers which creates a version with the right settings, compression, and formatting for PC, Mac, Apple, and Android. Then we add it to the database where it is given stats, skills, and balanced. 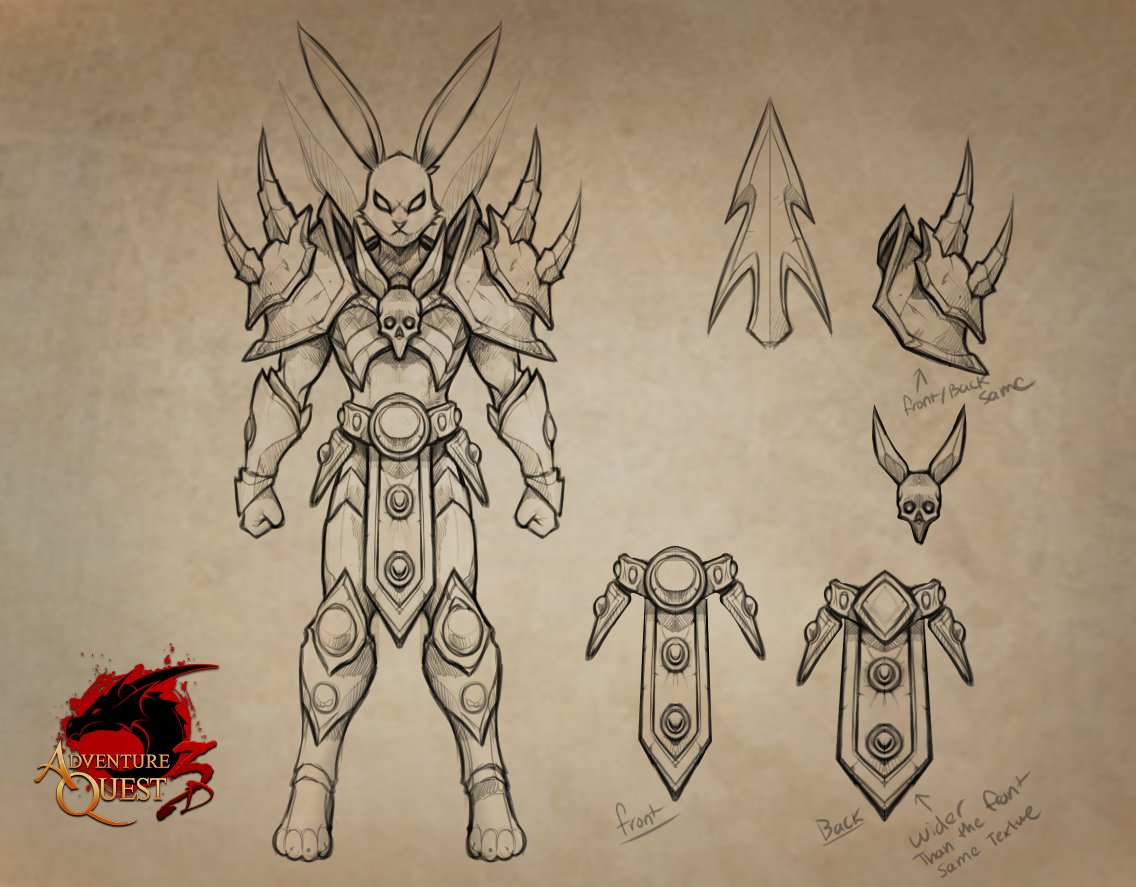 You may recognize this iconic armor from AdventureQuest Worlds too!

Dage did this sketch. AdventureQuest 3D armors are broken up into multiple parts that can be loaded separately. The body parts are sorta built into our base characters. Then there are the shoulders, helm, gloves, boots, belt, cape, and hair accessory. Each part needs a unique model. Then each part needs to be textured. In addition to helms, we also have "head morphs". This just means a 100% head replacement.

Here is the finished armor set... 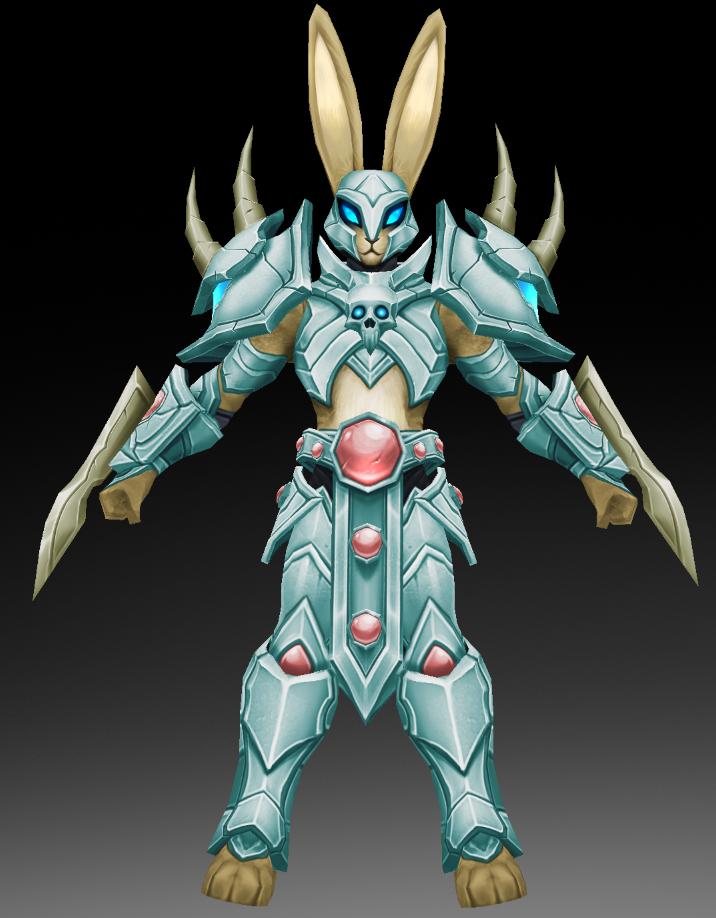 Armors go through the same process as the monsters. The final parts are sent to the cloud builder which makes a version of each part for PC, Mac, Apple, and Android. This cloud builder farm actually lives inside our Lab. We have a room full of laptops which are always on and anxiously awaiting new files to be sent to them for processing. (Powered by Hamsters of course).

Finally, each armor piece is then added to the database. Once an item exists in the database, it can be added as a drop on monsters, quests, or as an increment in a crafting recipe. Fisn oversees all of the items going in. They do it on a development server. Once everything looks good, the data gets moved to a staging server for final testing. Sometimes we will then send it to the Public Test server for serious testing. The final destination is to all of the live servers were you can get the item and equip it. 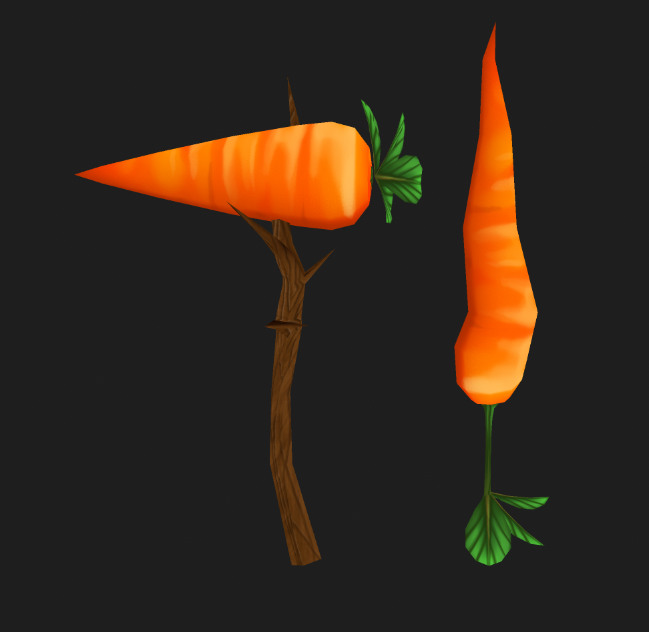 Carrot on a stick

Weapons use the exact same process as the armor pieces. It is possible to add special animations and particle effects to some weapons.

The Grenwog's lair is a new map being added with the release. It is beautiful and relatively simple compared to some of the trickier and challenging maps we have made in the past. (Like the Masquerade and it's reflective glass floor). I really like the emmisive glow effect on the mushrooms. 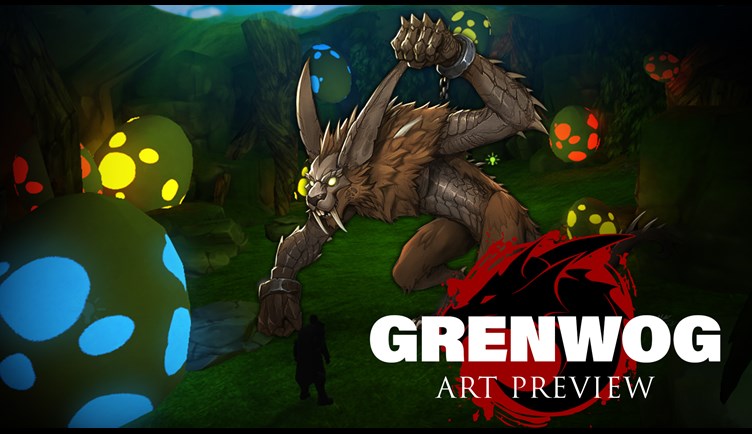 Thank you for allowing me to share this with you. Whether you already knew this process or are hearing about it for the first time, I hope it was fun and interesting. Looking forward to battling the Grenwog in 3D alongside you for the first time ever in this upcoming release!

Also, the first few maps of the Nulgath saga were turned in this week too. If you like this post, I will ask Blaze and the other devs if they would be up for regular sneak posts like this.

P.S. I posted a new music page on Artix.com just a bit ago
P.S.S. I am writing to you from the lab today! (Nice to be back)
P.S.S.S. We re-hired Pacifica! You may remember her from some live events waaaay back before the pandemic.
P.S.S.S.S. Did I switch the P and S's again. It is supposed to be P.P.P.P.S right?