Get Healer class now in AdventureQuest 3D! The other classes with healing abilities were improved alongside building Healer so that they are more balanced and feel better in gameplay. Rabblefroth gave us the details on what’s new to these support classes and what it took to create the Healer class. 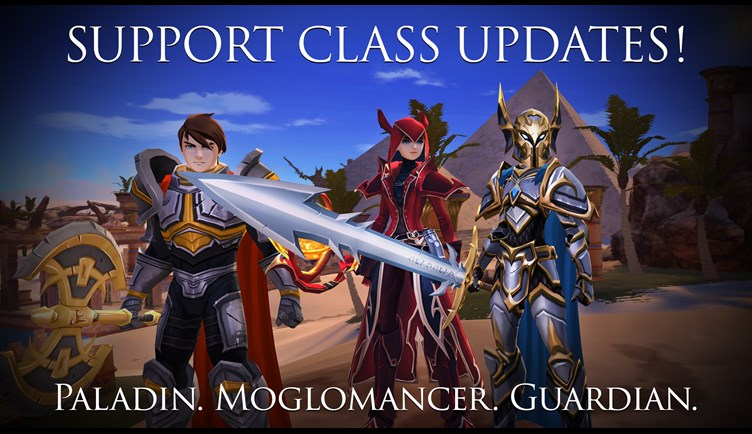 In revamping these classes, we wanted each class to have a unique identity... Clearly defined strengths and weaknesses. We improved Mana usage and Ults no longer have a mana cost for support. We also limited the number of targets many spells can affect, but that was so spell effects can be stronger. Overall, playing the support classes should now feel powerful and the party should feel empowered when a support is present; but not so much that a support class feels required in combat. However, some future challenge fights will be designed where support classes are highly recommended to succeed.

Paladin - “aggressive off-healer”
We want to push Paladin more into a single target support with area damage abilities. It should feel like an aggressive off-healer. Healing spells can now be cast on allies within a wider range from the Paladin. May need additional support in larger groups.

Moglomancer - “large group support class”
Overall we wanted to give Moglomancer more active decisions, and make it stronger and more fun to play. Moglomancer should excel in larger groups than other supports (up to 10 players) and should feel like a mix between a spellblade and a bard. Moglomancer received boosts to all of its skills and greatly increased Area of Effect spells but may feel less effective in smaller groups.

Guardian - “sustain tank with group utility”
While not what we consider a Support class, we felt this was a good opportunity to update Guardian to stay in line with our new design philosophies. Overall we want Guardian to be a sustain tank with group utility. Guardian received an increase to damage reduction, Guardian’s Hope has increased self-healing, and Guardian Marks now have more utility. Great for adapting to the situation by tanking or supporting as necessary. 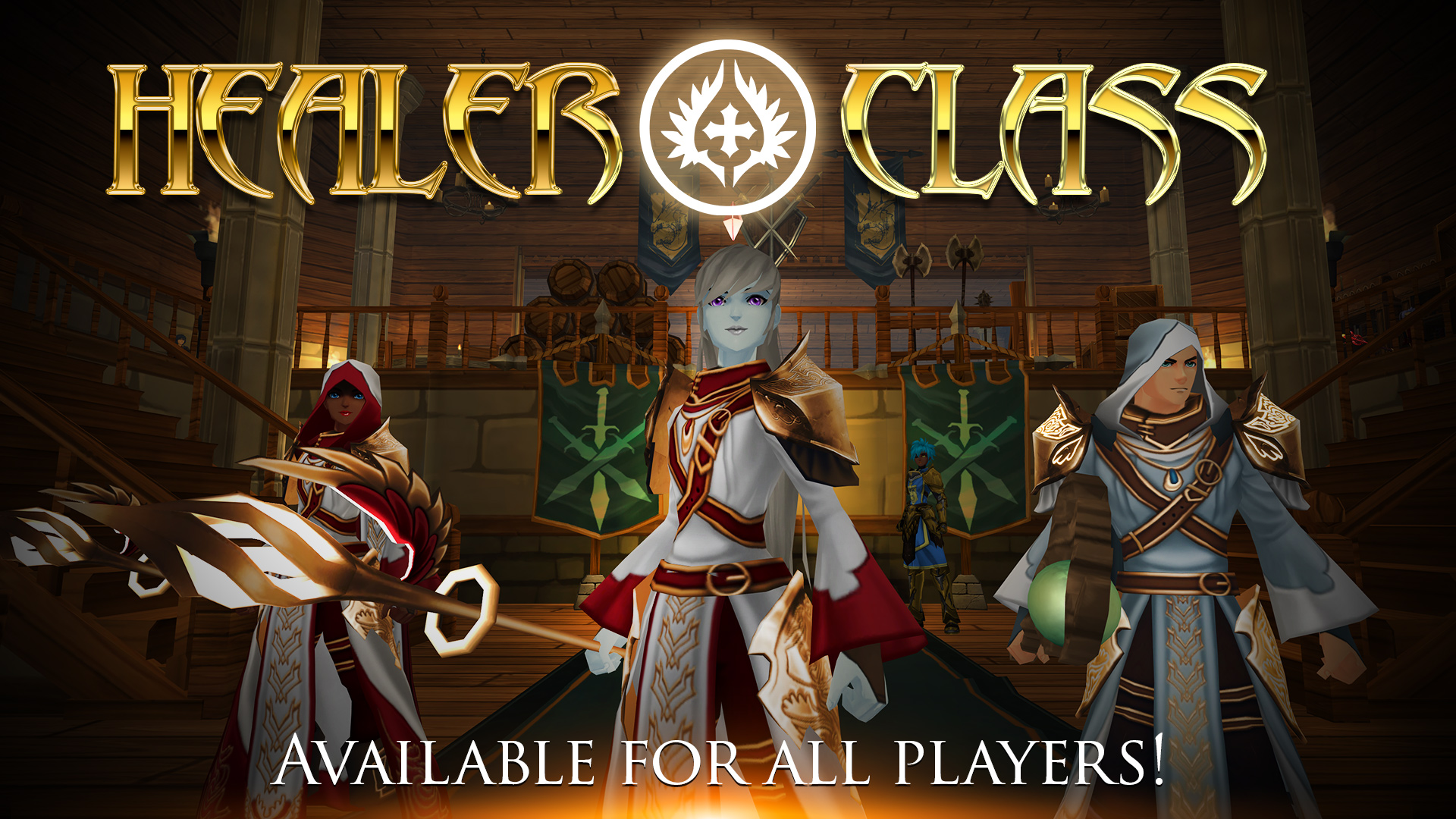 We’re really proud of Healer. The goal was to have more heals compared to other supports and really strong buffs. Focused almost completely on empowering the party, it was always about healing those players and buffing them. We wanted one skill to feel super strong, a massive attack that feels really good.

Because it is limited to buffing your party, we were able to make it more powerful. It should feel really good in a group, but also solo-friendly. We defined what we wanted beforehand and designed with those aspects in mind, so newer classes, including Healer, have been smoother in bringing them from concept to release.

There weren’t too many changes we needed to make by the time it went to PTR. Rabblefroth worked with Baht and Blaze, and they tested Healer on Wolfwing to be sure it felt good in a challenge fight. After releasing the class to PTR it was mostly stat tweeks because the reception was really positive from testers.

Rabblefroth shared that a validating moment for him was when the PTR testers complained that the Unleash skill was overpowered, too strong, but that’s the feeling they wanted from using that skill.

Passive - Pure Heart: Ultimate spell charges 25% faster from healing damaged allies
Auto Cast: Repeatedly strike your enemy from afar. Every fourth case deals bonus damage and restores mana.
Healing Wave: Concentrate your powers into a large heal for up to 5 allies.
Burst of Morale: Launch a blast of energy at an enemy to greatly boost the attack of 5 nearby allies.
Renew: Immediately apply Renew to 5 nearby allies. Each time Renew heals you or an ally, gain a stack of Kinship. Can be recast as Unleash for a brief time.
- Unleash: Unleash the power of Kinship in a massive blast. Deals extra damage for each stack of Kinship.
Ultimate - Inspiring Light: Vastly enhance an ally’s battle prowess, greatly reducing their cooldowns and increasing all healing received. Immediately refreshes target’s current cooldowns.
Cross Skill - Presence of Mind: Focus your thoughts, increasing Heal Power of all spells you cast and items you use by 35%

Can Healers do enough damage to play Solo?

We wanted to make sure it was very safe, but played a little slower than the other classes. There’s a lower risk of dying but you can’t kill stuff as quickly. Our devs and testers have played Healer solo in various adventures and it still feels fun, though it is still recommended to be played in an area with other players around, even if they are not in your party.

“Thank you to PTR for the feedback. Especially with Moglomancer. All of your feedback was super valuable and helped to make these supper classes better overall.”

Talk to Ivory in the Class Trainers to begin your Healer training. Teleport there by going to Prim or selecting Healer from your Classes tab in the Game Menu.

If you want to see ALL of the changes made to the support classes, you can read the Patch Notes for this release.