I Pink, therefore I am.

Player: ARTIX!!! Where have you been the last two days!?
Artix: Awww, you missed me?
Player: NO, I missed the design notes! They have been so good lately that I got addicted. Then you made me go TWO WHOLE DAYS without them--  cold turkey...
Artix: Oh. Two days ago the County Commissioner showed up with three military grade security experts asking for my help.
Player: The Commissioner?
Artix: Yeah. sorta like Commissioner Gorden from Batman, but it is a woman.
Player: *whispers* ...are you Batman?
Artix: Haha, no. Unrelated topic... do you like our new logo?

Player: Were you kidding about the Commissioner thing?
Artix: ...no.

We have made the jump to the latest version of Unity3D's development tools. It is always scary moving up to a major new version. But it is vital as it will fix the "GPU goes crazy when the game is minimized", "flickering light probes", and many more issues in AdventureQuest 3D. The entire team had to upgrade at the same time-- and because Unity 3D changes their licensing structure we had to figure out the $$$ too. The first thing we noticed logging onto the new version was that... EVERYTHING WAS PINK!!!

I am being a bit over dramatic... but if you have been playing our games for any length of time you probably already know about my deep seeded fear and allergy to the color pink. Normally I am just trolled by staff and players about it... but this time our entire Development IDE is trolling me O_O.

Have you ever seen something in a video game (ours or any others) that was completely pink? Well, that is your 3D Video Card (GPU) throwing its hands in the air and saying "I HAVE NO IDEA WHAT TO DO HERE!" It is basically the GPU's way of telling you it cannot, or does not know how to handle something.

Pink objects happen for one of the following reasons:

Our reason was not listed above... because the lighting system changed, we need to re-publish all of our 3D maps and objects so that they are compatible with the new lighting system. Pretty easy... we figured this would happen, so we carefully put AdventureQuest 3D together in a way that lets us republish everything in the game with the new settings. It was probably finished by the time I wrote this post.

OK, maybe not. Yergen, Llusion, and Oishii say they are about 50% there and it should be done by the end of the day.

Did someone say Android?

The things I am working on, these fixes, and the Android Closed-Beta should all be ready to go live next week (or the week after at the latest.) Battle on!

Meanwhile, this weekend in AdventureQuest Worlds the new Throne of Darkness saga release is going live-- The Tower of Mirrors! I have been writing this saga which is a unique as it is told from the perspective of the Villains instead of the player. This is the story of the 6th and final villain seated at the table... Scarletta with her Mirror Eyes. Which means after the Tower of Mirrors is complete, we will at long last find out who the mysterious stranger at the head of the table is. 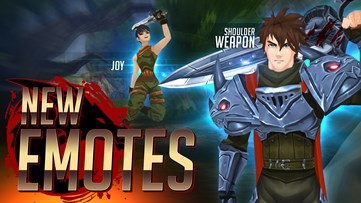