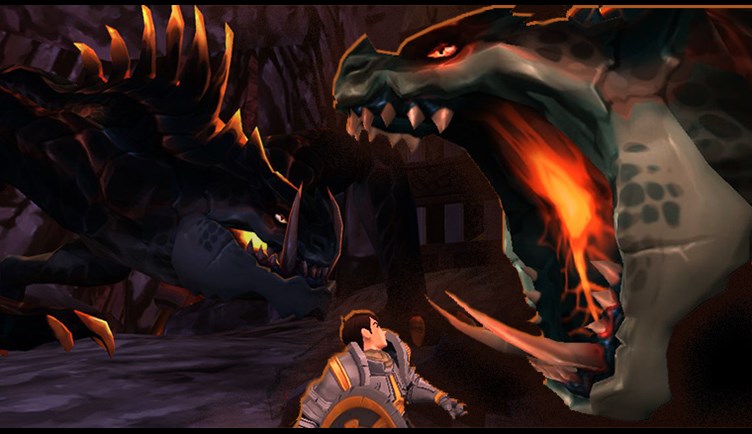 "I'm here to kick Ashfall and chew bubblegum... and I'm all out of bubblegum."

His name... is Steelfang. While the intelligent, talking, spell casting Dragons of our world have cool names, all the feral & beastly Drakes are named simplier things by the locals that they terrorize. (Or terrorized.... if the locals are mysterious missing-- which would indicate that they terrorized with maximum terrorizing.) 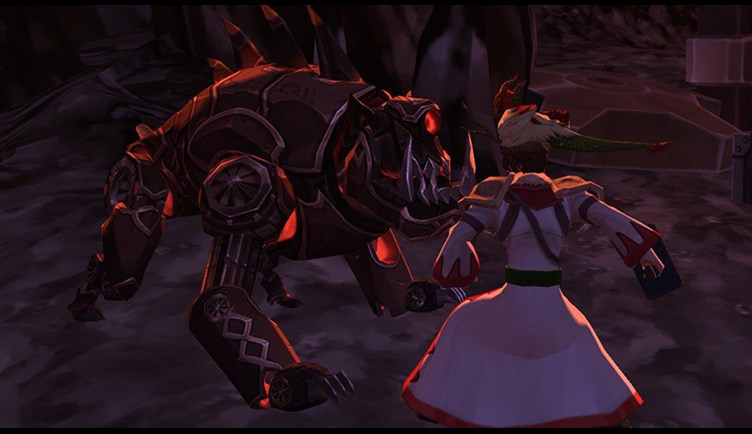 Doge out of the way!

You will visit a few new places in Ashfall 2. Honestly, the game feels like it is getting better with each release-- which is pretty much how AdventureQuest and AQWorlds felt when they were at this stage. With the first release of Ashfall, I feel like we finally hit stride. Part two will be fun, and will ultimately lead up to the climax at the finale in part three... which will be one giant Boss Fight! While building the content and improving the game engine, we are also trying to speed up the process of building the content. So we made our own Cloud Farm!

NEW! We made our own Cloud Farm

"There is no such thing as a 'cloud', it is just someone else's computer!"

Did you ever see a broken pink item in AdventureQuest 3D? Or an item that was working fine on PC, Mac, and Android but was broken on the iPad? There is a good reason. Since the start of this project we have been manually building the asset bundles for each and every device by hand. You know, things like weapons, armors, maps, monsters, and literally anything else that you see loaded into the game. For each type of things there are a gazillion settings you have to remember to manually set in a dozen different places, and then you need to remember every "gotcha" and weird setting as you re-publish the asset bundle out for each device. It also takes forever, eating up everyone's time waiting for the things to publish. This is also true for the AdventureQuest 3D game engine itself! So the folks in the programming room came up with an idea. How about we make our own little cloud network of machines that automatically watches and every time we add an item or game engine update it starts publishing for all devices! So we put a few computers in our side room, which are endlessly running and doing just that. The overall idea here is the less time we stare at a progress bar slowly creeping across our screen on our computers, the more time we can be building the actual game stuff. It will also drastically reduce the errors caused by missing one of the gazillion setting options required to make the asset work on a specific device.

P.S. Dage is still running around game spawning monsters ever day.
P.P.S Tune in tomorrow for... hmm, should we do sneak peak artwork, upcoming game features, the new town of battleon, or greenguard? (We can not talk about the Kickstarter map yet, but if you are one of the custom weapon backers or above... be sure to check your Kickstarter messages and your weapon/NPC design doc!)