Previously in... the Lolosia Saga

Beware... Thar Be Spoilers Ahead!

Need to refresh your memory on what happened on Lolosia or Yokai Island? Read this saga recap before jumping into part 3: Atlantis.

Are visuals more helpful? With the Atlantis release, you will be able to talk to select NPCs in the Mysterious Islands to watch a few cutscenes to get you caught up. 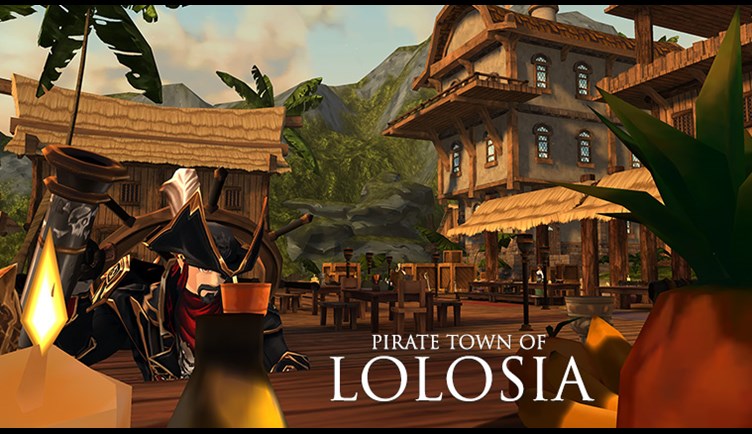 Meet Gunpowder Mary and explore the pirate town of Lolosia by helping the citizens deal with sea creature attacks and rowdy pirates.

Join pirate Captain Rhubarb and his crew on the Red Betty. If you help him find the Trident of the Sea God, he will help you in your fight against Vane. 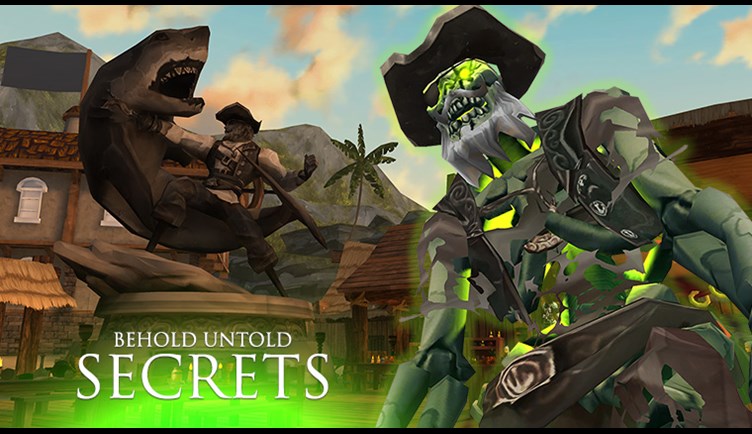 Learn about the Trident

A powerful Sea God once ruled the seas of Lore, controlling' the oceans with his mighty Trident. All the islands had to pay tribute to him or he would sink them beneath a tsunami. “That treasure bein' paid was a temptation to those early pirates, but he would destroy any who dared approach.” Those early pirates are known as Alpha Pirates. With their combined might, they called forth the great Braken to fight the Sea God. The Sea God fell. His trident was broken into pieces and each piece hidden in different places.

The Haunting of the Mysterious Islands 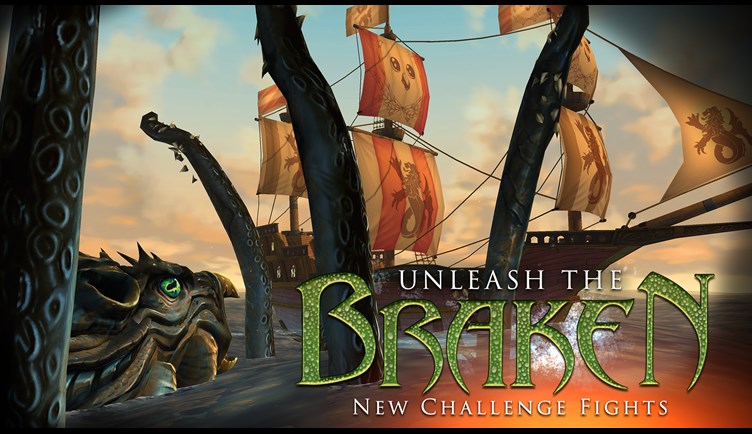 Escape on the Red Betty as the guardian of the 1st piece of the trident seeks its revenge. Can you defeat the BRAKEN?

Do not read ahead if you did not complete Part 1 of the Lolosia Saga. 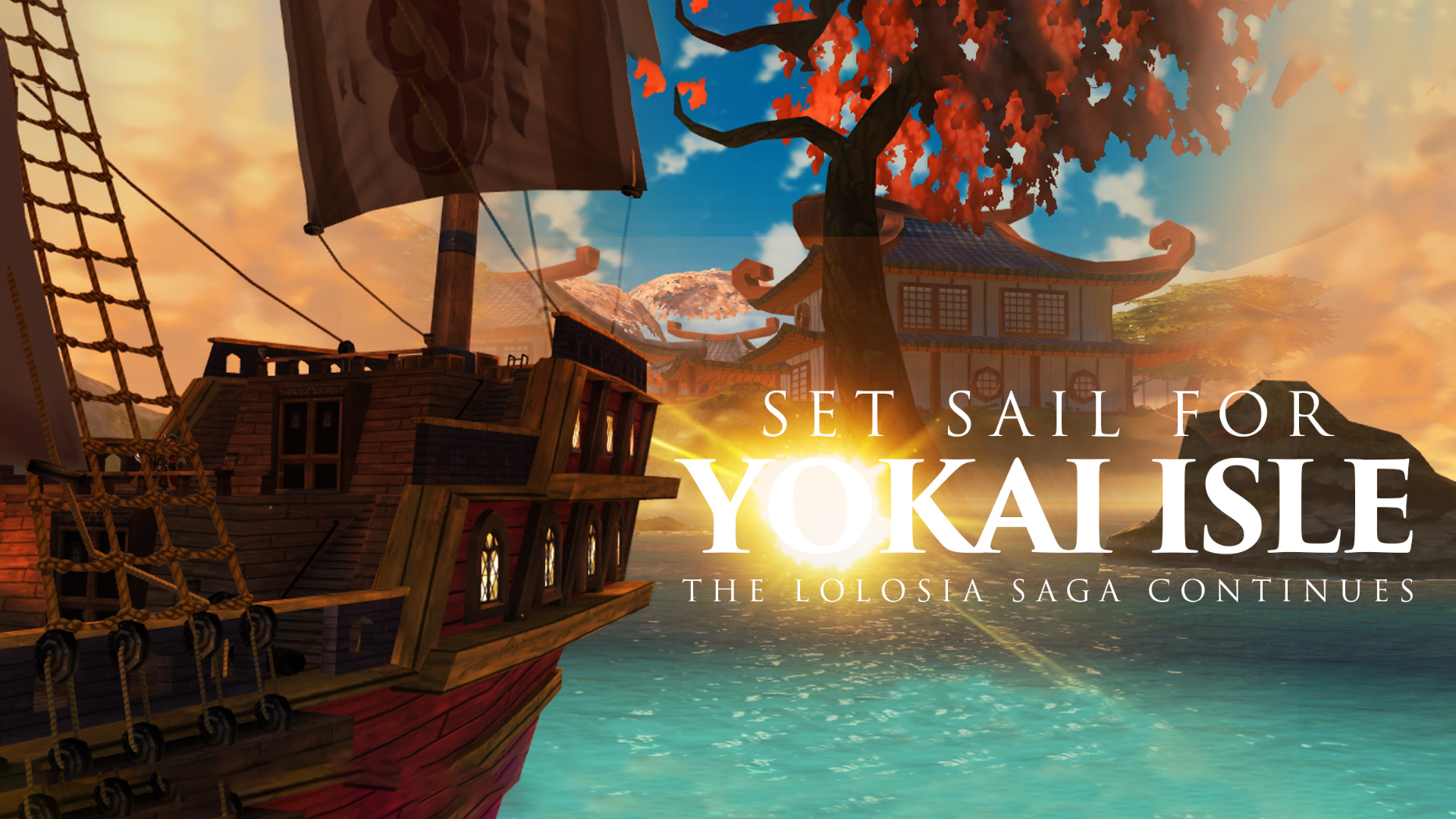 Set sail with Captain Rhubarb to Yokai Island, a secret island of ninjas. He knows the Ninjas have the location of the second piece of the trident, but they won’t spill their secrets to anyone who asks. You must go undercover and gain the trust of the Yokai ninjas in the Shadow of the Wind village to find its location. 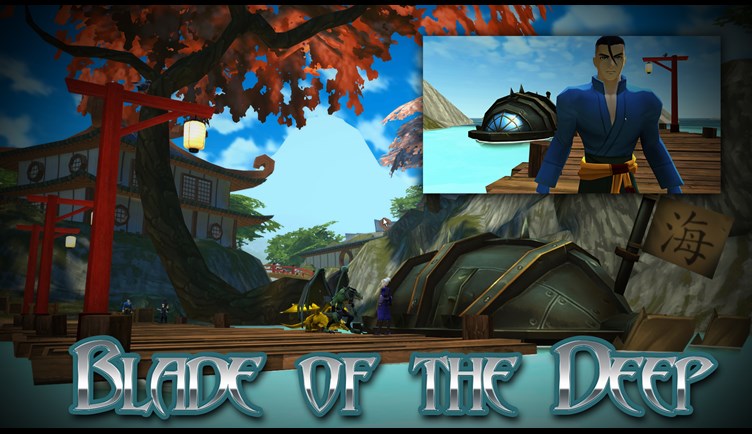 The Blade of the Deep

Yuki Jin has invented a submarine-like ship that can 'sail' underwater, swift as a ninja, undetected by pirates, and reach the second piece of the Sea God's Trident first. They fear the pirates will sink their island if they have total control over the water with the trident. However, they still need a power source.

Kagu-Tsuchi is a fire elemental who lives in the volcano on Yokai Island. He alone can provide the Elemental Fire Crystal to power the Blade of the Deep. However, he believes the ninjas stole his father's sword, known as Ame-no-Ohabari, and will not deal with them until it is returned. 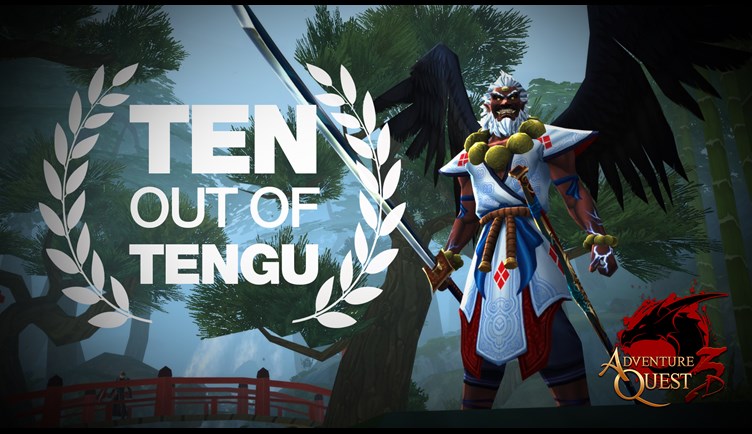 The ninjas didn’t know Ame-no-Ohabari had been stolen. However, the Daitengu in the forest has been seen with a powerful weapon lately. Seek him out and retrieve Kagu-Tsuchi's sword. Be careful, the Daitengu is swift and a trickster.

Kagu-Tsuchi is grateful for the return of his father’s sword and proof of the ninjas' loyalty. Take the Elemental Fire Crystal to power Yuki Jin’s invention. 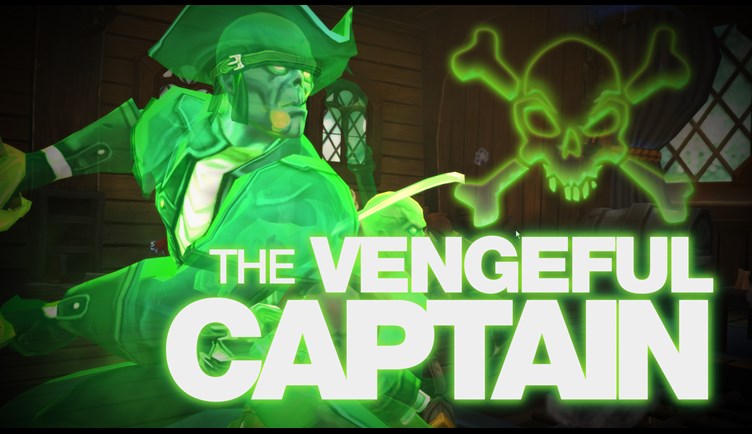 Two Sides to Every Story

The ninjas tell a different version of how the Sea God was defeated. The emperor of Yokai rebelled against the Sea God’s demand for tributes and sent ninjas to fight him. They summoned Ryujin, the Great Sea Dragon. He defeated the Sea God and broke the trident. The pieces scattered to the winds. Pirate Captain Tutor found the second piece of the trident but Ryujin was still its guardian and sank the pirate’s ship. It was named The Vengeance.

The Wreck of the Vengeance

Navigate to the wreck of The Vengeance and claim the 2nd piece of the Sea God's Trident. 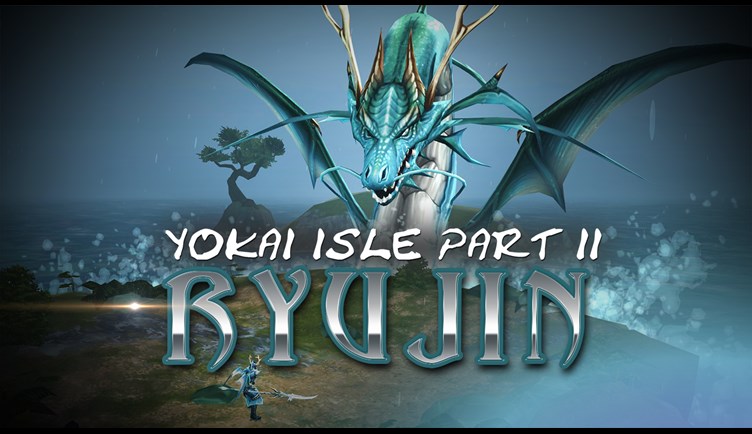 Captain Rhubarb blows your cover and Yuki Jin finds out you are actually working for the pirates. Convince Yuki Jin and Captain Rhubarb to work together to find the final piece… and defeat Ryujin who wants his trident piece back.

Ryujin reveals that the last piece of the trident is located in Atlantis, but warns that the trident was broken for a purpose "A weapon that powerful will always be a threat". Yuki Jin and Rhubarb decide to pursue the final piece despite the warning. Making peace between the ninjas and pirates is worth trying for. 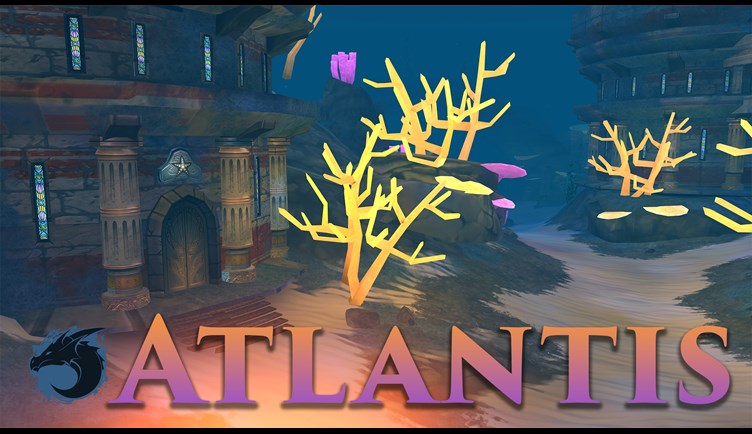 Now you're all caught up on the Lolosia Saga. Make sure to check your Main Story progress in the Adventure Menu to be sure you completed all of the Lolosia Saga story quests. It should say you are 100% completed before the release of Part 3. When the Part 3 (Atlantis) story quests are released, you can also check your previous progress by checking the Recap cutscenes. Ryujin's Warning will show 100% completion if you completed all of Part 2 (Yokai).