I have known known Artix (real name: Adam Bohn) for nearly 12 years. We've been with each other through thick and thin. We've helped each other through break-ups, been on adventures, survived disasters and worked side by side to keep this game company alive. He's "Uncle Adam" (sometimes Uncle Artix) to my kids. I was a groomsman in his wedding and he was one in mine.

I'm lucky to consider him one of my closest and best friends. One of the main reasons that I consider him such a good friend is that I KNOW, without a doubt, that I can count on him. When he says something... he means it. 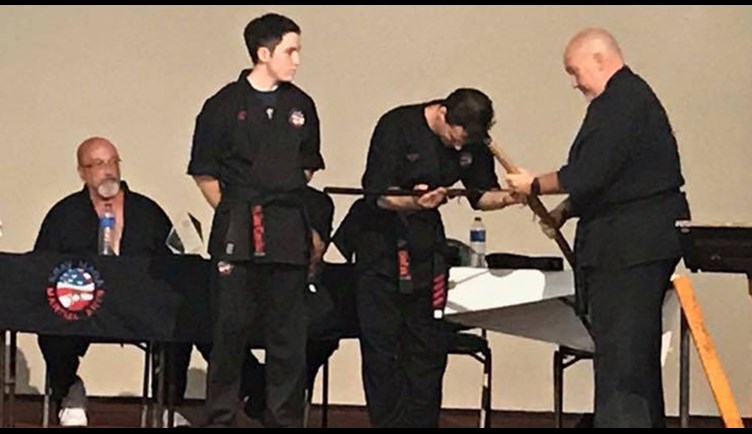 Shortly after I met Adam, back when we were working on a new project called "DragonFable", he announced that he had begun training to become a 4th degree black belt in his Martial Arts. True to his word, this weekend he tested in front of a panel of Grand Masters, achieving his 4th degree Black Belt and the title "Shihan". 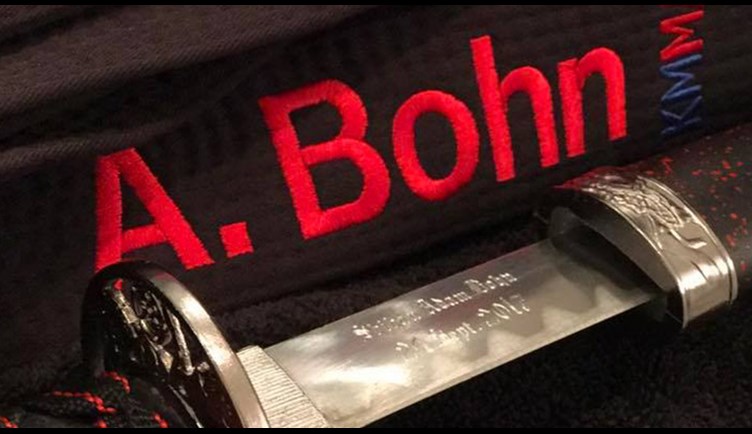 “Shihan (師範) is a Japanese term that is used in many Japanese martial arts as an honorific title for expert or senior instructors. It can be translated as "master instructor".

Following the test, our fearless Paladin was awarded the title of Shihan and a katana upon which his name and new title had been inscribed.

But this was no ordinary test...

The Path Of The Master

During the 6 months prior to the test, Artix had been training intensely at the regular martial arts school classes, private lessons, secret training sessions with the other candidate for 4th degree, and physical conditioning by going with Zhoom to the gym for running and weight training. The test took place at a weekend long Krav Maga Camp-- and the day before the test, Artix and his fellow martial artists trained from 8:00 in the morning and kept training until 8:30 that night. 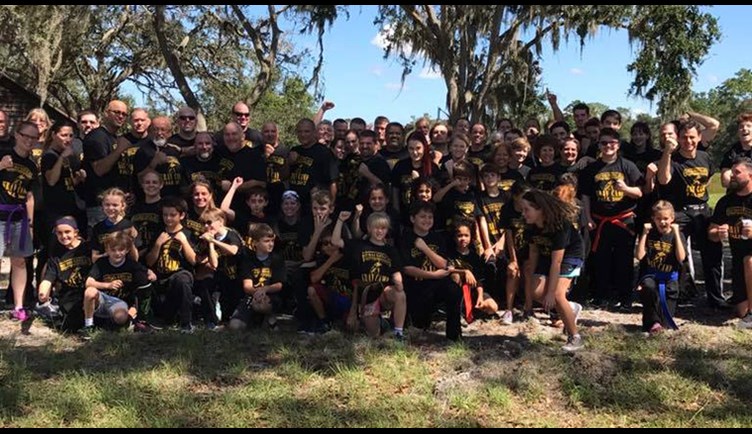 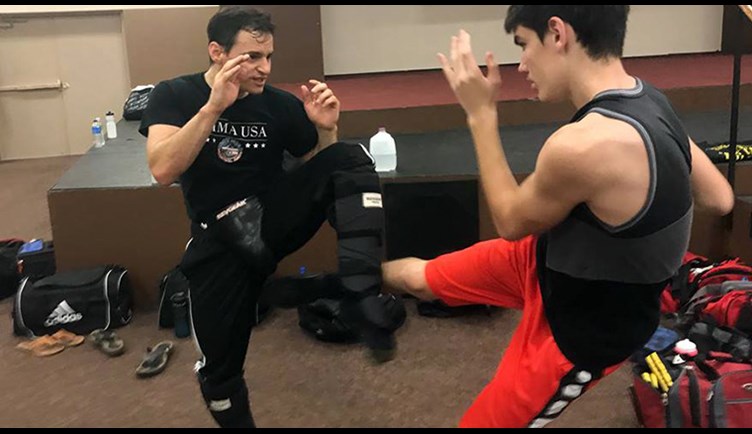 The grueling test was a 3 hour long gauntlet designed to drive him to the very limits of his endurance and test his skills under the most severe conditions. The judges included the Master Instructor of his school as well as Grandmasters of Kenpo, Hapkido, Tae Kwon Do, and Filipino Arnis who has flown in from all over the country to judge this event. 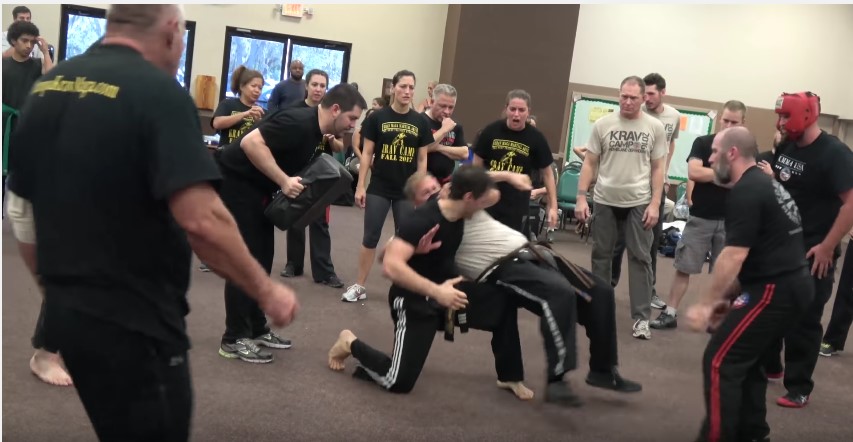 While the vast majority of the test was centered around Krav Maga which included combatives and hand to hand / knife / stick / rock / gun / defense, he also performed “Arete’” which is a kata created by his Master Instructor for his own 5th degree test. Upon finishing, Adam asked if he could do it one more time-- walked off the staged and returned with Sai, Nunchucku, and a Katana-- and surprised everyone by performing the same kata again, armed with traditional martial arts weapons (and he did it to the DragonFable song "Call of KathoolAtchoo" by Ghost. 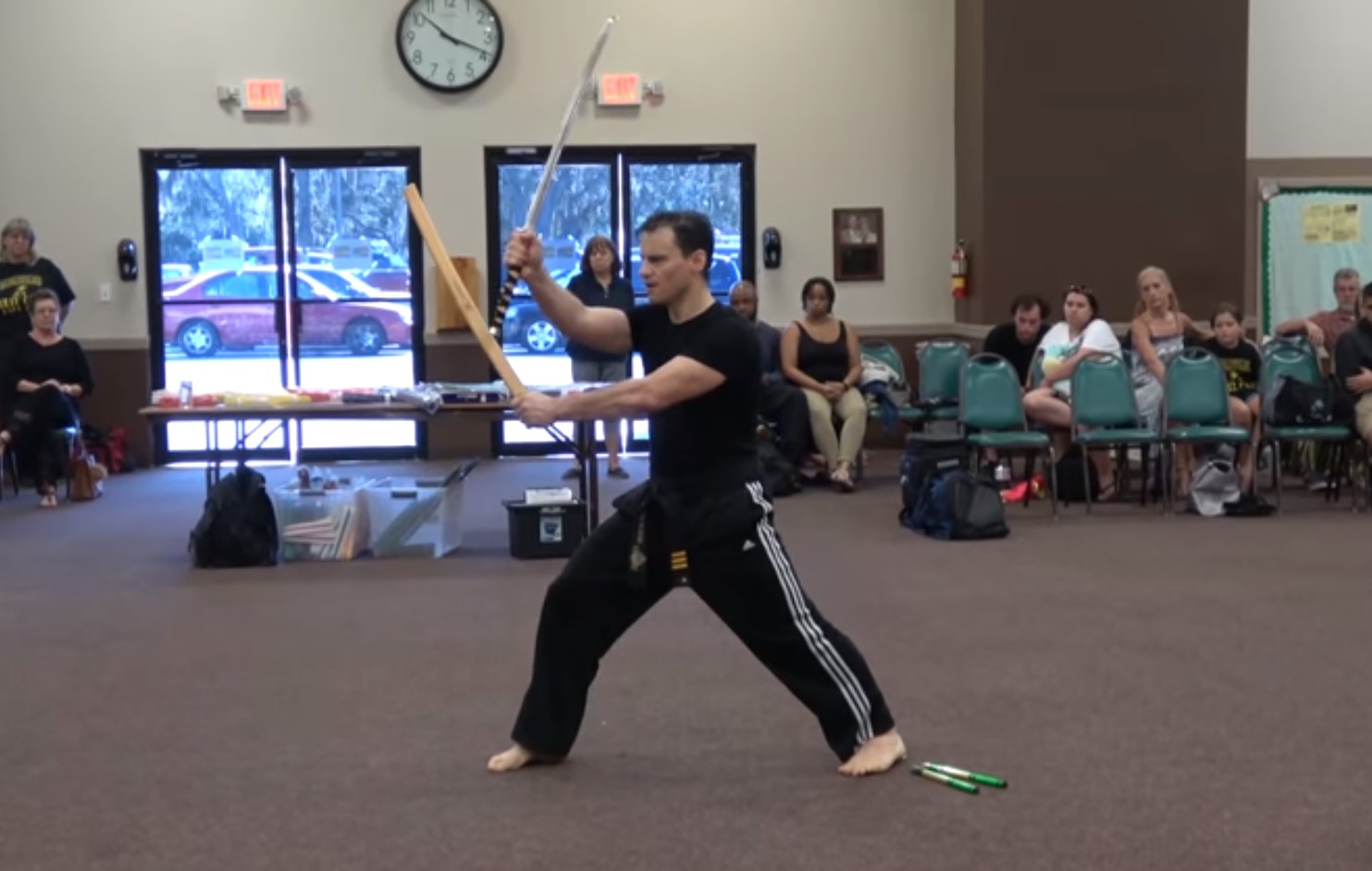 Shortly after the test I got some truly disturbing texts with pictures of his battered and bruised arms, chest, and face, still bleeding in places. Coming in Monday morning, he was sporting two black eyes... but I've rarely seen my friend look more proud. 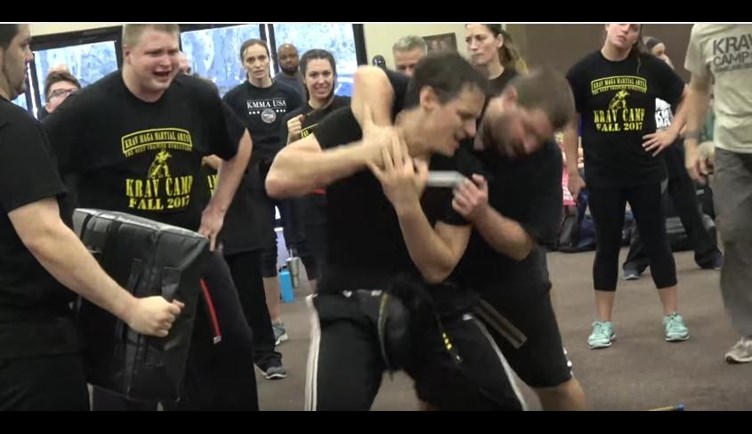 It's really inspiring to watch your friend achieve life-long goals and it's good to know that, with hard work, you really can accomplish anything that you set your mind to.

This is a really big deal. If you want to join me in congratulating him on this stellar accomplishment, drop a "Gratz" on his Twitter or Facebook page! 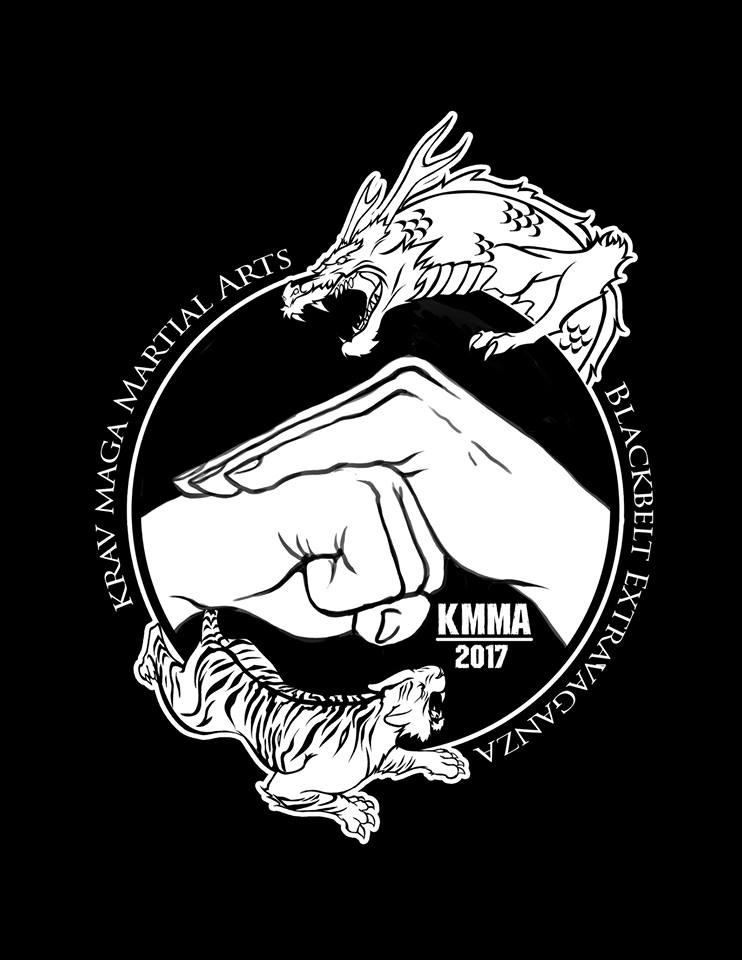