This is one of those special posts where I type a lot of words.... so many.... words.

It is Monday. I arrived at the lab to see a giant box of.... 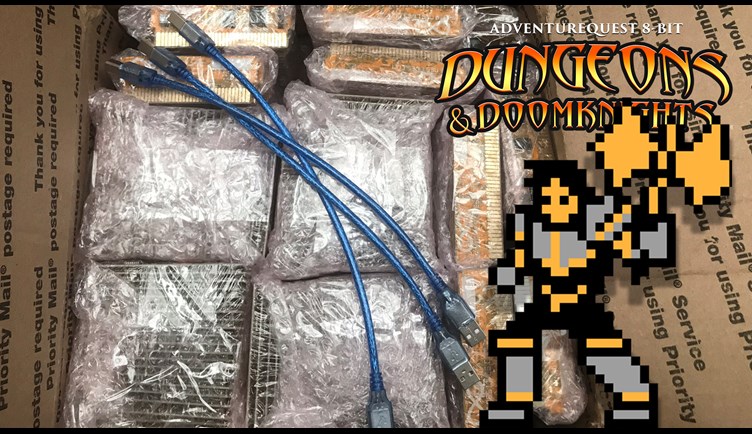 Yup. The first half of my shipment of boards to build real NES Cartridges has arrived. What? You have not heard of the Dungeons & DoomKnights project yet? It's not safe to go alone. You better read this.

I also posted a video of the box opening on my Artix Krieger Facebook Page.

Then someone told me I could now... 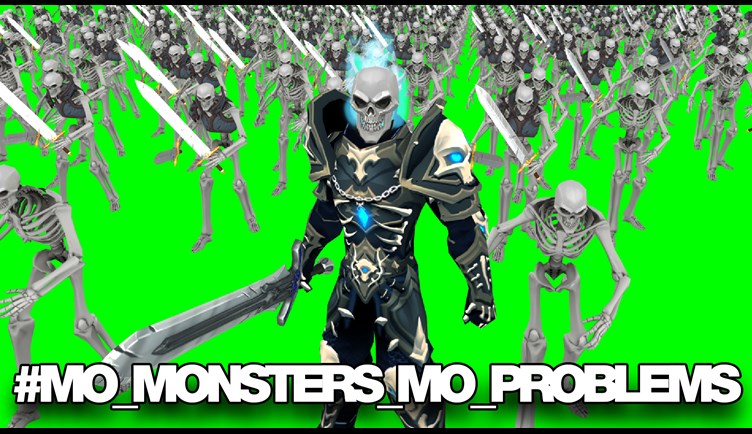 From time to time we log in and do live events. That is, the team hop on the game, and spawn monsters for the players to kill and reward them by spawning treasure chests.

Until now, we have only been able to spawn one monster at a time.

We can spawn  monster horde of any size! 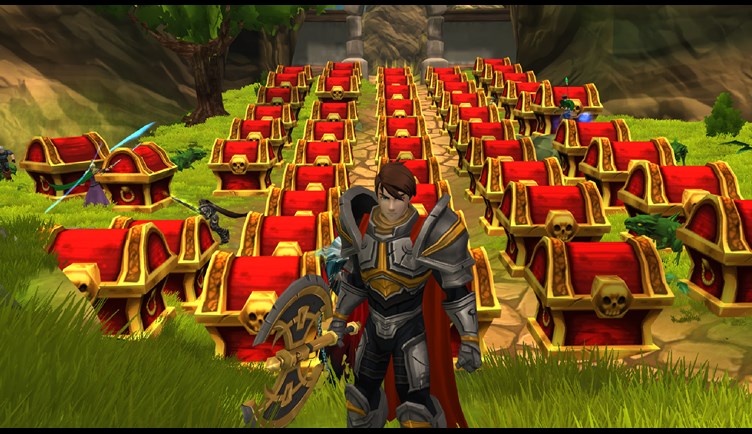 I am gonna get banned X_X

When I did this a player in Greenguard forest said, "IS THIS A HACK!?"

But it is going to make Live Events super fun!

Eager to try this out we did an impromptu live event at the Alice in Chains concert. 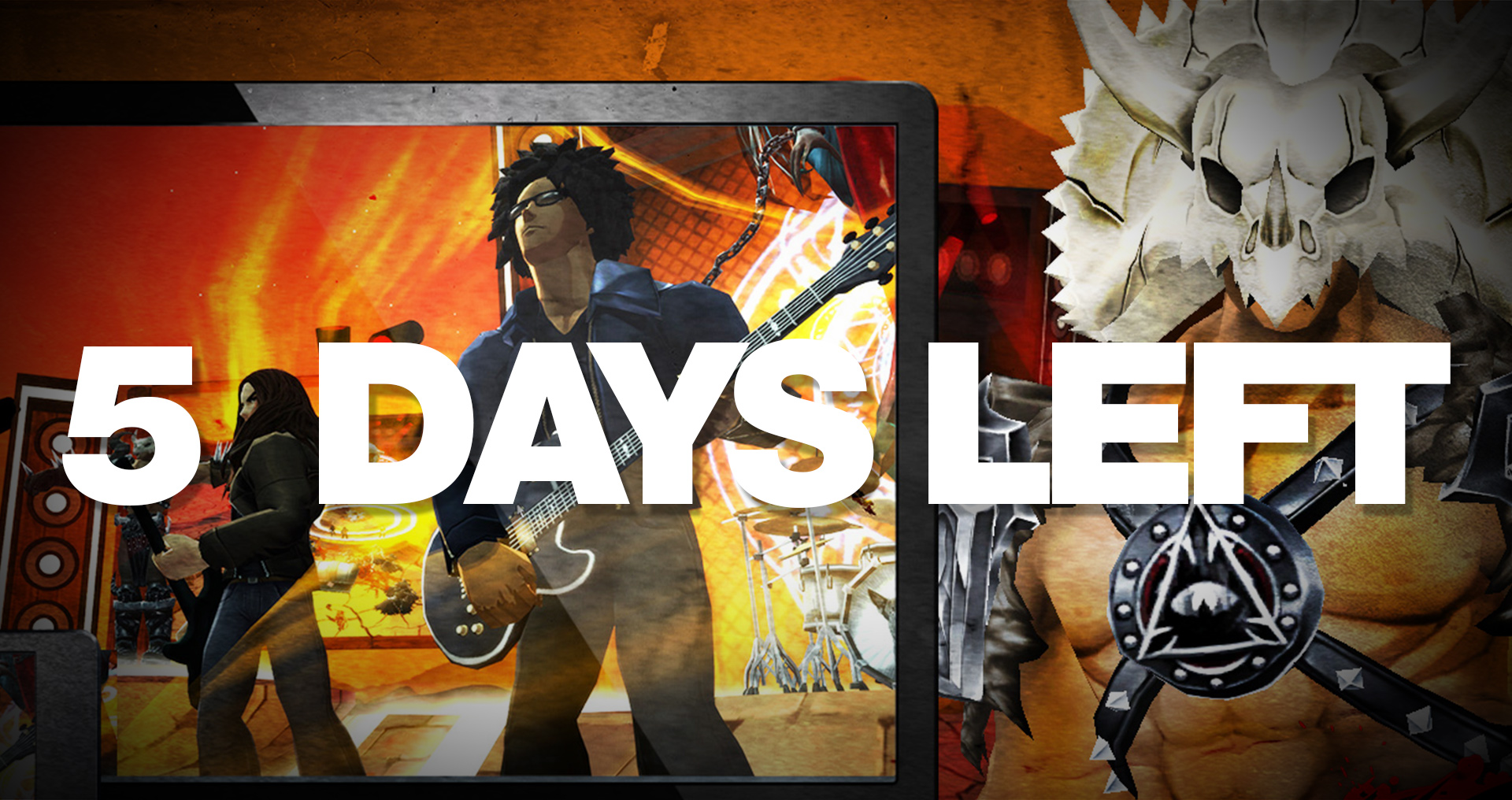 Last chance! The Special Event ends at Midnight on Saturday

Hanging out with the players and team was great... except, the command that spawns monsters in ALL the instances of the arena broke X_X

Player: Can you say that in English, please?
Artix: Sure...

Most phones and tablets have a limit of how many 3D objects they can display at a time.

But we need to have a "theoretically" unlimited number of players in the concert.

So we have a "Room Cap"-- that's the maximum number of people who can be in a room at the same time.

When so many players join that the Room Cap is hit... it creates a new empty room just for them.

Then when that room fills up, it does it again... this repeats forever.

When you see me write yellow text in the middle of the screen, I am using a command that broadcasts it to all of the rooms... across all of the servers.

We have one that does the same thing but makes monsters.

So I could not even spawn treasure chests.

We are fixing it now.

When it does work... MWAHAHAHAHA XD 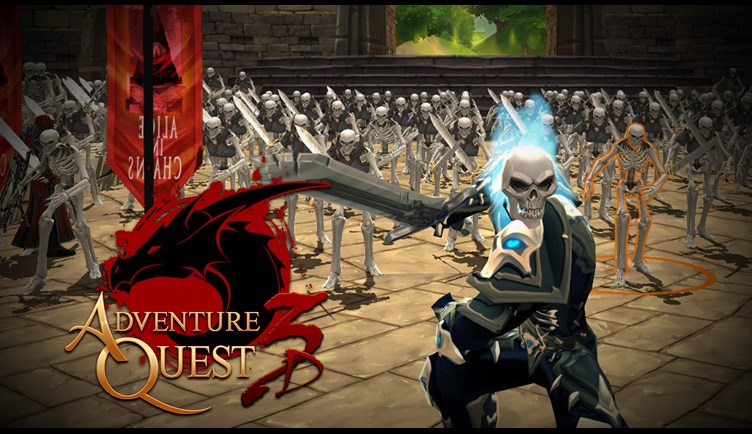 We will be able to spawn giant hordes of monsters all at once.

I am so excited!

So this is a pretty big week for AdventureQuest 3D (well, for all of our games.)

Tomorrow we have a splatter of awesome releases...

On the topic of lag and reboots!

So, as you know our servers have been under a steady stream of attacks these past few weeks. We are taking a two prong solution. 1st is to increase our defenses. 2nd is to go on the offensive through the authorities and legal action. We have identified a number of individuals and have already taken the first step of hiring a lawyer in the country of the most prominent one. If you have any additional information, Alina has posted a bug bounty. Like last time, it will probably get worse before it gets better. We will do our best to minimize the downtime of the servers.

A Friday the 13th next month!?

And we are going to introduce a new villain!

We might have to have a little fun outside of the game with this one first....

As of last week, we started doing daily AdventureQuest 3D FULL TEAM meetings. This is a super good thing. The sheer volume of things going on has made a daily sync up an absolute necessity.

We set a timer for 15 minutes.

We fly through everything everyone is working on.

Which... is pretty challenging since we have ~13 people. Which is about 1 minute per thing a person is working on.

AdventureQuest 3D's new interface is up for testing on the PTR right now.

Such a huge improvement.

Also, you can try out the targetless attacks.

In development, but not on the PTR yet... is a round of improvements to the Mobile UI. Jumping will be easier and the combat buttons have been adjusted to make them nicer.

As I type this, I can see both Korin and Xentry animating away. The particles are the last thing the Beta Berserker Class is waiting on.

This class is your reward for being with us through this!

We will be posting it on the PTR for you to try and give feedback on December 5th.

Haha, you were warned! XD

OK... so there is one HUGE thing being worked on under the hood. We have been a little tight-lipped about it, and for good reason. (Because then no one can make fun of it?) (Hey! What? No!) But it is really going to help the content creation of the game-- and solves most of our major issues :D The game's main storyline has been "champing at the bit" (I always thought it was chomping) to get underway... bringing characters like Vane, Malik, Azella, and Skarn back into the spotlight. Also, there is that Tower of Necromancy >_> this is my fault. Dagger has been waiting for me to free up to work on it with him and I keep getting pulled like a chew toy in a tug o' war between two pitbulls. I will make sure it is worth your wait. Finally, Yergen made an "anything goes map" fore Glisel and I.  What... is that? Well, it is a simple yet highly customizable map where we can building any type of adventure. Every episode of Xena Warrior Princess comes to mind. We can toss in monsters, quests, and put it up for you to enjoy-- these will be more customized version of the random adventures. In fact, they are what Random Adventures were supposed to be in the first place. So we are going to try one very soon and toss it up for you to check out.

Anyway... that was my Monday.

Hope your Monday was awesome!

Weird question: What was your favorite fantasy TV show or Movie? (Adventure Inspirations)

Here are some of mine: