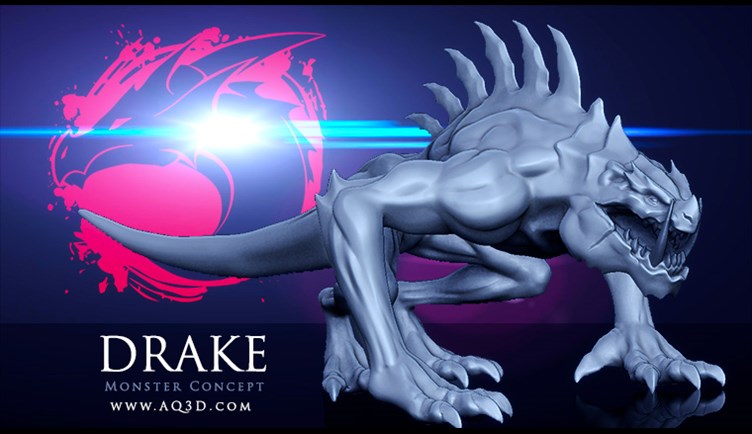 What is a Drake?

Prepare thyself for... DRAMA! Because a simple "Oh, here is a hulking fanged new monster sneaky peek" would leave you without the behind the scenes dev fist fight that broke out over this design. Huh? Yes... AdventureQuest 3D's content creation team was VERY split on what a "Drake" was.

Every one agrees that a Drake is a dragon. But most fantasy fans fall solidly into one of three categories over what a Drake is:

How are disputes solved at AE?

Owning the video game studio does not mean you always get your way. >_> You must listen to your team and trust in them. Also, Dage throws a mean right hook.  You know... I was soooo close to naming my son Drake. (Other names included Ash, Vash, Asherion, Voltaire, and Megatron20974)  My entire family loved the name Drake. But most of them thought it was after the male duck though. Male ducks are called Drakes. Female ducks are called... ducks. Anyway, growing up,the games and stories I read all referenced drakes as baby or small dragons. I was really surprised to find that anyone who played classic D&D stauchly believed that Drakes where... well, are pretty similar to how they are now officially going to be in AdventureQuest 3D!

Xero's 3D monster model above is amazing! All 3D models start really high high quality, super high poly count like this. Then we optimize the living heck out of it until we can run 30 of them at a time on your phone. Not sure if Dage, Thyton, or Xero will be doing the texturing on this one.. but cannot wait to see how it turns out!

QUESTION: Prior to this post, what did you think a Drake was?