Secrets! Secrets! Read all about it! 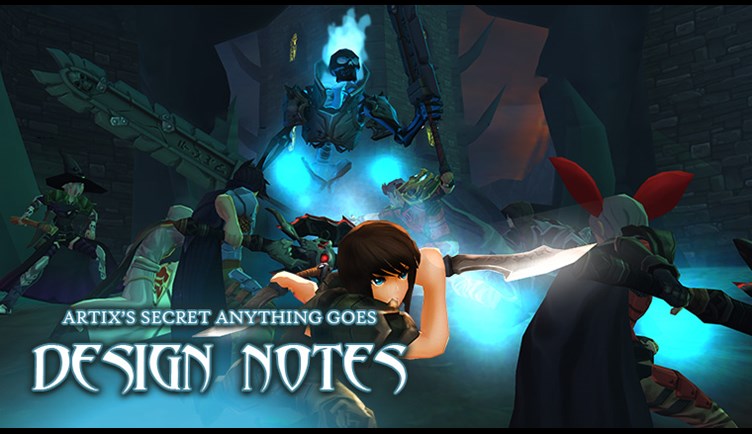 May the fates smile upon they happy Friday friends. There is not much day left as I write this and I have only scratch 1 item off of my 25 top to do list. So how about we write a nice, short, brief, catch up design notes? 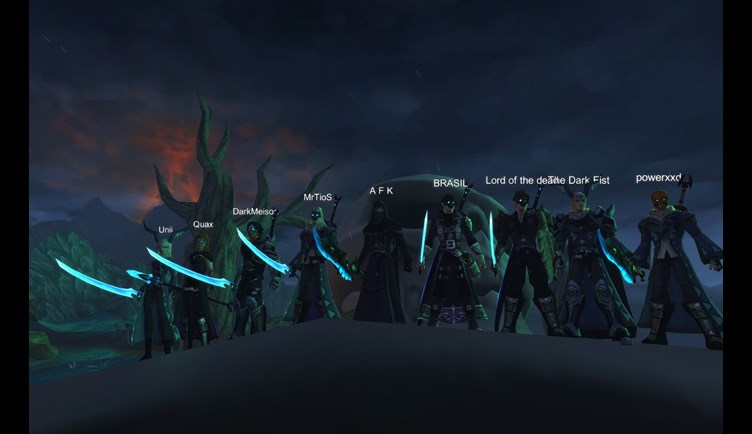 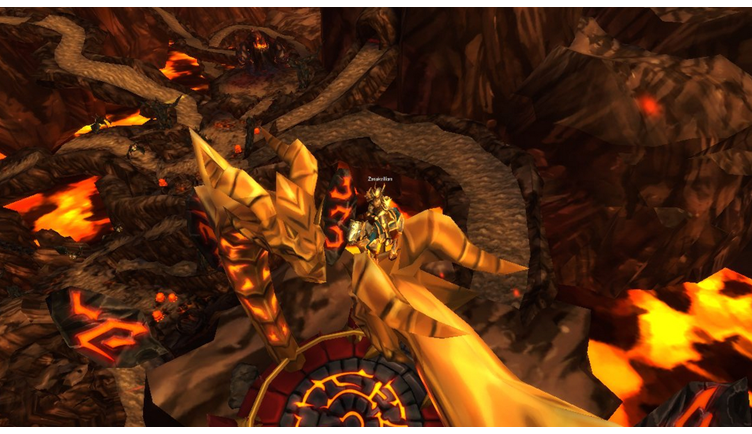 "NEW is the new, New"
It feels like we have been on a roll since Ashfall Part 1 came out. Following it up with a surprise Dage's birthday event with so many wicked items felt really good too. To keep this momentum going, we have a pretty beastly feature release coming your way. 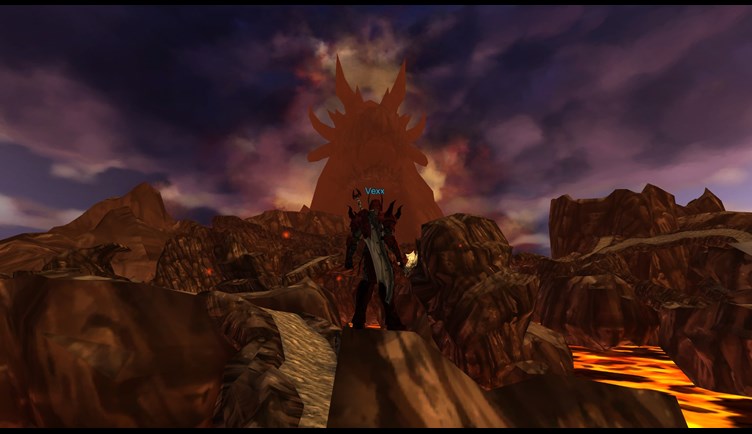 Our previous updates have mostly been "under the hood" but you will be able to see most of the changes coming next. The game will feel better and be even more fun to play. Obviously the #1 improvement will be that you can form up with your friends to run dungeons... and you will have control over your party so solve problems like >_> some players going AFK, not pulling their weight, or being too low level or not powerful enough to be running that specific dungeon. I am really glad that we have this working long before we release Part 3 of Ashfall-- because it will be VERY IMPORTANT TO YOU! O_O Serweeusssly!

... and now we should talk to something near and dear to our hearts. 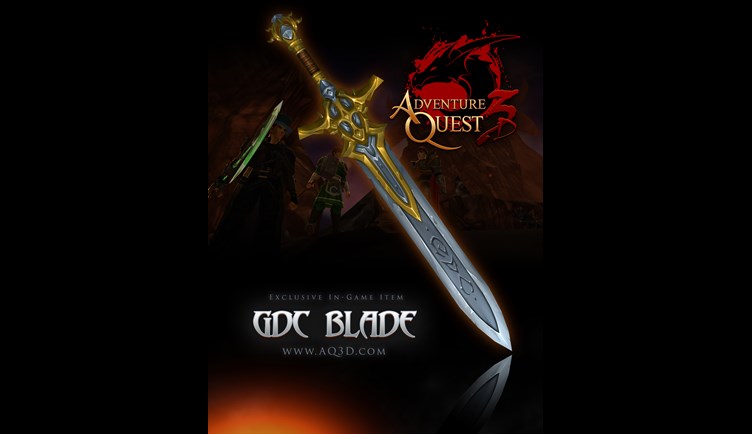 Here is how you can get one for free.
As you likely know, we went out to GDC (Game Developer's Conference) last week-- which was a blast by the way! Thyon and I ran a booth showing off the cross-platform-yness of AdventureQuest 3D along with our first ever VR headset build. (No one threw up, yay!)

Full gallery of photos posted on my Facebook page 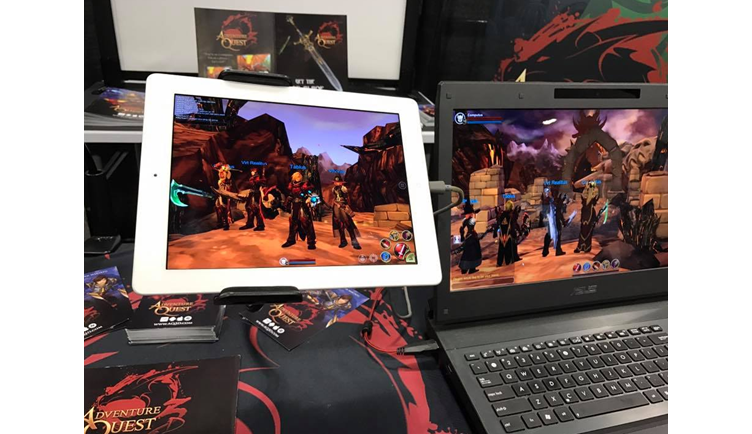 Nightwraith and Rabbleforth from EpicDuel were there too doing the courses. We were very honored to be joined by prominent members of the AdventureQuest 3D community Sayn, Fan, and Vexx... and OMG were they amazing! I thought they would just show up and say hi, but they stayed and helped at the booth THE ENTIRE TIME! There was so much energy, and we presented the game like a passionate and laser focused team. 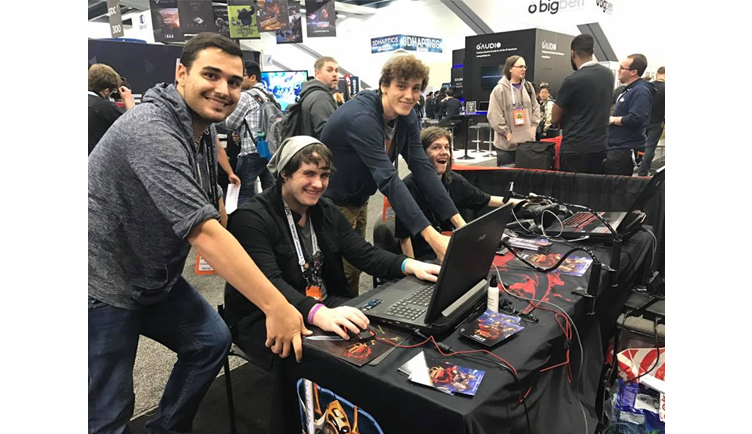 What was REALLY CRAZY....

Was that people would stop by with wide eyes and amazement and say, "OMG! The original AdventureQuest was such a huge part of my childhood." and their badges said things like "Microsoft Engineer", and "Twitch Programmer", and [Insert Game Studio Name] CEO. It was equally humbling and inspiring. Easily over 50% of people who walked by knew who we were. We also enjoyed talking to new friends who were hearing about us for the first time! 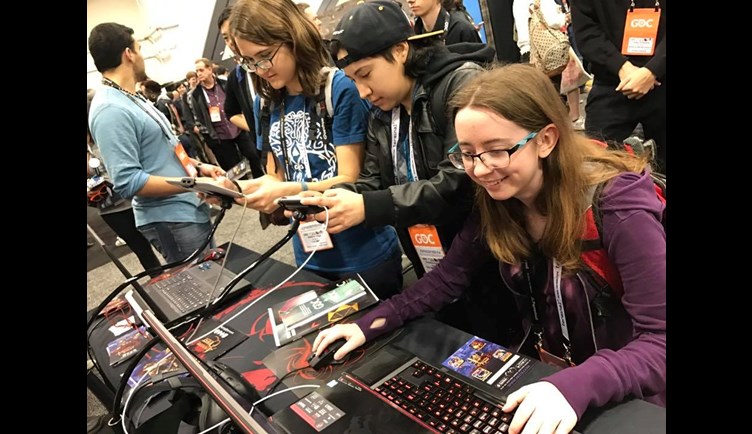 We had one of every device playing together on the live server. (I do not even want to tell you how much the con charges for internet per machine... CRITICAL HIT TO WALLET!) While everyone there was playing on our Red Dragon server, they were all set to a secret special map to demo the game's features. We named the characters after the devices that they were being played on. To my knowlege... only one person noticed it. 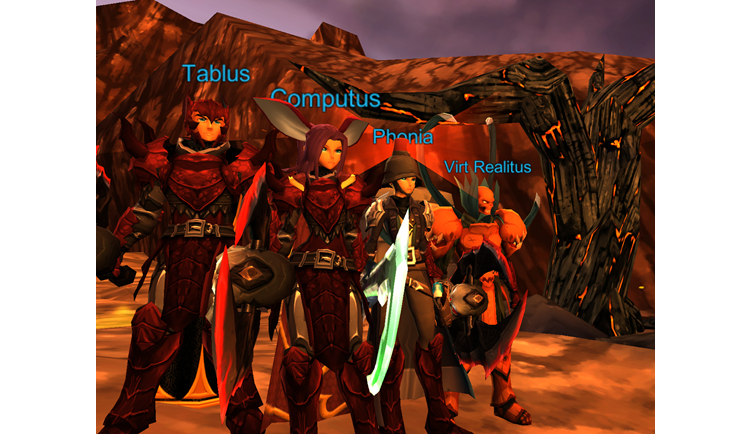 Some of my personal highlights form the event were finally meeting the head hancho from Jagex (Not Andrew, there is a new guy), showing Thyton around San Fransisco for his first time (I used to live there you know), and meeting long time player Paladin Lepp!

So like I said in the previous post, I gave codes to members of the press, Twitch streamers, and Youtubers that came to see us. Some of them will be going live this week... follow my Twitter @ArtixKrieger because I will tweet whenever I see one of them go live so you can grab yours. I know GameOgre in particular has a lot to give out. 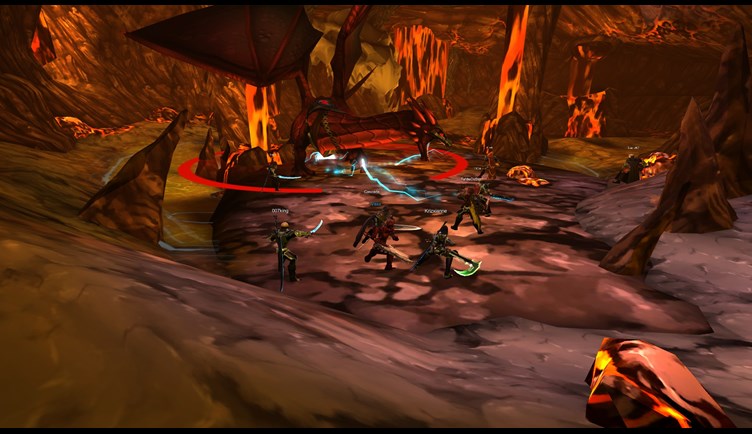 What kind of Dragon are you?

I made and posted this on Facebook earlier this week after I saw Cysero post something similar. You should check it out and comment with what type of dragon you are... especially if it is a cool one. 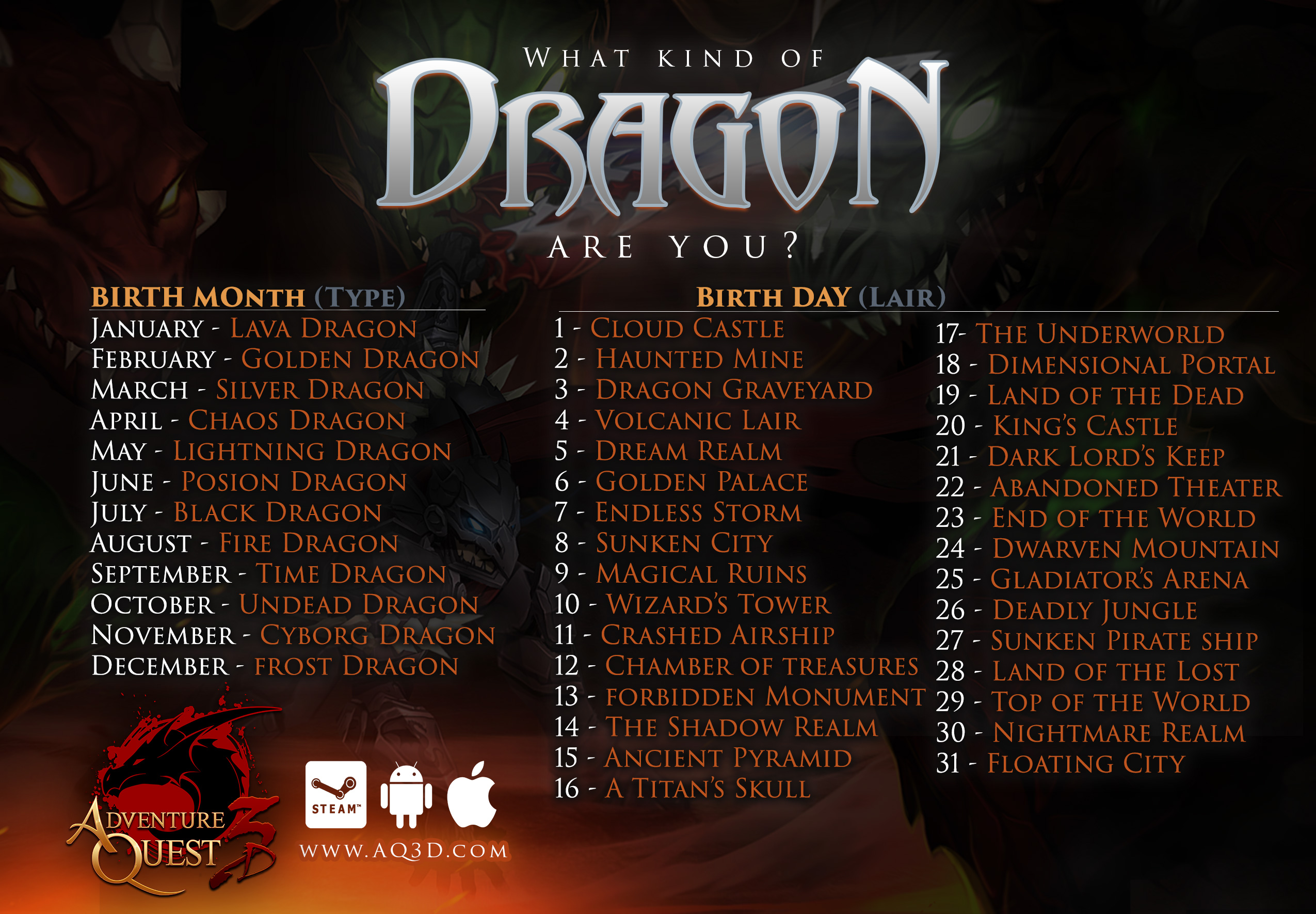 Whenever you learn a bunch of stuff, it is important to take some time and really think about it, digest it, and apply it. And oh man did I have a lot of new things to think about after GDC.

I guess I had a few epiphanies... the first and more important one is:

This is a pretty difficult and important decision. While it sounds like a no brainier, it is something that most people never really think about. I saw so many homogeneous game developers, publishers, and advertisers at GDC that it kinda scared me. I mean, so many people doing the exact same thing... all because they felt "this is how it's supposed to be done."  There is a certain way everyone expects you to do things, and like a black hole, everyone is sucked into the gravity of this expectation. I guess you could apply this line of thinking to any area of your life. But in my particular case, I feel like I need to "simply be me" more than ever. I truly feel that have a good heart, I care, I am considerate of others feelings, I love being goofy, different, and often down right unpredictably strange-- because the unexpected can critical hit you (like you, you, not me you) right in the giggles. A lot of people said they could tell that AdventureQuest 3D already has more heart than other games, but I have an ever grander vision. I see what it could really become. So I intend to do it, and to do it my way. Even if it boggles the minds of other developers and publishers. 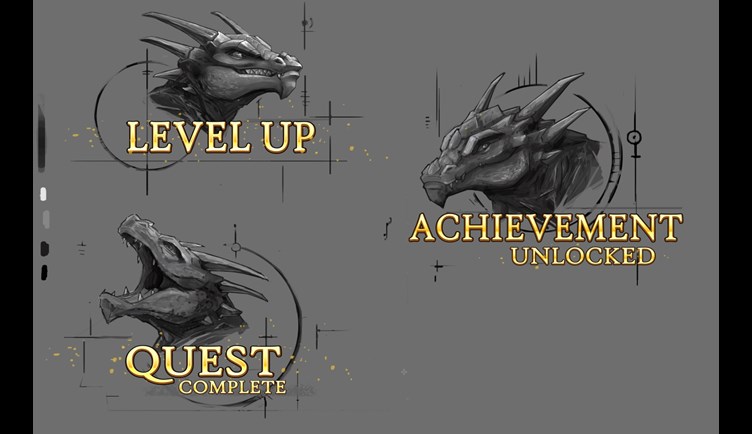 II. We need to re-declare who and what we are... and what our game world represents

We have never really had a mission statement or defined the "pillars of Artix Entertainment Design Style". We were just a bunch of fun people hanging out, making games and updating them with such vigorous passion that you might think there is something wrong with us. (There probably is :) I think when you scrape away literally everything... what you find at the bottom of what we do is "because it feels good." It feels good to play, it feels good to make, and it feels good to think back on. My schedule has been so crazy the past 14.5 years that there has barely been any time to think. So I took half of yesterday and did just that... and talk to the team too. Rabblefroth especially brought his A-game to the discussions.

"The AE Experience" Here are some thoughts: 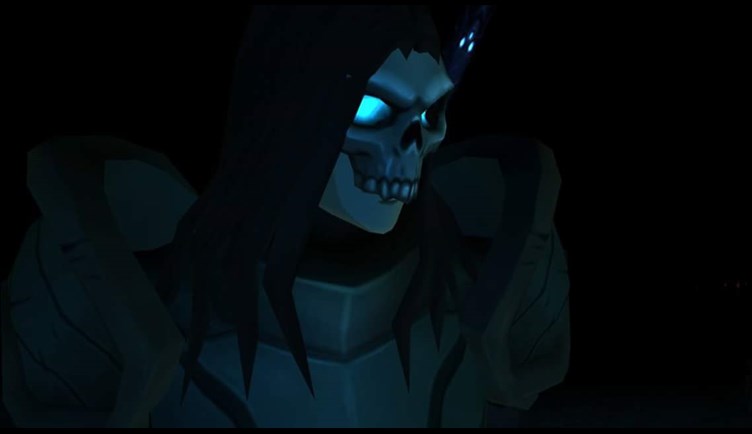 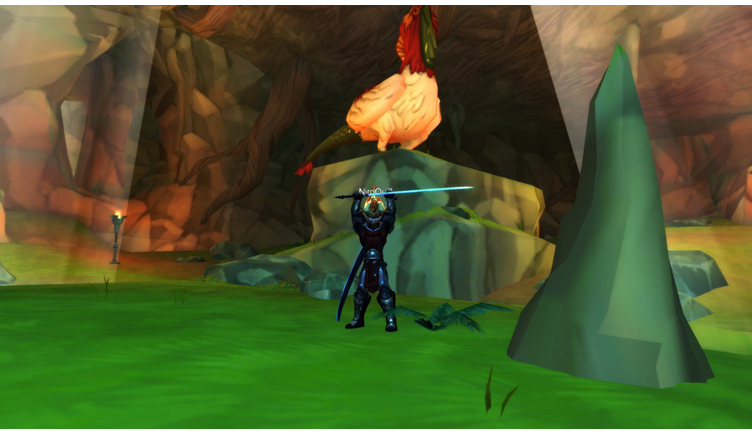 WHAT DOES IT MEAN!?

I think it means, "we are going to need more coffee."

Check the design notes every day next week... and if you do not see a new one, tweet me @ArtixKrieger to make one for you on the subject of your choice!