The Saga Continues with Part 2

Victor Lionfang and his Paladins of the Golden Onslaught are in the Red Monastery. Continue your adventure and begin the search for the pieces of the Shattered Sword. If you’ve already done that, head to the Wastelands to enjoy the bonus content from this release! 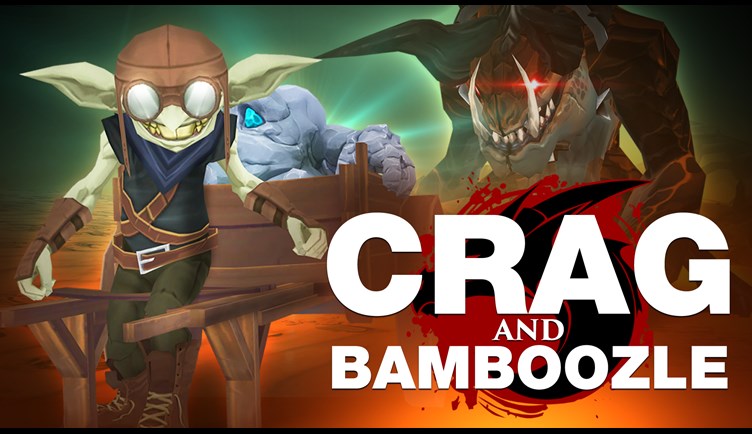 Obtain the Pronged Ruin (stat weapon) from the dreaded Bull Fiend in the Wasteland. Bamboozle (the NPC) now offers a quest to upgrade the weapon to its stronger form: the Desolate Pronged Ruin. He also will give you a Corpse Eater pet in exchange for Decaying Morsels dropped in the Catacombs. He certainly drives a hard bargain.

Due to all of the issues, confusion, and some technical issues with the a la carte version of the "Crag in a Cart" pet (which does not contain any quests), it has been removed from the game. Any player who purchased the stand-alone version of this pet has automatically had the full price of 550 DragonCrystals refunded as of September 21st, 2022. We apologize for the confusion and back-and-forth over this unusual situation. If anyone wants the version of the pet with no quests returned to the game--please let us know as we are considering re-adding it to the a la carte shop with a clearer name and explanation that it does not contain quests.

The Crag in a Cart pet (bought with Collector’s Chest) opens the Nulgath Part 2 Collection Shop as well as giving access to additional Nulgath Part 2 quests. Just click on the pet when equipped to see these features. However, you must complete Part 2 of the saga to see the new quests. 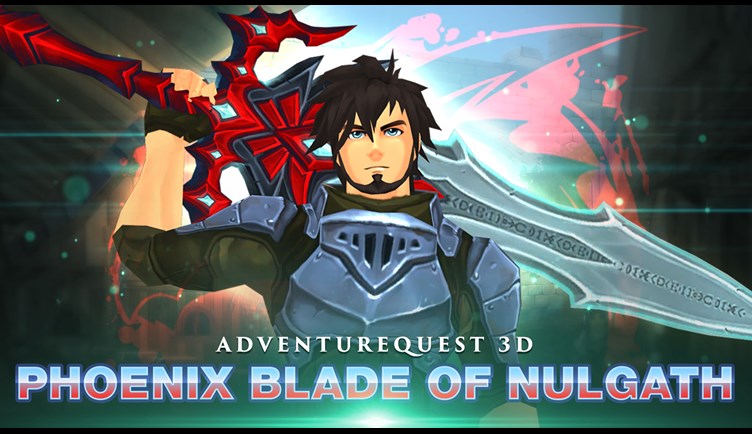 We received a lot of player feedback that the balancing in Nulgath Part 2 was an issue and that certain areas were too difficult. We made general balance changes and adjusted some boss fights to be easier on you. Drop rates also received some changes, as well as…

Phoenix Blade of Nulgath. We had devs monitoring this new type of quest following the release to see how it performed Live. The Phoenix Blade of Nulgath quests allowed players to complete it with minimal interaction with most of the Nulgath content, which ultimately felt wrong. Climbing Mount Everest feels a lot less rewarding when there is an elevator to the top. We needed the acquisition of the blade to feel like a worthy achievement. So… we made a hot-fix to change it.

We try not to do hot-fixes unless something is game-breaking. Our aim is always to communicate, at the very least through social media, when something is being changed. A lot of players were upset by this change due to lack of communication prior to the change and the feeling of effort wasted on now obsolete crafting materials. We will do better to communicate changes in the future, especially with content this important to the release.

For those who are concerned about their DragonCrystal earnings from ads… We have temporarily disabled ad watching as Unity investigates the issue on their end.

We made several other small changes to the saga and overall game. View our patch notes here to read all the changes. 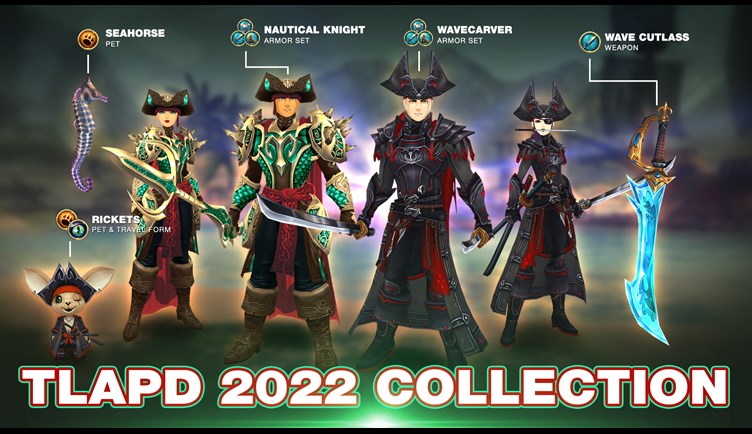 The Rickets Pet from the The Talk Like a Pirate Day 2022 Collection is now available for those who buy the TLAPD 2022 Collector's Chest AND those who have unlocked all 12 HeroMart Moglins in AQ3D.

Thank you and… One More Thing!