Something Wicked This Way Comes

It is Monday! As promised, here is the official progress update on Nulgath II and more. 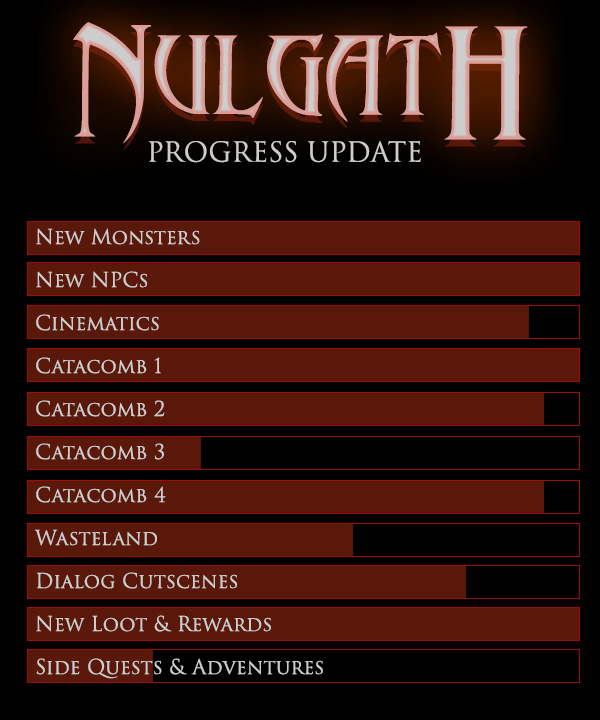 The team asked me to post a graph for you so you can more easily see where the release is at.

The first part of the Nulgath saga has 27 quests. This new expansion will add 70 new story quests... and some new side quests to boot. A large number of statted rewards will accompany the level cap increase too.

As you can see, Catacomb 3 is the big problem. Despite the team being in full-on turbo mode all of last week, the bugs and issues we ran into jammed us up. Catacomb 3 needs two more days of work to finish.

If Catacomb 3 had been finished and working last Friday, we would have decided to release everything up to the end of Catacomb 4 this week. Then we would have released the Wasteland (which is surprisingly huge) the following week. However, in the current situation, our best move would be to take the remaining 4 days of this week to complete Catacomb 4 and the Wasteland and release it all at once as intended. The side-quests are a bonus "nice to have". 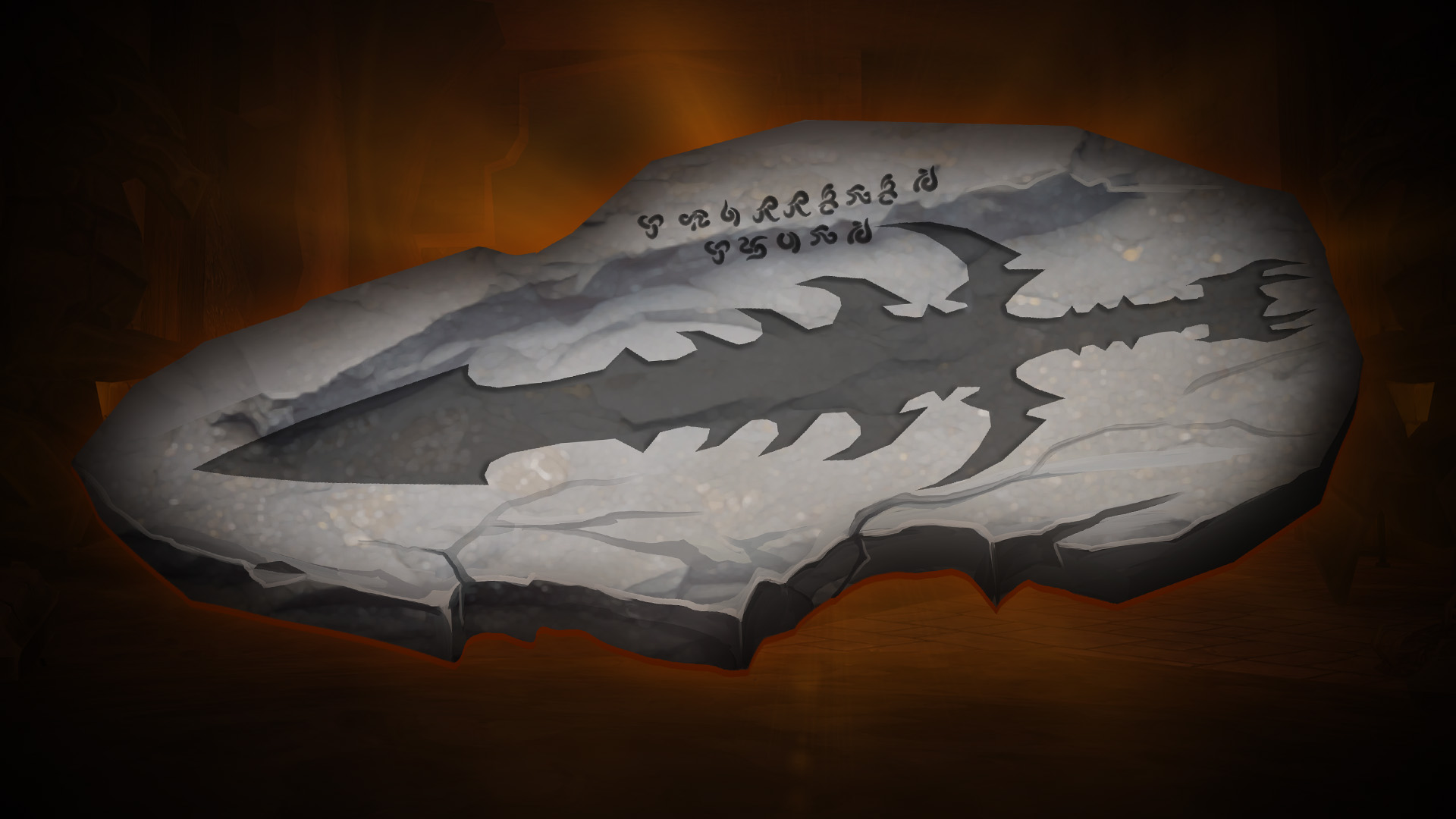 Nulgath II to Release Next Week

Victor Lionfang and his Paladins are about to raid the Red Monastery's Catacombs. You will be the deciding factor in their fates. The pieces of the Shattered Sword are in there... waiting for you. The dark tale that Memet and I wrote for this next installment is not for the weak of heart.

Sure, Nulgath Part II is big, but it should not have taken this long. So lets talk about how we are going to fix this moving forward. If we were to pin point the single biggest "hold up" it is that it requires a map-coder to do all of the map work. And only one person can work on a map at a time. It creates a really big bottleneck... especially when you are working on 6 big maps at once, like we are for Nulgath II. That is all about to change. Spider's spawn editor tool is going allow our devs to edit all of the monsters, spawns, npc triggers, monster-paths, and transfer pads without needing the map-coder. Sure, creating 3D assets will still take the same amount of time. But our ability to put together an adventure with them will finally match or exceed how fast AQWorlds does it. Furthermore, as a result of our frustrations this week we emergency shifted one of the coding team onto fixing our content creator tools. I am betting the farm on these changes. Our 20th Anniversary, Nulgath Part 4, Samurai Isle, main storyline releases, and big future releases depend on it. We will be doing the first test of the system this week. There is a Fox Tail item that a player on Twitter requested we make. We made it... but it has not gone in game yet. I think that would be the perfect prize for you to earn in this test. I will keep you updated as things are finished this week.