There can be ONI one!

Open the Chest Shop for a chance to start collecting Dage’s new Oni Syndicate set. Dress the part of one of Lore’s toughest crews and defend your turf against anyone who dares to defy the Oni Syndicate. Make your foes tremble at your appearance with one of four distinct Oni masks, one of which may look very familiar to longtime AE players. If you’re lucky, you might get Legendary Oni Syndicate items, each flowing with Oni energy. In addition to the Oni Syndicate set, you can also find the elegant and scholarly Lunar Wizard set there! 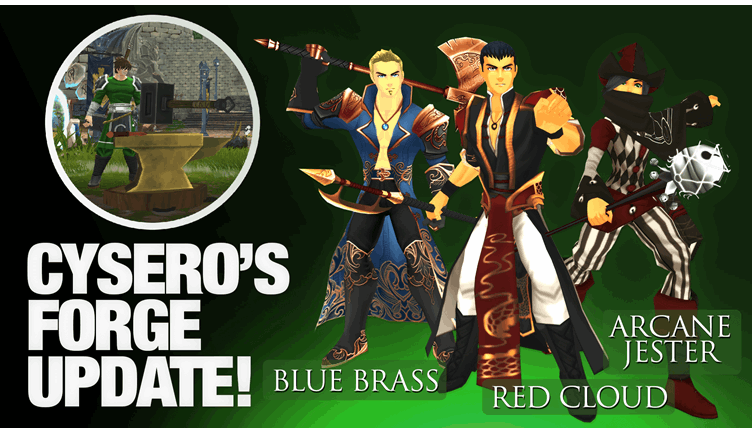 Get your head in the clouds (or in the mountains?) and prepare for a showdown with the armor sets of rival factions Red Cloud and Blue Brass from Cysero’s Adventure Crafting shop.

Face each daily boss, and avoid falling down laughing so you can craft the new Arcane Jester set at Cysero’s Daily Boss Crafting shop!

Get your nets ready, ‘cause it’s time for Winnie’s Changeling Butterfly Wing crafting! Combine all eight butterfly wings to create a marvellous color-changing set of wings at her Tailor Shop in Battleon. 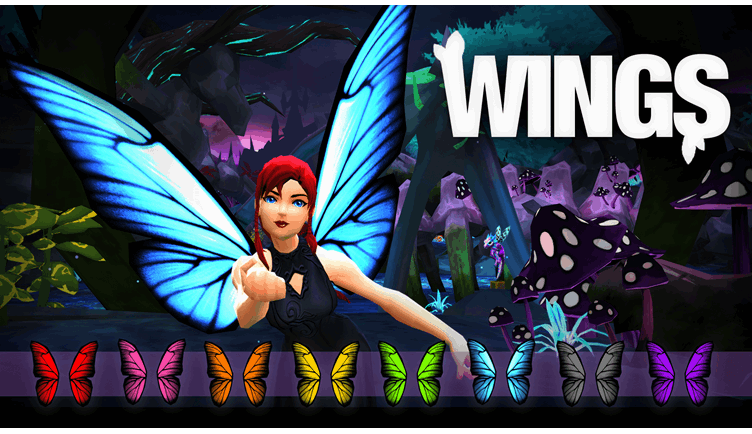 Where to find the wings?

See you around town and...

Battle On!
Artix, Glisel, and the AdventureQuest 3D Team 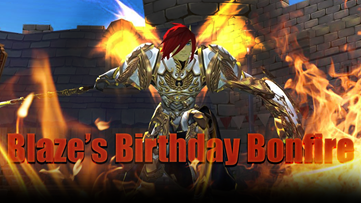 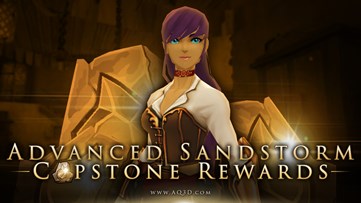 Get your Advanced Sandstorm Capstone Rewards