Doom Regin Doom is designing a special item for you

Artix: Hiya guys! I am sitting here next to Doom Regin Doom (AQ3D Name). He's humble and kind... also the big backer from the Moglin Kickstarter who is visiting the lab with his Family from Iceland.

Artix: Whew, that is way easier to type. Also what we have been calling you.

Requin: Red... when did you start getting into Artix Entertainment games?

Artix: Woah! Awesome. Have you played all of our games.

Red: Yes. To varying amounts. Even Warp Force. I really enjoyed that.

Requin: I've never met anyone who complained about Warp force.

Red: The lab's amazing... full of amazing people. Not as much fighting as you expect. Wel, less swords than you would imagine.

Requin: They are in storage.

Artix: We did dress up in armor to talk to elemententary school students earlier today

Red: I came in armor.

Requin: So what are you creating as part of your Kickstarter reward/

Artix: Uh..... I thought you got to design a zone about Moglins?

Requin: He was nervous too.

Red: But then he drew it pretty much spot on. Probably because we jelled so well.

Artix: So at dinner on Saturday, when we first met you... you said very boldly, that you wanted to create something for all players to enjoy.

Red: YES. If you want the this item, you can play to get it.

Red: YES. Yes it. It's my personal look that I designed through the years.

Artix: You mentioned you had a friend so close, you called her a "sister".... she plays AQ3D too?

Red: Yes. We met through AQWorlds and have been playing Artix Entertainment games since.

Artix: Maybe we could make a little something for her too?

Red: YES! I definately would like to do a lot for her.

Artix: And how about AQWorlds... because... technically... this was a Moglin thing. We should do some sort of Moglin thinig for AQWorlds additionally.

Artix: Red, you're from Iceland. Players want to know. Are these items going to be ice themed?

Red: No. They're not as you can see in the picture above.

Artix: Well, I mean.... you do need to look out for that yellow snow.

Artix: Um... lol, so... you watched game of thrones here in the lab this morning?

Red: I did. I had a squeaky chair.

Artix: So.... just for everyone who is reading this, please imagine the giant fishbowl meeting office. Red and his parents are sitting in there. And... so... how was that Aria scene?

Artix: I was just walking by when I looked and thought... oh man.... did I make your trip awkward?

Red: No. Remember. Icelanders are VERY open. And there are weirder things on TV than that in Iceland.

Red: Uh... Scandinavian shows. Google at your own risk.

Requin: What was your favorite part about the tour?

Requin: Good thing that was  the first part!

Requin: What was your first impression of meeting Artix in person.

Red: Shorter than I expected.

Artix: I get that a lot.

Red: *in Starwars voice* "Aren't you a little short to be a Paladin"

Artix: In all fairness... you are really tall!

Red: I think the players know the rest about Artix. He's outgoing and fun. A lot of people think its an act. But it's real.

Artix: Alright... what about the rest of the team?

Red: Much of the same. All really nice and fun people.

Artix: Who did you connect with the most so far?

Red: That's a trough question because I really connected with Nythera, You, Dage, Stryche so... its a lot of people with similar ideas doing what they like.

Requin: What did you and Dage start on? 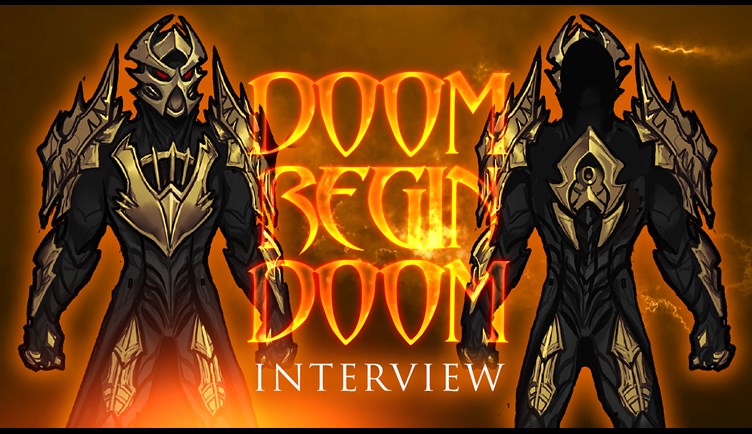 Red: Dage did a quick stretch. Detailed but non colored. From there we figured out the gnitty gritty and colored in. The result is what you see above.

Artix: And players are going to be able to get this?

Artix: Assuming any of them survive the war that is about to hit the second wave this week.

Artix: Did you see the Void Priestess' art?

Red: Yeah. It's awesome. I like how he's integrating some of her origin into her design discretely. If we're going to drop spoilers, it needs to be done very subtly.

Artix: On behalf of the team, players, and animals thank you for... you  know, this is weird. Because talking with you, you are absolutely not about money. You are a legit good hearted guy who is passionate about, frankly, all of the good fandoms. You're a super fan of Gundam, Pokemon, Anime in general, Warhammer, Card games, movies....

Artix <interrupting>: So thank you. And thank you for being so eager to make something for all players to enjoy during your visit. 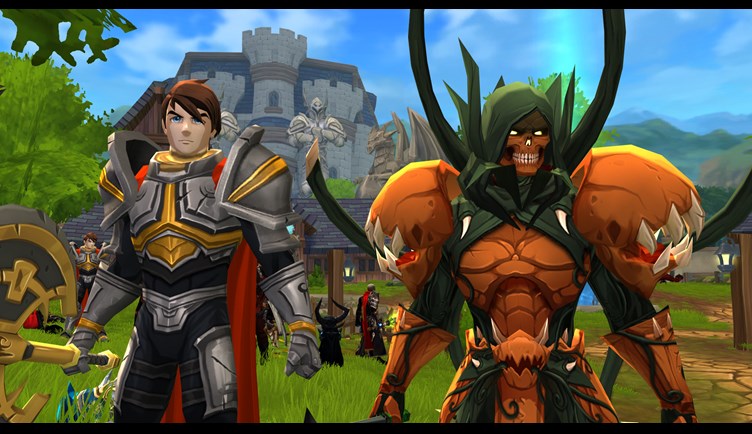 You can find Red in game as "Doom Regin Doom". He and Requin are heading out to the (message mysteriously lost).

Next Day Update: ...and everyone survived.