Hop on AdventureQuest 3D for a double-dose of fun with the Vault of the Undying King and a replayable challenge version of the Ruins Defense mission from Sandsea Part 5. Plus, you can now craft your own replica of Zhoom’s bow! 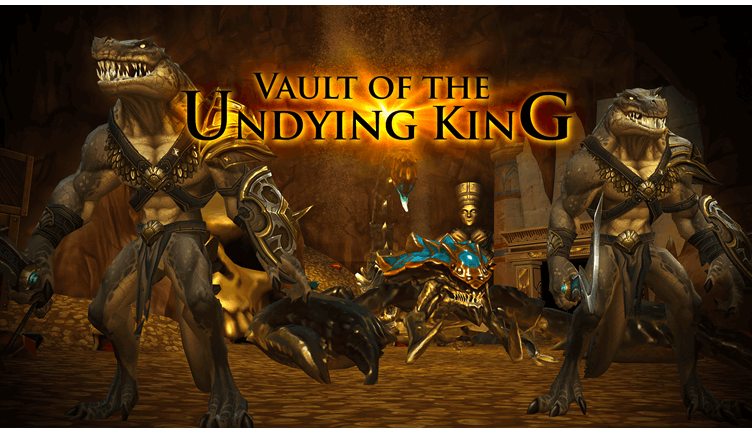 Vault of the Undying King

All the treasure that Lord Sekt is hoarding in the Vault of the Undying King isn’t doing anybody any good, so Zhoom wants you to do something about it. But before you venture into the Vault of the Undying King, Rebel Rosen has a request for you while you’re in the vault: Find Zhoom’s bow! Rumor has it that Lord Sekt is stashing Zhoom’s Ancestral Bow inside the vault, and Rosen thinks it is high time for the bow to return to its owner. After all, it’s not like Lord Sekt will notice if something from his vault goes missing… Or will he?

And before you rush into the Vault of the Undying King, be sure to get Rosen’s new repeatable “Vault Hunting” quest to slay any creepy crawling things you find in the vault for their precious carapaces. Completing the quest will award you with Rebels Rubies and Deadly Desert Monster Parts. 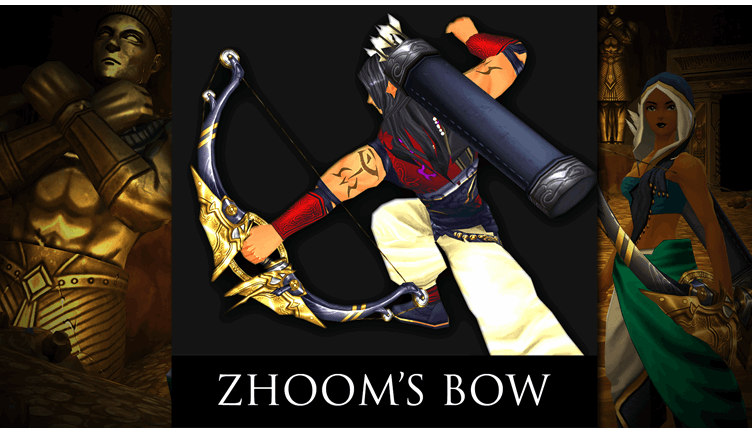 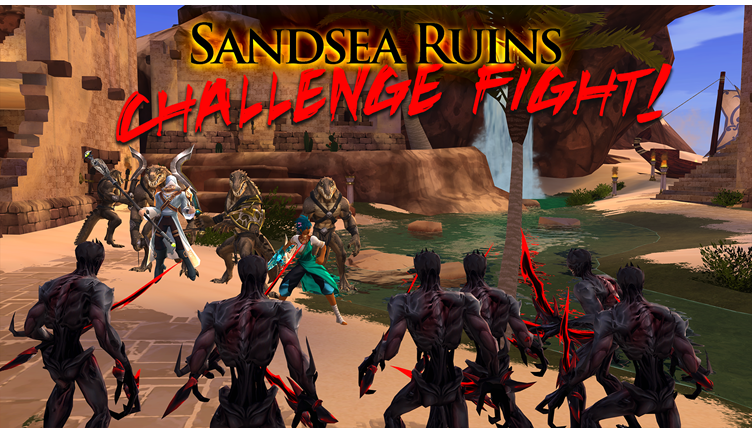 The Voidrakar’s assault on the ruins continues, and the Croc Commander needs the help of you and up to four other allies to fend off wave after wave of Vane’s minions. Keep as many of the Croc Guards alive through this challenge’s Three Rounds, with each round having up to four waves of enemies. The more Croc Guards you can keep alive, the better the rewards you’ll receive at the end. Potions, Bastion Bucks, Titles, and even Rare Pets are yours to be had if you and your allies can defend the ruins from the Voidrakar! 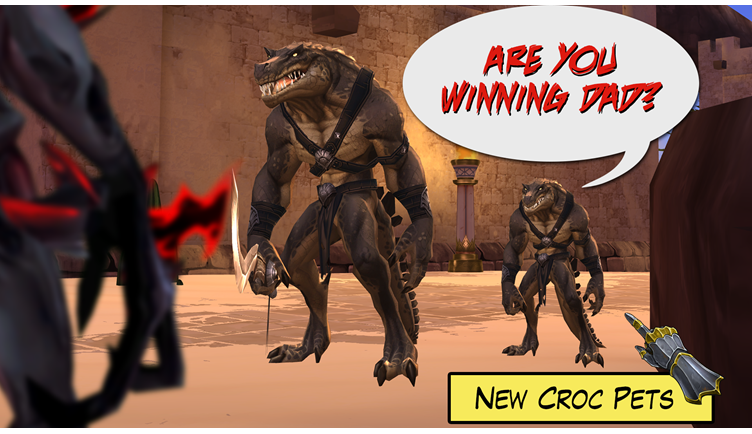 Included with this release is a new assortment of Croc Guard Figurine Pets. These autonomous action figures look and move just like the real thing! Kai-Lee is selling General Gaspar and Onyx Croc Guard figurines in her Specialty Pets shop, while the Rookie, Veteran, and Elite Croc Guard Figures are rewards from the Desert Ruins Defense Challenge. 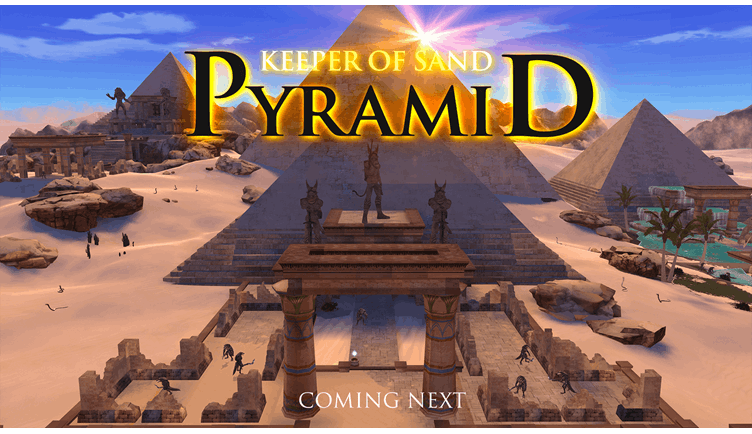 If you enjoyed venturing into the Crocos’ water-themed pyramid, wait until you see what Gar-Feld, the Keeper of Sand, has in store for you. Designed by Aveleon, the Sand Pyramid will test your mettle as you hurry to find your way into Gar-Feld’s Treasure Room for the next piece of the magic lamp. Don’t waste any time while you’re inside… You may not like what happens if you do. 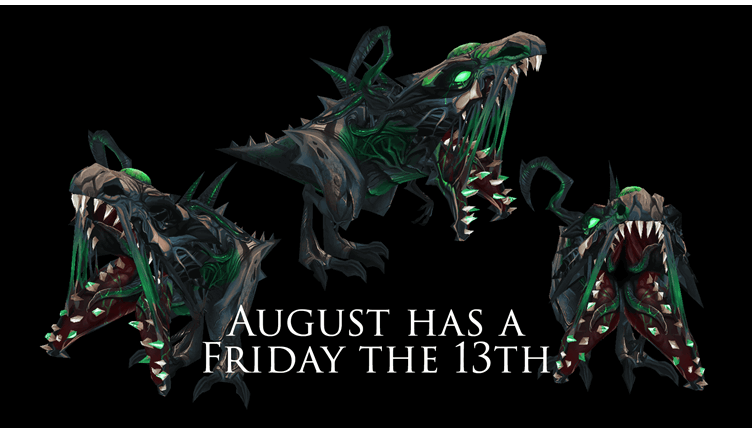 Also... a Friday the the 13th is coming next month O_O

Next month, there is a Friday the 13th. We are changing things up a bit for what we do next.... consider thyself warned XD 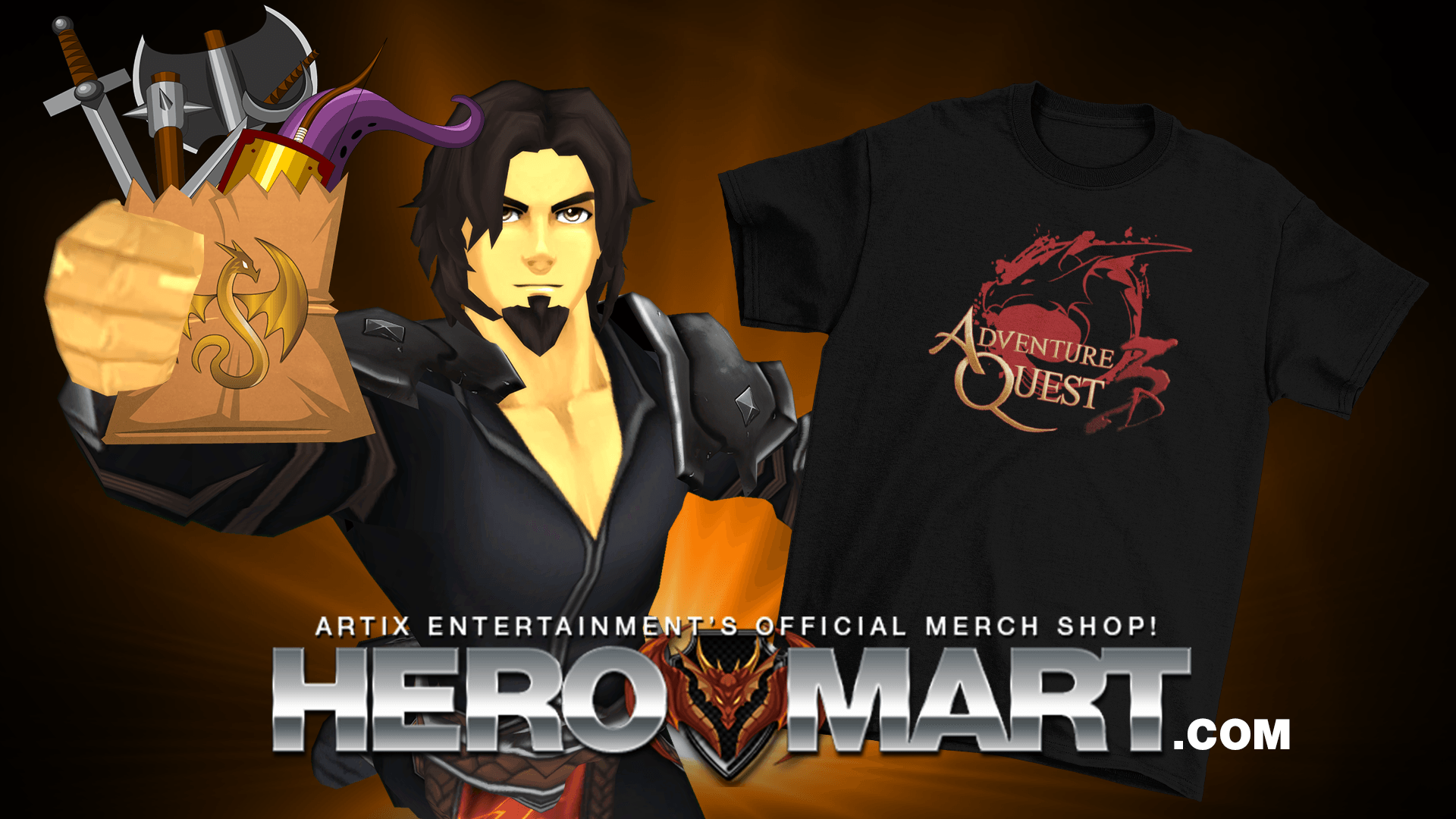 On Friday, HeroMart.com will be releasing logo shirts for AdventureQuest 3D, AQWorlds, DragonFable, and a ton of other things.  Shop by and check out all of the new stuff Friday afternoon. 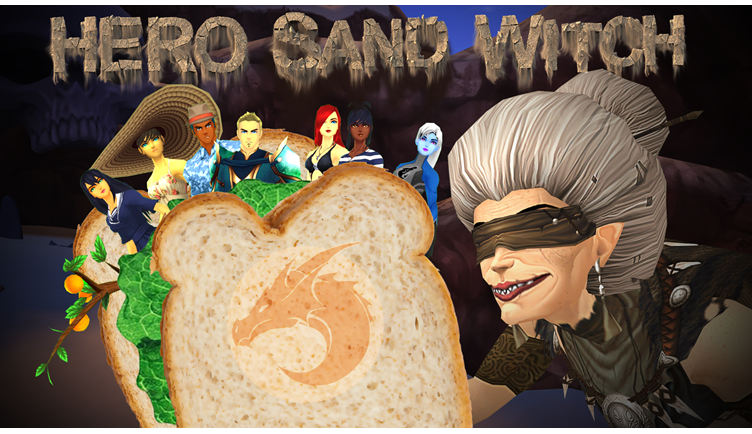 @Beastoevil
If the Sand Witch moves fast, that would make her a Quicksand Witch.

@Fire_Knightlord
I think my Sandwich puns are jam-packed so, I've got a butter idea! I'll just come up with a better pun about peanut butter, and jam on toast, but... It might spread. Anyways, I've finished with these puns because all that went straight over my bread!