Let the hunt begin! At the end of Part 6, a Sharken-like creature caused a literal stir in the Valley when it reportedly ate the Phara-Keet Pyramid’s treasure room, absconding with the final lamp piece. This same creature is also said to be behind a series of attacks on skiffs transporting extra guards to the ruins. This menace must be stopped, and with the help of Skiffmaster Squint, you might be able to take down this beast and reclaim the last piece of the lamp. So it’s time to wrestle up some bait, craft a bundle of poison-laced harpoons, and board Squint’s skiff for a special creature expedition to settle the score with this thieving monstrosity! 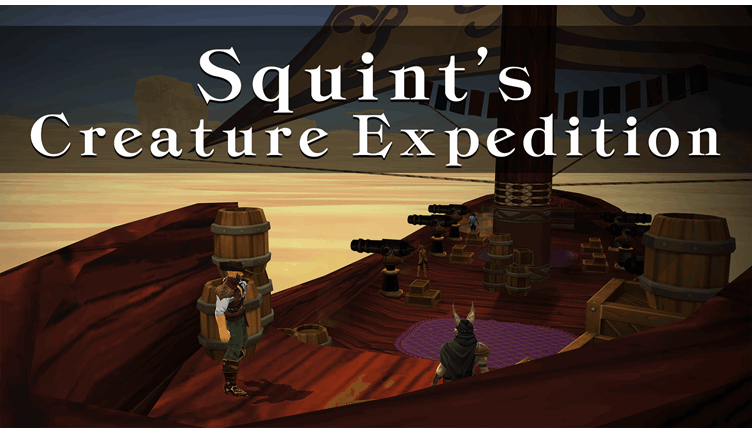 Board Squint’s sandskiff to embark on a thrilling hunt across the (high) sand seas. The bait you caught will entice the Skarken-like beast to emerge from the sand. Just be ready to man the harpoons. The crew will keep you supplied while fending off any creatures that try to board the skiff. 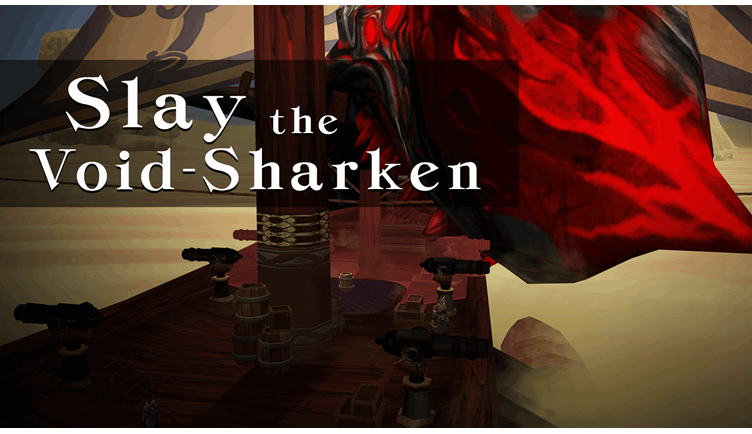 Behold the beast brought forth by the Voidrakar -- the Void-Sharken! Azella has somehow hollowed a Sharken to do the Voidrakar’s bidding. Is there no limit to the Voidrakar’s power? No time to think about that while the last piece of the lamp lies in the belly of this monstrosity! Load up your harpoons and be aware of your surroundings. This beast is vicious! 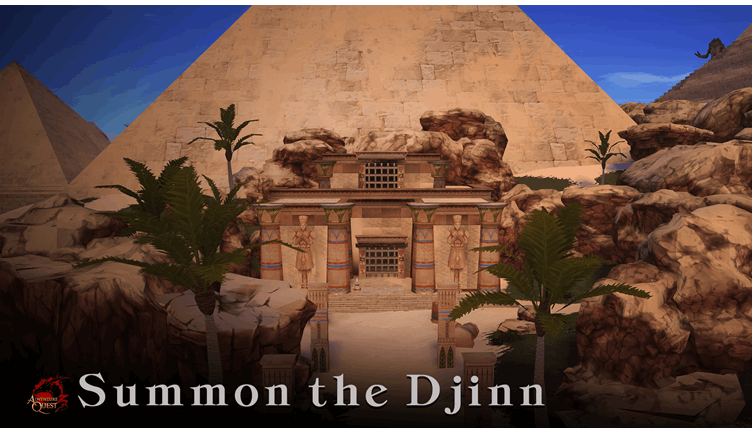 Return to Lord Sekt with the final lamp piece and learn what must be done to summon the Djinn, Khal-No’Bir! But getting your wish granted will be no easy task. That’s why Lord Sekt is offering you his help... And he assures you that you’re going to need it once you step inside the Great Pyramid...