The level cap has been raised to 33 and we just released the biggest area in the world. Explore the vast desert of Sandsea with it's new monsters and many mysteries.  Even the VoidKing and his minions have taken an interest in this place. Journey to the Sandea town of Bastion to continue your adventure. 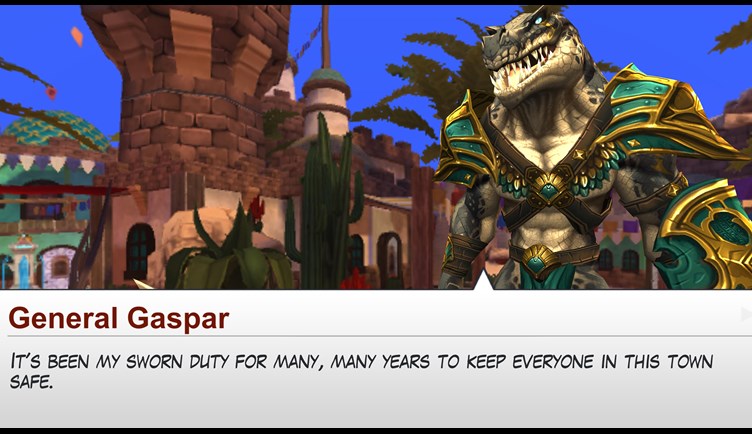 You’re starting to grow on the half-croc General Gaspar, but you haven’t won his trust yet! With Gaspar’s guards still recovering after doing battle with you, he needs someone to head out into the desert to solve problems affecting Bastion. There is a missing delivery, a missing person, invading foes, and who knows what else... you'll find out on your way to level 33! 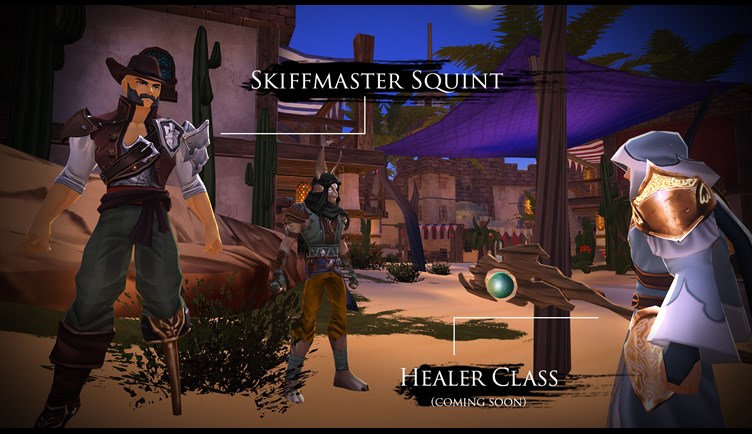 You want that magic lamp? The only way you're going to get it is to take a sand skiff out to the pyramids. That's where Skiffmaster Squint comes in. He's the luckiest skipper in the Sandsea. Well, he was until his first mate ran off with his lucky compass. Retrieve the compass and the kid, and he'll get you safely to the pyramids. 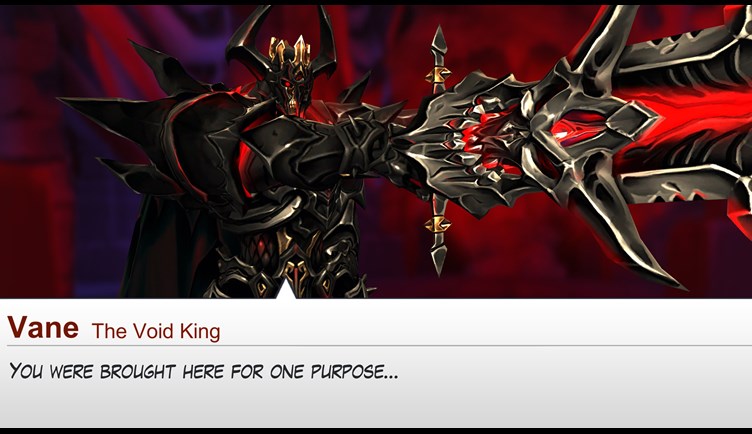 The main story returns! You have competition for the magic lamp. 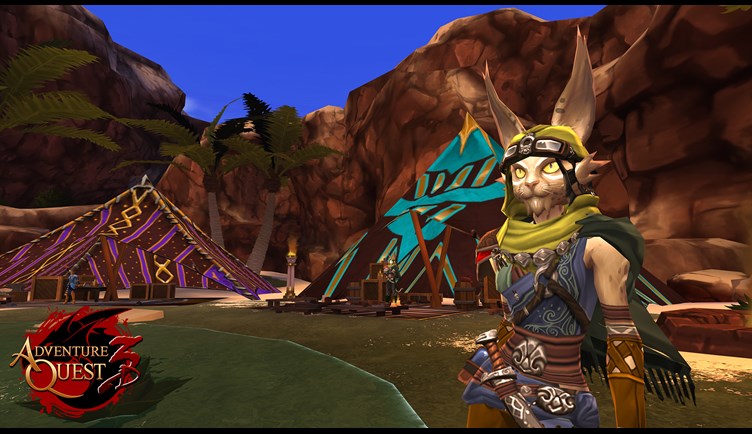 NEW! Side Quests and NPC shops

Revisit NPCs for additional side quests and new shops 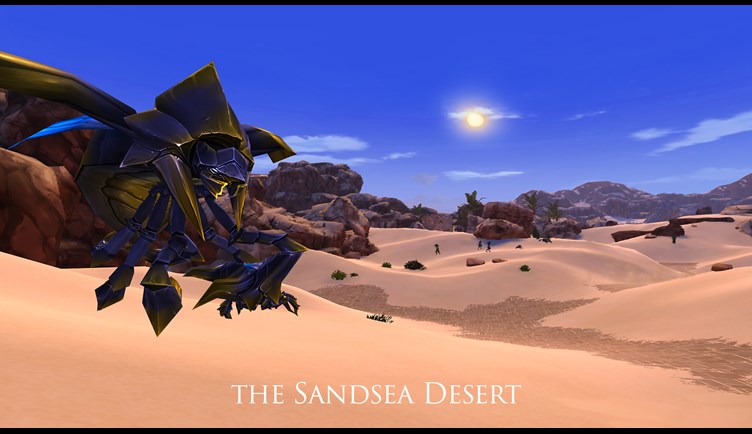 The new Sandsea desert is the largest area in AdventureQuest! 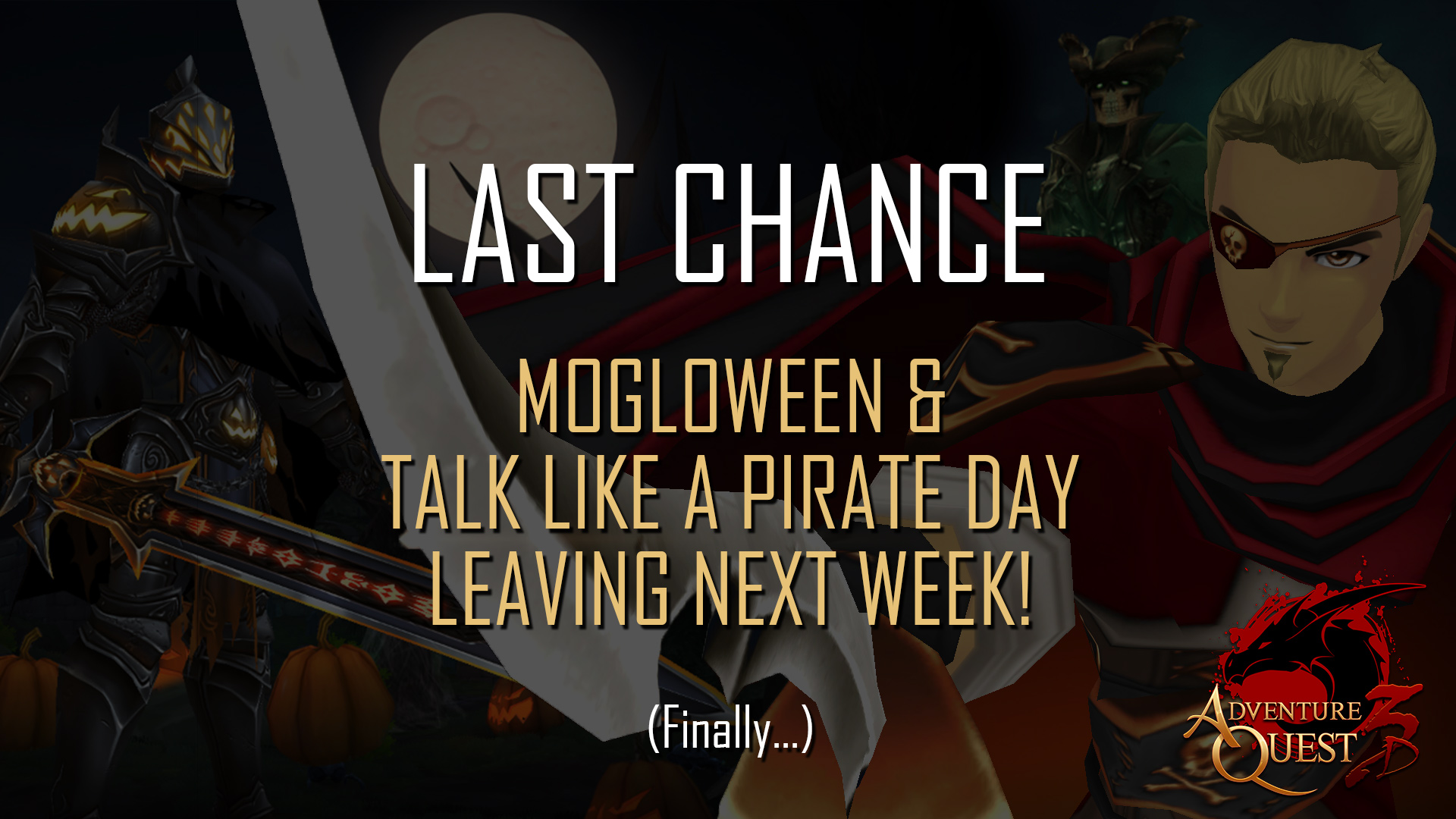 We will be removing Mogloween/Mystcroft and Talk Like a Pirate Day seasonal content with next week's release to make room for upcoming seasonal releases. 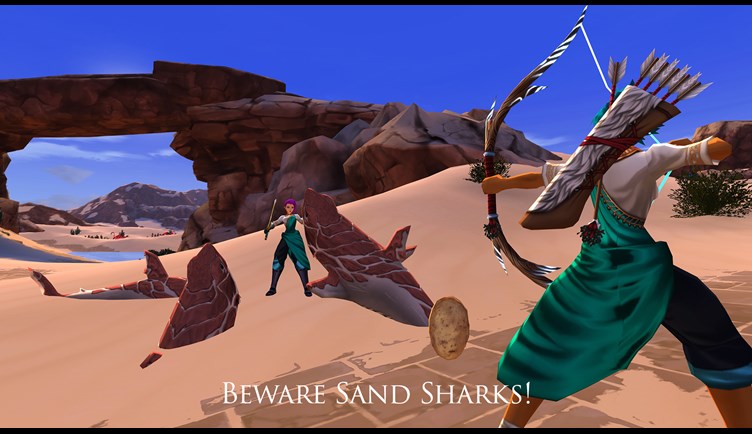 Beware the Sandsharks! We hope you love this new (bigger, better, longer) release in AdventureQuest 3D. The healer class is coming soon (it is going up for testing shortly). So is Dage's birthday event, and the continuation of his saga where we will encounter the "assassin" Zhoom, the eternal Sekt, ride the Sandskiff, and step inside those treasure filled pyramids.

Dinner's over... ready for DESERT!