Seek out the second piece of the magic lamp by journeying into the Sand Pyramid, the former home of Gar-Feld, Keeper of Sand. Prepare to think fast when you enter, as the creatures within will not be your most pressing concern. Do you have what it takes to find your way into Gar-Feld's treasure room? If so, you'll find more than just the lamp waiting for you.

And when you’re inside, you’ll realize quickly why Gar-Feld was called the Keeper of Sand. Be mindful of the dangerous quicksand and sand walls... unless you're well equipped. 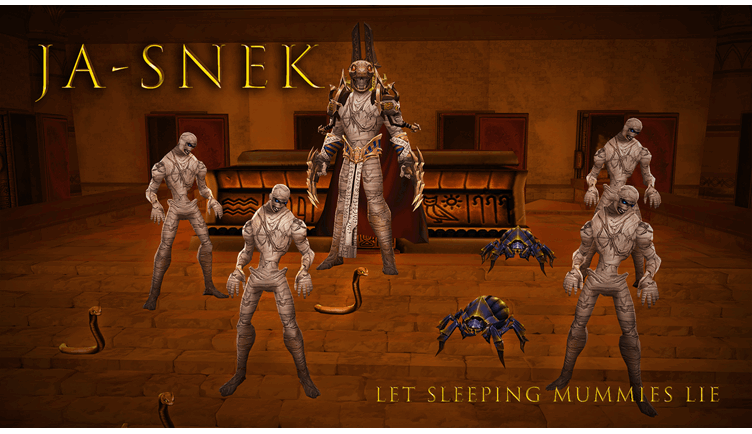 Let Sleeping Mummies Lie… Or Else!

Defeat the slumbering mini-boss and his waves of mummy minions to unlock the pyramid’s treasure room! The only way you’re reaching the lamp is through Ja-Snek!

In his previous life, Ja-Snek was a faithful advisor to Gar-Feld and his friends. Ja-Snek promised to keep Gar-Feld's pyramid tidy while the Keeper was away... That was a very, very long time ago, and the now mummified Ja-Snek is short on patience toward anyone who dares to intrude on his beauty sleep… and the Keeper of Sand’s domain! 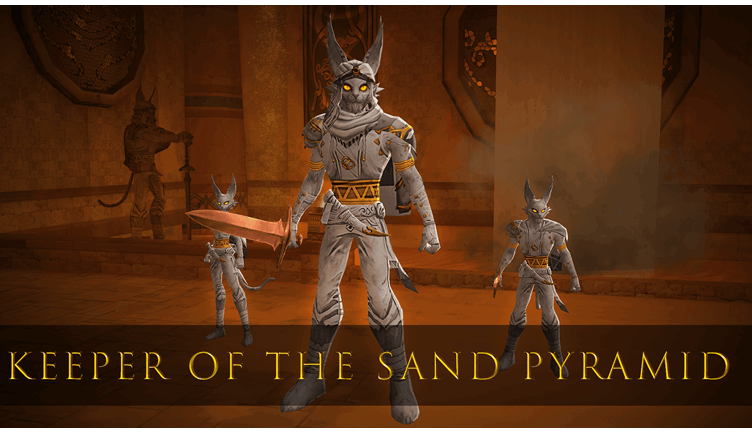 Gar-Feld, Keeper of the Sand Pyramid

Trounce the threat in the treasure room to claim the Lamp! Inside the treasure room, you'll find that Gar-Feld has left a surprise or two (or three) waiting for anyone who dares to claim the lamp piece. Don't be fooled by the threat's statuesque appearance; it's more nimble than you think and eager to play a game of cat and mouse...

Should you succeed, you'll have a chance to collect more than just the lamp: Two new pieces of the Sun Keeper set (belt and pauldrons) as well as a fancy new Stone Statue Sword and Stone Statue Dagger. 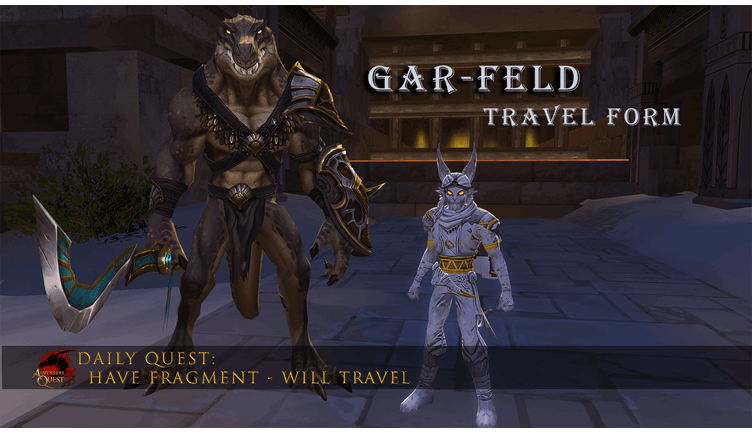 Venture back into the pyramid to claim a special travel form! After you've completed the Sand Pyramid, be sure to talk to the guard outside the pyramid. He'll have a new daily quest for you: "Have Fragment - Will Travel". The guard will ask you to re-enter the pyramid and collect a fragment from the statuesque foe(s) inside the treasure room. What he'll do with the fragment isn't dentist-approved, but the end result will lead you on your very own Gar-Feld Statue travel form! 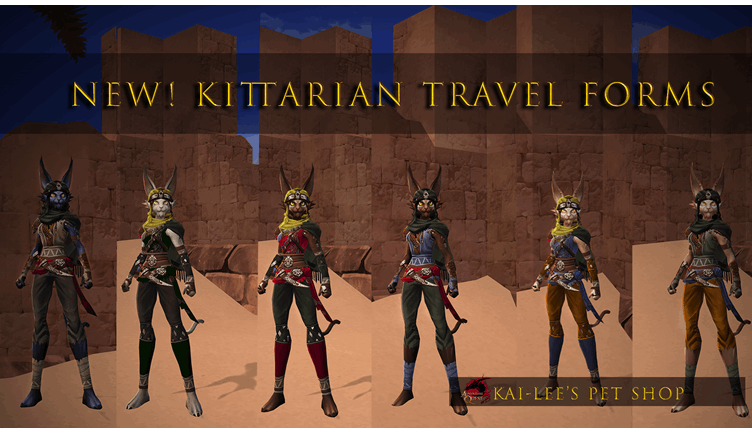 Look at what the Kat(tarian) dragged in! Featured in this week’s release are travel forms of everyone’s favorite felines, the Kittarians! There are a total of eight options to choose from, with two variants of each of the four fur colors.

The Kittarian Travel Forms can be purchased from Kai-Lee’s pet shop in Bastion, though Gaz in Battleon also has a few available in his stock too, as well as one featured found only in the daily treasure chests.

Speaking of Gaz, he has a new pet in store for you all: the Gator of Mischief Pet. This trickster claims he’s from another timeline, but we don’t recommend believing what he says… nor would we recommend putting your hand anywhere to his jaws. 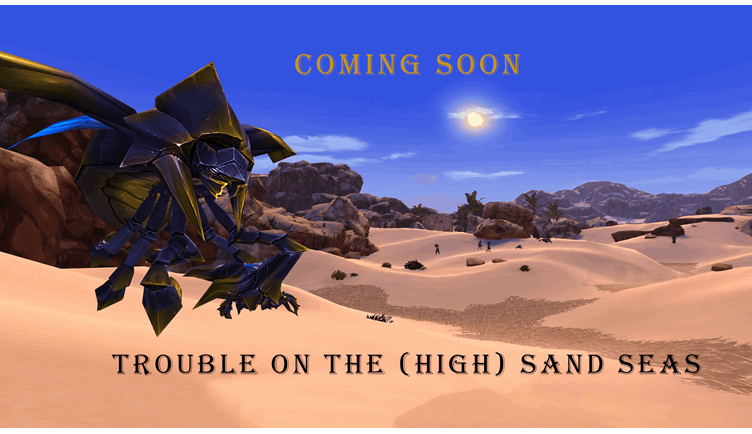 Seek and destroy a new terror in the Sandseas!
The Voidrakar’s attack on the ruins continues, but additional croc guards have yet to arrive! Every attempt by Lord Sekt (really Chombi, if we're being honest) to call in extra guards from across the Sandsea has failed… Why? Because a mysterious creature has attacked every skiff transporting the croc guards to the ruins… But now skiffs aren’t the only thing this creature has its sights on; it’s after the treasure in the Pyramid of Phara-Keet.

P.S. Glisel made the graphics this week because the usual graphics designers were unavailable. That's also why this was late going up. I hope you like them!