Lair of the Sand Witch

The Sandsea Saga continues with our latest release

The search for the magic lamp is underway, but before you can continue your quest, Lord Sekt sends you off to deal with other troubles plaguing the desert...

Since the time you first arrived at Sandsea, something -- or someone -- has been attacking Fahad’s caravans. What malevolent force is behind the attacks, and could it be responsible for other calamities in the Sandsea? But that is not the only conflict you will find in the desert, as the Voidrakar are mounting another assault on the Valley of the Undying King. Will you be able to keep the advancing Voidrakar at bay? Can you solve the mystery behind the caravan attacks? Log in to AdventureQuest 3D to continue the Sandsea Saga part 5 to find out. The Sandsea Saga awaits for all players level 31 and over. 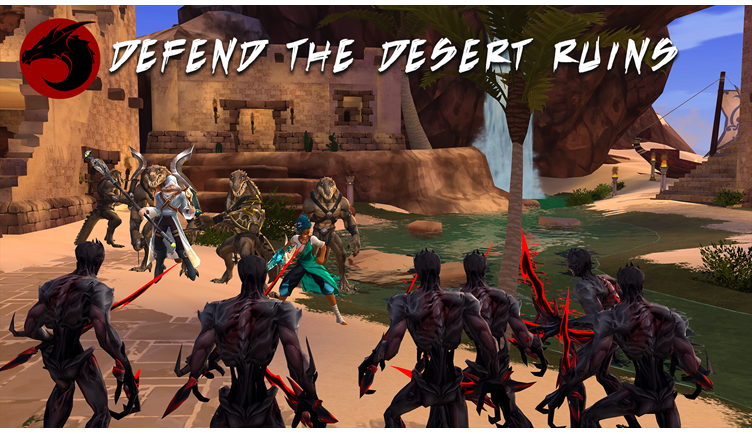 Help Sekt’s guard fight back the Voidrakar who are trying to force their way into the Valley of the Undying King. Meet the Commander at the desert ruins and get into position. Keep your eyes peeled. You must defend the ruins from multiple waves of Voidrakar attacks coming from any direction. 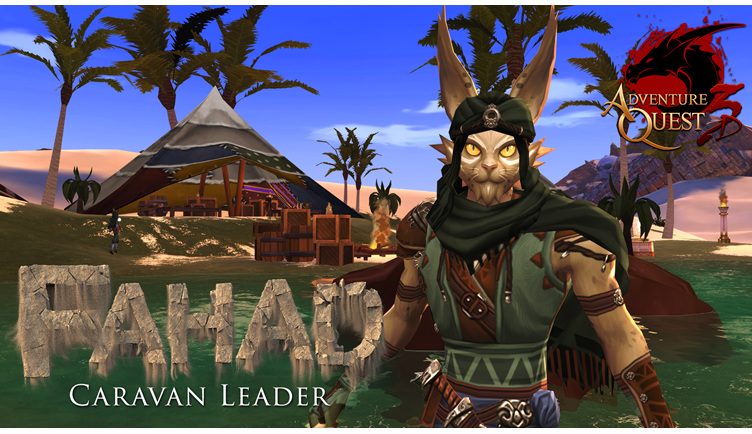 The raids on Fahad’s supply caravans have gone ignored long enough. The guards are running low on supplies and can barely hold back the Voidrakar forces without help. Fahad is happy for your help but one person is not enough. You have a mutual friend who might be convinced to assist… Zhoom.

Fahad believes whatever is attacking his caravan is capable of powerful magic… A witch of some sort who derives their power from the desert sands. A Sand… Witch, if you will. Zhoom has heard of such a creature and he is willing to track her down with your help. 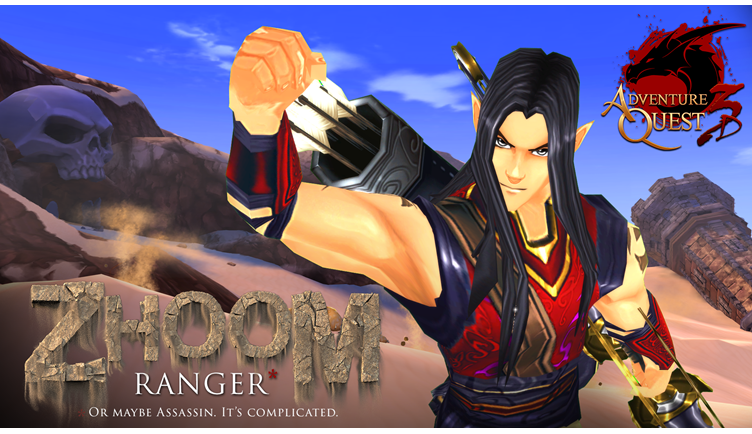 Get ready to support Zhoom in tracking down the culprit behind the caravan attacks. With Zhoom guiding the way, the two of you will scour the desert in search of the source of all kinds of magical trouble. Getting to your destination won't be easy, so be ready to assist Zhoom against whatever foe shows up along the trail.
Note: Let Zhoom know when you’re ready to get going! He’ll wait for you to catch your breath after each encounter. 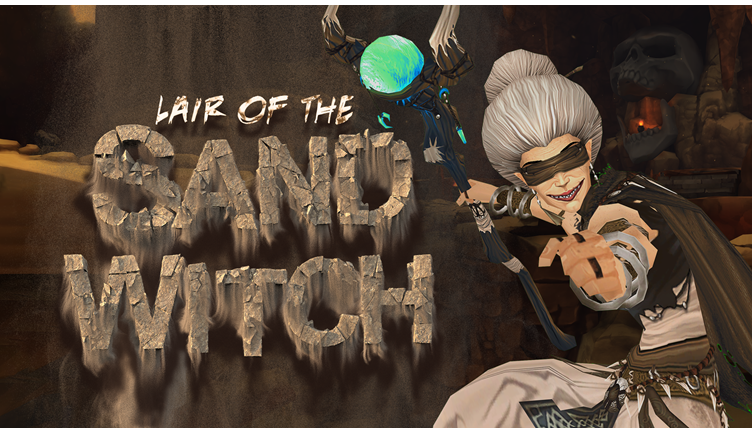 Enjoy the new immersive sound effects and a new soundtrack designed specifically for this dungeon by Jongaar. Follow the sounds of the Sand Witch’s chants and cackles as you search her lair. Just be mindful of what you say to her. All that sand has made her a salty Sand Witch. Also, pay close attention to the altars in her lair. The pretty lights are more than just decoration. 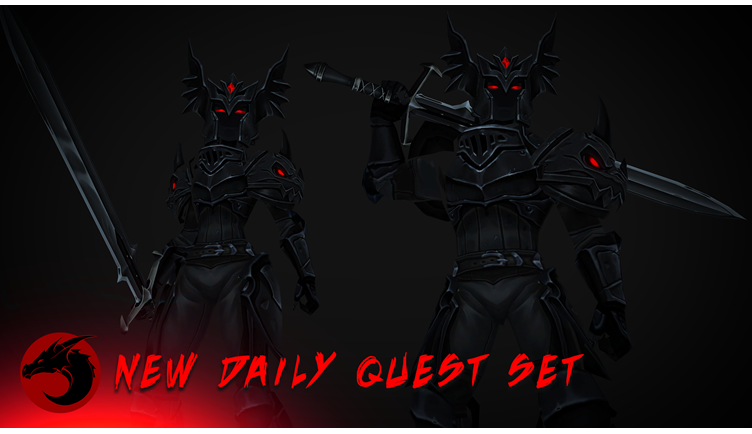 Should you succeed, Fahad may need you to go back into the sand witch’s lair each day to make sure the sandy menace doesn’t return. You’ll be rewarded very well for it, and you can use your rewards at Fahad’s new Sand Witch Shop! A Lil’ Yucky Pet and Alter Ego armor set + weapon are available to purchase with your Sand Witch Leftovers. XD 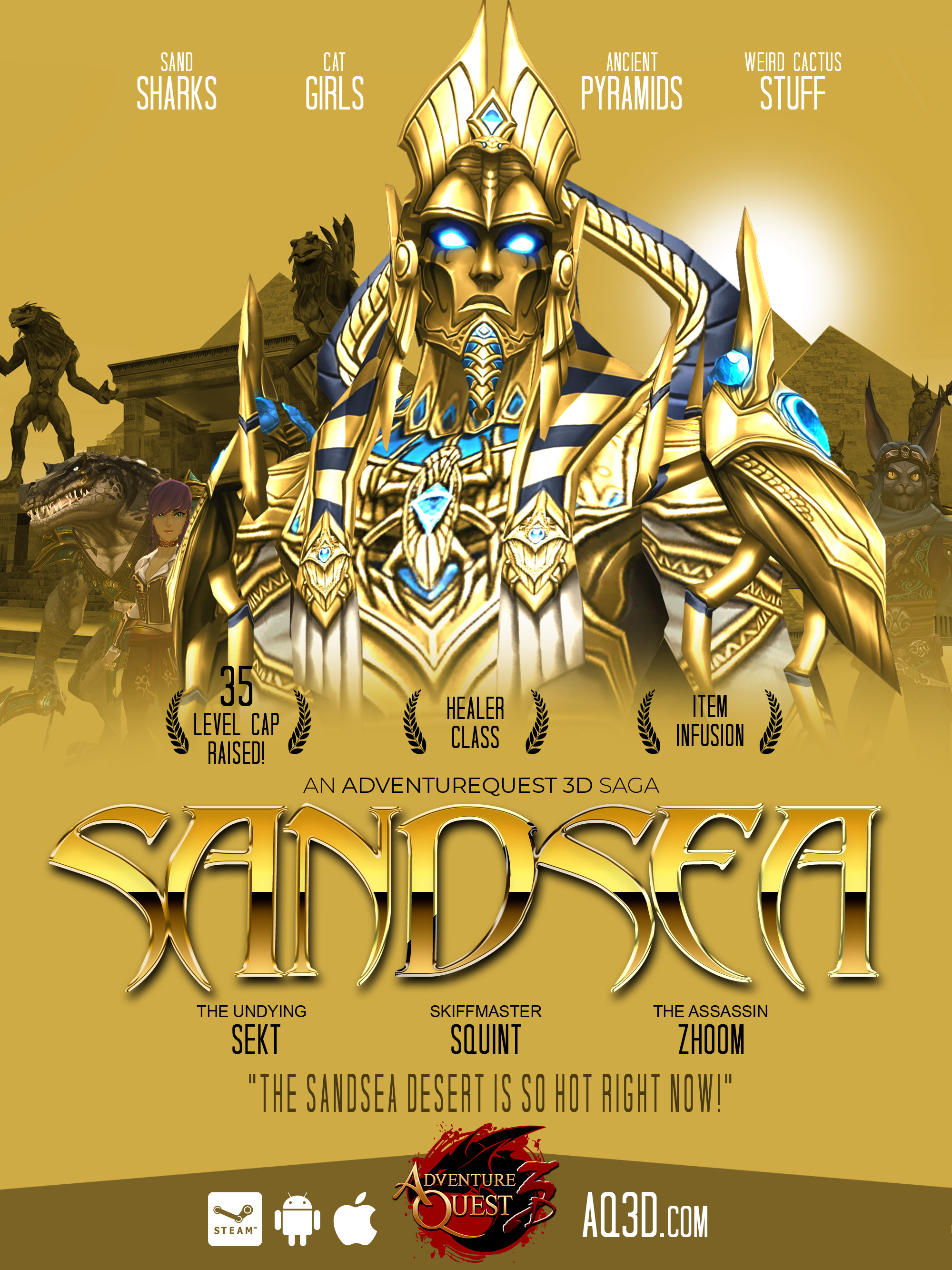 By the way, if you enjoyed the Sand Witch fight, music, and all of the puns included, give a shout out to our team on Twitter (@AQ3Dgame)! Aveleon built the dungeon experience, Jongaar wrote the music and sound fx, Yergen created the dungeon map, and Baleerio has been our writer for all of Sandsea so far!

And if you come up with any great Sand Witch-related puns of your own, Tweet them to us @AQ3Dgame with the #sandwitchpun! We’ll include a few of our favorite puns in next week’s Design Notes.