"I stalk the dark creatures that stalk the night."

ShadowStalker W is Lore's foremost expert vampire slayer, werewolf hunter, and ghost exorcist. He is ever willing help the victims of these creatures-- for a price. He is the 23rd of his line. However, should the events unfolding in Darkovia proceed unchecked, he may very well be the last. 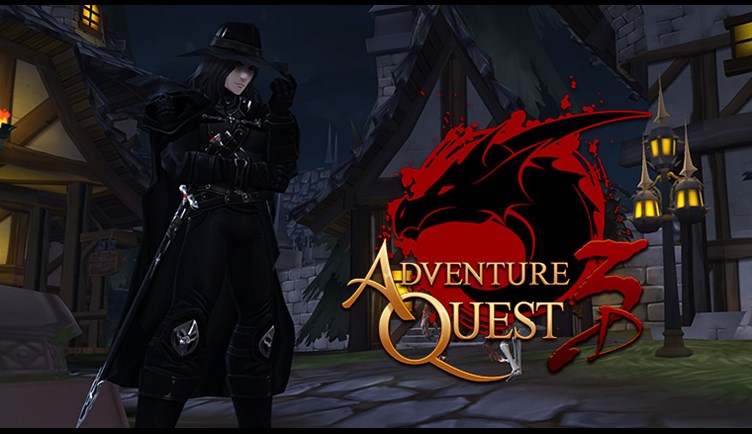 The ShadowSlayers are deeply intertwined through Darkovian history. The forest of eternal darkness has beared the fruit of many legendary heroes and villains. Perhaps it is the natural law of things, that when humans are oppressed by tyrannical vampire nobles, that one rises to defy them. Certain scholars argue that the darkness itself selects one to maintain some type of twisted balance as it works towards its master plan. That being said, very little is actually known about the ShadowSlayers. Are they cursed themselves in some way? It is unknown how you find one, let alone become one. As for their origins, the only mentions of the 1st ShadowSlayer exist in a rare book known as the Book of Darkov. This book is a collection of tales and superstitions collected from all corners of Darkovia.

The original Darkovia was a heavy fan favorite of the original AdventureQuest Web-Based Flash Game. The area focused heavily on the conflict between the Vampires and Lycans (Werewolves). When you first entered the adventure, you met VampireSlayer E. This was, of course, an obvious tongue-in-cheek parody of one of my all time favorite anime characters. He taught you the lore of these supernatural creatures before you went to their respective castles & lairs. Years later, in the MMO AdventureQuest Worlds, we introduced a female hunter named ShadowSlayer Z. The lore around the ShadowSlayer started taking shape in our world. Because AdventureQuest 3D is a "re-imagining" the previous slayers are not cannon. But they both did exist before our story takes place, and they will be referenced through pages of the Book of Darkov, armors, or surprises as the story progresses. To the enthusiastic and loyal AdventureQuest fans, we are excited to blend AQ's, DF's, and AQW's Darkovia into something both fresh and familiar. (Note, I would really love to make a comic, book, or TV show of this and future releases one day.)

Darkovia Part 1 will be the next AdventureQuest 3D release, raising the level cap to 18