A Frostlorn Summoner is attacking our home town with an army!

...but our NEW town of Battleon includes some brand new defenses. Use your defenders medals to place catapults and defend against waves in our new siege war system! 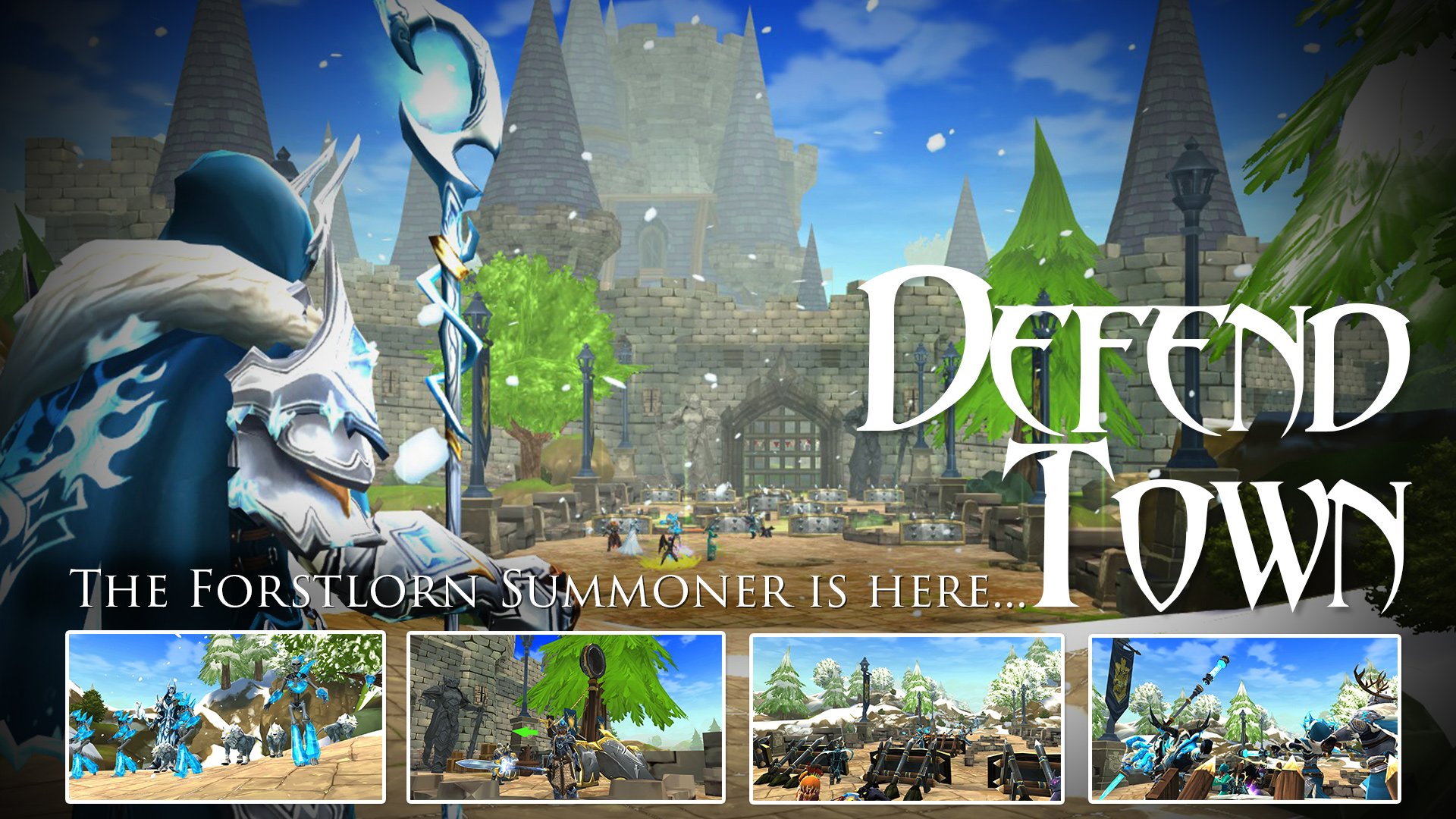 There are no teams in this war. We are ALL fighting to protect our home. Stand together to defeat the waves of enemies in this siege outside the gates of Battleon. The map holds 10 people and is intended for players of all levels to fight side by side. 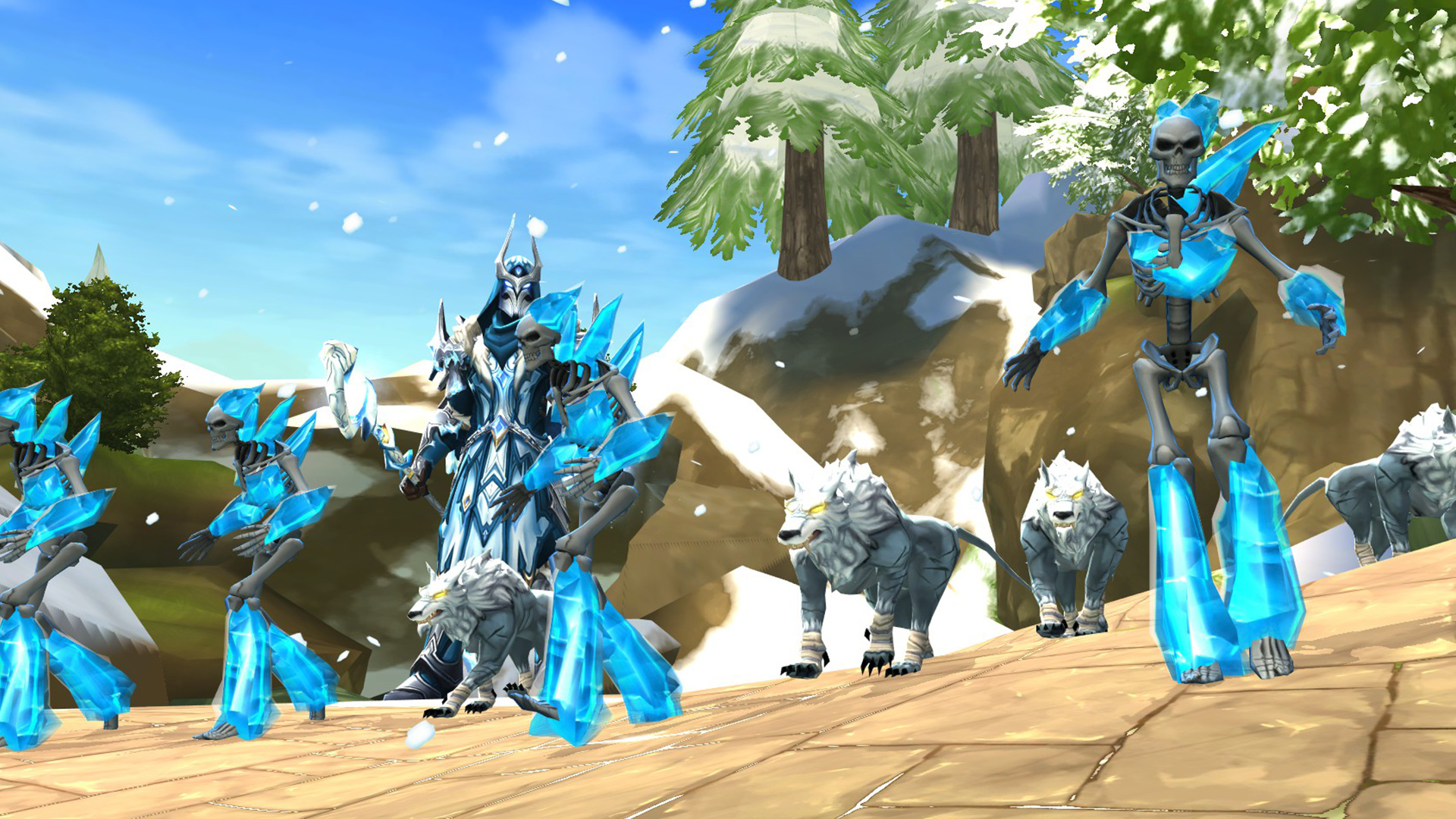 Siege (verb) -  A military operation in which enemy forces surround a town or building, cutting off essential supplies, with the aim of compelling the surrender of those inside.

A horde of Frost Monsters can be seen in the distance riding toward the side gates of Battleon in waves. The Frostlorn Raiders have tried taking Battleon before and you fought them back. You then went to their stronghold near Frostvale in the Frozen Northlands and fought against the Frostlorn himself. Now, Shiveroth the Frostlorn Summoner has ordered a siege on Battleon in retaliation. Battleon needs you to defend it once again. 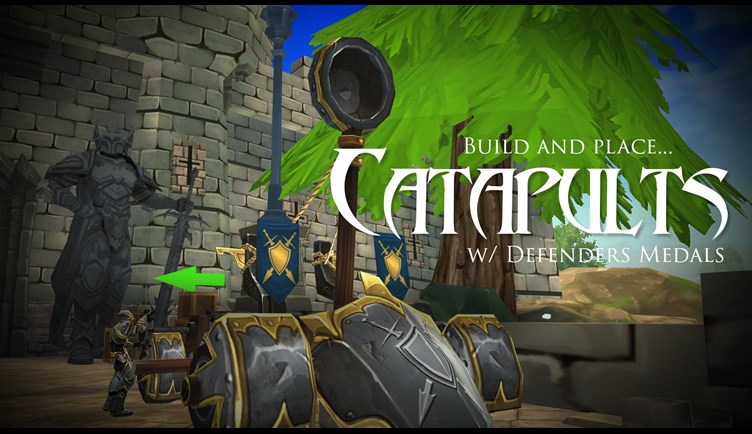 Keep the enemies out
Maintain and build more barricades. This is your main defense. Barricades can hold back the Frost Monsters while you fight on the front lines, even if you're the only one left standing. Be careful though, after enough attacks on the barricades, they will break and the war meter will decrease. Building more barricades and keeping them up is the best way to increase the war meter. 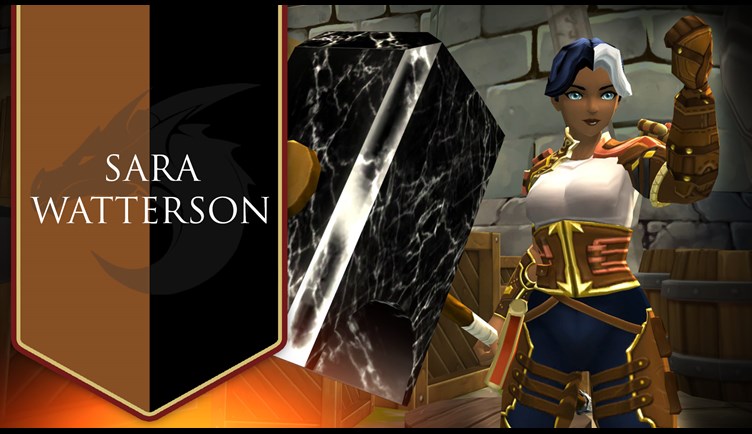 Introducing Blacksmith Sara Watterson (a new NPC from the AQ3D Kickstarter) has volunteered to provide you with defenses in this war. This includes cannons, catapults, and walls of fire! Use your defenders medals to purchase them and they will appear transparent on the map. Just click on where you want it to go and it will become a solid item. 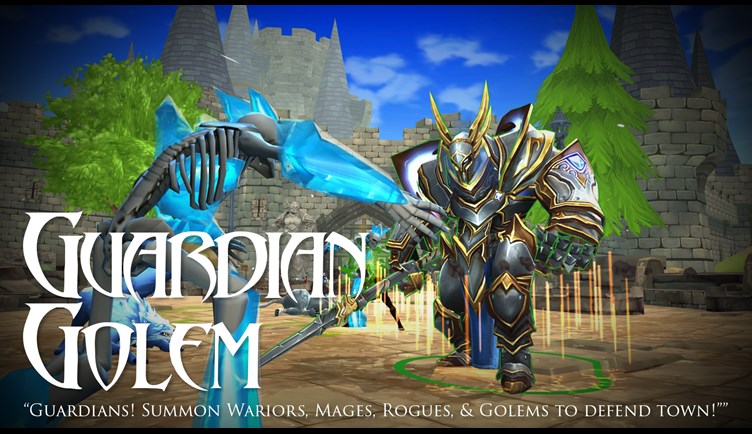 Guardians also have the ability to hire additional help in the form of Guardian Golems, Mages, Rogues, and Warriors. You can spawn your hired help at the teleportation pad which appears by the gate. 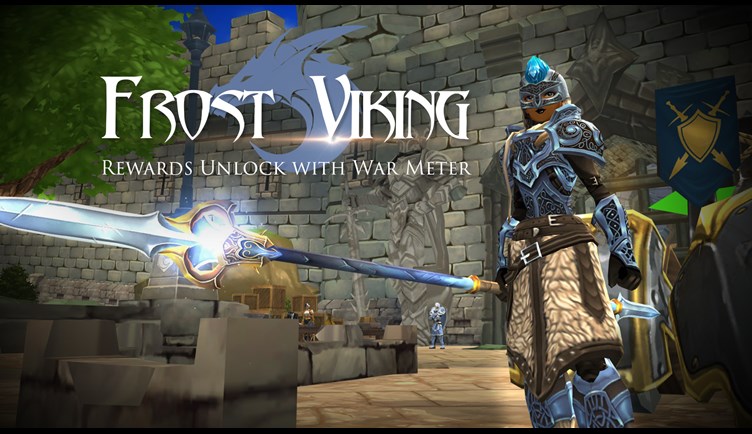 Unlocks from the Siege Loot Shop

Sara also offers a Siege Loot shop with level 20 stat based armor sets. Each item of the Frost Viking and Frozen Viking armor sets are locked behind the war meter. Starting at 10%, different pieces of the sets will become available to purchase for gold. 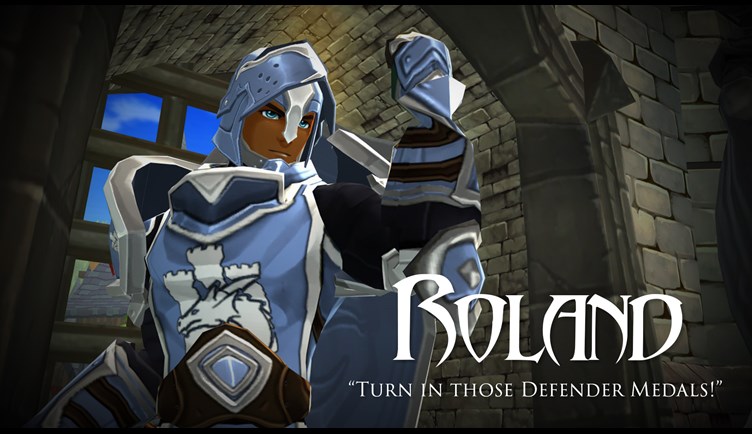 Meet Roland in Battleon where he is recruiting heroes to defend our town from the Frostlorn Summoner. He also has Defender Rank quests and crafting for additional cosmetic armor sets. As you gain ranks as a siege defender you'll unlock new tiers of armor sets.

This war is taking place outside the walls of the Social District of Battleon instead of the entrance gate.... but you can hop into the action by talking to Roland in town.

We'll see you on the battlefield!

This war features new game mechanics and we really hope you enjoy it. Let us know if you enjoy it and any ideas you have for how we could make it even more fun!