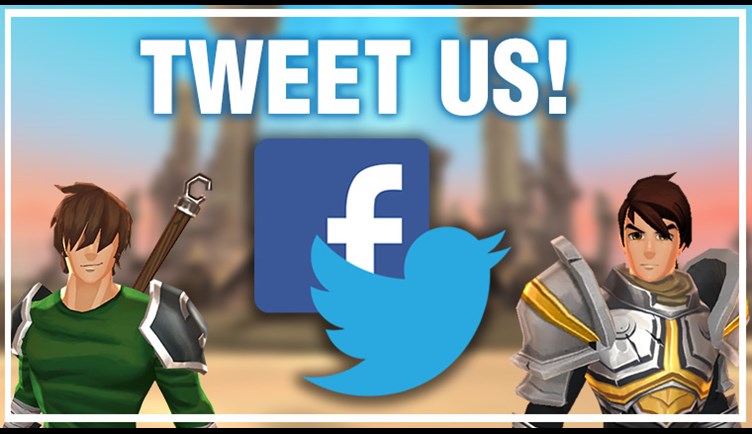 I have always felt that it's really important for a game developer to stay in contact with their players. Social media tools like Twitter help us reach you and more importantly let you reach us.

Many of you already know this but I am probably the most interactive member of Artix Entertainment. I consider it part of my job to talk to you guys and listen to your feedback and also just mess around with you. I take time every day, from when I wake up to when I fall asleep, just to read your messages and respond to some. Sometimes this happens in the game or the comments section on the Design Notes... but mostly it's through my Twitter, @Cysero.

I joined back in 2008 and since then I have been tweeting, joining discussions, answering questions, directing players to Player Support when they need help and telling people that they can't be mods nearly every day since then.

Artix also joined back in 2008, about a month after I dove in. His Twitter account is @ArtixKrieger (by the time he joined @Artix was already taken by some fan). 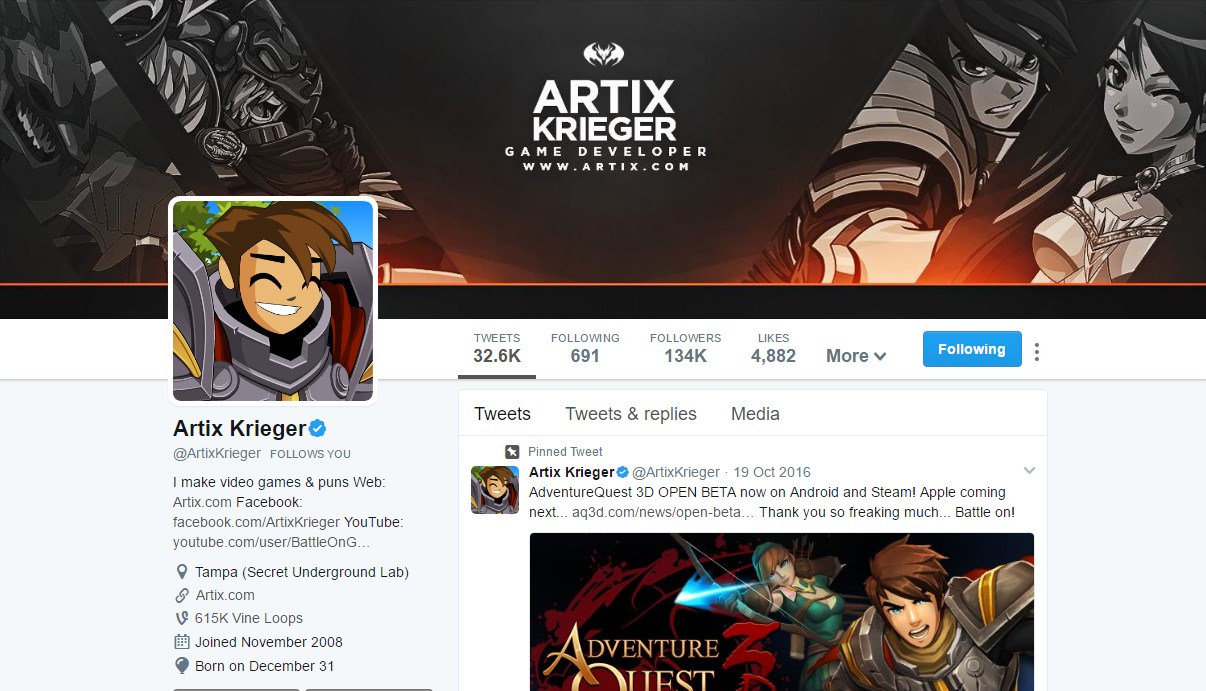 Artix is probably the second most interactive member of the development team. Like me, he also believes that it's vitally important to stay in close contact with the people who make your games what they are. He would definitely be the MOST active member of AE if he didn't have a stupid company to run, always taking up his time.

Artix also tweets about our games and whatever exciting projects AE has cooking, but you can also find a lot of puns, videos and lots and lots of inspiration!

The official AQ3D Twitter is a great source of AQ3D info. It's young but we will be using it more and more as we continue to build AQ3D. This account is run by several people, including Myself and Artix and usually features game announcements, links to new Design Notes posts and more AQ3D game related tweets.

The game also has an official Facebook page, which is a great way to keep track of game updates while you book your face off with your friends and family.

Many of the AE staff like Alina, Dage and even HeroMart also have Twitter accounts and all of our games have Facebook Pages. You can find the links to all of them on our Instant Fan Page. 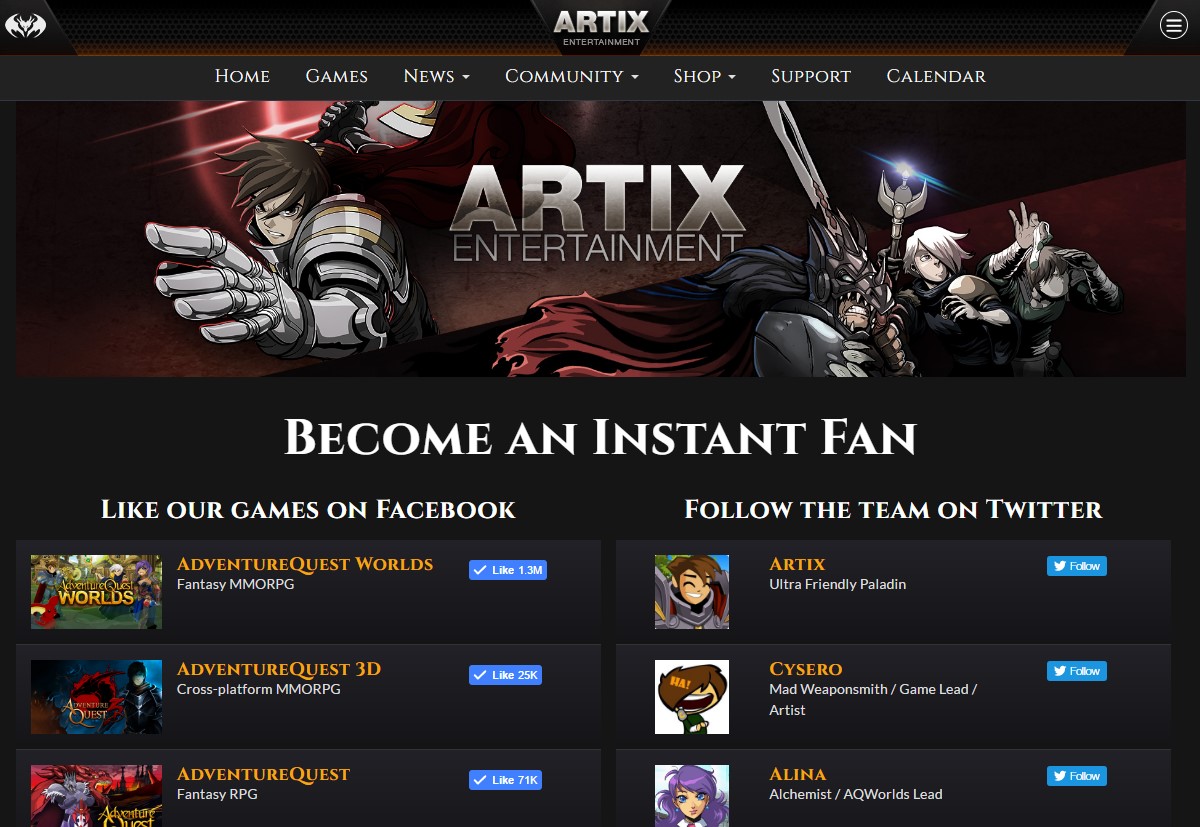 It's also important to remember that ANYONE can make a Twitter or Facebook account and claim to be me or Artix or a moderator or anyone else.  NEVER give ANYONE your passwords or personal info, no matter what they promise you. If you aren't sure if someone is legit, look around a little. Check the Instant Fan page and/or ask one of the staff that you know are legit.

Be smart and be safe.

Remember that if you have account or payment issues, the Player Support team are the ONLY people who can help. You can reach them through the Help/Support links on ANY of our game pages.

We get a LOT of message. We can't respond to them all but if you have a question about the games, don't be afraid to ask. You're not bugging us, it's why we're on Twitter and Facebook!

Show us your fan art! Maybe we'll retweet your masterpiece! Maybe our games inspired you to try game development too... show us what you're working on! Maybe you just want to say hi!

OH and if it's your birthday, Tweet me. If I see it, I will always wish you a happy birthday.