Don't look a Wooden Gift Horse in the Mouth

Join us in AdventureQuest 3D this week and Quest for the new Wooden Stallion travel form, play the Heartwood Hunt challenge, and earn the Cryptodirax armor and items!. 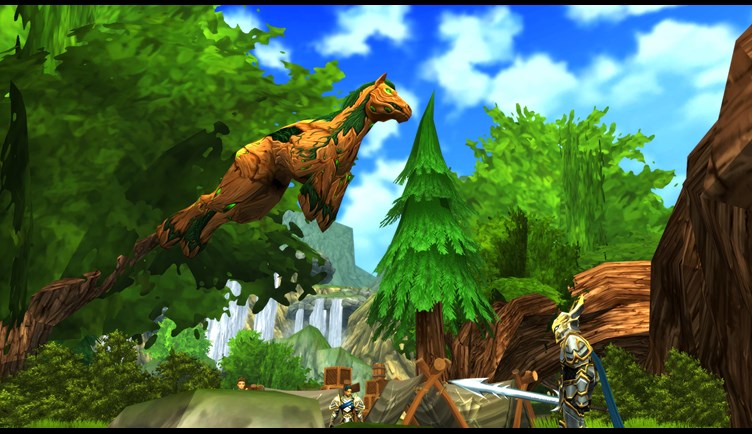 Crafted from the living tress of Heartwood and given magical life through its magic. Want to make one? Find Audin the Travling Merchant in Heartwood. She has a new daily quest called "Gift Horse" to help you collect the ingredients needed to craft this 160% speed travel form. 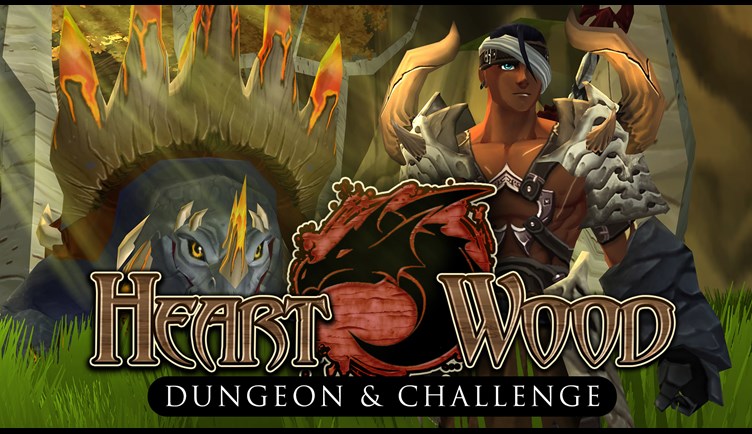 Finally, you can learn to become a behemoth hunter and earn the Cryptodirax armor and items. Of course, you will have to defeat the Cryptodirax-- which was bugged due to a glitch in one of the new gameplay features. We fixed it and its working now! Begin your adventure by talking to Drak in Heartwood forest. Where is he? Not far. When you enter HeartWood go left. You will see him under a canopy of yellow-leaved trees with a tiny cave behind him. Go into the cave to start the adventure! 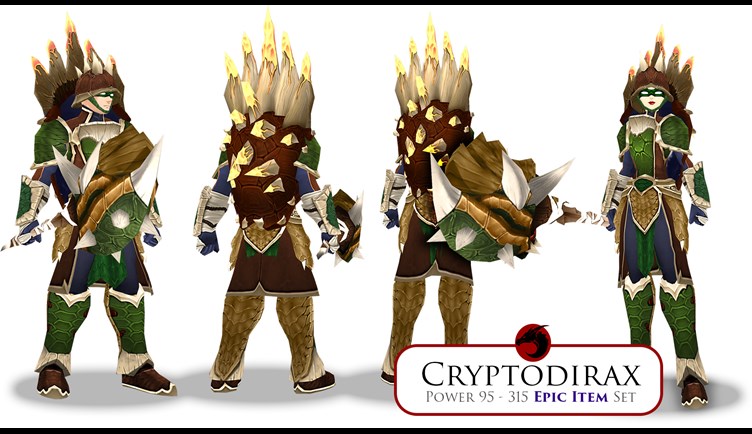 The Cryptodirax armor set can be built from the drops off the creature. Its stat power when it is crafted will be at your level minus one (minimum level 7). You can also purchase the Razorshell Turtle Pet from Drak. 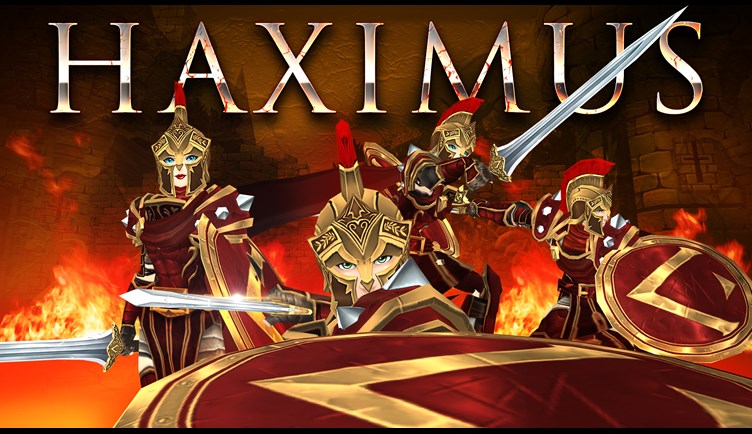 Earn the Haximus set. Monsters on all Daily Boss maps are now behaving normally and arriving on time again.  And the Sunken Ship Challenge is poisonous once again. XD

Well, each night at midnight, AdventureQuest 3D automatically switches to a new, random "Daily Boss Challenge". This feature has been working fine for a very long time. So it was a surprise when it suddenly started breaking. I am not sure how interested you are in how bugs are hunted. But this one was a tricky one. Mostly because whatever was causing this to happen was unpredictable and we could not make the bug happen intentionally. Typically, when you get an issue like this... it is some other new thing causing it to break. Your first assumption might be that it was related to the Cryptodirax, new quest types, or monster pathing. Nope. We checked everything. Twice. Turns out, this issue could only be caused manually. But sometimes, you just get lucky and spot it when it happens. We have a developer only command that allows us to live update the shops and monsters in game. Historically, we only use it on the development server where we are making rapid changes while building new game content. But recently, we used it on the live servers to quickly fix small issues without having to restart the server. As you guessed, the days we used this command lined up with the days the Daily Boss Maps broke. Once we pinpoint the problem, the coders can fix it super fast. Which they did. The fix is live now. Hope you enjoyed this deeper explanation and peek backstage. 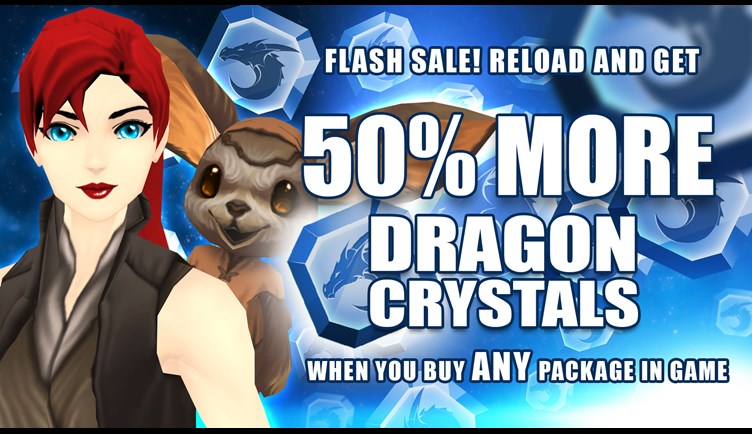 Less than One Week Left!

Just a heads up. There is only a week left in the DragonCrystal bonus "flash sale" thingy. Support the game by buying anything in AdventureQuest 3D and get 50% more bonus DragonCrystals. It is a crazy good deal. But it ends this Monday (May 4th, 2020). 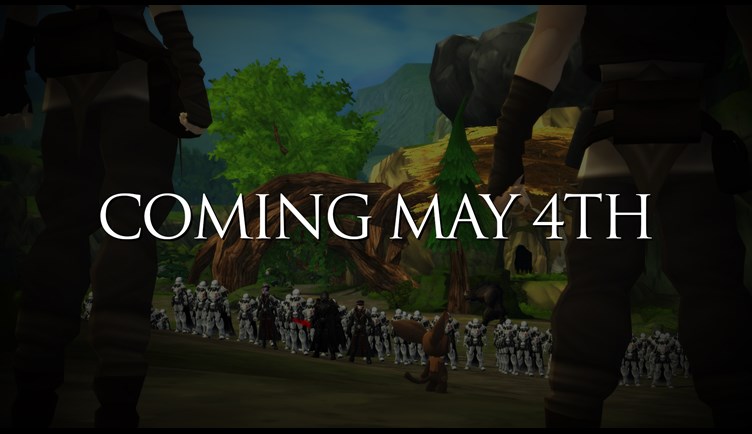 Monday is "May the 4th be With you"

This Monday is May 4th... and our yearly sci-fi/fantasy celebration of "May the 4th be with you" returns. We have a game wide monster hunt and a collection of parody items. Including one ridiculously oversized Black Samurai-looking Dark Lord helm.

Thank you and reminder...

We hope you enjoy this Wooden Stallion and Cryptodirax release. Thank you for your all of your encouragement and support.

So, question for you... have you ever wanted to go treasure hunting in the Ancient Inverted Pyramids of the Sandsea Desert? Asking for a friend. XD