Dage made 3D Food... and it looks so good we want to eat it

We are boarding a pirate ship and heading to the ninja-filled Yokai Isle next week. Yokai Isle is known, in order, for supernatural monsters, ninja, new 3D environmental sounds (more coming on this later), and some of the most delicious food in the world. Dage textured some 3D food. He got so hungry creating it that he went out for ramen right after. Now I want to eat it too. I mean... at first glance, I did not even realize it was real food! 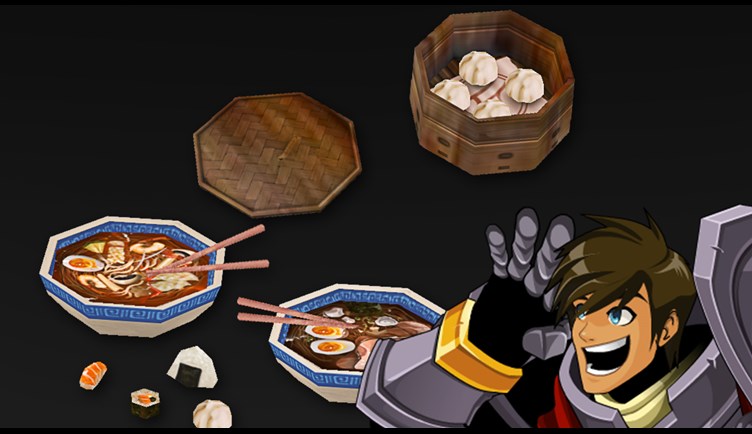 Remember kids! Check with your doctor before following a gag post on a video game design notes or you might end up as an unfortunate Darwinian statistic. Also, please note the intentional omission of Tide Pods in this dietary regimen.

>_> Although, this pretty accurately summarizes my diet. 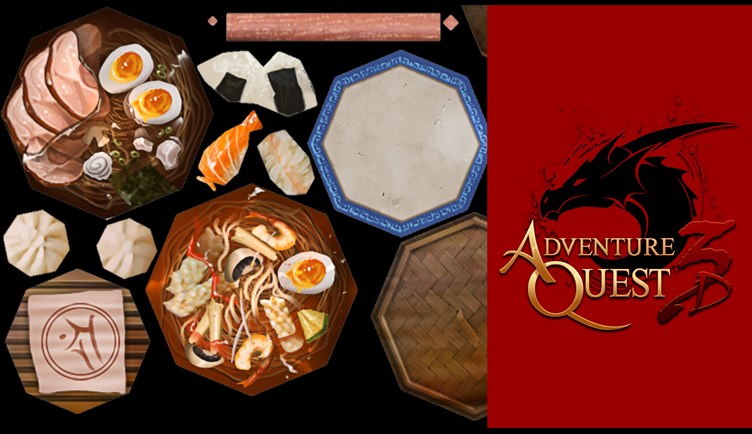 If you are like us, there is no better treat than going out for sushi. But, what if you discovered everything you knew about eating sushi... was a lie!? (Well, only some of us. You may already know these things-- but how often do we get to make a sushi related post in our 3D MMORPG? Let's dive in.)

We create video games from our Secret Underground Lab (ironically located on the 2nd floor) here in Tampa, Florida, USA. Growing up in American culture we taught that Californian Rolls were sushi and that we were supposed to mix a little bowl of wasabi and soy cause to dip in. After my first trip to Japan, I discovered everything I had been taught was wrong. Sharing my findings with you below....

Sushi does not mean raw fish
WHAT!? Yeah :-( Sushi actually means vinegared rice. So, "Hah. Tricked you!" California roll is actually sushi. >_> What a twist!

What is raw fish then?
Raw fish is called Sashimi. That is the slices of raw fish that come all by themselves.

California Rolls were not invented in Japan... or in California
The California Roll was actually invented in Canada by Chef Hidekazu Tojo in 1971. I met him. Yes, he's still alive and making Sushi in Vancouver. Although, there is a heavy debate that two other Americans invented the California Roll. Probably, more accurately, one of the other two guys gave it the name.

You eat Sushi with Chop Sticks
Nope. Sushi is a finger food. It is intended to be eaten with your hands. Which is why most authentic restaurants give you a hot towel to clean your hands first. Steaming hot... that burn your flesh away like a pyromancer casting a spell 5 levels above their max ability.

But you still dip the sushi in the sauce, right?
Nope :-( Not sure how this became a thing. For sushi, you are "supposed to" eat it as is. The sushi chef is supposed to put an appropriate dab of wasabi in it so that it tastes perfectly. The dipping is supposed to be done with the Sashimi.

OK, fine, but at least I am putting the sushi in my mouth correctly... right? O_O
Nope. We have been taught to do it upside down. When you pick up a piece of sushi with your hand, you are supposed to flip it upside down so the fish or topping touches your tongue first.

My whole life is a lie! What do I do now.
Do whatever and eat however you want! XD Because the only thing that matters is you are enjoying it. But now that you know "the truth" feel free to pester your friends and family about it the next time you go out for Sushi.

Would love to know-- do you like sushi? What is your favorite? If not, would you ever try it?