Gunpowder Mary: Back with a BANG!

Avast! This week on AQ3D

This week we’re swabbing the decks, hoisting the sails, and getting ready to fly the black flag, all in preparation for Talk Like a Pirate Day! Now that Pointe Less Isle is relatively shark free, Annette decided to head back to the beach. There also are two new item sets you’ll be able to find in treasure chests, and Gunpowder Mary is making her explosive return to Battleon! Read on to find out more... 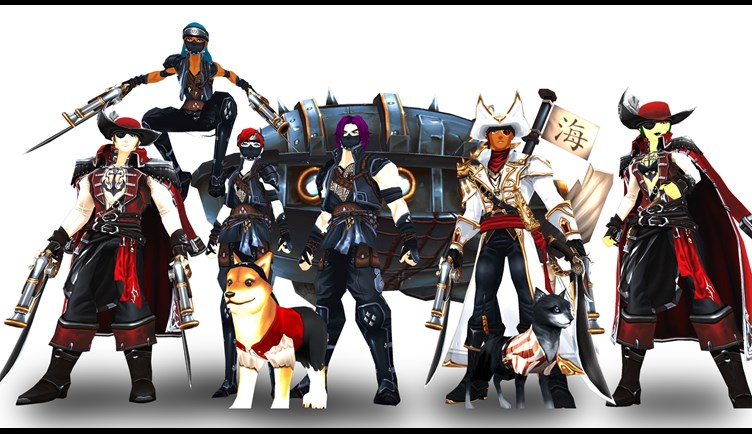 Gunpowder Mary is back with a bang! Talk to her in Battleon to get previous Talk Like a Pirate Day collections, dare ye fly the black flag and wear the piratey sets? 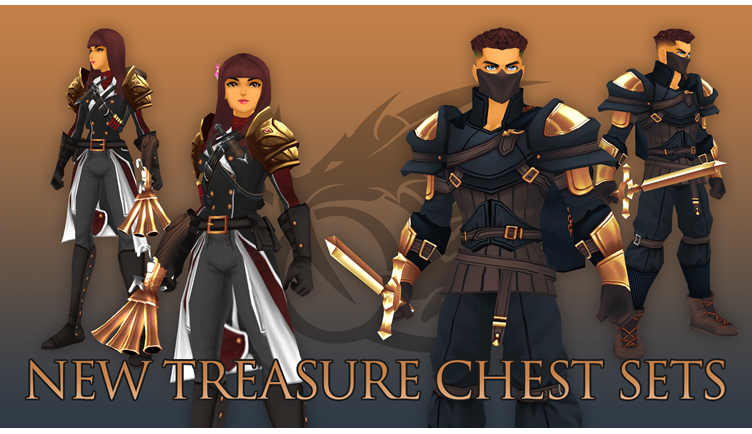 Move with the shadows in the new Eclipse Assassin set, or hold the line with the Garnet Garrison set. You can obtain these new sets from treasure chests starting now! 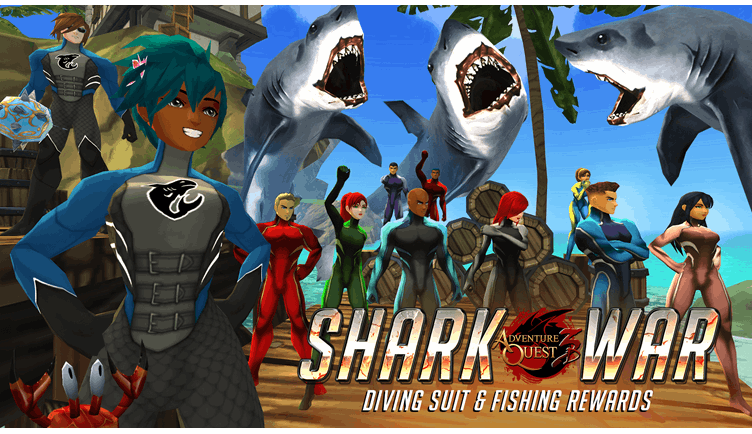 Thanks to your efforts, the sharks are retreating from Pointe Less Isle. Annette is heading back to enjoy the shark free beach, but what will they plan next year? 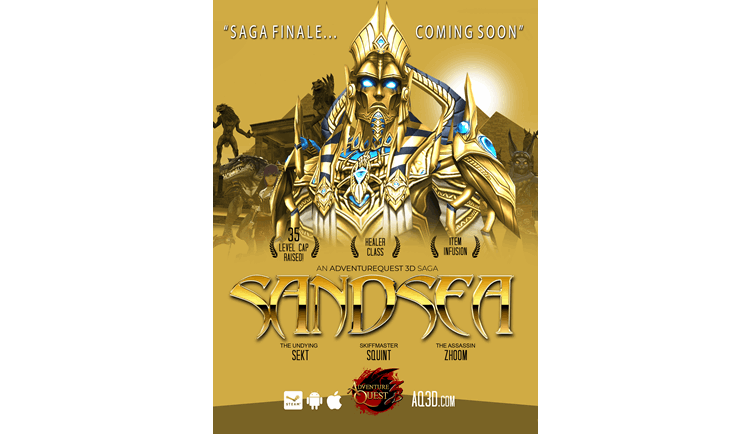 The team got together and decided the finale needs to be the best it can be, so we’re delaying it for a short while. We’re committed to quality, and hope you support us making this decision! After the epic conclusion of the Sandsea Saga, we’ll also be releasing new gear sets purchasable with Sandstorm Capstones (infuseable up to +20!), and another Challenge fight.

In the meantime... Talk Like a Pirate Day begins next week (around September 19th) with new quests and new rewards. And we’re finally ending the DC sale at Midnight on Tuesday the 14th (EST), so don’t miss out!