Beserker is a brutal tier 2 class that everyone can earn right now. Head to the class trainers in town to get started. You will notice that you can earn classes faster now... especially if you are (or become) a Guardian. 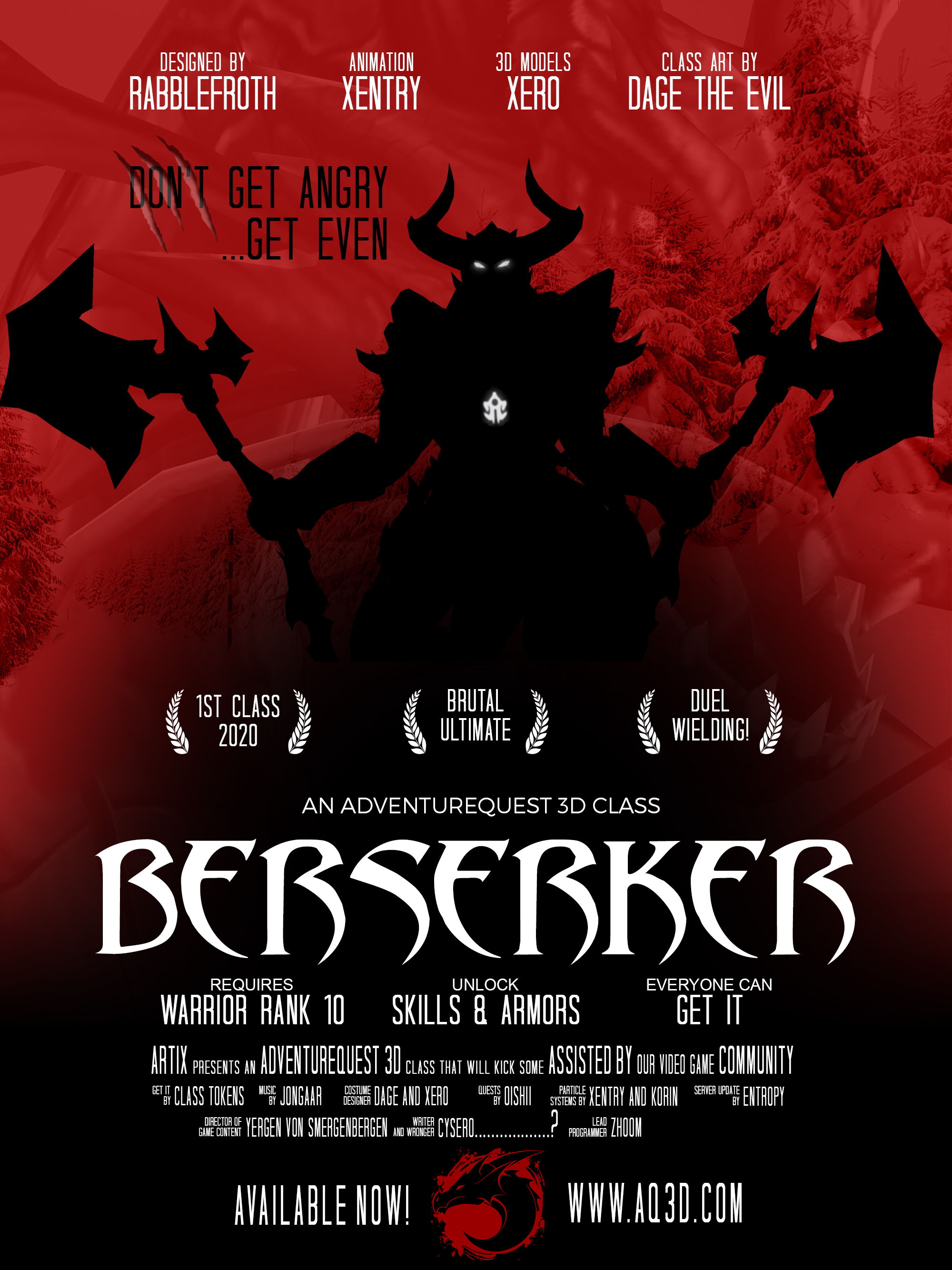 "Berserkers are often the last ones standing on the battlefield. They have learned to tap into the deep rage running through their veins and become unstoppable whirlwinds of death and destruction."

Berserker is a Tier 2 class...

It is so brutal that you need to be a Rank 10 Warrior before you can even start the quests.

Also, Berserker is a duel-wielding class!

...and it has its own custom daily dungeon called Trials of Fury?

Are you a Guardian? Because Guardians get a bonus daily quest to earn & progress classes (including this one) even faster.

Finally... as a special reward to you for being with us... Beta Berserker will be exclusively released to you and your fellow early access players when AdventureQuest 3D goes fully live on STEAM. 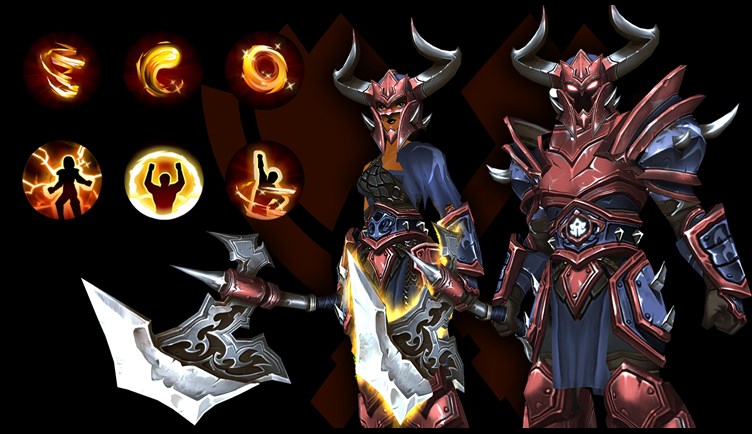 Berserkers tap into their rage for their power of death and destruction. These are the skills you'll be able to use as a Berserker.

You can unlock classes even faster now. It used to take a month. Now, you can do it in only 7 days through the daily class quests. Choose carefully though, the trade off is you can only train one class at a time.

Are you a Guardian? Earn classes even faster.

Like before, Guardians get a bonus daily tokens quest. Now, Guardians can exchange the tokens they earn and use it on another class.  This is pretty cool. We are trying it out on Moglomancer, Pirate, and Berserker first. It feels pretty good-- and when we get feedback of it in action, we will make it work for the other classes to. 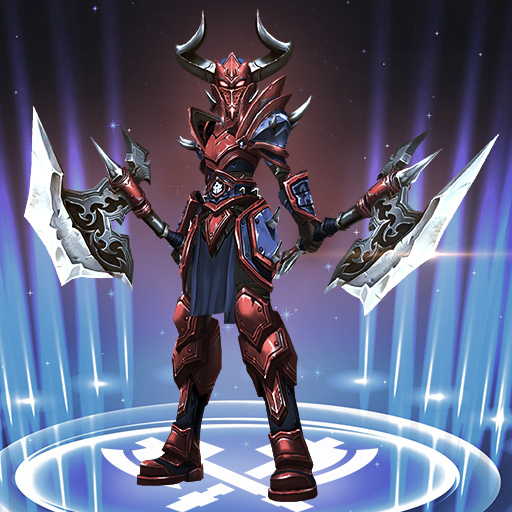 Once you rank up Berserker, you can then start unlocking the wicked full armor set.  Head to the class trainer's building in town, and talk to Rowan Varr to start your Berserker training. 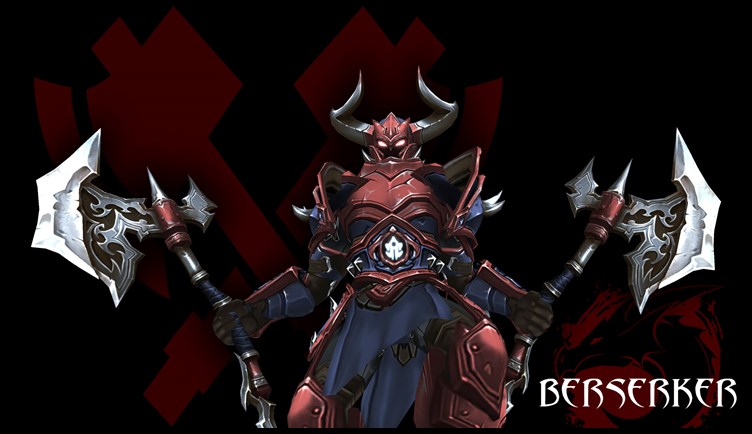 Where's the Class Trainer at?!

OK, here's a shortcut. And it works for any class. Hop in game. Click on the main menu, then classes, then Berserker. Then, under the picture there is a button that says  "Berserker, Unlock Class (or Get Tokens after it's unlocked)" If you click it, it will bring up a travel button which will teleport you to the Class Trainers.

Is the release on all Devices?

Yes. The release has just gone out on Android, Apple, and Steam. Be sure to grab the latest version of the game!

Did you already do your daily quest for the day? Or are you already on a daily class quest? (if it is the second one, you can just drop the quest and pick up the berserker quest.)

Because of the special nature of Berserker duel wielding, if you see an instance of the weapon particles (special effects) not working properly, please submit a Bug Report to artix.com/contact or through the in-game menu.