The 2021 Dage Collection is now available!

Dage had been hard at work in the Soulforge. This year's collection introduces full sets of Legion Ranger, Legion Priest, and couture armors. Also, dark weaponry, a giant spider travel form, pet, bow, fishing pole, and... well, see the full list below. Get the full collection from the Legion Acolyte on the bridge in the our home town of Battleon!

Watch your foes flee in arachnophobic terror as you ride this glorious 8-legged travel form across the battlefield. Extra horrifying when you see it running at 160% speed. 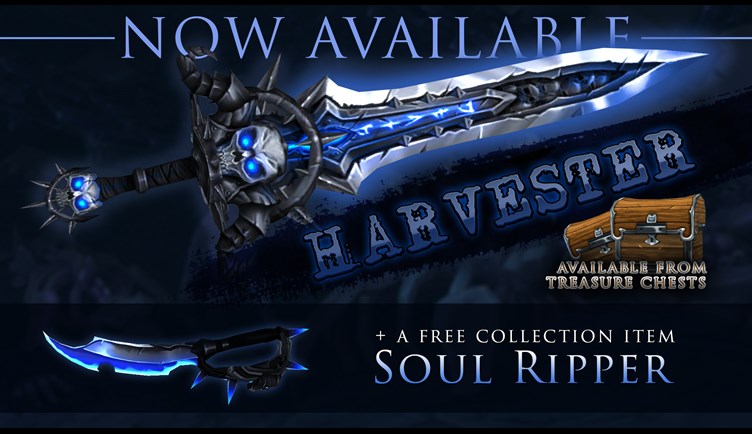 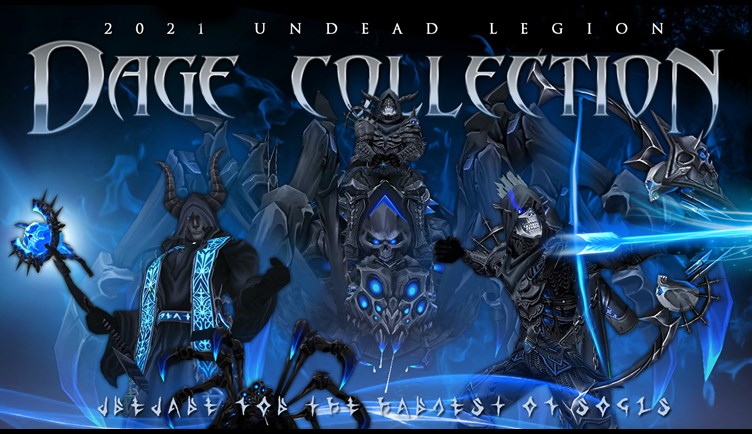 You can obtain these items individually for DragonCrystals, or buy the ENTIRE COLLECTION for to save a ton of DragonCrystals, permanent year round access without taking up inventory space,  and also get the rare title & badge "Soul Harvester". The collection also includes an unlimited supply of the Legion Aura Potion. 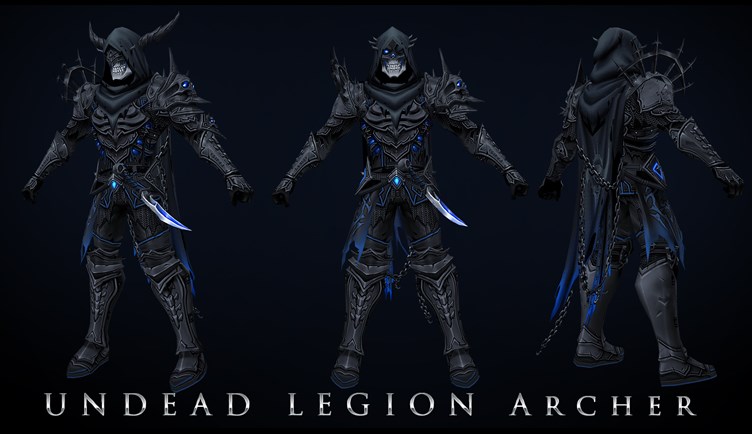 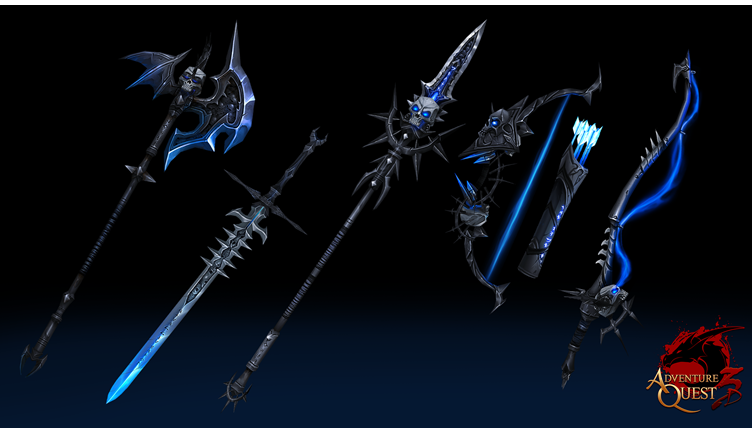 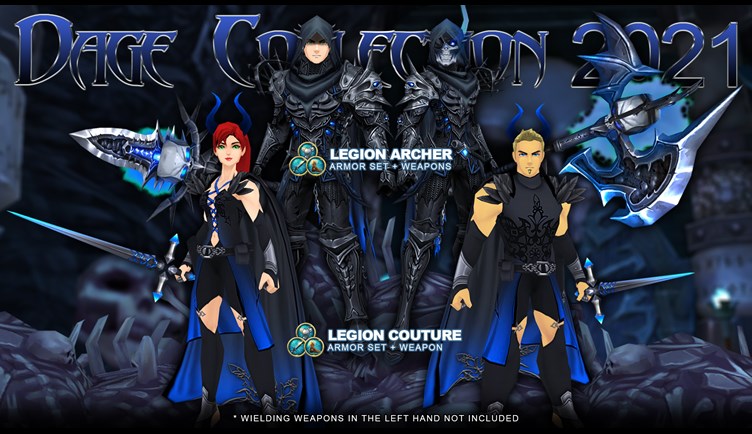 In between Dage's armors, robes, and giant spiders... you will also find Couture clothes design by Winnie at player request. 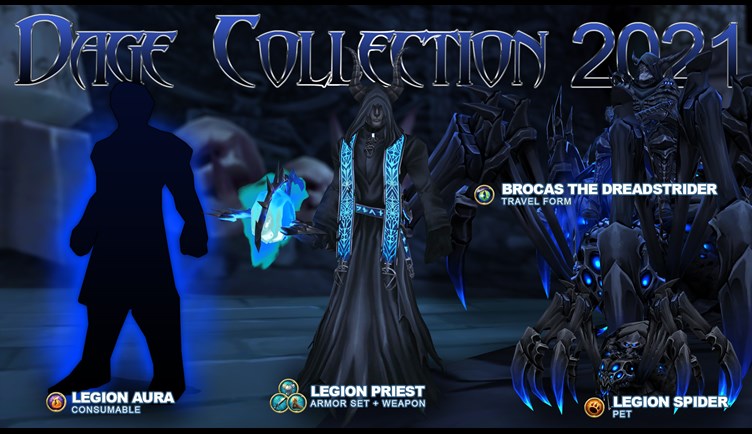 Use the aura potion will give you a Legion-blue glow for 30 minutes. The Legion Priest set includes a hooded horned mask and a glowing blue skull staff. The center piece of this collection is the MASSIVE Dreadstrider travel form and spider pet. When they originally put the Dreadstrider travel form in the game Dage said, "BIGGER!". Then they made it bigger. Dage looked at it again and said... "BIGGER!". That thing is huge. The jump has a lot of "weight" which feels pretty good considering the size of that thing's abdomen. The travel form by itself is nearly the price of the ENTIRE collection chest. It is probably the best deal we have had for a Dage collection yet. Along with this years collection... we built Legion vs Paladin assault even where you can earn even more gear. 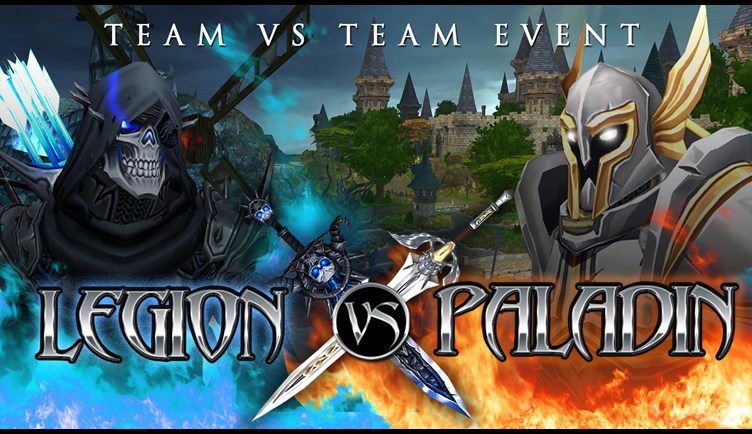 This release includes an all new team-vs-team event! Battle for the Undead Legion or Lionfang's Golden Order of Paladins. You can earn other dark pieces of Dage gear... and some shiny, goodie-two shoes Paladin stuff as well.

Dage's Underworld and his Arena of Souls

If you want to officially join the Legion, travel to Dage's Underworld using the portal or the travel button in your adventure menu. Once there you can battle through his saga and face the survival challenges. The Arena of Souls is the hardest challenge so far. Fight your way through an onslaught of terrifying minions and horrifying boss monsters to prove yourself worthy of being one of Dage's Legion. There are alternating waves of different types of monsters to fight through... skeletons, spiders, skeletal dragons... but it will be worth it for those loyal to the Legion. Dage will allow those who are victorious to craft Epic level Legion Heretic gear from his personal collection.

P.S. Last Chance for Frostval stuff. We'll be removing the Frost Labyrinth maps, Gift'thulu and its shop, and the Frost Siege until the snow returns in December. Revisit these maps for the last time until next Frostval.