Everyone's favorite black market vendor rode to town square with dragons. Lots and lots of Dragons. His cart is right at the entrance to town-- can't miss him. Also in the news, terrible footwear, the dreamer is now actually a bow, the Voidrakar will soon begin their attack, and also something about a secret order of people who worship shrubbery? 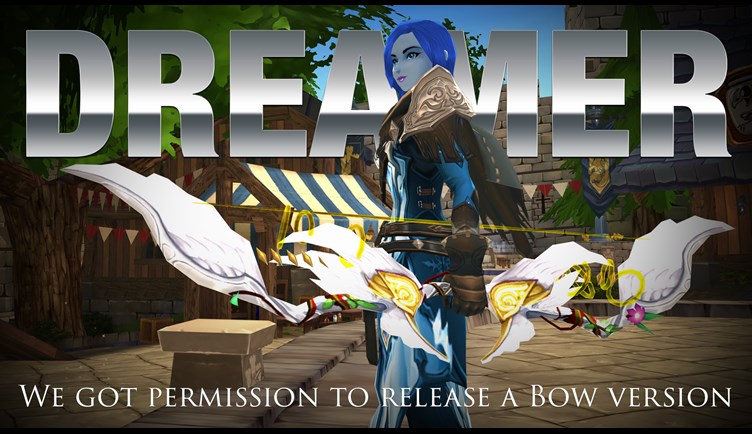 The Dreamer is now available as a real bow!

One of our awesome custom weapon tier Kickstarter backer, created a bow before long before we had real bows in the game XD A lot of people have been asking if it could be turned into a bow. Just so happened that last week, while hanging out in game I ran into the backer on Pointeless Isle. We talked about it and got permission to add a bow version. We are not changing the original version, because many people who possess that weapon wanted to keep it as is so they can equip it with any armor (not just Ranger.) Currently, the new version is available in the treasure chests. 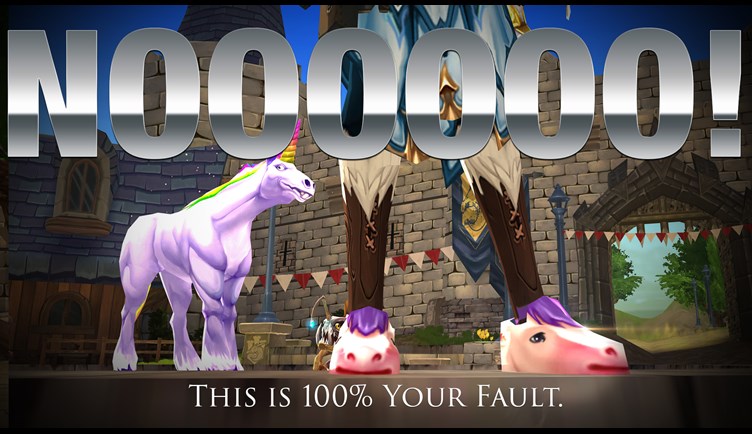 A Mythical Derpricon has been spotted in the social district. It appears randomly in between the Megalodons. This creature has a chance to drop some really.. uh.. stylish footwear. The pretty pink pony shoes were a constant recommendation to me on social media by a player eager to complete a full pony/brutralcorn set. When Winnie said in the artist chat on Monday, "I am open, need anything?" I immediately responded, "How do you feel about pony shoes?" When talking about game devs listening to their players... did anyone ever stop to ask, "should they?" XD 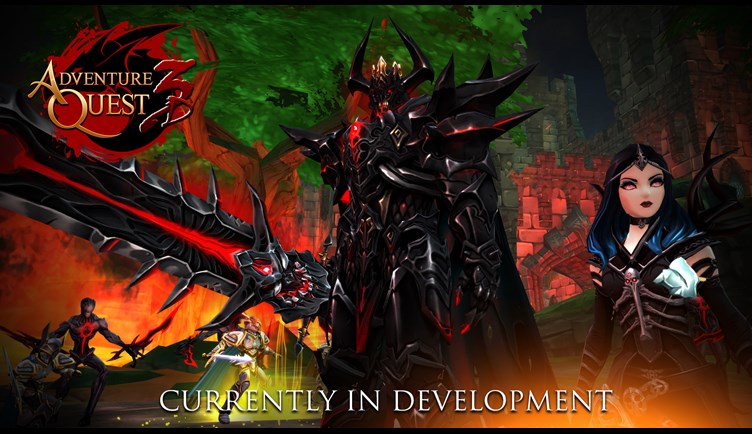 The Voidrakar have one goal... to wipe everything you know and love from ever existing. As they prepare their assault on our world, finding the correct words to describe them is challenging. They are not a legion, horde, nor an army. They are best described as a Host. The assault on Dragonwatch is currently in production. It is the missing chapter between your first encounter with Vane and the town of Battleon. 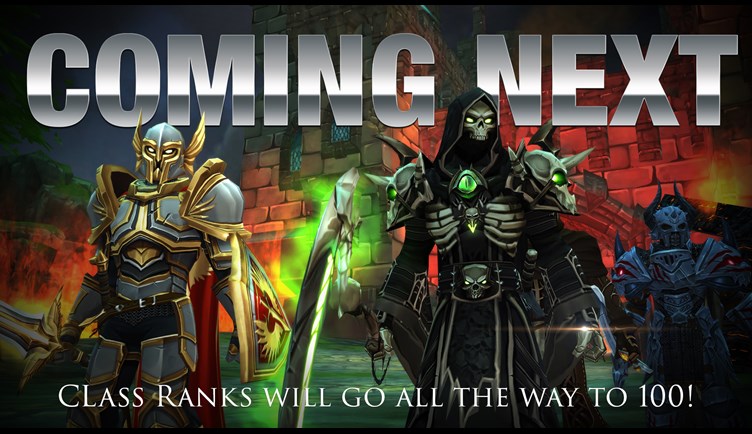 Thank you & Coming next!

Thanks for all of the bugs and issues you reported during testing of the new Class Rank system. We made all of the fixes and are currently testing newest version on the PTR. The new system allows all classes to continue ranking up all the way to 100... unlocking Legendary armors, items, and a title along the way. It is not meant to be a one sitting task. It is meant to passively reward you as you battle monsters with your favorite class. Our next release window is Tuesday. Keep your fingers crossed! Also, the new Fishing system is going up for testing this weekend on the PTR too! Combined with the Tower of Necromancy and the Pyramids of the Sandsea desert, we have some great stuff coming your way.

Finally... because I am so bad at keeping secrets. If Gaz is in town square. What is in that spot where he used to be? 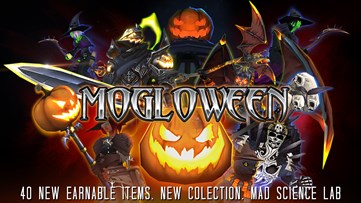 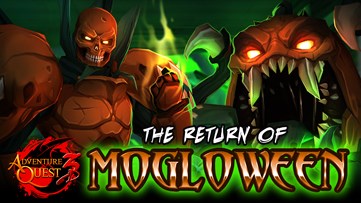 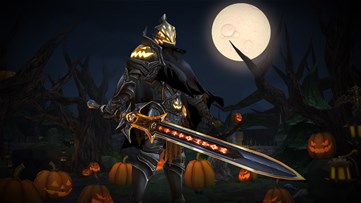 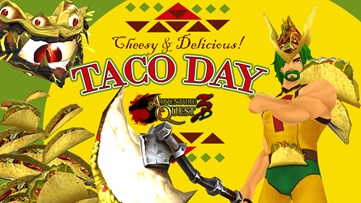