You are about to participate in our 1ST EVER WAR! Tomorrow is Friday the 13th, and at sundown, our trilogy of haunted events begins... starting with *gulps* "Camp Gonnagetcha." An all out war has erupted between the Frogzard and Dricken cabins. Choose a side and help them fill their war meter up to 100% before the other camp-- unlocking a perma rare back flag prize with the winning cabin's logo. PERMA RARE!? Yes... because unlike Shrade, cabins at Camp Gonnagetcha NEVER come back. *play scary music in your mind here accompanied by evil laugher* Also, reaching 100% will unlock Mogloween. 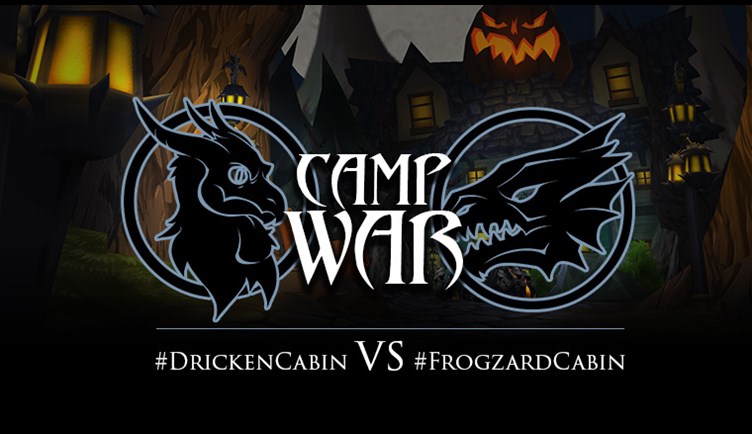 "War, good god, what is it good for? Absolutely... PERMA-RARE PRIZES & MOGLOWEEN!"

So how will this war work? Upon entering Camp Gonnagetcha you will notice two meters at the top of the screen. Veteran players of our previous games will quickly point out that these are war meters. When the event starts, they will be empty. Your mission? To fill up your sides war meter to 100% first! How? Collect and turn in War Badges, complete the quest, to your side's camp councilor.  These War Badges drop off of every monster around the camp.

So you want to be caught dead wearing some stylish Camp Gonnagetcha shorts armor? Maybe a badge sash, a official camping hat, or some super smexy high socks? Well, good news camper! Every time you turn in those War Badges for your side, you are going to get a crafting item to make them with! The Dricken and Frogzard cabins have a few different items... so you might want to check out what they have before joining up. Although, you could just go buy it from the enemy camp-- traitor >_<.

OK... it is technically possible that both sides might hit 100% at the exact same time. This is unbelievably unlikely. But if it were to happen, we would be forced to release both perma-rare items instead of one. The impact on our story line next Friday the 13th would be catastrophic. 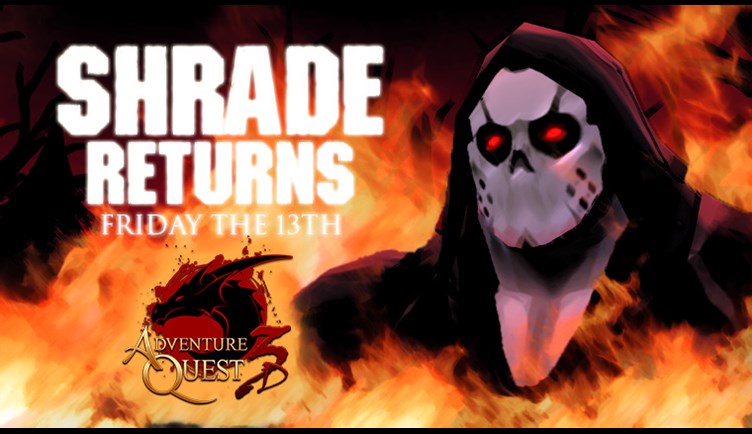 Ready for the sequel? Last we saw psychotic, monstrous, machete wielding hockey fan he brought an army of the dead to our home town of Battleon. Now he has been spotted creeping up behind unsuspecting campers at Camp Gonnagetcha. Only you can stop him.... probably. Perhaps clues scattered around the camp will reveal this mysterious figure's history. Much like his curse... many of his item drops are returning-- and a few BRAND NEW ones worth dying for.

Smokey the Octobear says, "Remember, only you can prevent B-horror franchises."

BONUS! Originally, Camp Gonnagetcha was intended to be strictly a war map with a side of Shrade pinata. But Cysero and I (Artix) wrote you a little Shrade cutscene filled story. If only you had seen the look on Dage's face when we asked him if he could make us a towel armor for it. Because... how could we do this without some sort of shower scene reference? O_O 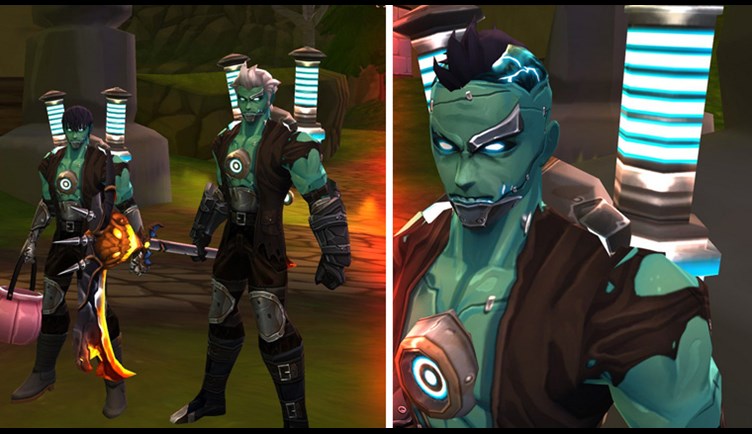 We have a ton of new items going live with tomorrow's release-- including the Mogloween 2017 Collection. I know, I know... it feels too early to have another collection already. We agree. Preferably, this is something we would do once a quarter. But Talk Like a Pirate Day and Mogloween are always going to collide every year. And this year in particular, it is Mogloween, our 15th Anniversary, AND Friday the 13th it seems reasonable that there are players who are going to want to get everything while saving inventory space. This will include the Skeleton and Chibi Skeleton travel forms. But JUST to make sure everyone feels loved... Dage made a brand new full Pumpkinmancer (working title, it has not been named yet but it looks wicked) armor set that EVERYONE can earn from this years Mogloween. Not to mention all of the other amazing rewards coming with from Camp Gonnagetcha, Mogloween and Darkovia.

Also, Guardians... I think you are going to love being a pumpkin.