Greetings friends! We are getting ready to release the first phase of Guilds in AdventureQuest 3D. Here is everything you need to know... 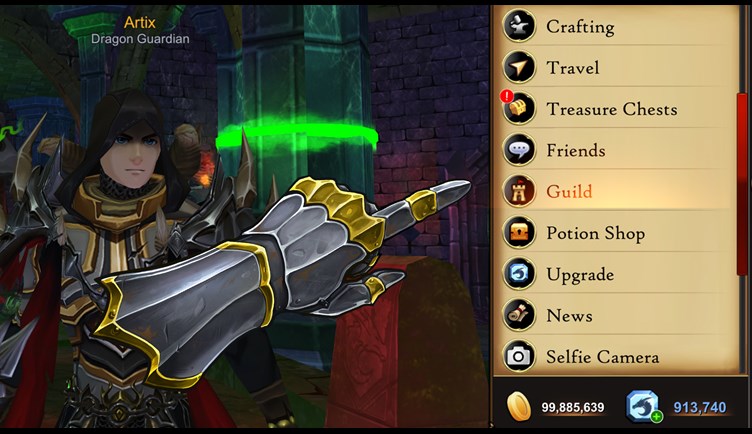 About Phase 1 of Guilds

The first phase of guilds introduces a foundation that we will continue to build on. Top features include cross server guild chat and quick transportation to your guild members. 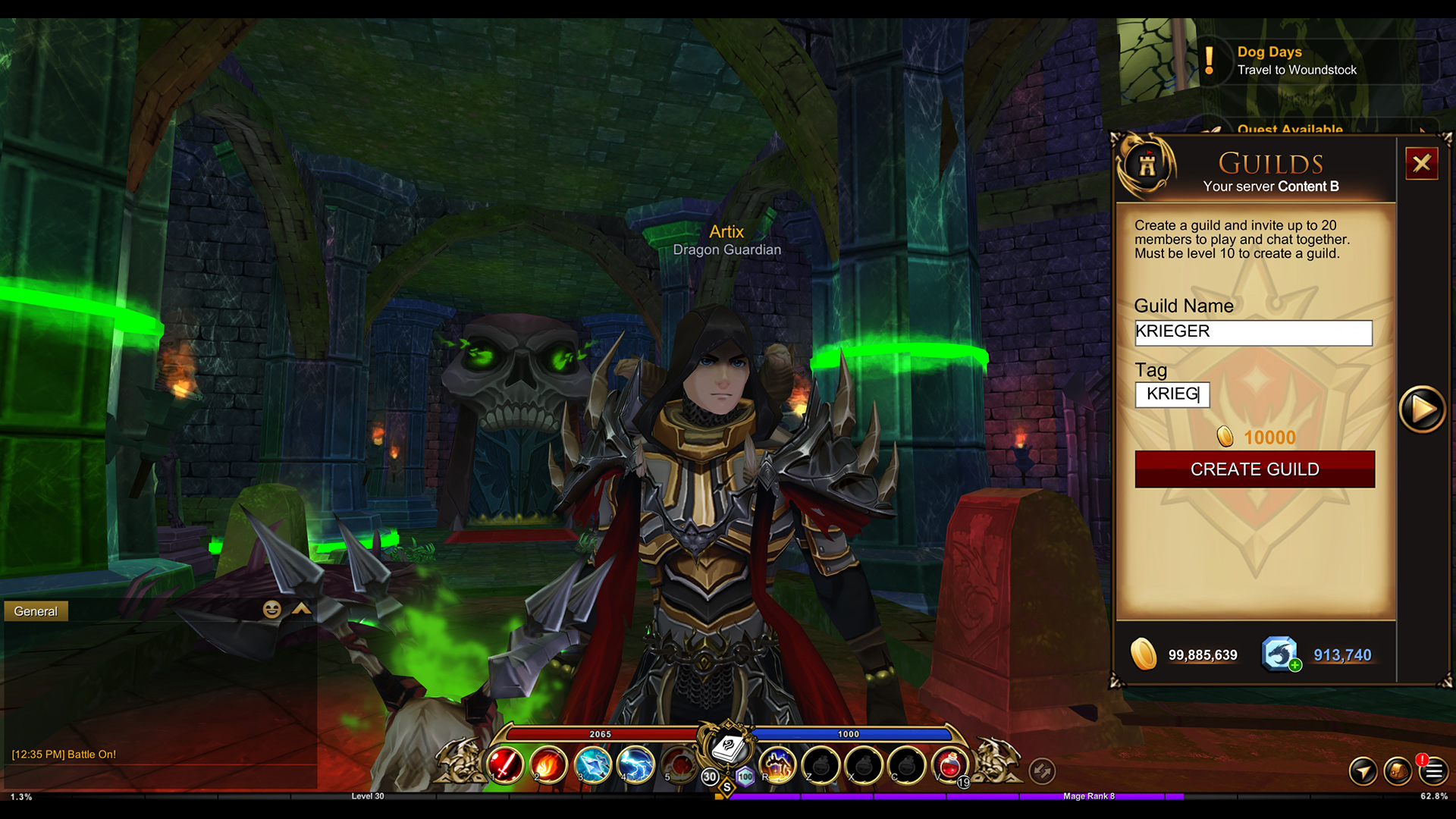 Ultimately, every player will be able to create a guild from the new Guild section of their main menu. For this initial release, we are granting early access to Guardians. Allowing Guardians to create guilds first solves a few issues-- it rewards them for keeping our servers online, allows them to secure their guild names, and also creates a smaller number of guilds so that we can better address bugs and problems. 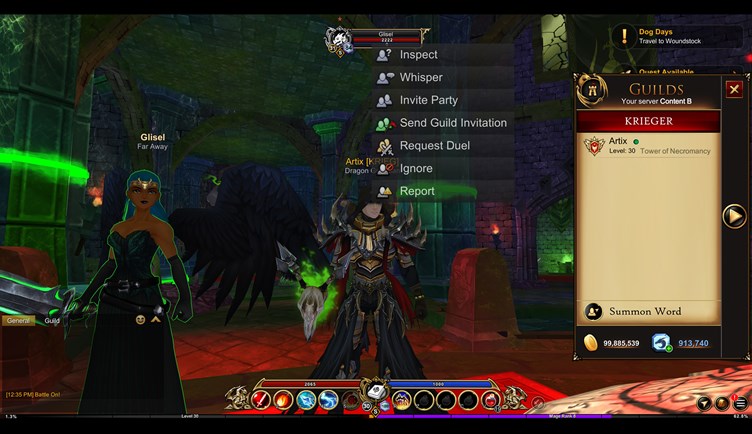 Any guild leader or officer can invite you to join their guild. Simply hit accept. Once you are a member of the guild, you will see the guild tag next to your name. You will also be able to access guild chat and talk to your guildmates... even if they are on different servers. We added a tab in your chat box just for guild talk. Also, of course, we added a toggle switch to ignore guild invites in case someone gets spammy. 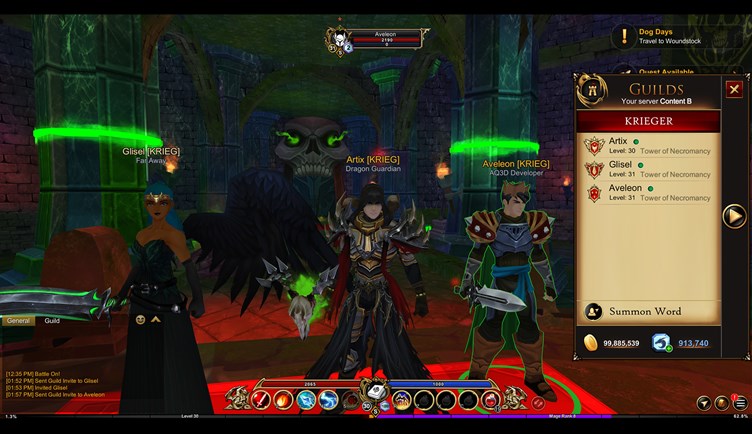 We are certainly going to be increasing the size of guilds in the future. You will need a larger guild to achieve some of the guild-wide tasks we have been planning. For this initial release, however, you will have a starting max guild size of 20 players. 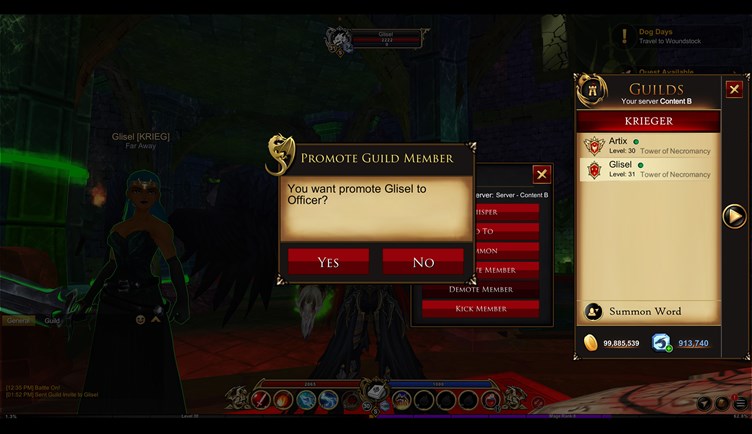 In this first release, Guild Leaders will be able to assign the roles of Members, Officers, and Leaders to members of the guild.

Leaving or Disbanding a Guild

Yup. It is easy. Members of a guild can leave at any time. There is no penalty. The leader of a guild can disband their guild. If you are a guild leader it will ask you to give the leader position to someone before you can leave. If you want to disband the guild, remove all of the members first and then leave... which will make the guild go POOF!

Guilds are launching soon... and then...

The first priority is creating a strong foundation for Guilds. Once we have done that, we will be able to add any number of features. (Some ideas include acquiring land and building a castle with your guild, PvP war with other guilds, and guild levels that come from working together on guild quests.) Long before that, we will fix whatever issues are discovered and introduce some vital (and currently missing functionality) from being able to rename your guild, assign more ranks to guild members, and all of the other things you soon desire.

We hope guilds make it easier to play with your friends. This is the most important goal of this new system.

Guilds: Phase 1 is being prepared to go live with the next major AdventureQuest 3D update. You can help test it on the PTR (testing server) now.