The Invasion Has Begun! 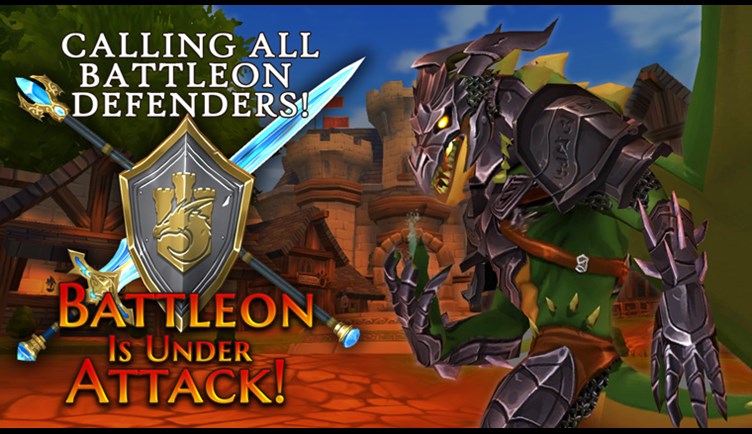 Dragonlord Talyn has had enough of your interference. Reports started coming in last week of an invasion force lead my dragons headed toward Battleon! It seems the reports were true.

The town is being overrun by the fastest and lightest soldiers in this invasion force but we can expect more to come.

Roland, a former adventurer (and some say Guardian), has lived in Battleon his whole life and doesn't plan on sitting back and watching the down go down without a fight. He needs YOU to join the Battleon Defenders and help protect Battleon! 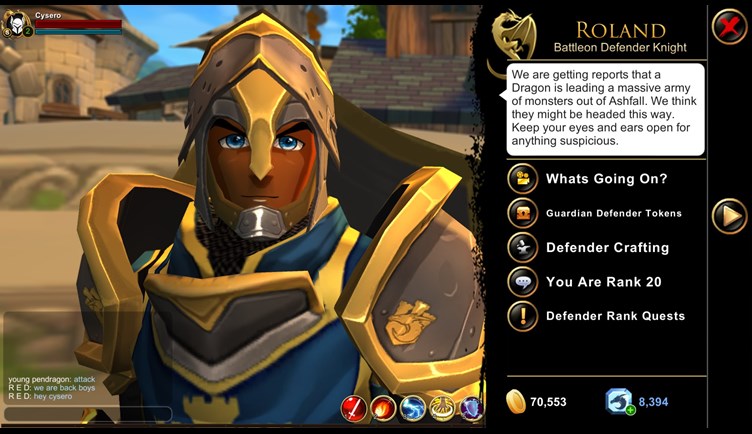 Guardians, you will also find special versions of the Guardian Blade, Armor a few new helm options and even an extra special treat at Rank 20, if you can make it there.

UPDATE: Apparently we made the Rank 20 shop unlock at Rank 19, so... you can get everything even faster! Lucky you! For fairness sake, we're keeping it there.

NOTE: This gear is NOT perma-rare. This is a one-time event BUT there will be other attacks on Battleon and you will see the Battleon Defenders (and their items) again in the future. 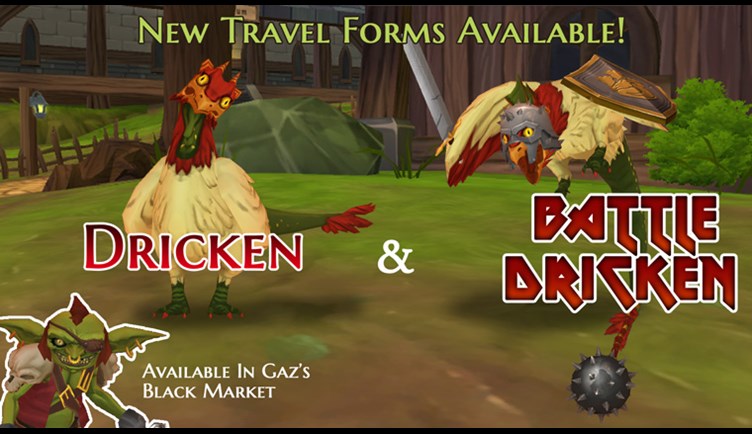 There are two new travel forms in Gaz's Black Market shop! The Dricken and Battle Dricken!

These forms are the same size as normal drickens so they may not be as bulky as the Elite Guardian Rider Travel Form but their smaller size makes it feel like you're moving twice as fast (their speed is 130% normal speed, the same as every other travel form so far).

You would not believe the high volume of requests we've gotten for Dricken travel forms, going as far back as the Kickstarter. We're really pleased with how they came out. If you like going fast and laughing like a lunatic the whole time then these travel forms are for you!

NOTE: This gear is NOT perma-rare. The Red Dragon Travel Forms will return but not for about another year.

MEGACON CAPES FOR ALL! 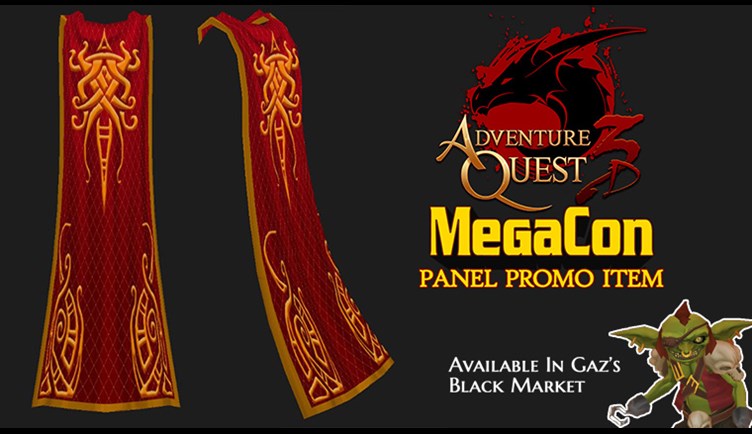 Gaz also has the Megacon Cape for sale.

We know that not everyone can make it to the conventions to get the promo items we often release so, instead of making this one exclusive, we decided to try something different.

Everyone who goes to see Artix at the MegaCon AQ3D Panel this weekend in Orlando will receive the cape for FREE... however, Gaz "found" a few extras and he is more than happy to give you one for a modest finders fee, so nobody has to miss out on this handsome back item.

Artix, Stryche and PanicPop will be there talking about AQ3D, spilling development secrets and answering those questions that only the bravest con-goers can ask.

NOTE: This gear is NOT perma-rare. This cape will return every time we have a MegaCon panel, or possibly even during years when we cannot attend.