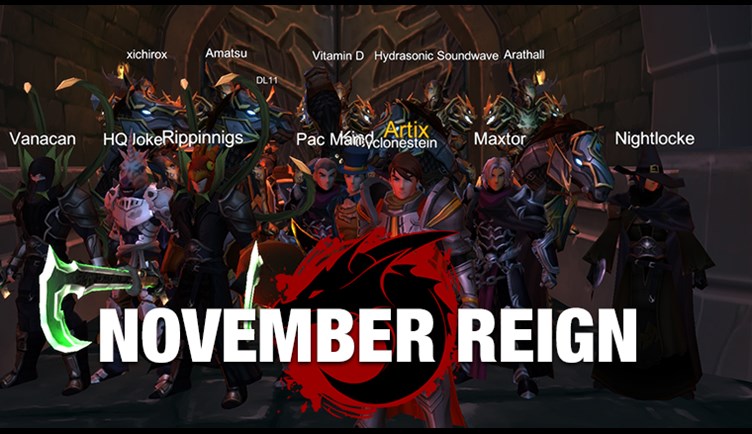 Artix's top secret November Developer Diary for AdventureQuest 3D! Lovingly rewritten... after the "back button incident of 2016." After 10+ years of writing design notes posts you would think I would remember to save in the middle of writing a crazy huge post. [hits save] But that was not the case this week where literally the moment I finished writing the final word... [hits save] I accidentally hit the side button on my mouse-- [hits save] which Firefox apparently has key bound to "BACK." [hits save] Which instantly and irreversibly disintegrated the post into the endlessly nothing filled void. [hits save] Not going to happen again! [hits save]

* Diary, not Dairy... in case you are also lactose intolerant.

Features in the next Release

Want to skip reading? Just watch my the video I posted on Facebook starring Post It Notes!

Early next week we will be releasing a new version of the game with... 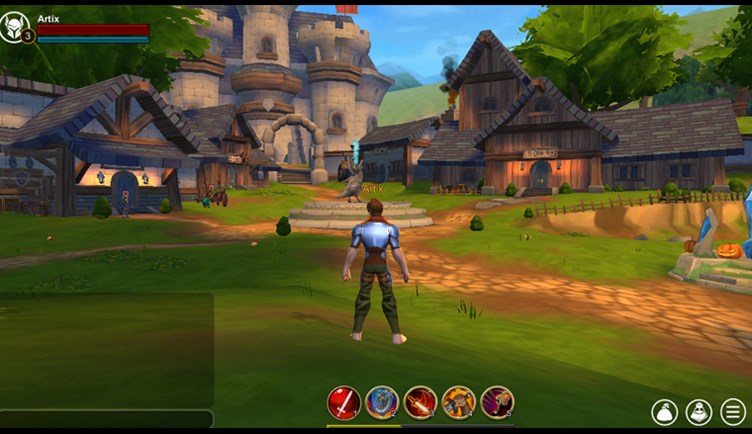 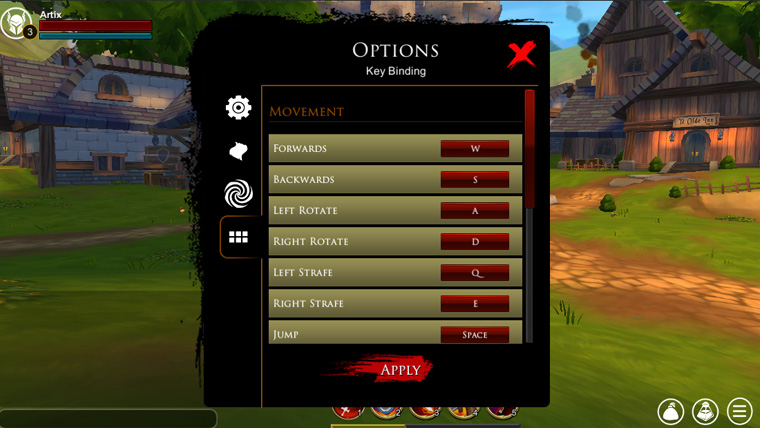 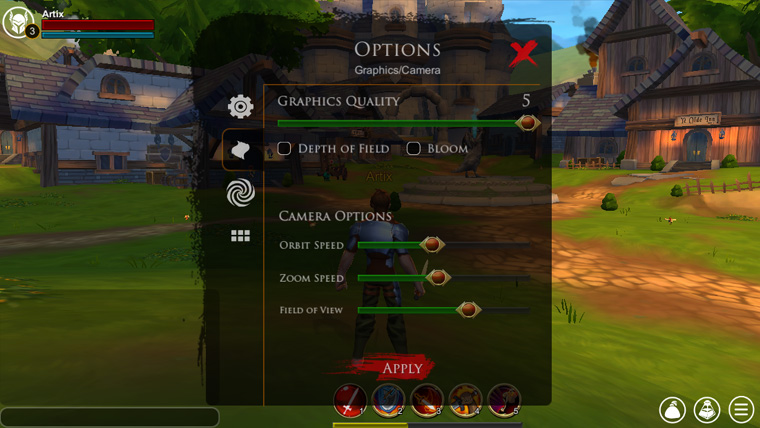 The Acevorah
Remember that Monster Design contest we had nearly 4 years ago during our 1st go at AdventureQuest 3D? The one were the winner got their monster modeled in 3D and added to the game? YUP! We are making good on that promise! The winner, Vypie, is at long last getting his original monster creation, the Acevorah, added to the game. Yergen has just finished the first pass on a special zone for it... which will be level 8-ish at launch, but will get a "scaling" version when the ability to scale certain zones becomes available. 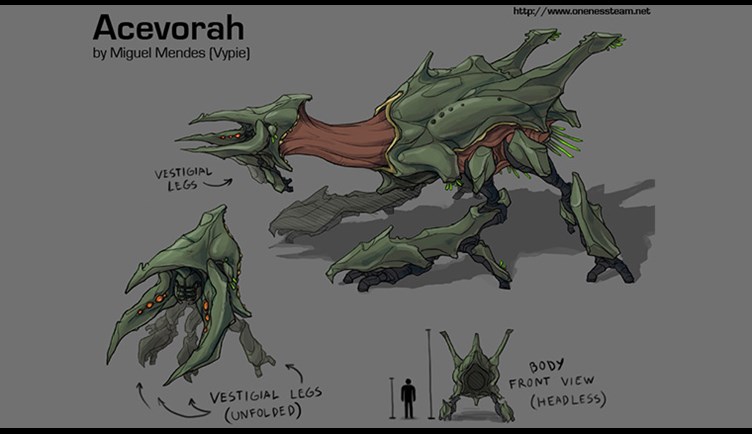 "November Reign of Fire!"
The Dragon infested volcanic region is in the "heat" of development. 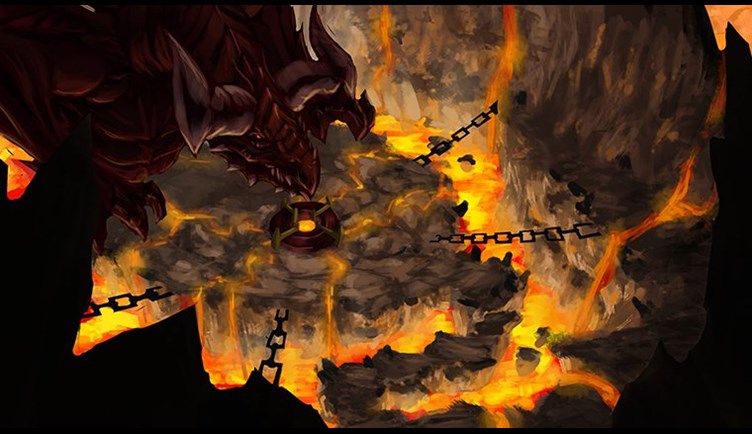 Contrary to what many think, not all Dragons are evil. Except Evil Dragons. Or, evil people trying to control evil dragons... 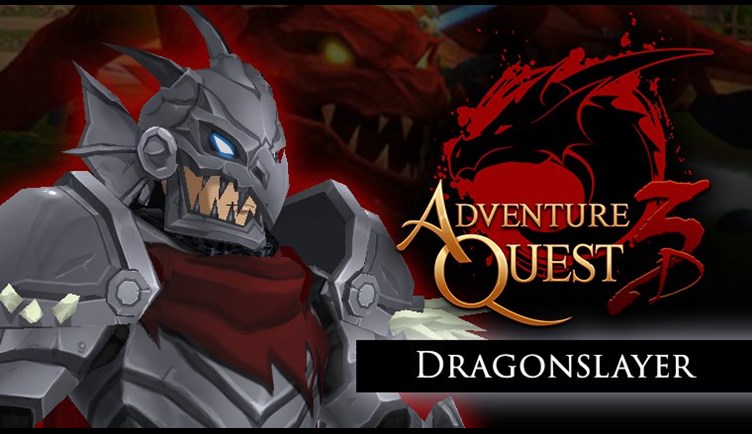 "White Box" of the new area in progress.

When we design a new area, we start with an un-texture "White Box" version. We can walk around and make changes. Why is this important? Well for starters, this map has a TON of bridges and ledges where you can fall into the lava. The tight paths pose a problem because it is so densely packed with monsters... no one wants to fight every three steps. So our current plan is to make this explorable area populated with less intelligent monsters that are non-aggro, but have bigger and flying monsters just off the path that will aggro if you are not careful of where you step.

Kickstarter "Custom Weapon Designers"
Moving right along, we will be delivering the first custom weapons from our Kickstarter campaign near the end of the month. On Zhoom's priority list is adding "costume equip slots" which we wan to have ready along with this. Custom NPCs willl come next. Then, after the Volcanic zone, will be the Mystical Grove (Shaman focused) and the Dragon's Graveyard (Necromancer focused) areas which were design by our World Builder Backers.

Questing System Make Over (Greenguard Forest first!)
Remember when we did a makeover on our JRPG-style dialog cutscenes? Our questing system is getting a make-over! While most of the changes will improve the entire game, some of the specific ones require us to revisit each map and improve them. We choose to start with Greenguard forest since it literally features one of every type of quest. Here are some of the things we are improving: 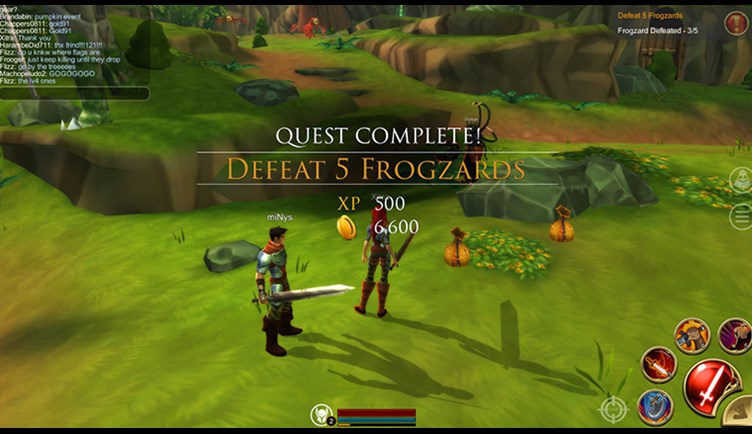 I like the idea of using the icons more. 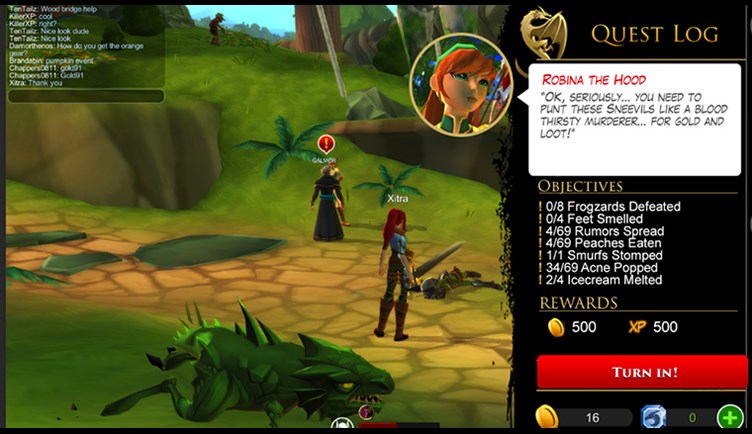 Robina is in a circle above, but it is just a graphic not a moving character. We are going to try loading the character as an entire 3D model which will be moving... so it might actually be a square (because cameras are square... and the performance hit of projecting the 3D model on a circular object might excessive for mobile. TRANSLATED: Robina might be in a box instead of a circle... and moving.) 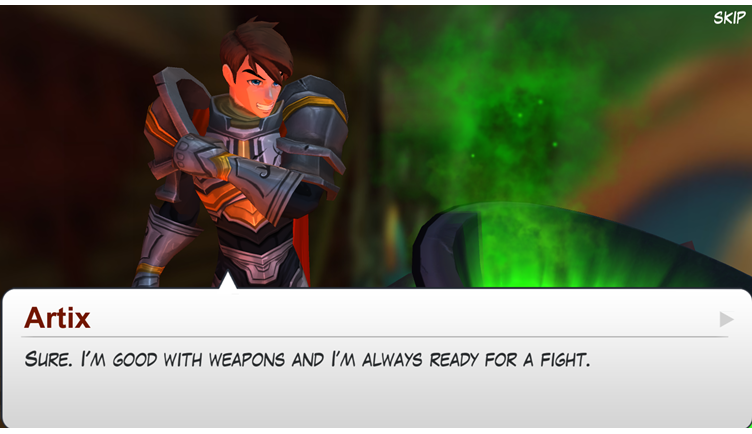 The #1 thing we MUST do before we launch is making a game trailer!

"Huh? What do you mean we already launched Open Beta? DOH!"

Over this weekend, I will *gulps* be making a new game trailer for AdventureQuest 3D. I will be in game recording footage, so if you happen to be on at the same time and see me, please do show off your coolest moves :D I would really like to make 2 trailers... one "normal" one... because that is what our marketing guy keeps telling me to do. Then, for me, I want to make a really weird... or funny... or ideally both O_O If you have any ideas for cool shots, please let me know in the comments section below!

Previous Trailers I worked on >_>

I feel like the last "Mogloween Trailer" was my best. It was really different from previous ones where I went for over the top hit sounds with a side of cheese. Would love your input as I work on the next one. For the "joke" one, what do you think about doing an "Honest Game Trailer" type thing? I know someone who can voice it.  One complete, we will be putting these new trailers on Steam, The Apple Store, and Android Store, YouTube, and pretty much everywhere else. (Translated: "They better not be terrible Artix!")