At the request of our testers, and by a unanimous vote by our team, we are pushing back the release dates to allow for more testing. Please see the updated schedule below. 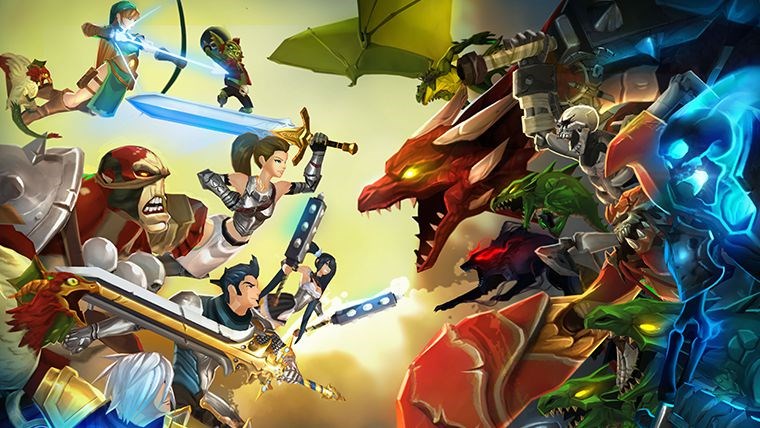 Like its predecessors, AdventureQuest 3D is a contentiously evolving world. Our online community's success formula is to grow the game under your feet while you play it.

This is an official announcement for our next major content patch, the release of the Android version and the start dates for Closed and Open Beta!

There are 11 new dungeons coming with this next release. This will give us two dungeons per over-world area. OK, technically the Nightlocke Dungeon is one giant dungeon with three entrances... but we are counting it as 3.  The highlight of the release is Shatterskull Tower, lair of the Death Knight in DoomWood.

Due to the big changes in the exp curve and the way items are now obtained, we were all bracing for a character reset before the start of Open Beta... BUT... SURPRISE! You get to keep your stuff! (Weapons, Armor, Helms, Gloves, Belts, Boots, and back items.) This is awesome, and a huge win for everyone participating in early access. Weapons, armor and items are now MUCH harder to obtain in game. So if you got them now, you have a major advantage (and some serious bragging rights). As we leave Pre-Beta we will only be resetting your level back to 1 and your gold to 0. What is the catch? Well, you will have all your gear, but will have to level up to use it. A wise gamer would best guess on what gear would be useful to them at all phases of their journey in the Open Beta. Oh, you will be happy to know we are resetting the quests too-- because quests are by far the fastest way for you to earn experience. BONUS: You will earn the Pre-Beta Badge on your character page for your participation in this.

Cysero Note: Most item stats, levels and prices will be changing.

Artix Note: Vendor Trash / Junk Items will be destroyed. Only items you can equip or actually use will remain.

If you are one of the many players anxious  to play AdventureQuest 3D from your phone or tablet, then this is the news you have been waiting for. If you played in the BioBeasts Android Beta, then you might already be familiar with how this works. During the testing, you will not be able to find the app on the Android app store. Nope. You will be required to join a special Google G+ group which will give you secret access to the testing version of the app. Do not worry, we will have good instructions for you.

When will iPhone/iPad be available?

VERY SOON! Why not launch at the same time? Well, Apple handles their testing differently than Android. There is no easy way for us to let a large number of testers on the Apple iPhone/iPad version. Also, updates can take as long as two weeks to get approved via Apple-- and that is scary for a game that needs to evolve and change as quickly as we will during this initial launch. (Note: Android lets us publish an update in an hour or less.) So the smart move is to let the Android version go first, get the bugs out, then release the Apple version shortly after-- you know, once all the core features are nice and stable. About 50% of the time you see me online, I am playing from my iPhone. If you are an iOS user too, I am eager to get this version in your hands too!

After speaking with Kickstarter Backers online, I wanted to make sure there was no confusion... this Beta release is NOT the finished game. (Seriously) Some rewards (classes and custom weapons) along side many of the most highly anticipated features of the game are still in development and will be released one at a time between now and the games actual LIVE LAUNCH in Fall/Winter. This includes Alpha Pirate class (The class is waiting on a really cool new feature, but we will make the armor available for you in Open Beta) and the other classes: Paladin, DragonSlayer, Necromancer, and Ninja. If you have been following our progress, then you know we are making significant changes to our existing classes and combat. Best we get the games core classes feeling right before we start releasing the more advanced ones.  The good news, is that you will receive many of your Backer rewards as Open Beta begins including armors, weapons, badges, potions, backpack space! ...and we have an additional little surprise coming for you too :D

We have known for a long time that this day would come. Unity announced that it was dropping support for the Web Player when they launched the new version of their editor. We need the new version of their editor to fix our remaining serious bugs. So we bid farewell to the Unity plugin-- but there is a silver lining to this dark cloud. The new WebGL (3D for the web with Javascript) might actually let us release a web version of AdventureQuest 3D that does not require a plugin at all!

A thing we used to do waaaaay back in DragonFable and AdventureQuest Worlds was a quick update of what everyone is working on at this moment. Thought you might enjoy if we continued that tradition right now.

Hold onto your helms!

Video game development is a pretty exciting roller coaster ride. We have come a long way in the past 6 months, and now the real party is about to begin. We are really fortunate that you are so supportive of the game and our team. Thank you for being a part of this. The "good new days" are here. (Especially when Zhoom finishes the code to let me live spawn monsters at will across every instance of an area, mwahahahaha!)