As you read this, your fellow players and I are at war against monsters.

We need your help!

Because the WAR METER at the top of the screen is game-wide!

Every server and every "Pointe Less Isle" across the game is sharing that exact same war meter...

Hop in the game. Do Annette's "fight things" quest on Pointe Less isle to score points and drive that meter forward for EVERYONE.

....and unlock all of the rewards along the way.

...including that epic-quality ice cream cone wand. (Did you think we were kidding?)

This is a weekend long event, so join us quick! 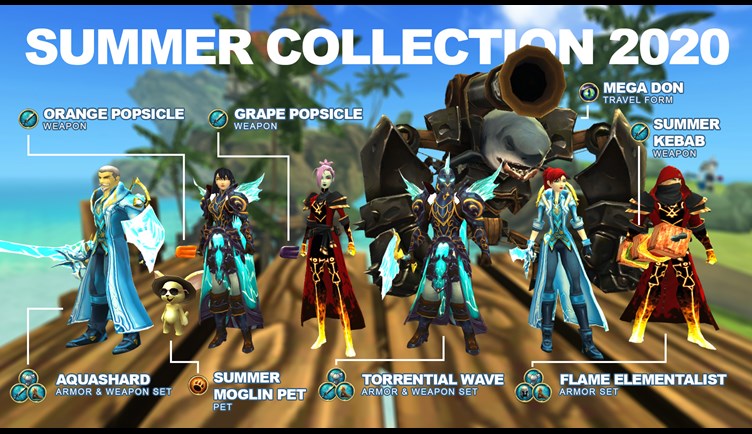 This collection is linked to the war!

As the war meter gets higher, these items will become available for you to buy.

Not just the DragonCrystal ones... there are items you can buy with gold too.

Sure, you can still buy the entire 2020 Summer Collection as a bundle, get a badge, title, free permanent storage for it, save a massive amount of

DragonCrystals, and unlock all of the items instantly. But wait, there's more! You will get the warm and fuzzy feeling of knowing you are making our regular releases possible-- including our upcoming bow class, Ranger. 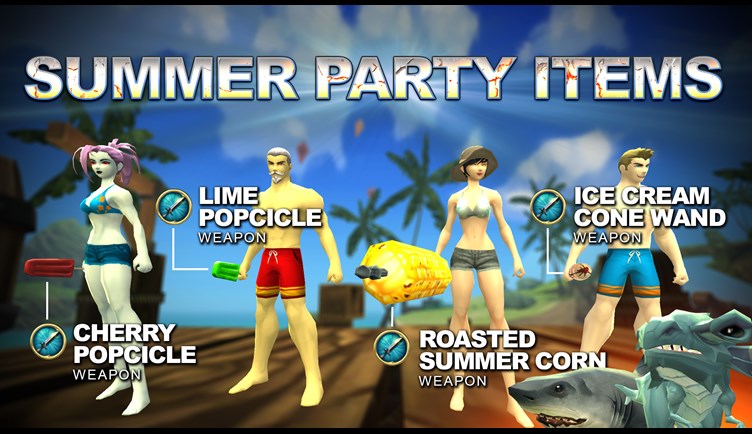 See you at the Summer War on Pointe Less Isle!

How do you get there? Head to town and talk to Annette. And watch out for sharks, giant crabs, and katana wielding Samurai shell fish.