"The smell of pumpkin spice fills the air... with a lil' whiff of taco."

As you read this, the fog has opened revealing a path to the haunted town of Mystcroft. Journey there and discover the haunted house, mad science lab, a graveyard of the walking dancing dead, and the best drops and shops of previous years. How to get there? Try chatting with the talking black cauldron that is in the center of our hometown. His name is Myx. 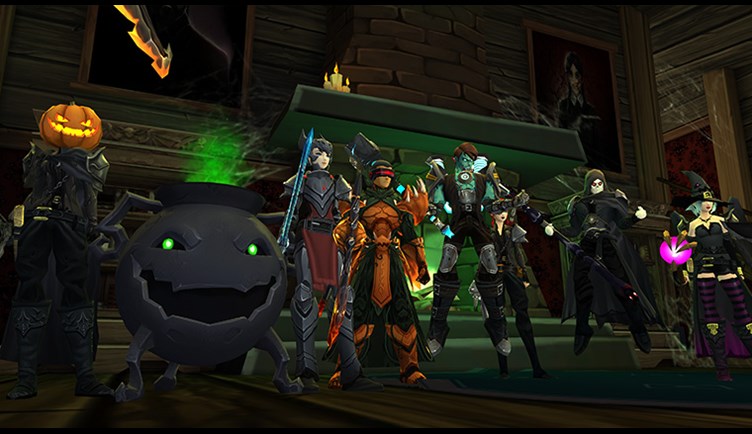 Meanwhile, in the social district of our hometown, the notoriously tenacious Tito Taco has returned for Taco Day! 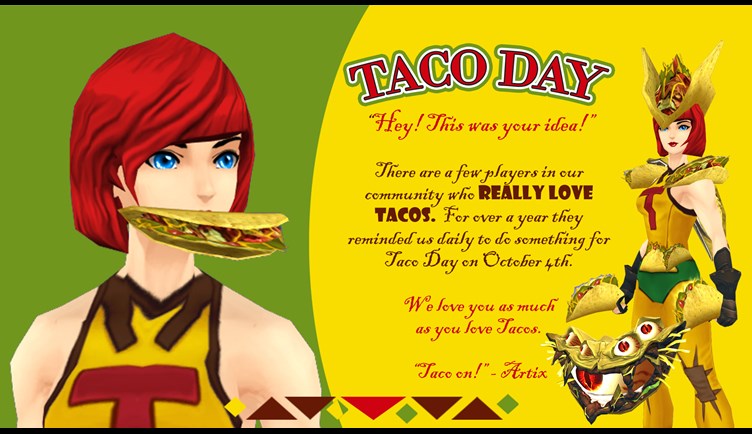 We are kicking off our dark and spooky October festivities early so that the team can focus on next week's major feature release-- team vs team PvP for all players! Receiving rave reviews from testers, our first match mode sends your team in to capture and hold locations. It is a lot of fun and the PvP rewards look awesome!

Every year, all the content from the previous years return... then, we add something new near the end of October. Here are some things you can do right now! 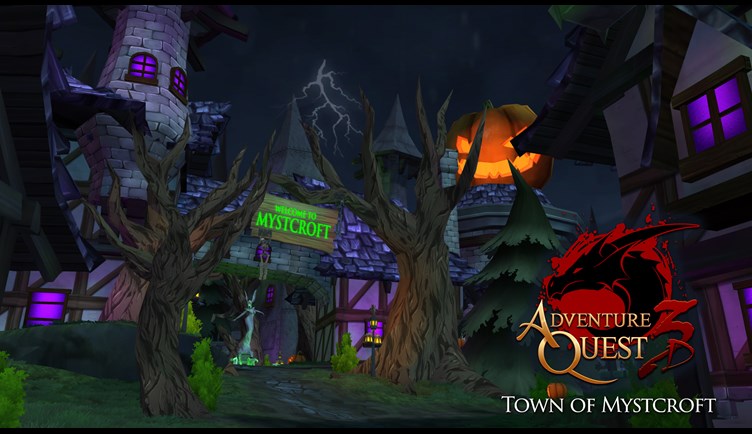 #1 Town of Mystcroft
Talk to Myx the black cauldron to travel to this spookalicious town. 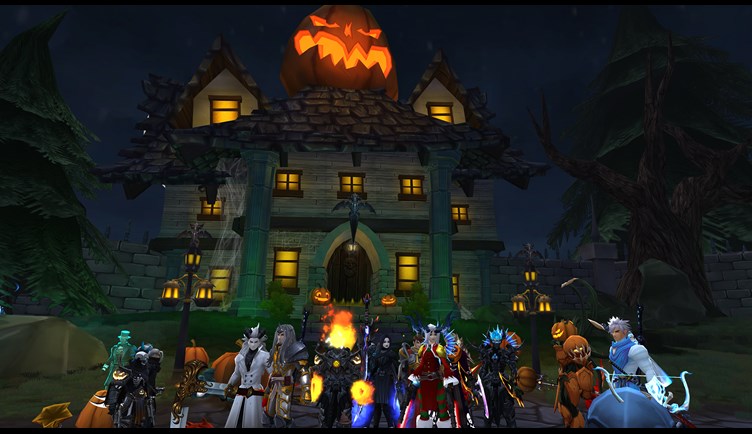 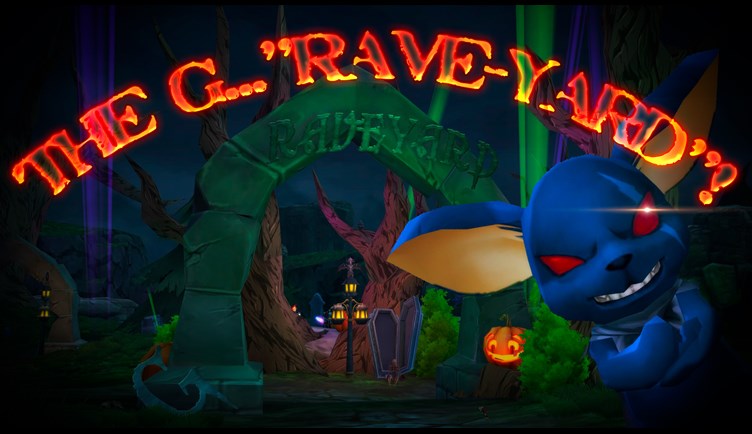 #3 G'Rave Yard
An 100% ebil moglin is either having a dance party, or unleashing an undead invasion. Either way, you better check it out. 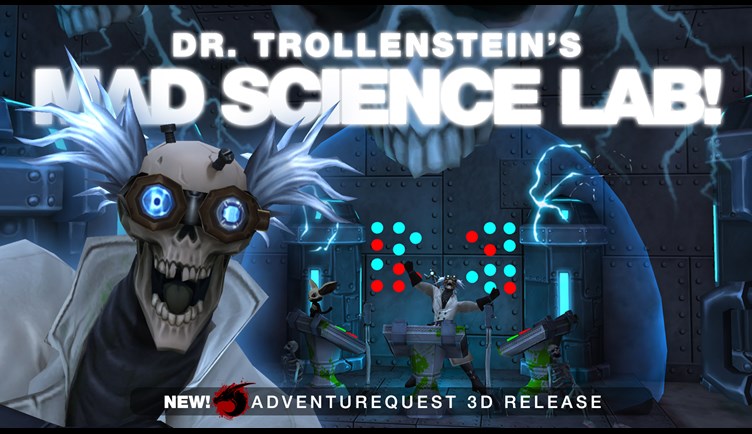 #4 Mad Science Lab
Dr. Trollenstein is dying to have you come to his Laboratory for a free check up! There's loads of fun and a comparably high survival rate to his last lab. 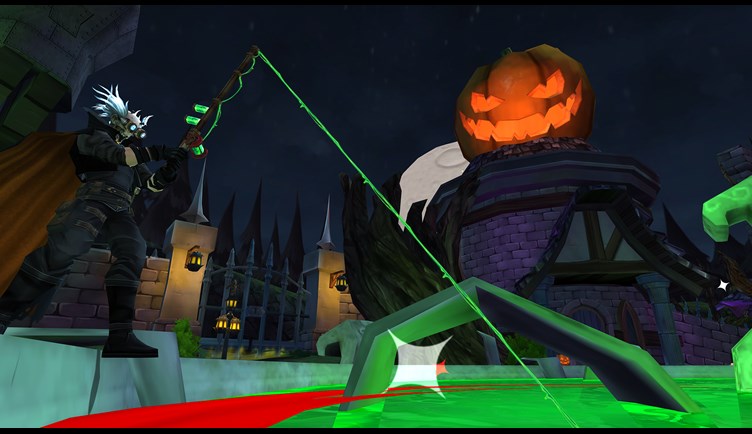 #5 Mystcroft Fishing
Those slime pools are not going to fish themselves. Catch some spooktastic fish. 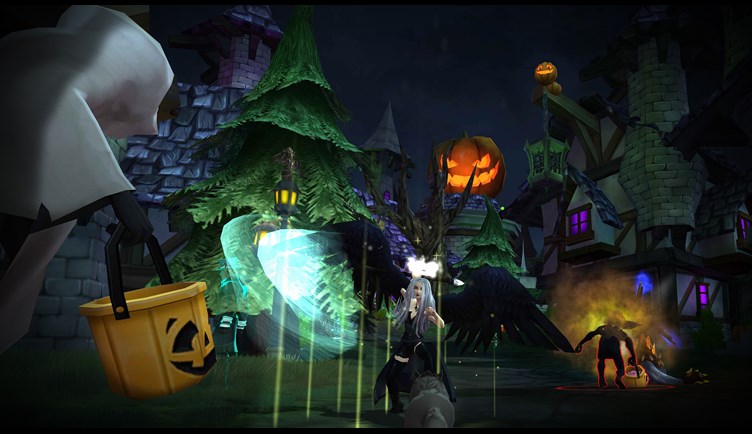 #6 Trick or Treating
Trick or treat! Acquire the sugary goodness from knocking on doors, slaying the various ghouls and ghosts, or completing quests. Once you've collected enough, you can trade it in for bigger and better treats! 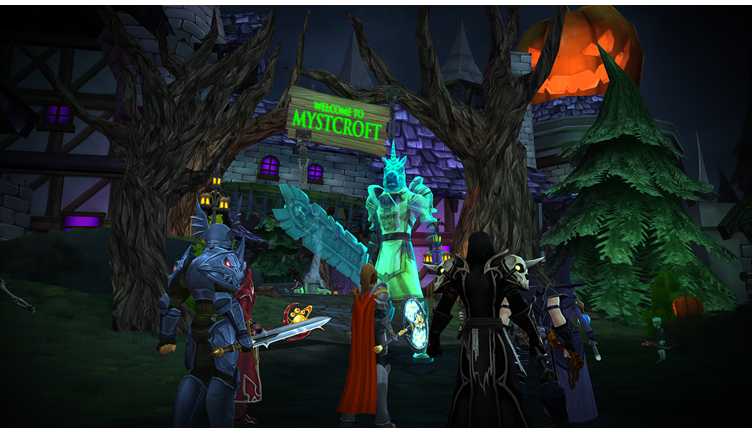 #7 Boo-talcorn
"Why ya ghost'n me, brah?"
Be on the lookout for this rare spawn mini-boss monster. 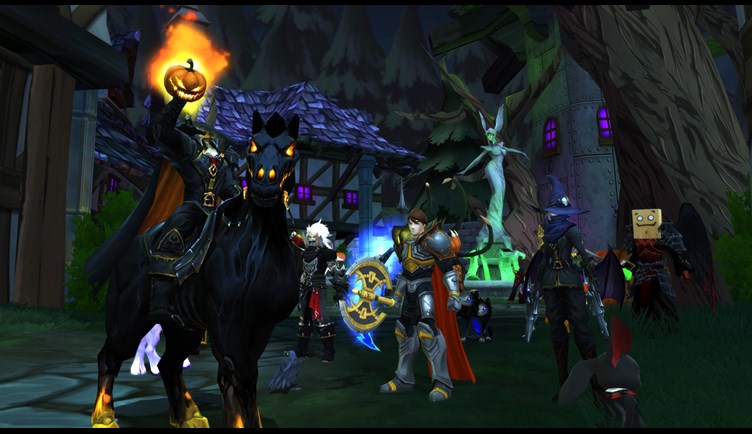 #8 The Headless Horseman of Mystcroft
No longer the head of his class, but somehow still a head above the rest. This rare spawn mini-boss is also located in Mystcroft. 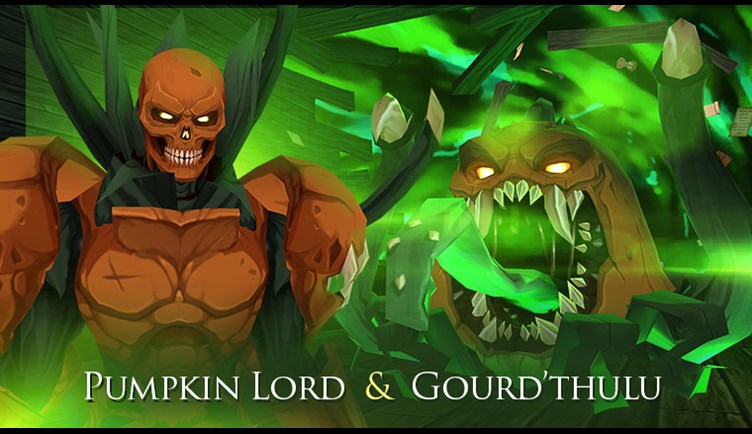 #9 Gourd’thulu
If someone had told Charlie Brown he was summoning a C’thulian ancient one, he probably would have stayed clear of that pumpkin patch. Battle this epic boss in the most dangerous wing of the Haunted House. 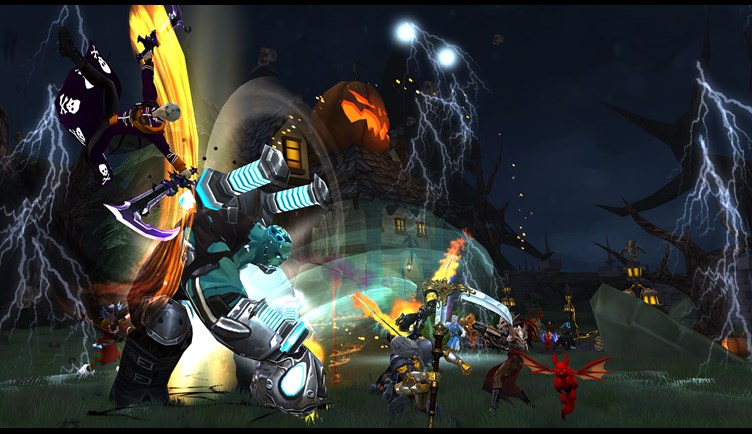 "It's alive! It's aliiiive!" Battle this world boss which sometimes spawns outside the haunted house. Remember, Trollenstein is the name of the scientist, not the monster. Which is extra confusing since the monster is clearly a Trolluk Golem and the scientist is not a Trolluk. Weird O_O 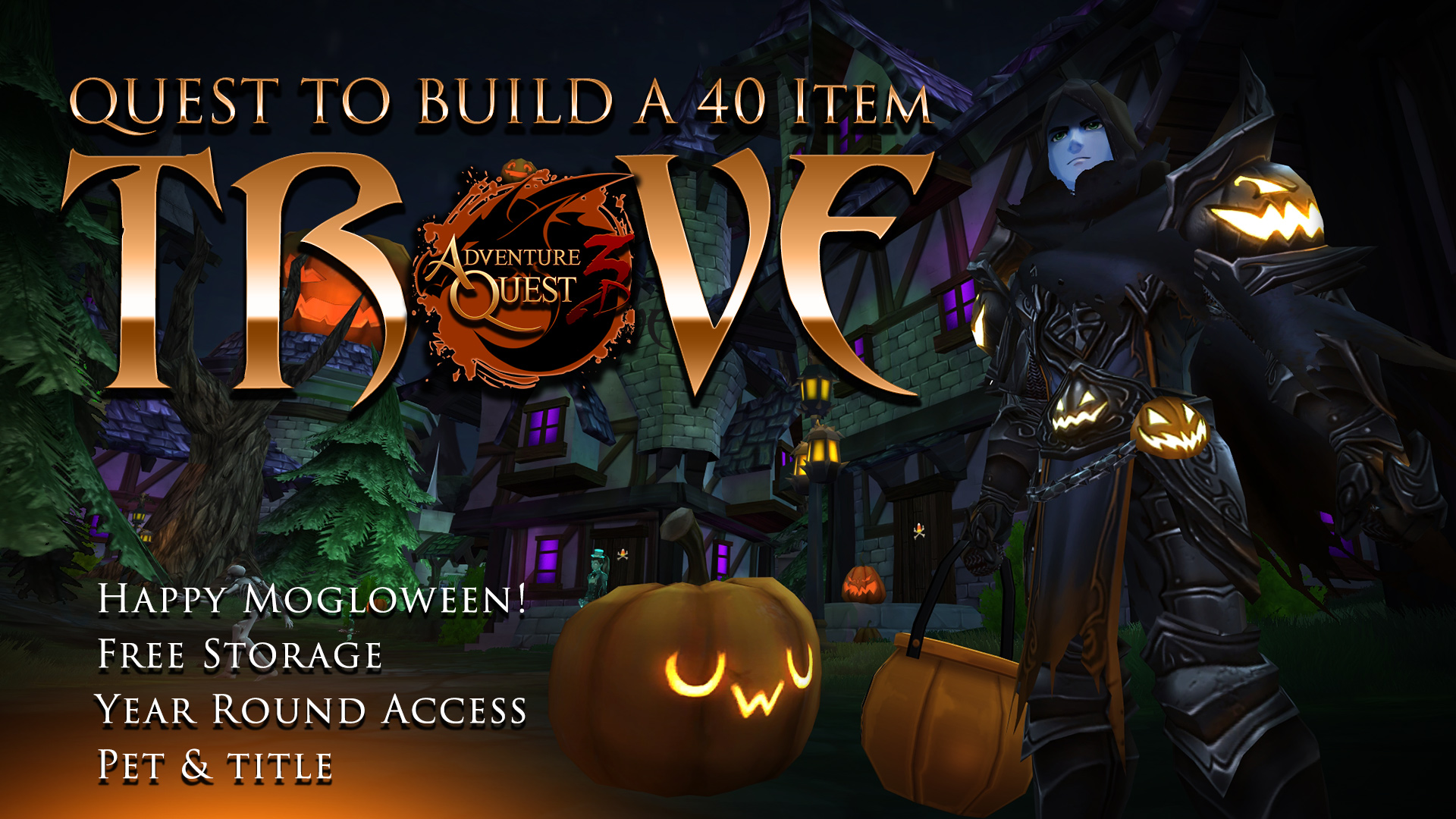 Speak to Mayor Mc'Pumpkin to start your very own Mogloween Trove. It is a free collection which you build by turning in items.... and includes your very own UwU Pumpkin Pet! 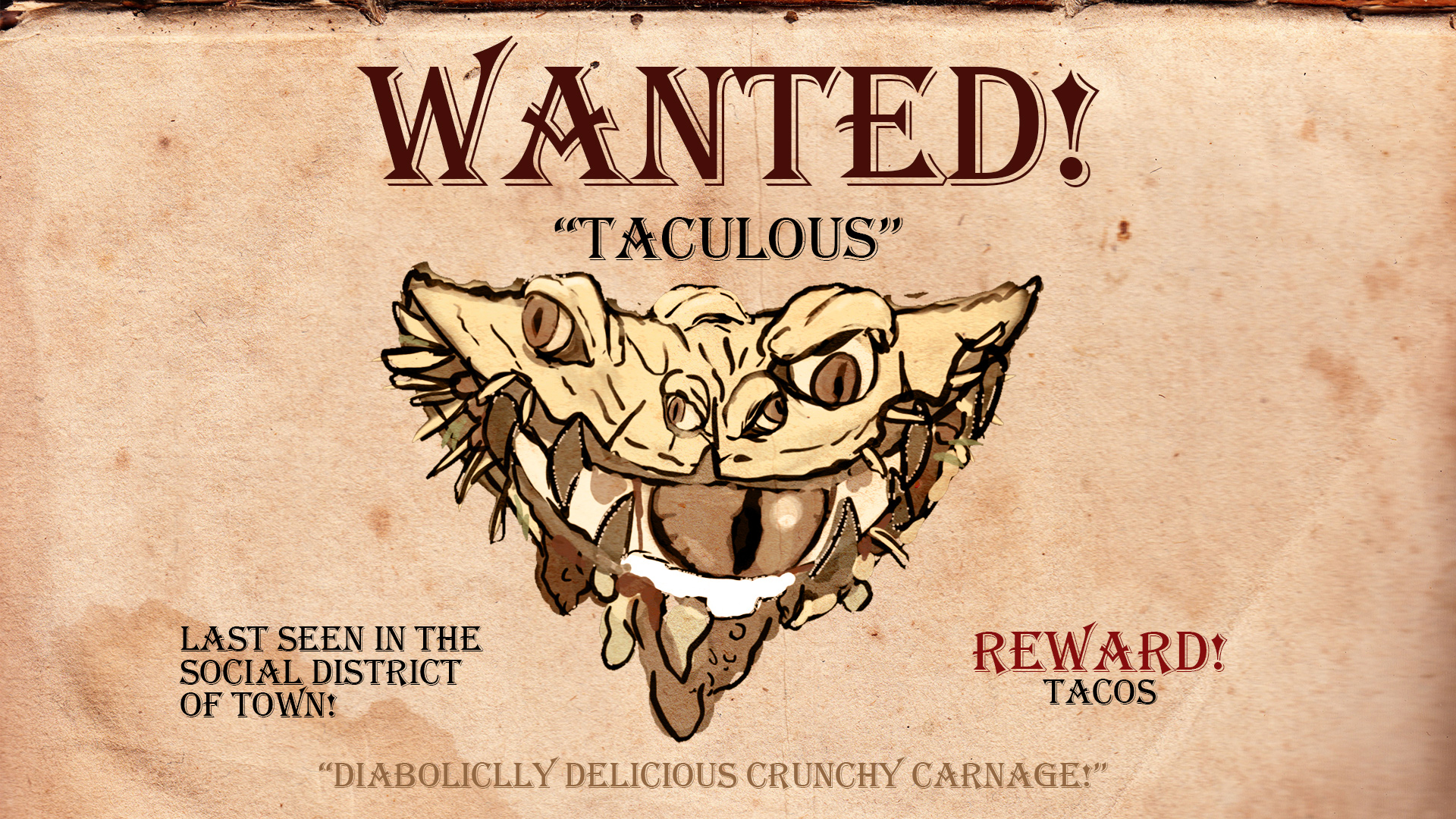 Tito the terrific, tenacious taco enthusiast is now back in the Social District. He's waiting to teach you how to make tacos for Taco Day. These tacos are more than just delicious crunchy goodness, they are... money. You can trade them in for items in the Taco Day Shop! 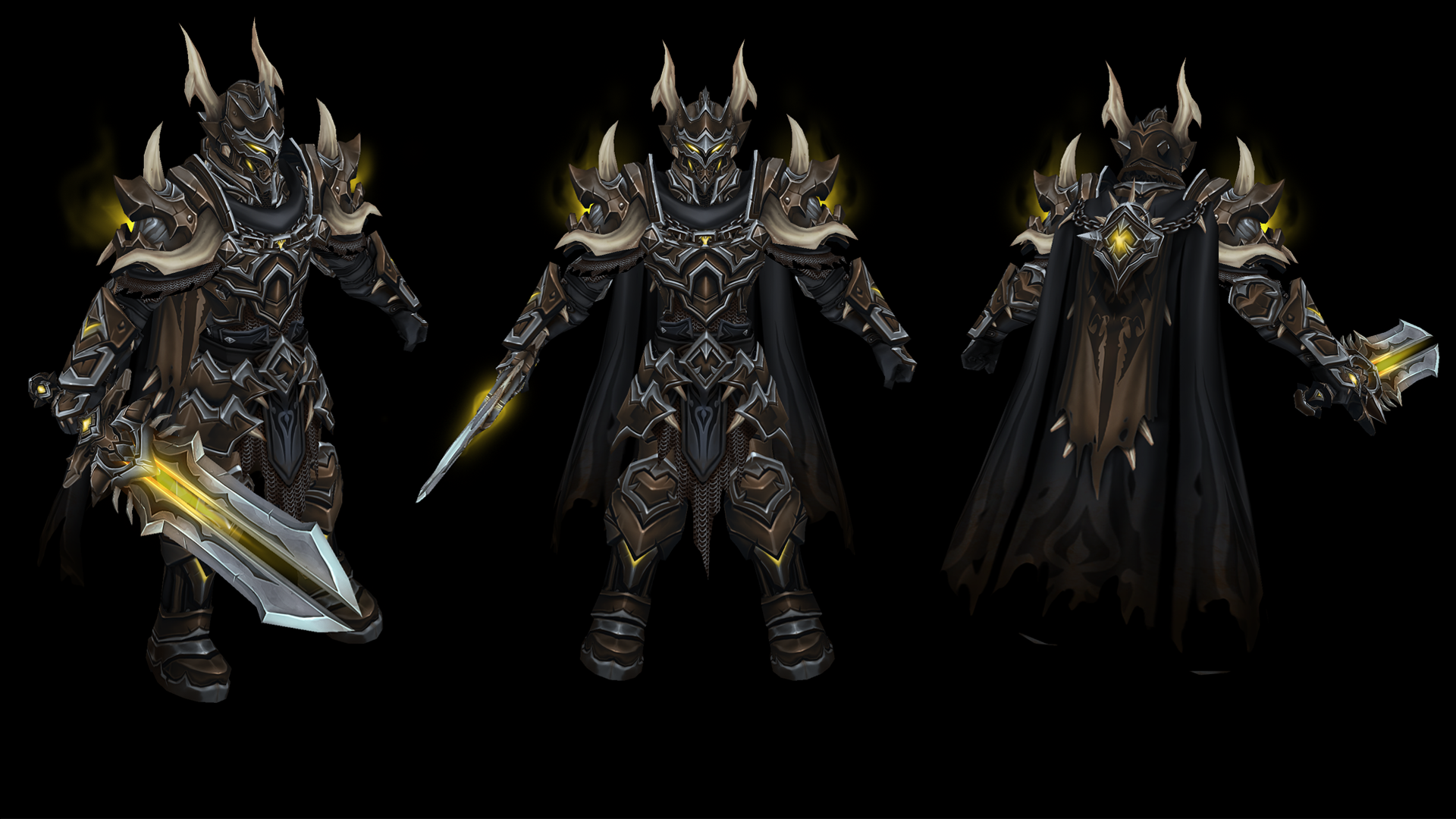 Each year, we kick off our fall festivities with the return of Mogloween, then we add something new. Rumor has it, there is going to be a Masquerade Ball this year. Maybe you will get an invitation? Before that, get ready for a big feature release: "Team vs Team PvP!" One of the PvP armor sets revealed above.

The best time of the year... begins now.

Taco-ween on!
Artix, Glisel, Rellik, and the AdventureQuest 3D Team