So, what does Yokai Mean?

When you're sailing to a place called "Yokai Isle", it might be a good idea to know what Yokai means. It is a Japanese word for "Supernatural monsters." Just like we use the word undead to group together ghosts, zombies, mummies, vampires, and liches.... the word Yokai groups together a vast number of Japanese style monsters. Many you have probably seen Yokai in anime, manga, or, uh.. Pokemon. Because every Pokemon is technically a Yokai.

Some are good. Some are protectors of the forest. Some are bad. Some are very, very good at being bad.

I fell in love with the Yokai in Japanese Folklore during my first visit to Japan. It is fascinating how this category of monsters spans giant skeletons made of skeletons, to lamp shades with feet, to turtle-like people with bowls for heads and beyond. Upon returning, I wrote a culmination of the legends, lore, and yokai that I learned about in AdventureQuest World's "Yokai Isle". The upcoming release here in AdventureQuest 3D will offer some of our most beautifully drawn Yokai yet. 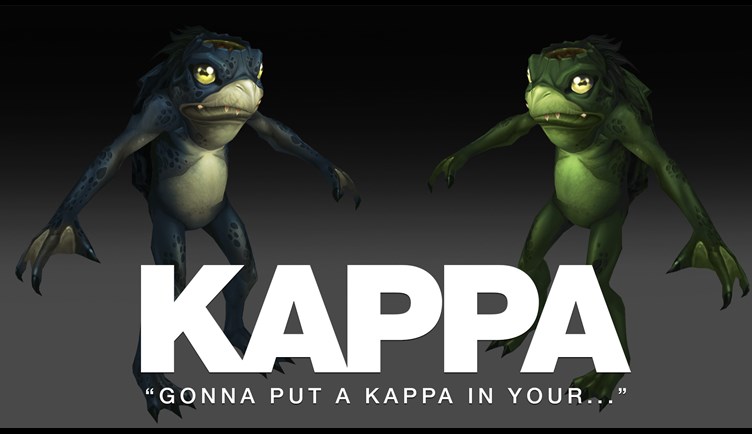 If there was a top 10 list of Yokai, then the frog-imp-like Kappa would make the top of the list. Found in water, they are troublemakers that often attack and do terrible things to humans. The bowl on their head is not an art mistake. They need it to surive outside of water. The water they keep in their "head bowl" is the source of their power and if it ever dries up they are in big trouble.

You will be facing this Yokai in combat. But in urban legends, a sneaky way to defeat one is to honorably bow-- which will cause the Kappa to bow back at you, spilling the water, and rendering it helpless. 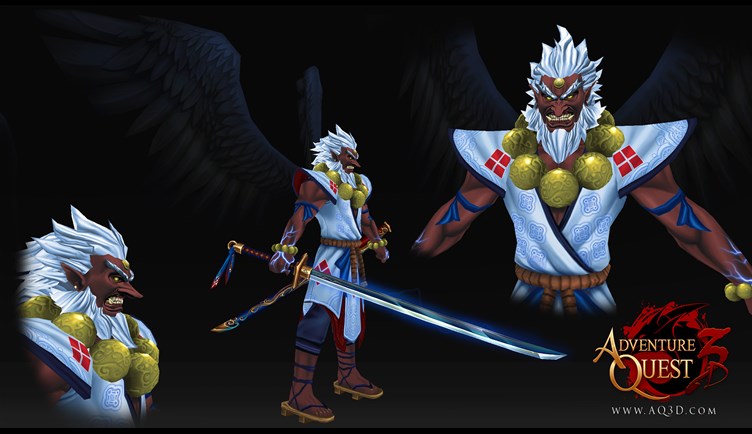 "You are my one and Oni love!"

Ogre? Demon? D. All of the above. The Oni are extremely popular monsters in Japanese culture. Definitely in the top 3 of all Yokai. They are huge, menacing, strong, and that is just describing their noses. 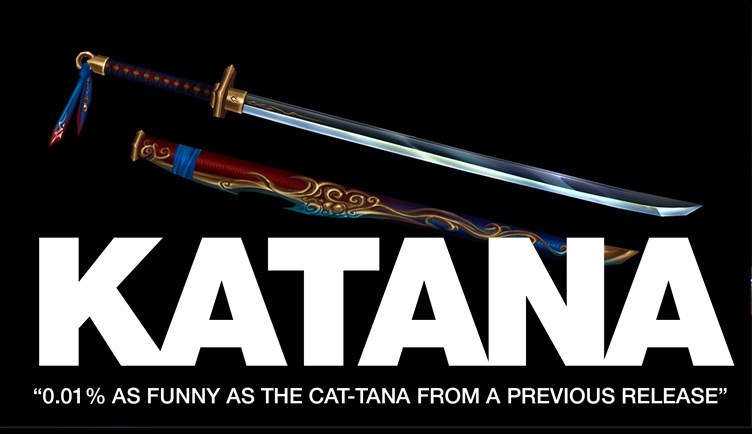 "Yes, technically a Sword could be a Yokai too... if it was a shape shape shifter or demon blade"

Perhaps one of the most well balanced and lethal blades in the world is the Katana. Do not get me wrong, a spork can be deadly in the hands of a true master. But nothing says, "Yup, you should'a wore the brown pants" to your foe like drawing the 23 & 1/2 inches of moderately curved folded steel from your Katana's sheath.

Semi-Random Fun fact: Every time George Lucas said "Light saber" in Star Wars, he was really talking about a Katana. The Jedi were heavily Samurai inspired. But, it's just so hard to slightly bend light to make a perfectly curved energy blade. Lucas was heavily inspired by the famous Japanese film maker Kurosawa Akira.  While we are digging down this rabbit hole... The Samurai movie "Hidden Fortress" is credited with being one of the biggest influences of Star Wars. No, Lucas did not hijack the script. But the movie told the story from the view points of two lesser characters. The same way Star Wars (IV) was told from the view point of the Droids. 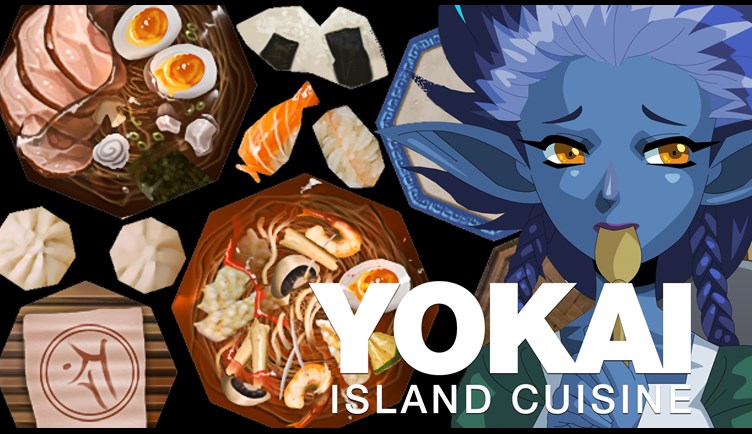 If you missed it, be sure to check out the post on Yokai Cuisine.

Hope this post was fun and informative. Cross your fingers, talons, claws, or 3D-mits for us for a smooth release... looking forward to seeing you on Yokai Island. (Which is our first area to feature the new 3D sound system)