I have been gone for 9 days. O_O 9 DAYS! How about we catch up with a big ol' post that jumps topics faster than parkour lemmings hop off a cliff?

I had trouble naming this post... here were the ones we did not go with.

Forbidden Tales from the Forests of British Columbia, Canada

It was a dark and stormy night. Here at the Lab. Now. While I am writing this. Not in Canada. While I was there it was beautiful, sunny, and.... other than the heat wave, wonderful. My Mother asked if I would join her on an important trip to take care of some personal family matters. This included taking a float plane to a secluded lake to spread my Father's ashes. It was his favorite place in the entire world. Originally, this was something my Mother wanted to do alone. But when she asked me to accompany her I did not hesitate in my answer. It was an important trip that I will remember for the rest of my life.

Long time YouTuber and AdventureQuest 3D player, Helimod, came to visit the lab! He asked a lot of questions about... everything. A surprising number of questions about AdventureQuest Worlds:Unity -- our upcoming mobile/steam recreation of AQWorlds. He definitely got an insider view of how we do things and what we are working on. Including an early play test of the Samurai Class. One of the best moments was when he walked onto the balcony (because our secret underground lab is apparently on the second floor) and was shocked to see where we are located looks like a real-life version of the town of the in-game Northpointe. He also had a nice chat with AQ3D's game lead, Yergen. Not that I would know-- I was not there O_O. I did call via speaker phone to talk to Helimod and the team during his visit.  A good while before his visit, I had contacted Helimod and let him know I was traveling and felt terrible that I would not be able to be there.  He was really just coming to see Dage anyway :P. We will certainly get another chance to meet in the future. The mind control device we clearly used to brainwash him into believing everyone here are actually friendly, passionate game devs will make certain of that.

The Power Just Went Out

No worries, I am on my laptop with hours of power. Was not kidding when I said it was a dark and stormy night. (Well, late afternnon-- it is 4:55) Some weird alarm went off in the lab too. We investigated and it was one of those weather warning radios. Big storms in the area. Good news for you... more time to write! 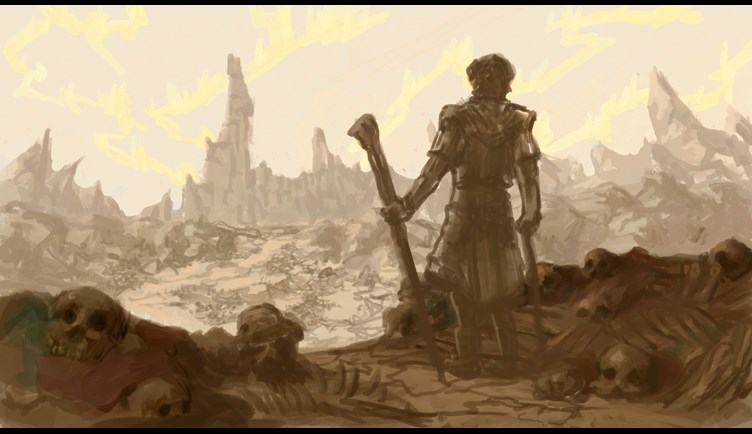 Woohooo! Just saw Korin's cutscene for the next Nulgath release... things are going to get DARK. "10 things you will not believe will happen in the Nulgath Saga, #4 will shock you!"  Your adventures with Victor Lionfang and his Paladins should prove memorable. While the team finishes populating the dungeons, cutscene FX, and polish work.... Clarion built a new quest line in Seleden Forest for this week. Should help bring the attention back onto the main story release. 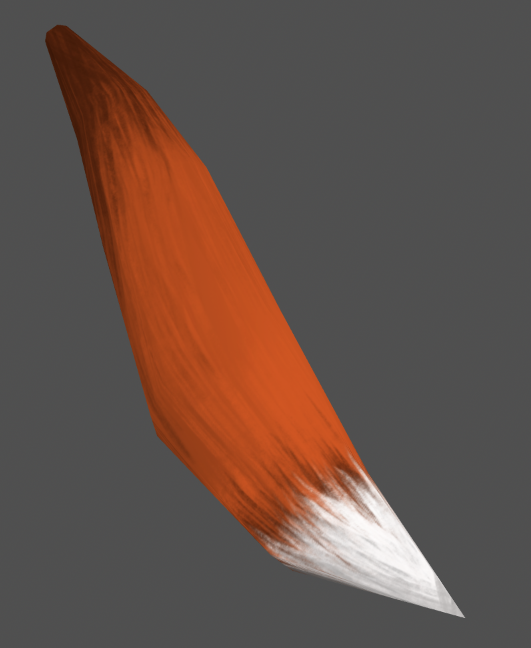 A while back we released a variety of animal ears. After seeing a request for a Fox Tail on Twitter, I asked the team if they could add one to the queue. Winnie created it, but it has not been released yet. Since this was a player inspired item... seems fitting player suggestions should also determine how you get it. How do you think we should release this fox tail in game? Let me know on Twitter (Note to self: Please go back and edit a link here to the twitter post. Note to you: Please remind Artix to do this, he can be very absent minded. Note to self: Stop talking about yourself in the 3rd person) 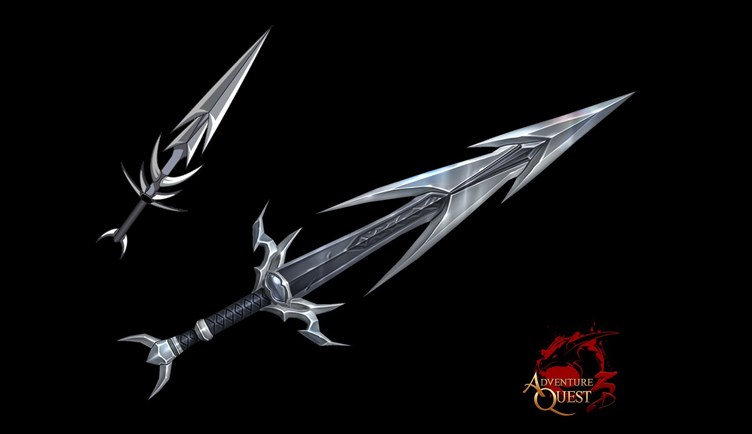 The Vorpal Blade was one of the original AdventureQuest's most memorable weapons. Released in 2003-ish, the blade and its unique special attack raised brows as often as it accidentally shaved them. The initial "simple release plan" for this weapon met a hard "NO!" from long time team members who felt this weapon absolutely needed a special and worthy quest-line for its release. So that is what we are doing. No solid ETA, but expect it as one of smaller releases in-between the big story releases.

Death's Bow & the Ashfall Bow Too!?

Often, new requirements are added to get new releases of apps like our game approved on the app store. On the 30th, a new app store rule requiring in-game account deletion was added. So we are adding that feature... very quickly! We will not be able to submit a new version of the game until it is done. This is not really a big deal. But thought it would be something you would be interested in knowing about. The coders will add the feature, and then we will submit a new build as soon as possible.

The official promo said our sale would continue to until the 10th. And that is exactly how it will be. (Internally on the Trello board, the 6th was slated as the end date. Thank you to everyone who reported it when it went down early.) Anyone who managed to buy a package while the sale was temporarily down has gotten their DragonCrystal Bonus applied. Everyone else has 48 hours or less left to take advantage of the offer in-game.

Our game's 2D sibling officially has a Steam Page. It is going to be neat to have both a 2D and a 3D game running side by side. It also means we will have a lot more Unity/C# devs as the more team members are trained.

Talking about cross-code sharing, Spider made a new set of tools for AdventureQuest 3D. These tools will allow our devs to make releases without requiring the Unity Editor to edit maps & machines.

"Not like any other class you have ever seen before." The Samurai Class will have the depth of  the Ninja class, but without the complexity. In short, this class is a Boss Slayer. The longer you fight, the more powerful you become. The team is working on the ultimate skill, soundFX, and skill icons now. We should have it up on the PTR in the next two weeks. Everyone felt that classes need a story. So this class will have a clear backstory and quests.

Lag sent me a message about Twitch Drops-- a way for streamers to get their viewers some special event game loot. We are looking into this to see if it is possible for us.

We have recently had two new hires for the AdventureQuest 3D team. We have a new high level coder and a animator/rigger/3D modeler. They have started their 3-month trial runs along-side the team. Wish them luck and good success at helping us make the game better for you.

Ah... we have reached the end of the post.

You deserve a medal for reading all the way to the bottom of this post. Wait. You did READ all of this right? Good. Because most people just skim the headlines. (OK. Me too. >_> This will be our secret. Unless you actually DID read all of that. In which case, wow.. you are superhuman.)

As you keenly know, the world can be a pretty cruel place. My life is dedicated to creating fantasy worlds were we can go to take a break from all of that. A place that is a second home where you are free to be anything you want. A place where you are the hero. (Or maybe a Dark Hero :D)

For as long as I have been talking to players online I have done my very best to be polite, kind, funny, and entertaining. If you follow me on Twitter, then you have probably noticed that I do not say bad things about anyone-- not even when I am directly attacked. I think creators on the internet today need really tough steel skin.

I am really proud of the team for all of their hard work and Even when things are not how we want them yet, if we keep making it better every week.... we will ultimately succeed in getting there.

My sincere respect to all of you putting themselves out there creating things. Also, thank you to everyone who is out there proudly supporting them... and us.

P.S. We have another special guest coming to visit the lab on Tuesday. I rescheduled a pod cast appearance to make sure I would not miss this one.
P.P.S. The storm stopped an hour ago... how long have I been writing this? O_O