AE's most recent game has just been released but Dungeonborne isn't ANYTHING like our previous games. 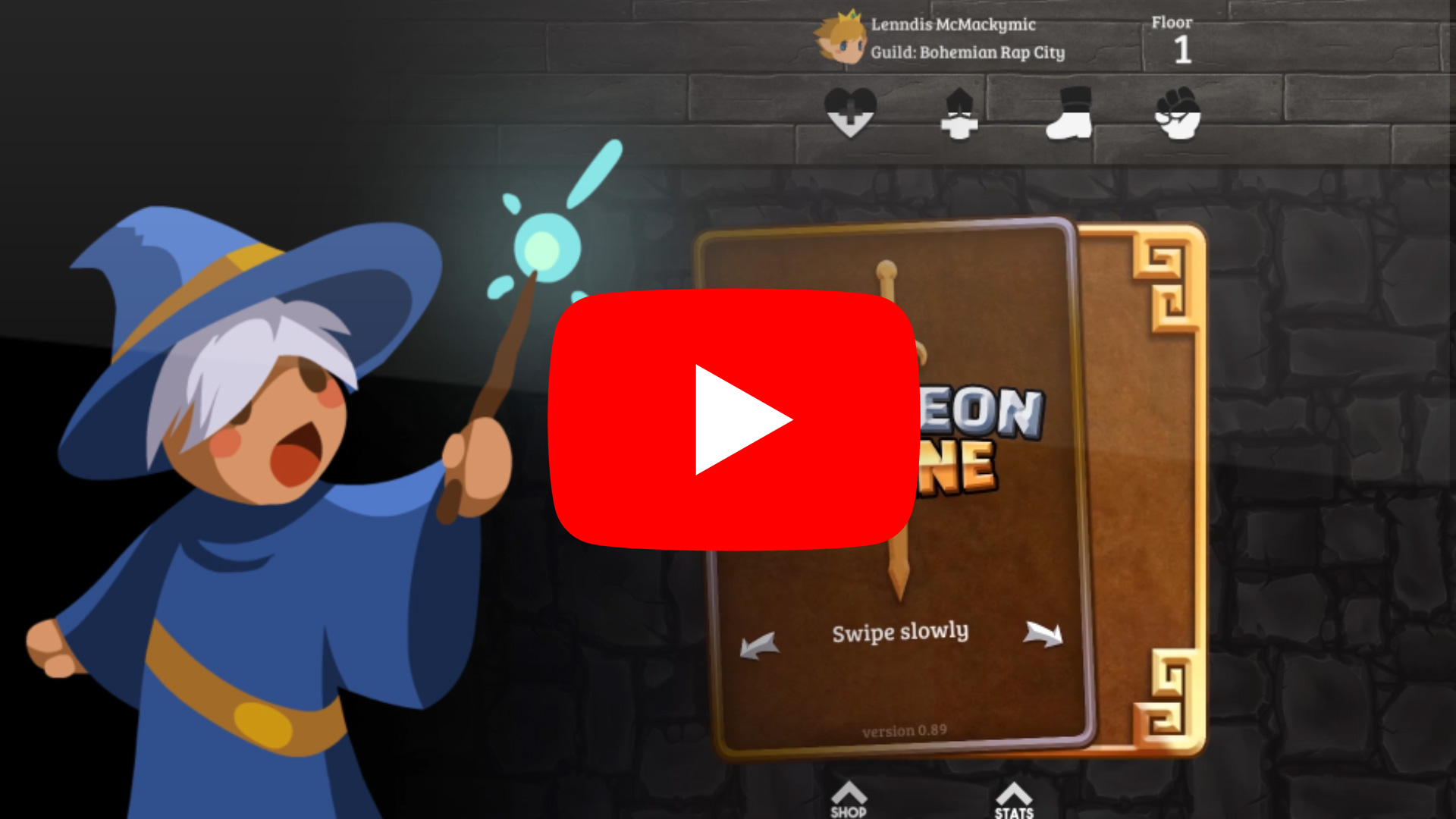 Go to the official DungeonBorne webpage to watch the trailer

It's a game. It's free. it's for Apple and Android.

It's a bit like Tinder meets a Determine-Your-Own-Adventure book. You take on the role of a Dungeonborne who's task is to explore the Ever Changing Dungeon for the glory of your guild. You encounter various traps, monsters, and other things and you can swipe your card left or right to make different choices on how to proceed. Do you attack the Lizard Wizard or befriend it? Do you drink the red potion you just found lying on the ground or was it lying there for a good reason? Do you jump or duck to avoid the poisoned arrow flying at you...

I'll just say this flat out, there IS a way to escape the dungeon. It's nearly impossible and I doubt anyone will ever do it so don't focus on that, but we did actually build a way out. But most of the time your Dungeonborne hero will make their way through the dungeon, making choices and finding snakes and eventually they will die. Then you start a new one. The hero names and guilds are randomly selected but you do get experience for playing and hitting a new level means unlocked a new encounter that is randomly shuffled into your deck. This XP Level is persistent so every hero after that will have access to that new encounter that the previous one unlocked.

The idea is just to explore the dungeon and get as far as you can and maybe get a few laughs along the way.

HOW DOES IT MAKE MONEY?

It doesn't. There are some optional ads that will boost your stats if you decide to watch the ad. There are some required ads that will boost a single stat of your choice. There is a single small package that unlocks a few new encounters and removes the required ads (or is supposed to. That doesn't work right now but PanicPop is patching that as we speak) but the optional ads are always there... but they are optional so you can say No Thanks. A lot of people felt that the ads were too frequent so we are pushing back the first time you see an ad and dropping the spawn of the ads significantly, meaning we make even less off of it. it might make a few bucks, but it was't designed to earn.

IF IT DOESN'T MAKE MONEY THEN WHAT'S THE POINT?

Dungeonborne was a result of the AE Game Jam that we did back at the start of 2019. The whole lab broke up into small teams and each team got to pick an idea for a game and we got ONE WEEK to get it as close to completion as possible. Rabblefroth, fisn and I broke off and started working on this game. We like the idea of the Tinder-like, card swipe games and I thought it would be a great concept for a random encounter dungeon crawler, so we got to work.

One week later, every team got together and we all showed the rest of the lab how we did. Everyone had so many great ideas, we all learned a lot from working on different projects in new ways, and it cleared out the cobwebs that gather when you work on the same game every week for years. THAT was the point. Seeing how far we could get. Seeing if the experiment played out. Challenging ourselves and maybe coming up with a small jam-sized game that people might enjoy.

These were never intended to make money.

WHY WASTE YOUR TIME INSTEAD OF WORKING ON THE EXISTING GAMES?

Because it wasn't a waste and there's no "instead of" here. The game jam was a great experience and the new skills that we took away from it were well worth the week we spent on them. After that week we went right back to work on our main game projects (actually, some of us did both at the same time), and Dungeonborne was finished in off-time between then and now (which is was released yesterday even though the first week of January was months ago) while we continued working full time and beyond on AQ3D and our other games.

The original Game Jam Team were Rabblefroth, fisn and I.

Rabblefroth did the game's coding.

fisn did the card and icon art.

After the jam week, we asked Jongaar to make an original track for us to use as a soundtrack and he killed it. Thanks, Jon!

PanicPop (the mastermind behind the entire game jam idea) came on after the jam was done and helped with UI, ads and some additional game features (cards unlocking at different levels, etc), Thanks Panic!

THAT'S A LOT OF ADS

Yeah, we agree. We're going to be testing out a few different options to make the ads less annoying and see what works and feels best.

ARE THE CARDS ALWAYS THE SAME?

The Trap cards are. You can memorize those and I suggest that you do.

THIS GAME IS TRASH!

Thanks for the feedback. I think you know where to cram it.

We know it's not perfect and not for everyone but we really enjoyed working on our little project and we hope that some of you will get a few laughs out of it, or it will help you kill a few minutes waiting in line for Endgame. I wish we had another week to crank out a ton more encounters but we had a time limit and we did the best we could in that time. For better or worse the game is done. I doubt we will be coming back to it. Now, the next jam team gets to work on THEIR game in their free time!

I HAVE MORE QUESTIONS!

Cool. I'll try to answer them. You can try the FAQ, or the Dungeonborne channel on the Artix Games Discord, or just throw them at my Twitter.

Now it's your turn. I challenge you to come up with your own game concept, download Unity (free), get some (also free) art assets from the Unity store and watch some (so much free) tutorials on YouTube. See what you can get done in a week and maybe you'll hit on an idea you can't put down. I can't wait to see what you come up with! 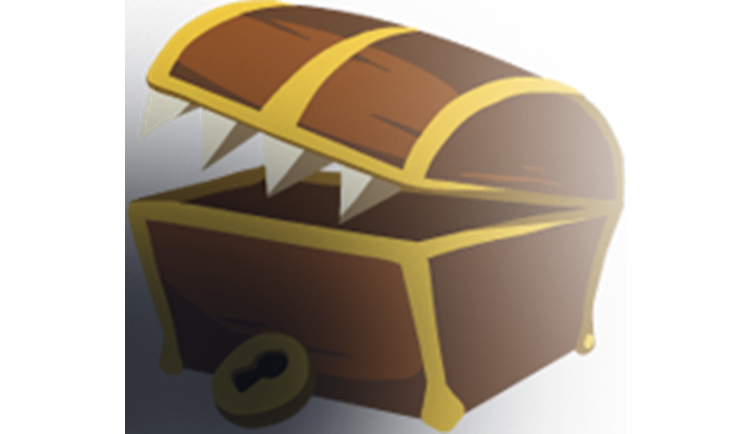